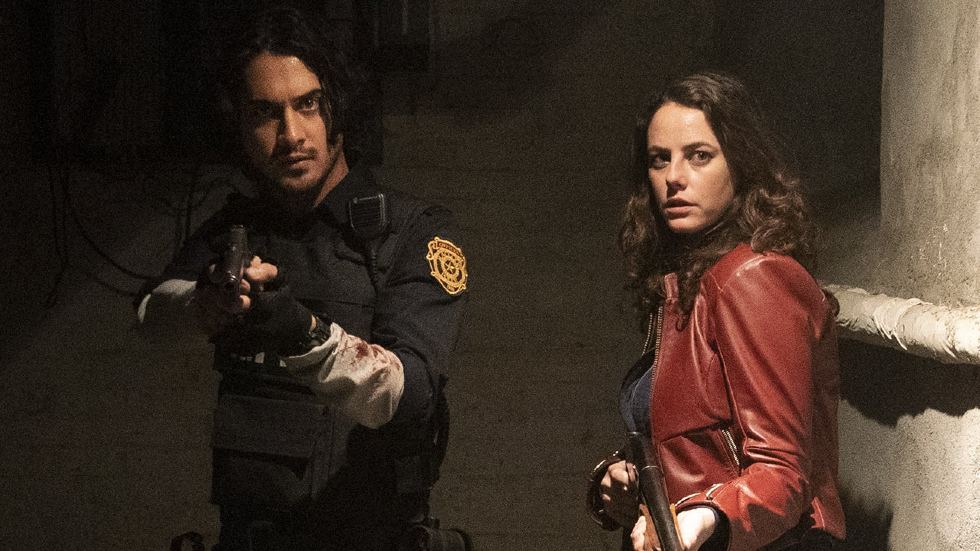 I know I’m not the only one glad we’re getting a fresh coat of paint on the Resident Evil movies. The series by Paul W.S Anderson never resonated with me and the movies were only associated by name, with over-the-top action and outlandish situations. Sure, the same could be said for some of the games but it struck differently.

Today we got our first look at Resident Evil: Welcome to Raccoon City, showing off Claire and Chris Redfield, Leon S. Kennedy, Jill Valentine, and Albert Wesker. Johannes Roberts wrote and directed the upcoming film and promises to bring the games to life, basing his movie on the first two Resident Evil games.

Speaking to IGN, Roberts had this to say about the project and how his movie differs from the ones starring Milla Jovovich: “This movie really had nothing to do with the previous franchise. This was all about returning to the games and creating a movie that was much more a horror movie than the sort of sci-fi action of the previous films. I was hugely influenced in particular by the remake of the second game and I really wanted to capture the atmosphere-drenched tone that it had. It was so cinematic,” he says to IGN.

“The previous movies were very bright and shiny whereas this movie was dark and grimy, entirely shot at night. It’s constantly raining and the town is shrouded in mist. … I was hugely influenced by movies like The Exorcist (and Exorcist 3!), Don’t Look Now, and The Shining. You can really feel the texture in this movie. Nothing in this town feels hi-tech. It feels dilapidated. I wanted Raccoon City to feel a bit like the town in Deer Hunter; a ghost town forgotten by the rest of the world. And the whole structure of the film was definitely very influenced by Assault on Precinct 13.”

Kaya Scodelario will star as Claire Redfield, with Robbie Amell her brother Chris, who is tasked with investigating the Spencer mansion. Hearing that Chris and his team have vanished, Clare heads to Raccoon City to find her brother and discovers more than she bargained for. Rounding out the supporting cast is Hannah John-Kamen as Jill Valentine, while Avan Jogia stars as Leon S. Kennedy, a rookie Raccoon City Police Department recruit who works with Claire to search for her brother. The Umbrella Academy’s Tom Hopper plays Albert Wesker and Lily Gao plays Ada Wong.