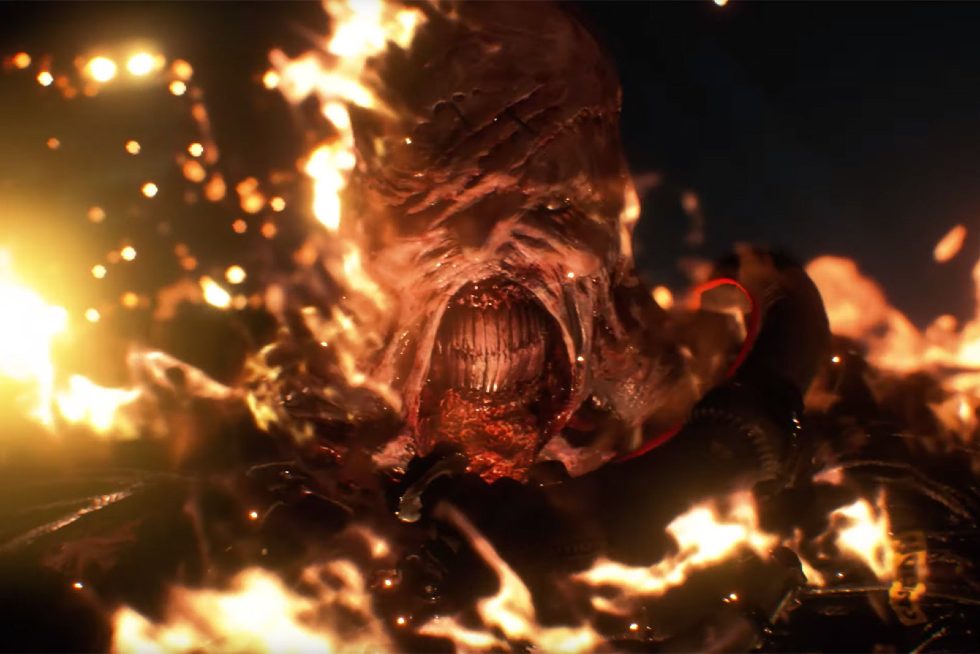 Whether you’re terrified of Mr.X or Nemesis, this new trailer does a good job at letting you know that you’re fucked up either which way way you go.

In a new trailer from Capcom, the trailer focuses on Nemesis. In the original Resident Evil 3, Nemesis came across as an unstoppable force that was hellbent on destroying Jill Valentine.

Unlike the Tyrant series and its knack for punching people, Nemesis has some combat enhancements that set it apart, making it a far more deadly foe as a result. Higher intelligence and the ability to use weapons combine to form a monster that can make its own decisions on how to approach any mission – and what weapons it will use to achieve those goals. As if that wasn’t bad enough for Jill, Nemesis also has incredible healing capabilities, making defeating it virtually impossible. No matter how many times you take Nemesis down, it gets right back up with a tentacle ready to strike.

Resident Evil 3 Remake launches on April 3, 2020 for Xbox One, PlayStation and PC.