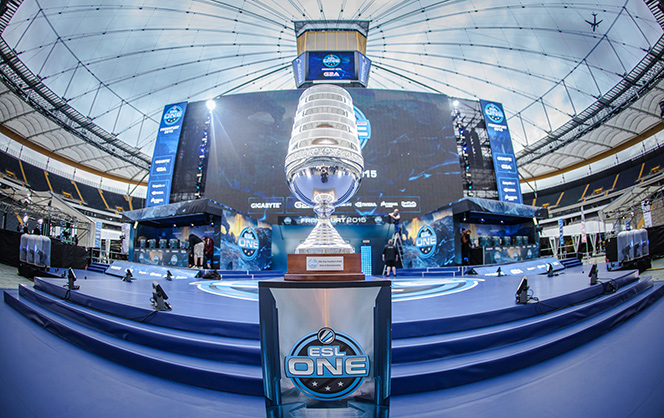 Missed ESL Frankfurt this year? Not to fret because we have some excellent pictures to share of the event and what an event it was! With video to boot, this really showcases how exciting these events have become for gamers and everyone in general.

ESL One Frankfurt 2015 was truly a festival experience: cosplay, balloon-making, bull-riding and so much more alongside truly unforgettable games. – Games that propelled peak viewership to well over one million concurrent viewers! Hard to believe we packed a weekend like that into just under five minutes, but we did. Click on the image below to watch our official ESL One Frankfurt 2015 aftermovie.

A big thank you to all those who contributed to the atmosphere, event and coverage. If you were on the ground in Frankfurt, be sure to check out thephotobooth pictures on Facebook and be sure to tag yourselves. Our photographers might have caught you on film also, so don’t forget to check out our official Flickr gallery!

As we prepare to host competition across two halls and over fifteen games at this year’s gamescom, Dota 2 teams are preparing for the biggest tournament of their lives. Who will rise? Who will fall? And who will pull it together to challenge for the next ESL One title: ESL One at New York Super Week in the Theater at Madison Square Garden? Keep up to date with more information on @ESLDota2 and www.esl-one.com