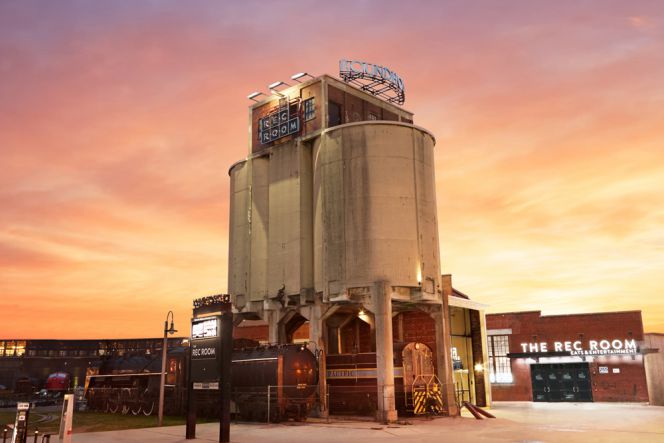 The Rec Room Opens Today At The Roundhouse In Toronto

The massive entertainment complex that is right across the street from the CN Tower and Ripley’s Aquarium has finally opened! Cineplex has launched a massive new arcade in the heart of the city, with a 40,000 square foot space full of things to do.

Inside, you’ll also find The Void, an interactive VR experience that will blur the lines of reality, something I’m excited to is Ghostbusters: Dimension where guests step into a truly immersive virtual world with family and friends, which turns guests into Ghostbusters, transporting them to New York City to track and trap ghosts while engaging all the senses with sights, sounds, smells and motions. A destination that puts food first, The Rec Room serves the very best in wood-fired, Canadian-inspired cuisine that has the perfect pairing for any occasion. The Rec Room is the social playground for anyone, and everyone – there’s always something going on to make things a little more interesting.