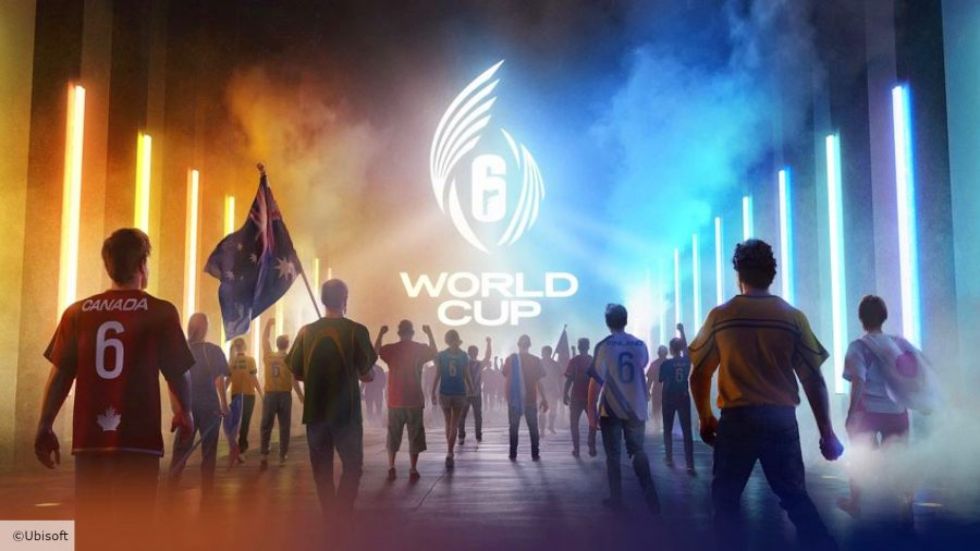 In a time when COVID-19 has robbed us of patriotic esports events like the 10th iteration of DOTA‘s “The International.” As well as the ability to see things like the upcoming Overwatch League Grand Finals in person, there’s exciting international news coming out of Ubisoft’s Rainbow Six Siege (R6S). Last week, in their “Forward” showcase event, the company took a few moments to thank the fans and players of the five-year-old R6S competitive scene.

The message of gratitude comes across in the form of a very Europen football-esqe teaser showing off the civic pride and competition that permeates the Rainbow Six Siege scene internationally. Ubisoft’s esports director, François-Xavier Dénièle, took to the broadcast to say, “We noticed during our events that both professional players and fans showcased their national pride and enthusiasm. As we saw all the different flags in the audience and international rivalries emerge, we began nurturing the idea of creating such a competition. The idea evolved into the World Cup we are announcing today. We believe that the World Cup will be a great opportunity to celebrate the Rainbow Six Siege community, both local and worldwide, while also providing new stakes and challenges for professional players.”

As it stands, R6S has enjoyed rather prosperous infancy in terms of professional esports.  While it hasn’t had a decade to grow in the way that esports mainstays like DOTA and League of Legends have, R6S has a player base exceeding 60 million as well as a thriving pro scene that includes 40 teams across Europe, Latin America, Asia-Pacific, and most recently, North America.

The plan is for the Rainbow Six Siege World Cup to take place in the summer of 2021, with a long lead-up process that starts today. Forty-five participating countries from the regions above will select a “National Committee” consisting of three team managers. Later this fall, those managers will be forced to pick five players from their national player base. True to the spirit of development found in the R6S scene, players can be professional or challengers, meaning that there’s an incredible openness to the Rainbow Six Siege World Cup.

The tournament will begin to play out in the first half of 2021, where a currently unknown 14 countries will receive an automatic invitation to the finals while the remaining 31 take part in a qualifier gauntlet. Six teams from that gauntlet will join the 14 other invitees in a grand final tournament for the ages.

The tournament will be overseen by a celebrity ambassador who has 20 years’ experience in dealing with pressure from international sport, Tony Parker. The French-American basketball phenomenon enjoyed a career that cast him as one of the earlier international ballers. So he’s got some experience in playing for his country. He’s taken up esports himself in the past few years and was super excited when Ubisoft gave him a call to become an ambassador.

“In the Rainbow Six World Cup, players will compete alongside new teammates and new coaches from their home countries; players that might be their rivals otherwise. They will experience something new, and I am excited to share my experience and accompany them in that adventure as part of my role as an ambassador. I have been involved in esports for the past six to seven years now, and when Ubisoft first came to me with this project, I was convinced they wanted to create something special.” Parker comments in the video.

Console Creatures is following up with Ubisoft directly to learn more about how the Rainbow Six Siege World Cup is going to work, and you can bet that we will be writing all about this leading up to the finals in the summer of 2021.