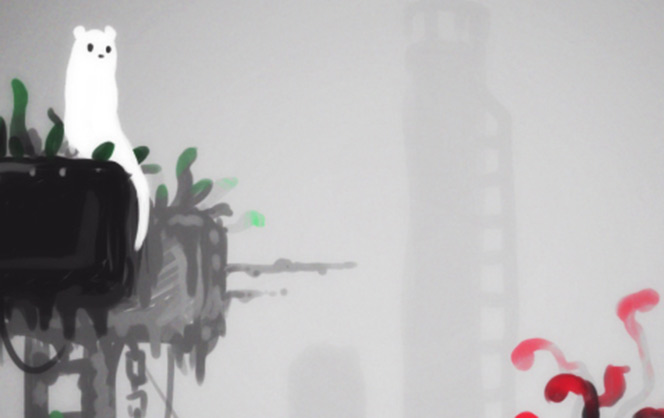 Rain World Has Some Interesting Ideas For It’s World

The PlayStation Blog has a guest post by Joar Jakobsson who is both artist and programmer on Rain World. The studio behind Rain World, Videocult, has been working hard on its upcoming game and have taken some time to explain the inner-workings of the eco-system that will be in the finished game. It’s pretty brilliant, I think.

First of all, what is Rain World?

Rain World is a dark, dank, and grimy landscape. It seems to have once been industrial, but it’s crumbling under devastating rain, intense enough to crush the bones of any critter caught outside. You play as a little animal called a “Slugcat,” nimble and clever, but decidedly outgunned in terms of raw killing power when compared to… basically all the other beasts inhabiting the dripping ruins around you.

It sounds dreary, but, also, interesting. So what Joar explained what the studio was working towards with Rain World, we pressed on to find out more in the article.

With Rain World, we are doing quite a lot of things differently from the standards of video games. As much as a game, we’ve built a kind of living ecosystem simulation where creatures exist independently of the player and autonomously search throughout the world for food and shelter.

The slithering neon lizards you encounter have brutally dangerous claws and teeth, but are also individuals that can learn to recognize you. The mighty vultures swooping down from above are fierce hunters of both lizards and slugcats, but they’re not mindless machines — if you wrong one it may decide to track you specifically and you’ll never again be able to pass under open sky without an anxious eye upwards. The scruffy scavengers rooting through the garbage heaps are distrusting and dangerous, but save one from the jaws of a vulture and you might make a friend, or eventually even gain the trust of the entire pack.

This sound like a treacherous world to explore and by crossing the wrong animal, you effectively make your game harder because they might come after you at a later time. you can also help by saving them, which will gain you an ally, providing new ways to examine your surroundings, discovering important information and more.

Rain World sounds awesome. Check out these beautiful gifs in motion below!