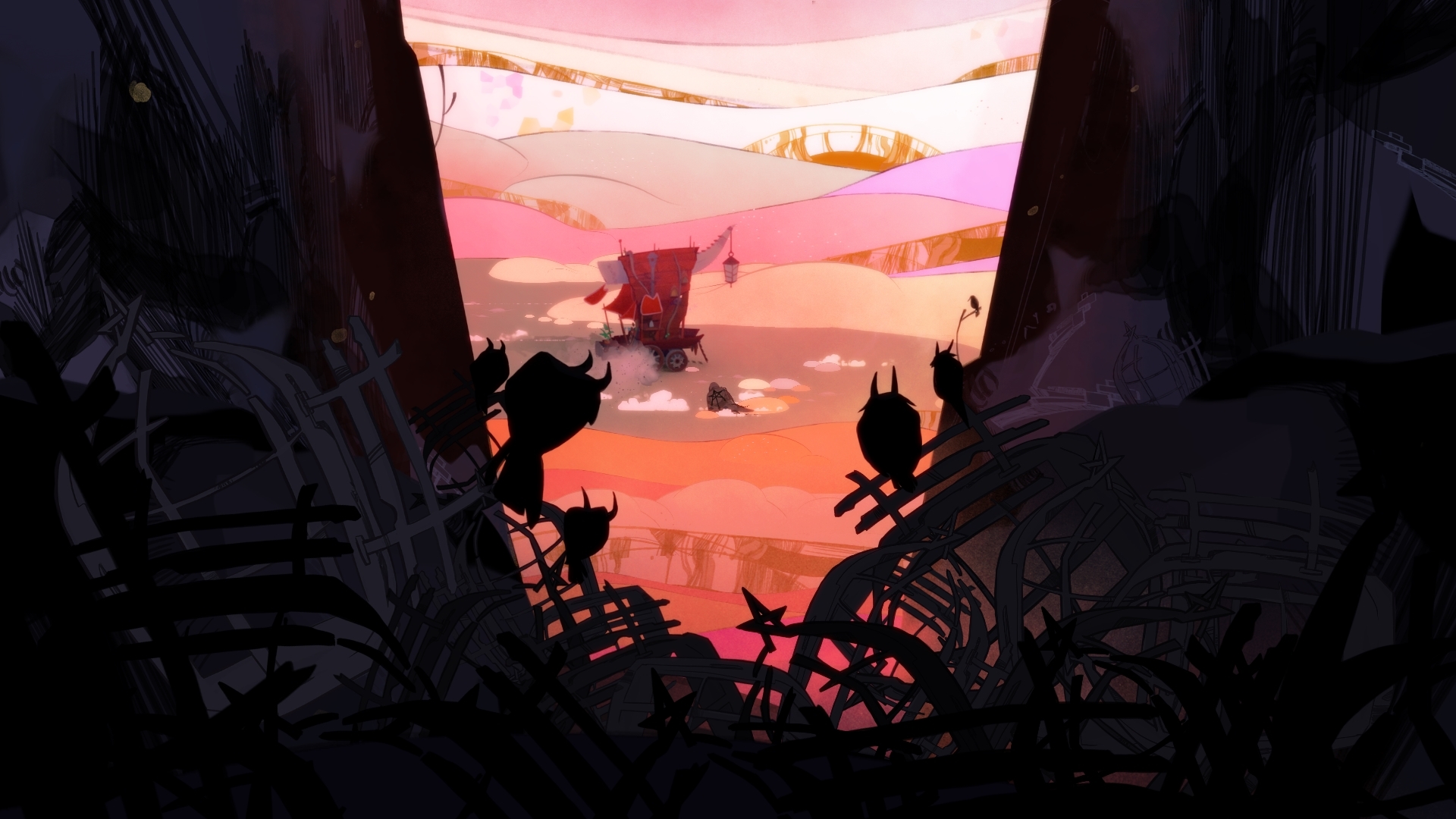 From the developer who brought Bastion and Transistor, Super Giant Games have announced their newest game, Pyre, coming to PlayStation in 2017!

Play it at PAX: We’re bringing Pyre with us to PAX East this week! If you’re coming to the show, visit us at booth #8212 and let us know what you think!

About the Game: In Pyre, you lead a band of exiles through an ancient competition spread across a vast, mystical purgatory.

Pyre once again showcases our small team’s commitment to rich atmospheric presentation and storytelling, along with a distinctive gameplay blend that combines expressive decision making on the world map with fast, action-packed confrontations against rival groups of exiles whose own freedom is at stake. We want to create a large cast of characters you can grow close to as you travel together across a strange and wondrous land.

The Story So Far: At the beginning of the game, your luck has almost run out when several masked wanderers find you and revive you from the brink. With your help, they seek to learn the truth about the Rites, a secretive competition through which the worthiest exiles can return home, absolved of their transgressions.

As you journey across the Downside in the wanderers’ custom blackwagon, you’ll meet a variety of characters of all shapes and sizes, and learn what’s at stake for each of them should they prevail in the Rites. Your actions will determine who returns to glory, and who remains in exile to the end of their days.