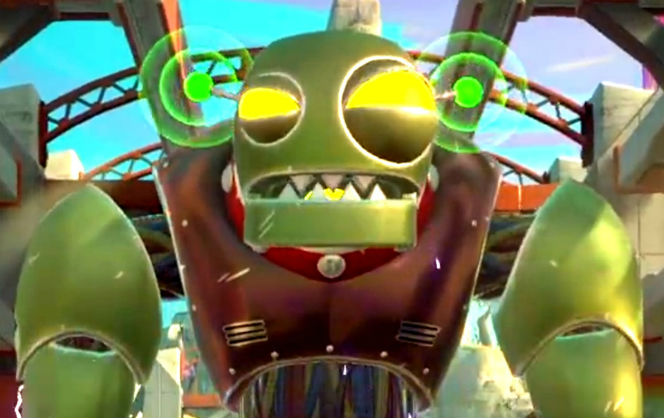 PopCap Vancouver has announced the next free major content update coming to Plants vs Zombies Garden Warfare 2. Trouble in Zombopolis will introduce a giant new map, two new characters, and over 1,200 new character customization items for even more fun!

Trouble in Zombopolis is free for all players and releases just in time for summer.  Playerscan jump into the biggest zombie map ever in the franchise – Zombopolis – and fight their way through dank sewers and down Brain Street Strip. Toxic Citron and Breakfast Brainz join the fight as they face off in the ultimate showdown while Dr. Zomboss hatches a plan to exterminate all plant-kind!

The update also includes critical fixes to numerous issues within the game:

Also included are general bug fixes, such as Hit Detection improvements and what not.

Plants vs Zombies Garden Warfare 2 – Trouble In Zombopolis: Part One is coming to all players for free this summer.