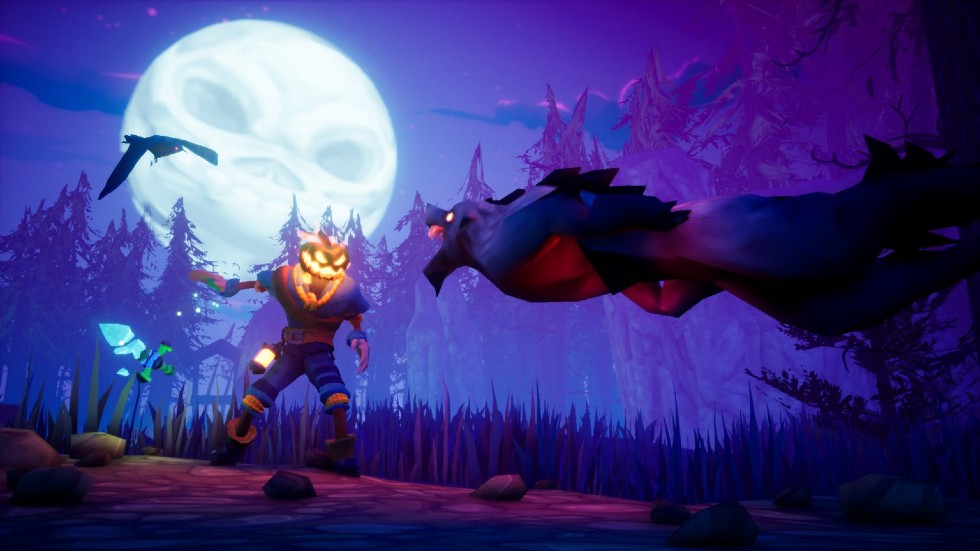 From developer Nicolas Meyssonnier and publisher HeadUp, is a new game that reminds of MediEvil and that’s a great thing. If you’re interested, a demo is already available on PC.

The publisher describes it as something Jak and Daxter and MediEvil fans will love, as “you jump, dodge, and carve your way through challenging enemies and daunting puzzles. The use of Unreal Engine grants for gorgeously rendered and gruesomely colourful landscapes.”

Set in the Boredom Kingdom (yes, really), the Devil is upset at how peaceful the kingdom is and that sets him off into a rage. As one does, he unleashes the Curse of Eternal Night and the rest takes place within the game. Instead of being the hero though, you battle the summoned wizard who plans on stopping the Devil as Pumpkin Jack, who was summoned by the Devil to stop the humans.

No official release yet but Pumpkin Jack is coming to Xbox One, PlayStation 4, PC, and Switch this year.