PlayerUnknown’s Battlegrounds, or PUBG, is among the most popular multiplayer games available for PC today. Gameplay consists of roughly 100 players jumping out of an airplane to reach the battlefield, an island measuring 18 kilometers by 18 kilometers. You don’t start with any weapons, armor, or gear; instead, you loot the area for these things as a blue energy field shrinks the size of the arena. Players are ultimately brought into close proximity to the shrinking space, setting the stage for a climactic showdown to end the match.

PUBG launched in early access back in March, so players entering the game for the first time now may feel like they are at a significant strategic disadvantage against more experienced opponents. The overall strategic aspect of PUBG has nothing on a game like Arma, but it still plays a vital role in the outcome of matches. The tips below will help you survive in your quest to be the last one standing.

Getting the first crack at the loot in your starting area is an excellent way to start a match. Not only will you find better equipment, you also won’t need to worry about enemies jumping you before you’re prepared for battle. You can drop from your plane faster by holding W while pointing your camera directly at the ground, ensuring that you can start looting the environment as quickly as possible.

It’s even better if your team is the only one in a particular area, but this isn’t always a feasible option. 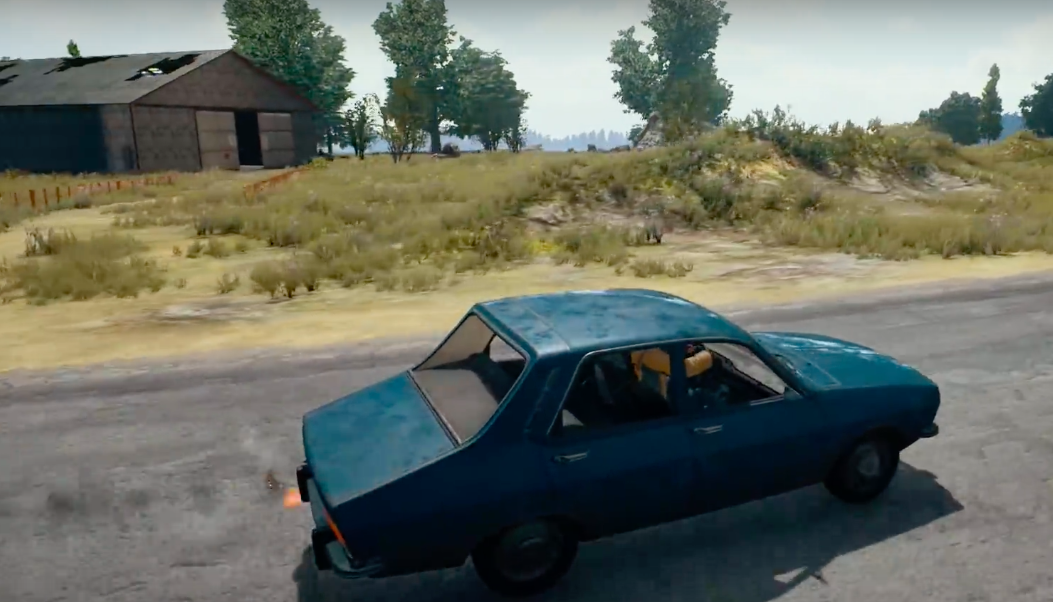 Newer players are frequently tempted to stand still as they organize their inventory or plan out their next move, but this is a major no-no in PUBG. Headshots are usually instant death in this game, and stationary targets allow skilled foes to line them up consistently. Instead, constantly move around by proceeding laterally toward your target (if you have one) or using the WASD keys to dance around while you’re organizing your items.

3. Always Look Around For Potential Enemies 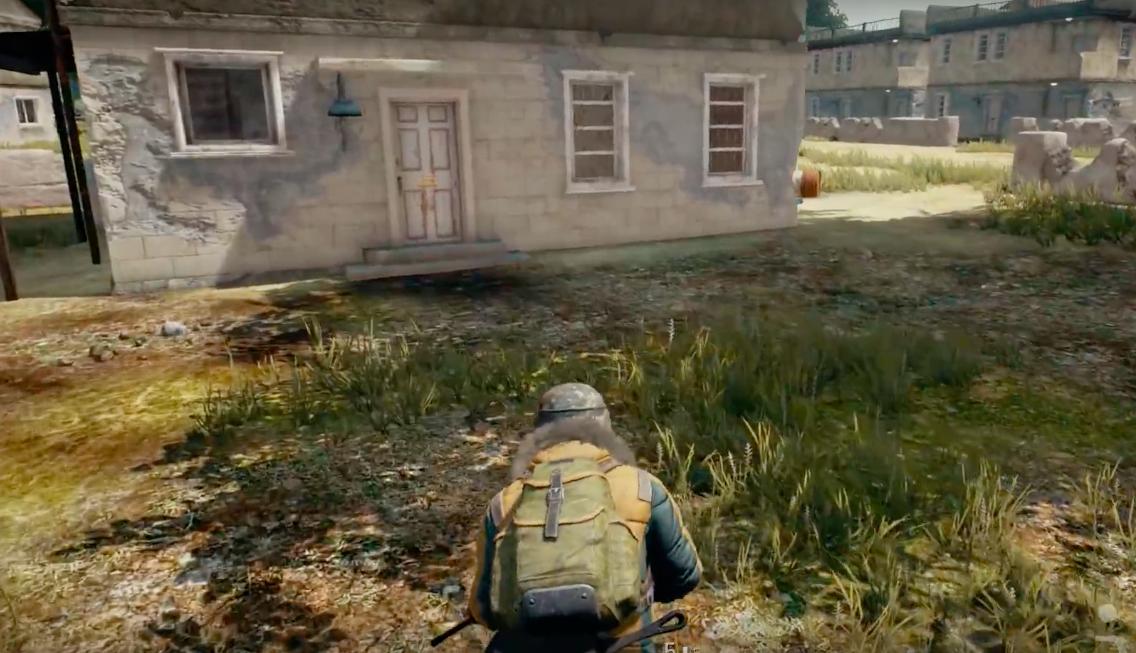 PUBG’s default third person view places the camera over one of your character’s shoulders, favoring one side in your line of vision. You can change which shoulder is favored by holding your right mouse button and tapping Q and E, allowing you to carefully maneuver around corners or check if any enemies are hiding in cover with the maximum field of vision possible.

Freelook is also an indispensable tool in your scouting repertoire. Holding down the Alt key while specifying a direction will tilt your character’s head (and the camera) in the direction specified without turning your whole body in the process. This is particularly important during the initial aerial descent, as it allows you to scout where other parachutes are heading without compromising your speed. It is also a helpful technique while prone, as shifting your entire body for a better view will likely lead to your detection.

4. Watch Out For The Red Zone 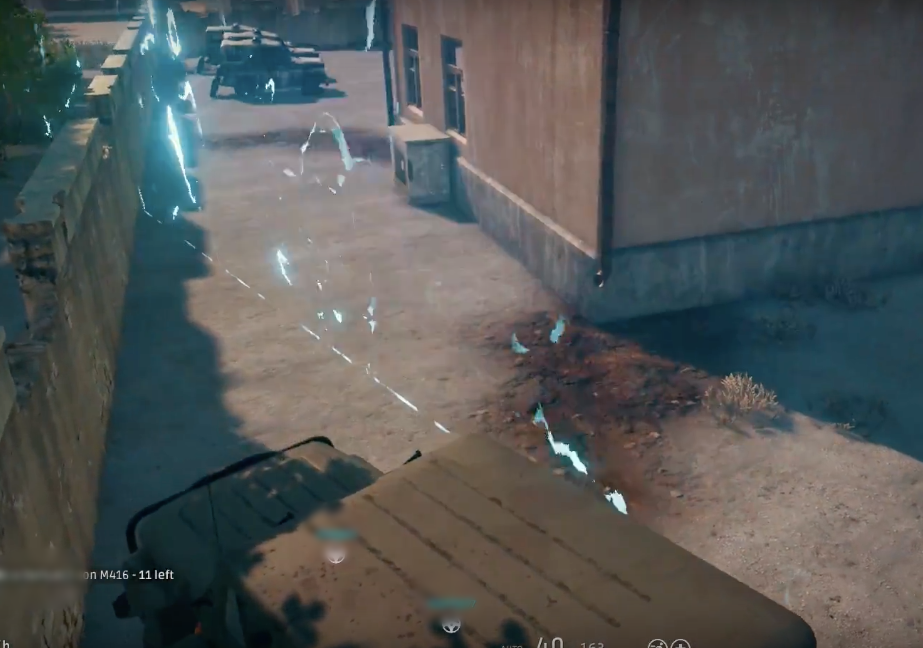 Your in-game map typically displays two areas: the safe zone you can travel through freely and the blue death zone that has become out of bounds. Red Zones are sometimes displayed as well, indicating that an area is about to be firebombed. An in-game announcement makes this clear before it happens, but many players are too engaged in looting or fighting to notice the text warning.

Getting firebombed isn’t an instant game over, as we’ve survived a few even as bombs were falling all around us. Still, you should avoid the situation if at all possible. 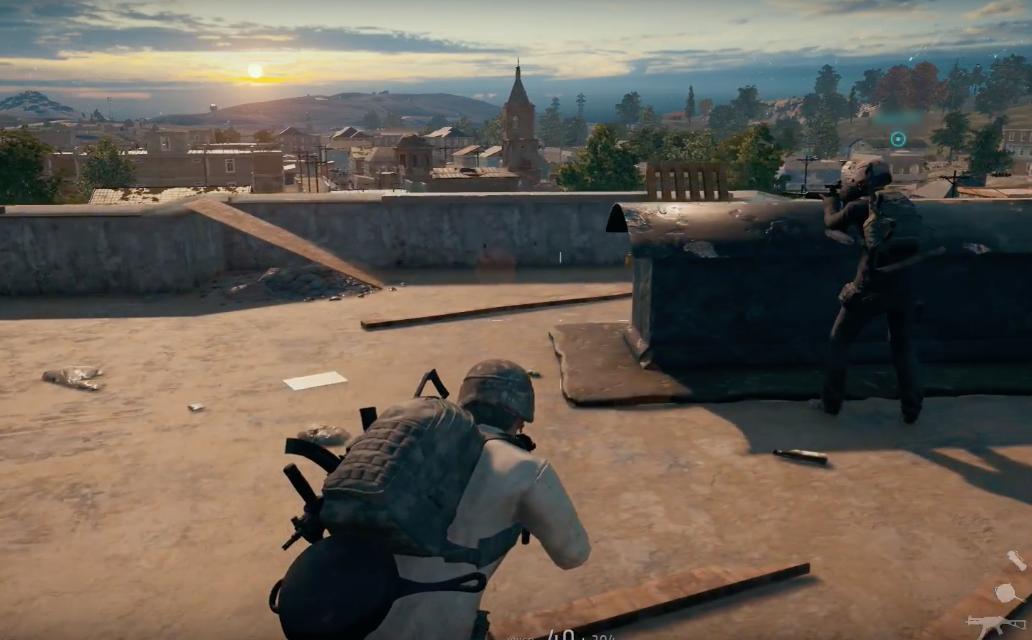 PUBG is a team-oriented game, a fact that the game developers strictly enforce by banning players who eliminate their own teammates. If you kill them on purpose, you’ll be banned. Avenging teammates who died to friendly fire will also get you banned. There’s enough danger in PUBG without worrying about allies stabbing each other in the back, so focus on your enemies instead. 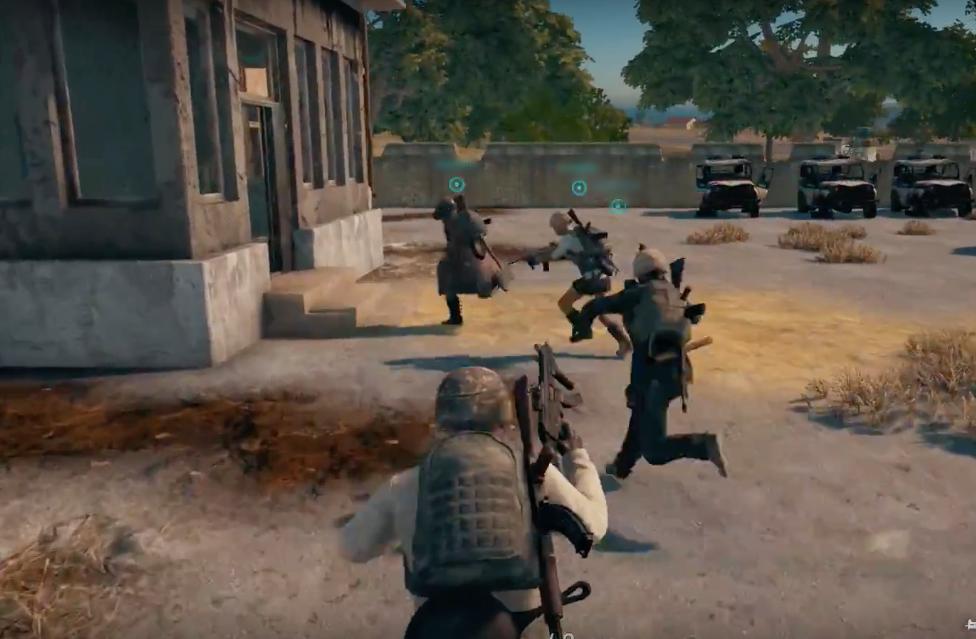 Since we’re not killing our teammates, we might as well use them. First, ensure that you have a high quality microphone so that your team can clearly hear everything you say to them. Then, practice communicating with them. It’s harder than it sounds to accurately convey a battle plan in the middle of a firefight, but you’ll get the hang of it eventually. 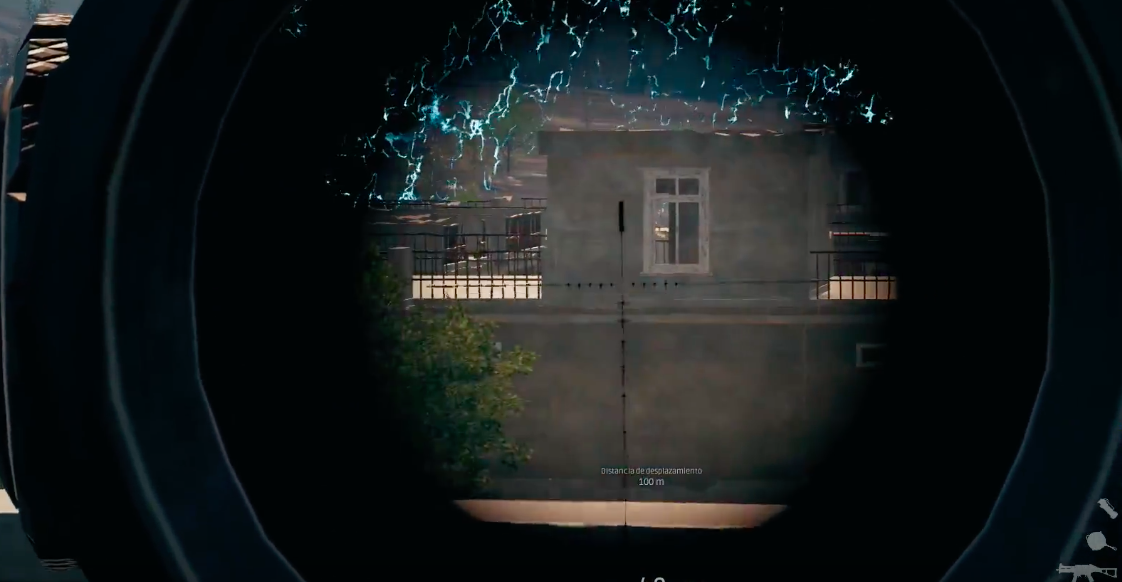 You don’t have time to calculate distances like this in the midst of a firefight, but it is incredibly useful for sniping. Map out the distance between your sniping spot and a visible landmark and adjust your weapon’s setting based on this information when a target comes into view. These functions are mapped to the PgUp and PgDn keys initially, but you might consider transferring them to a more accessible location for more convenient use.

Adjusting your aim upward (to account for gravity) is fine for more frantic combat situations. You can also run a little faster by putting away your weapon with the X key, so take advantage of this speed boost when you need to escape in a hurry. 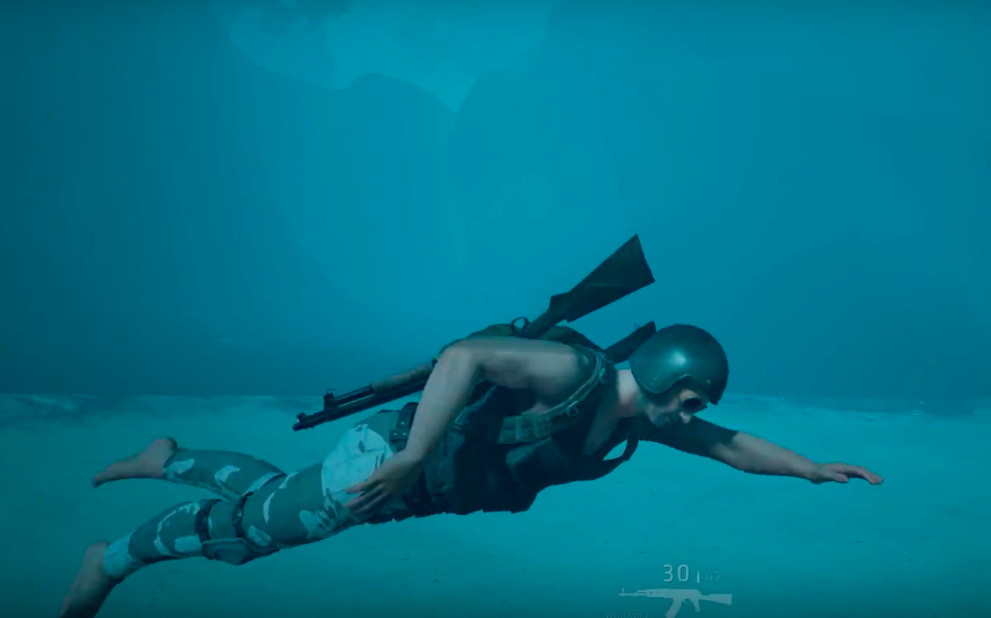 PUBG is meant to be played at a high volume with a good gaming headset, as you can hear distant gunfire, vehicle engines, and footsteps that can tip you off to the locations of others. There is a walk button that mutes footsteps, but even experienced players tend to run everywhere they need to go. Scouting this way is a double-edged sword, of course, as your rivals can and will track you the same way. 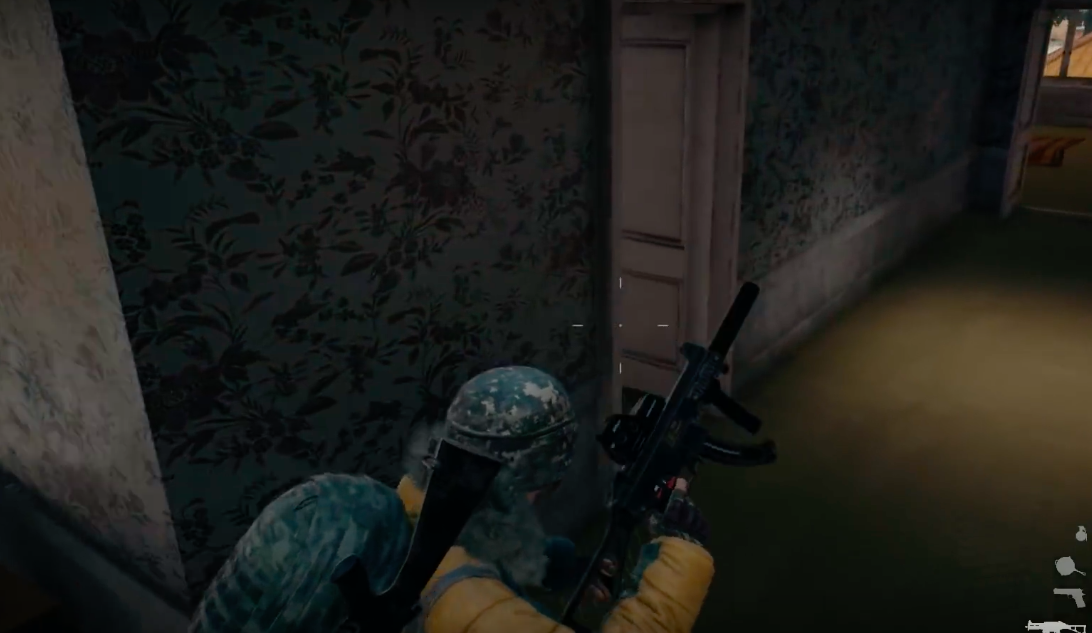 Doors are closed by default in PUBG, meaning that opened doors have already seen at least one other player. Closing doors behind you is a good habit to get into in this game, as many players assume closed doors equate to safe buildings when they really do not. This lets you set up an ambush they won’t see coming!

You can also look through a building’s windows to see if any interior doors are open. Most players who close the front door do not bother doing so inside the building, so this can alert you to ambushes like the one above before it is too late. 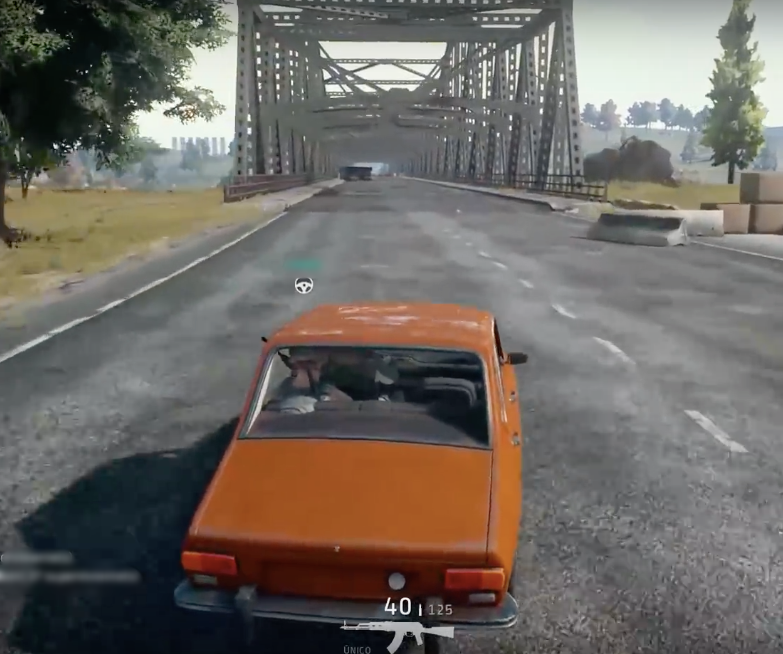 You’re kind of a big target if you’re driving a vehicle by yourself, as the game does not allow you to shoot and drive at the same time. Switching to an unoccupied seat via Ctrl+1, 2, 3, or 4 allows you to shoot back, however, as the vehicle will keep moving until it hits something. This tactic is most effective on flat surfaces, where it’s easier to aim than a steep incline.

These 10 tips will help you improve your online ranking in PUBG. Happy hunting!