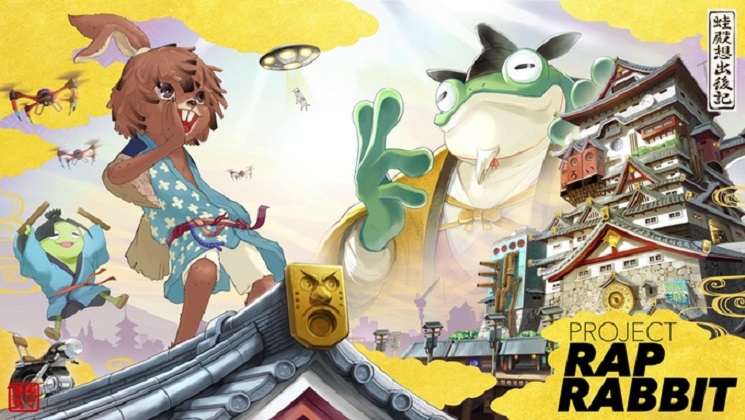 The game has a Kickstarter page, which is now live and has information about the title.

Our grand hip hop saga takes place in an alternate history, circa 16th Century Japan. All is not well. The world is becoming a hostile place as people object to the growing diversification of their homelands. Citizens and neighbours are becoming increasingly suspicious of, and isolated from, one another.

A toxic atmosphere of protectionism is taking hold.

At the height of this culture of fear, an Earth-shattering calamity befalls the world. As the universe trembles from the aftershocks and the survivors try to rebuild what’s left of their lives, one rabbit embarks on a journey for truth, justice and liberty – and steps forward to do battle with the land’s most powerful overlords.

There’s lots of information on the Kickstarter page and I really hope this game succeeds as I didn’t realize how cool this ould be until now. Let’s help secure the $1.1 million it needs to succeed, people!