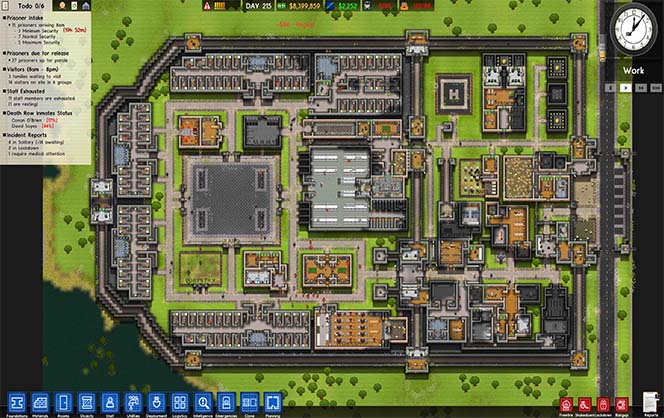 Prison Architect Breaks Out for an October Release Date Introversion Software‘s newest title, Prison Architect has received an official release date for October 6th! The game is currently in Alpha, but players can gain early access, and get involved as the game develops, through the Steam page and Introversion‘s website.

Prison Architect is a prison management sim, where players can create, build and maintain their own maximum security prison, built to contain the most dangerous of criminals! Players start off with an empty plot of land, having to construct cells, maintain water and power, hire guards, even make sure the kitchen has chefs! Players can also make their prison as small or large as they want, just depends on how much of a challenge they would like to experience.

Introversion will be presenting Prison Architect‘s brand new features and game play at 2pm on Saturday September 26th, at the UK’s biggest video game expo, EGX. You can stream the event here, on their official channel.

To give you an example of how awesome Prison Architect is, here is a hilarious video from Introversion‘s channel, of a flash mob that broke out within the prison yard!

Prison Architect will be available on October 6th on Steam for the PC and Mac.