Xenoblade Chronicles 3 brings us into an endless war

For most of you, July 29 is already marked with a big “X” and some will want to suffer from an acute “Fridaysitis” and I understand you!

With Xenoblade Chronicles 3, a game eagerly awaited by fans of Monolith Soft, you will live the adventures of Noah and his friends, from the Keves nation, as well as Mio and her friends, from the Agnus nation. These two nations, in perpetual confrontation, must kill each other in order to succeed in living, hence the principle of living to fight and fighting to live.

As you progress through the game’s story, you’ll learn more about Noah, Eunie, and Lanz, three Keves soldiers each wielding their own distinct weapon and each possessing their own unique techniques.

Noah, wielding a bright red blade, is an “off-seer” with a mandate to help the souls of fallen soldiers return to their queen. Eunie, on the other hand, fights with a Gunstick which is a kind of cane-shaped weapon. She can quickly heal allies in need. As for Lanz, this young man with an untimely temper, he acts as a tank with his gigantic sword which he can also use as a shield. 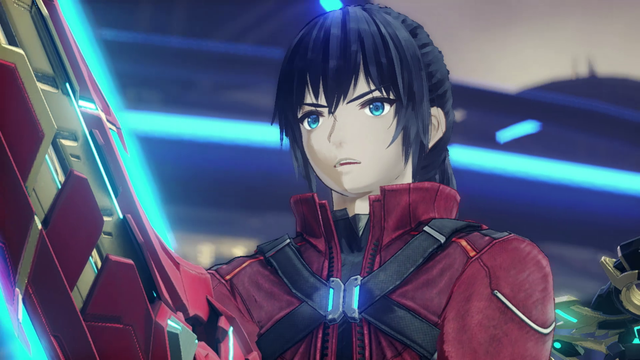 The three childhood friends will have always evolved together during their academic training to then become formidable soldiers in this endless war.

Called to go to a specific place by their commander following a strange signal, our three young friends will come face to face with the troops of Agnus who were also going to find out what this unknown signal was. That’s when they come face to face with a trio of Agnian elite soldiers who are none other than Mio, an “off-seer” just like Noah, who wields chakrams, as well as Taion, a quick-witted tactician and healer using origami as a weapon, and Sena, a dynamic tank with herculean strength who wields a huge hammer.

Your party will also feature Heroes, an AI-driven member of your team who acts as a seventh member. We saw a few of these party members including Ashera, Valdi, Riku, Manana, Fiona, and more. Heroes come with their own classes and your party can use them as they join, these include the Guardian Commander, Incursor and War Medic.

A vast and sumptuous world

During your journey in Aionios, this world composed of immense and varied landscapes where steppes, lakes, forests and snowy areas intersect beyond the seas and waterfalls, you will be able to explore superb vast and colourful areas in which colonies but also ruins, monuments and traces of bloody conflicts fuse with the diverse fauna and flora.

One of the things I like is the fact that local wildlife, both passive and aggressive, can lead to direct combat right where you come into action with them. As soon as you draw your weapon, a combat menu appears on the screen with no loading time, nothing, and you can thus attack your target automatically or exploit powerful techniques to try to overcome them. 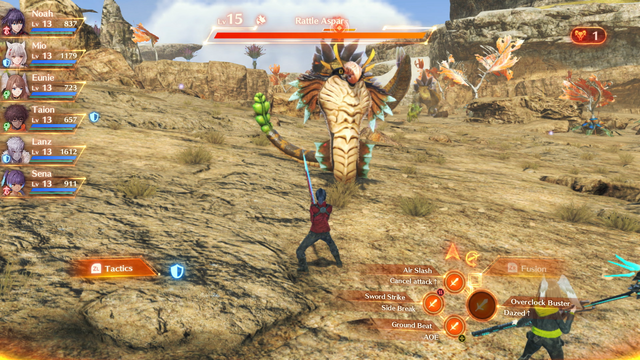 You will also have the chance to choose the character to control at all times, even in combat. Outside of combat, you will have the chance to change the classes of your team and even learn new ones thanks to different heroes that you can meet during your journey in Aionios.

Like in other games in the franchise, you’ll have the ability to use your arts to stagger, fall, or even throw in mid-air enemies to maximize your team’s effectiveness in battle, use powerful combos that will allow you to combine several attacks by striking successive blows to then execute a massive attack or, of course, the use of the famous Ouroboros thanks to the interlink in order to become extremely powerful creatures! 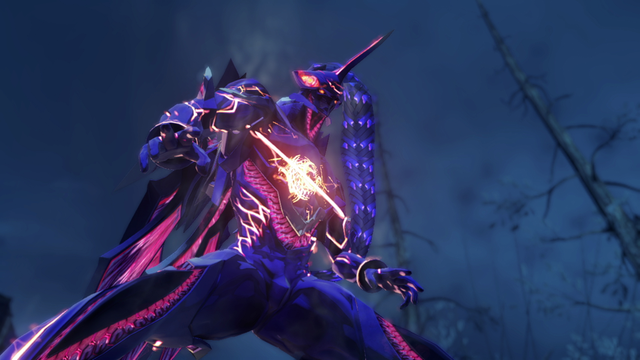 Xenoblade Chronicles 3 also features a class system that utilizes three categories: Attackers, Defenders, and Healers. Each character has a class and the trailer demoed Swordfighter —a balanced class among the many that specialize in healing, defence, powerful strikes and more. You can also freely swap the character you want to control in battle and your class changes to match your allies.

So far, the battle system proves how versatile it can be offering a wonderful level of customization, adding in classes, and a few other surprises. In previous games, my one concern is that as you become stronger, the battle system offered little incentive to keep you going — instead, I’m finding myself more than eager to return and continue to battle creatures of all sizes.

We’ll have more in the coming weeks in the lead-up to Xenoblade Chronicles 3 launching on Nintendo Switch.