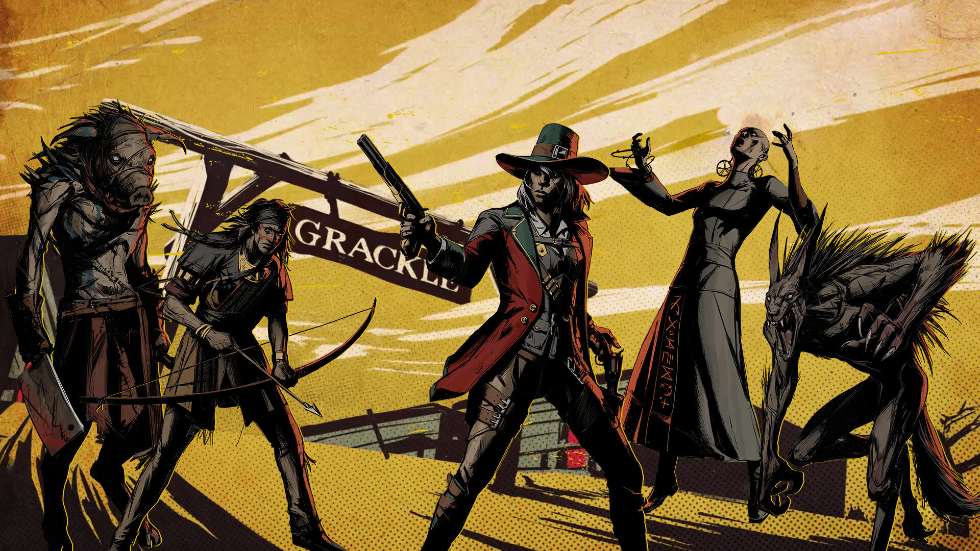 True to its name WolfEye Studios Weird West is weird… and set in some sort of western frontier where a blood cult may be playing five total strangers lives out against their will, and highwaymen are the least of your troubles.

Weird West is a top-down interactive RPG that calls back to some of the best RPG experiences of generations past with a story and gameplay that are both widely fresh and extremely interactive.

Hot Off the Heels of Retirement

For this beta period, I played nearly five hours of the story of Jane Bell — an ex-bounty hunter who thought she’d hung up her iron for good. However, after the nefarious Stillwater gang murders her son and kidnaps her husband, Jane finds herself digging out her kit and iron. 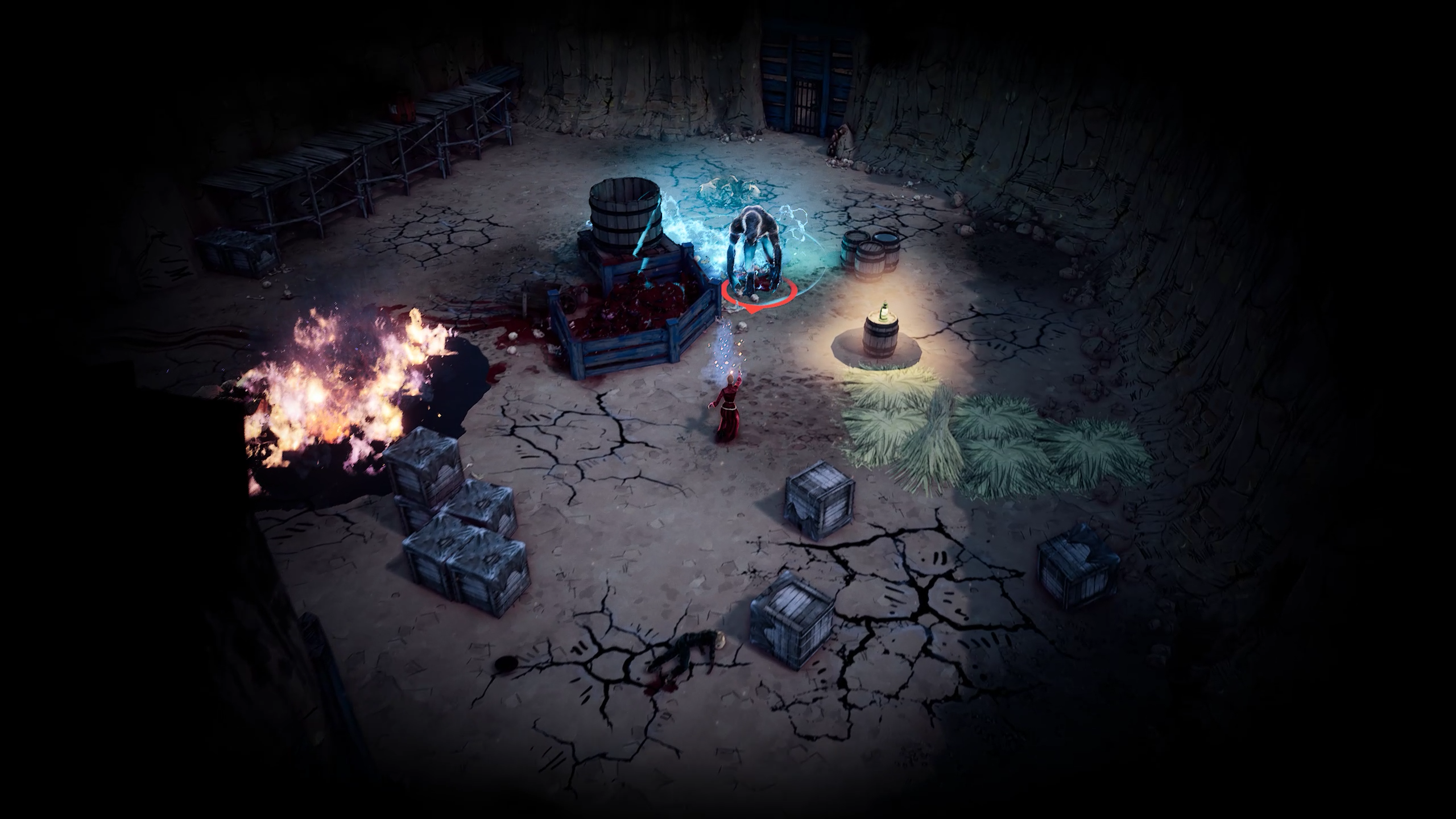 The tale before you is one of finding redemption for your son while protecting your prospect at going back to the life you’ve grown accustomed to. But the wilds of the west aren’t a safe place. Not only are they teeming with Stillwaters, but there are many mystical creatures like zombies, half-human, half-pig pigmen, and, oh, and did I mention the Stillwaters are frighteningly-fast werewolves working with even more grotesque creatures of ill repute? 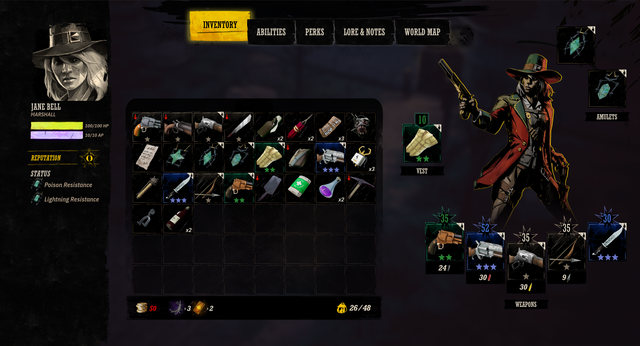 Jane has the ability to wander anywhere on the frontier on foot or by horse. Having access to a horse will cost those who don’t preorder a hefty chunk of in-game change, but it gets you to your destination faster, which is often a must if you are doing timed bounty hunts for extra cash or doing optional objectives. It’s also safer because a horse saves you from experiencing as many random encounters on the map and grants you the ability to escape at all times during an encounter that goes south. Finally, horses act as added inventory slots, so you can carry a wider arsenal of weapons and more goods to sell or use. 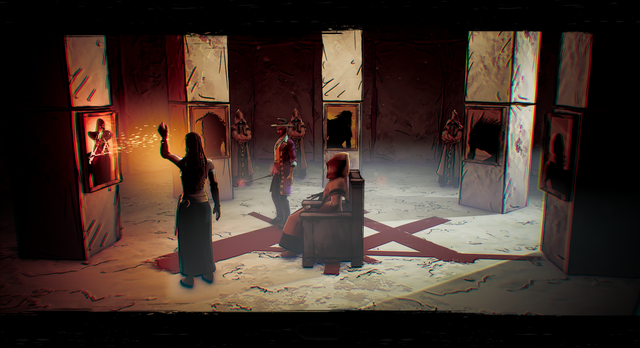 Jane’s adventure clocks in at four to five hours if you simply go from main mission to main mission, but as an interactive RPG, Weird West has a dense and dusty world to explore that’s full of side missions and bounties that will take you back to places you’ve been and off to places you haven’t. There’s also a reputation system that goes up or down with good or bad deeds and helps you to make deals with store owners, find help on your journey and more.

Weird West provides players with two RPG progression systems that you’ll be able to skillfully use to refine how you build Jane to survive the various terrors of the frontier. The first of these systems is Jane’s abilities. Using the bones of an ancient animal referred to as Nimp Relics, Jane can learn an number of skills for each specific weapon type, thus allowing you to strengthen the effectiveness of your favourite weapons. Jane can also use Nimp Relics she finds on the frontier to gain the ability to send enemies flying with a roundhouse kick, set proximity bombs to deal major damage, shortly lull enemies into helping deal with the partners and use her bullet time when running instead of jumping.

The second RPG progression system gives Jane perks that compliment the type of bounty hunter you want her to be. Using Golden Aces of Spades, which are seemingly doled out as rewards for completing side objectives, Jane can use these to gain in-combat bonuses like faster sneaking, better healing item efficacy and faster reloading times. There are also a number of out-of-combat bonuses as well, such as the ability to have a used lockpick reappear in your inventory, the ability to haggle for better deals at shops and a greater likelihood of finding more money hidden along the frontier and in towns. Unlike abilities, it seems like your perks also carry over to the other four playable characters if the description text is to be believed.

Altercations according to your own style

The interactive element of this interactive RPG comes in its dungeons and combat. Weird West’s main creative force is Raphael Colantonio, who was the former creative director at Arkane Studios, so he’s had some experience with crafting capers where there are multiple solutions for calming things down — see anything to do with the Dishonored series of which Colantonio is a co-creator. 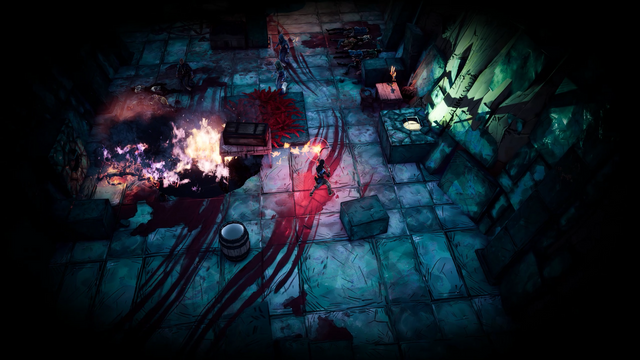 There is a myriad of ways, both chaotic and silent, that you can solve Weird West’s combat scenarios. My personal favourite is sneaking to one of the many barrels of poison conveniently left in a perfect position to kick into a crowd of foes. If you aren’t too worried about buying stockpiles of ammo or running out of it, a well-placed shot on dormant ammo can lead to it exploding and taking out multiple foes in the process. It’s a heck of a lot more chaotic than kicking a barrel and cleaning it up, but it’s extremely satisfying.

Attacking head-on from the get-go is inadvisable as the west can be relentless. As you begin her journey, Jane only has a bullet-time available to her as an ability, meaning that she’s woefully under-prepared until you start collecting Nimp Relics. However, as she grows in power, you’ll find Jane is more than capable of handling the crowds and the bigger baddies head-on.

Combat fells far more natural with mouse and keyboard in Weird West as it benefits greatly from the tight directional snaping associated with combat. In order to attack, you must first draw a weapon by holding the aim button in order to then shoot. As you gain abilities, they’ll be associated with a number button on the keyboard, which is far easier than the three-button input needed to perform abilities on the controller. Aiming with sticks instead of a mouse also feels sluggish, so this may be a title you skip on console and pick up for PC instead. 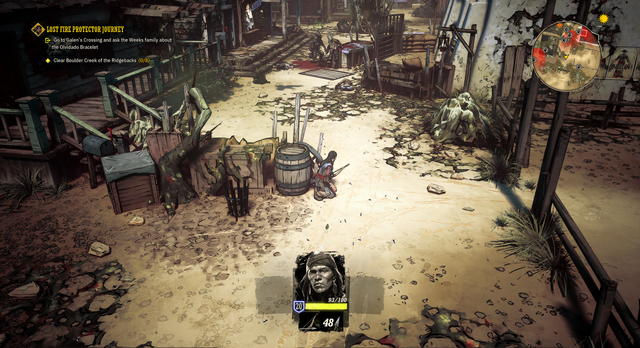 If you are feeling particularly daring, stealth can be a great way to go about staying alive. You can lure enemies to a strike point by doing things like throwing bottles and getting the attention of animals roving around the map. However, enemies incapacitated using stealth are only temporarily knocked out, so it’s best to finish the job with a knife and hide the body when the deed is done. At least that’s what I’ve found. 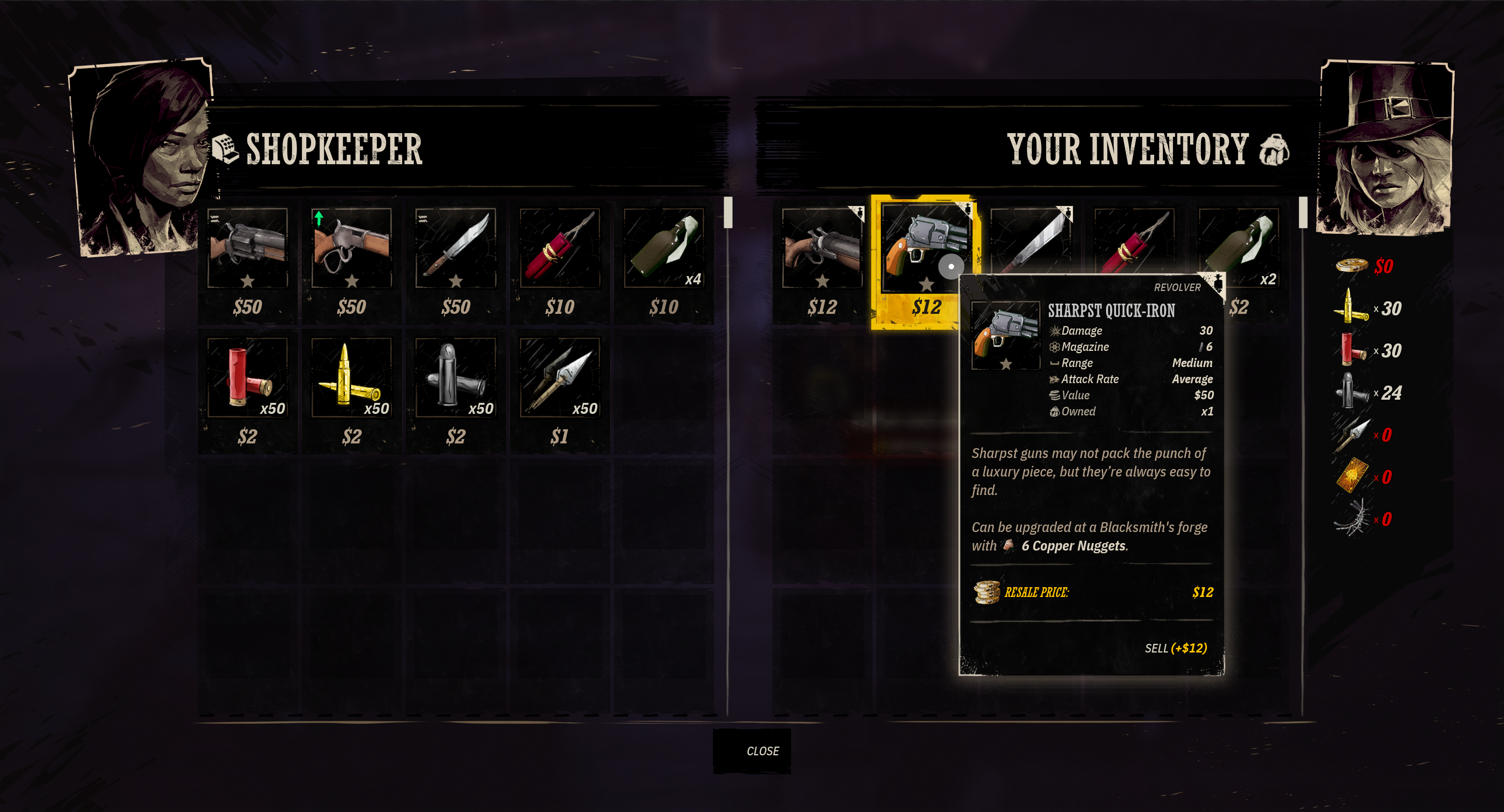 Jane has the ability to hire two companions to help out from towns that have a saloon. At 100 bucks a pop, you’ll likely find that companions have some of the most useless assistance and are absolute healing item hogs, and they don’t even come cheap! The nice part is that their payment appears to be just a deposit as you can loot their bodies for your 100 bucks back when they die. If you want better assistance, I urge you to save and assist all those you come across on your adventures as many of them appear to randomly appear during tense standoffs a la The Mysterious Stranger from Fallout.

From the first chapter of Weird West, I’m telling you that I’m going to be circling around this game the way that a vulture would a poor departed sod in the sand. Unlike a corpse melting under the desert sun, Weird West appears to be a freshly invigorating 40-50 hour indie adventure that offers exploration that won’t make you feel like you’re way out in the pasture when it comes to exploring. Yet, there’s so much to experiment with both in and out of combat. Speaking of combat, it’s tight and allows you to tailor your style for survival. There’s a lot to love out on the frontier!