Open-world games are nothing new for most console and PC gamers, there are dozens each year for you to choose from. So how can you as a gamer decide which one to play or as a developer create an experience that’s unique and special so it will stand out in the crowd of 30,40 or 80-plus hour competition? Tchia may just be that game, creating one of the most chill, wholesome, and meaningful open worlds to date.

Awaceb, Kepler Studios, and Kowloon Nights have teamed up to put you in control of Tchia, a girl in search of her father in a landscape inspired by the small island of New Caledonia. Not only is this a unique setting, but simply based on how the team describes its connection with the real-world region, you can tell there’s a whole lot of love and care that has been put into making this game something special.

The video above is a small slice of the several hours I spent playing Tchia on PC over the last couple of weeks. I was immediately struck by the team’s message that played before I even took control of the main character; this game means something to these developers and publishers, and it shows. I was thrown into the game a few hours in, as the main story takes shape and the islands are opened up to search and explore. 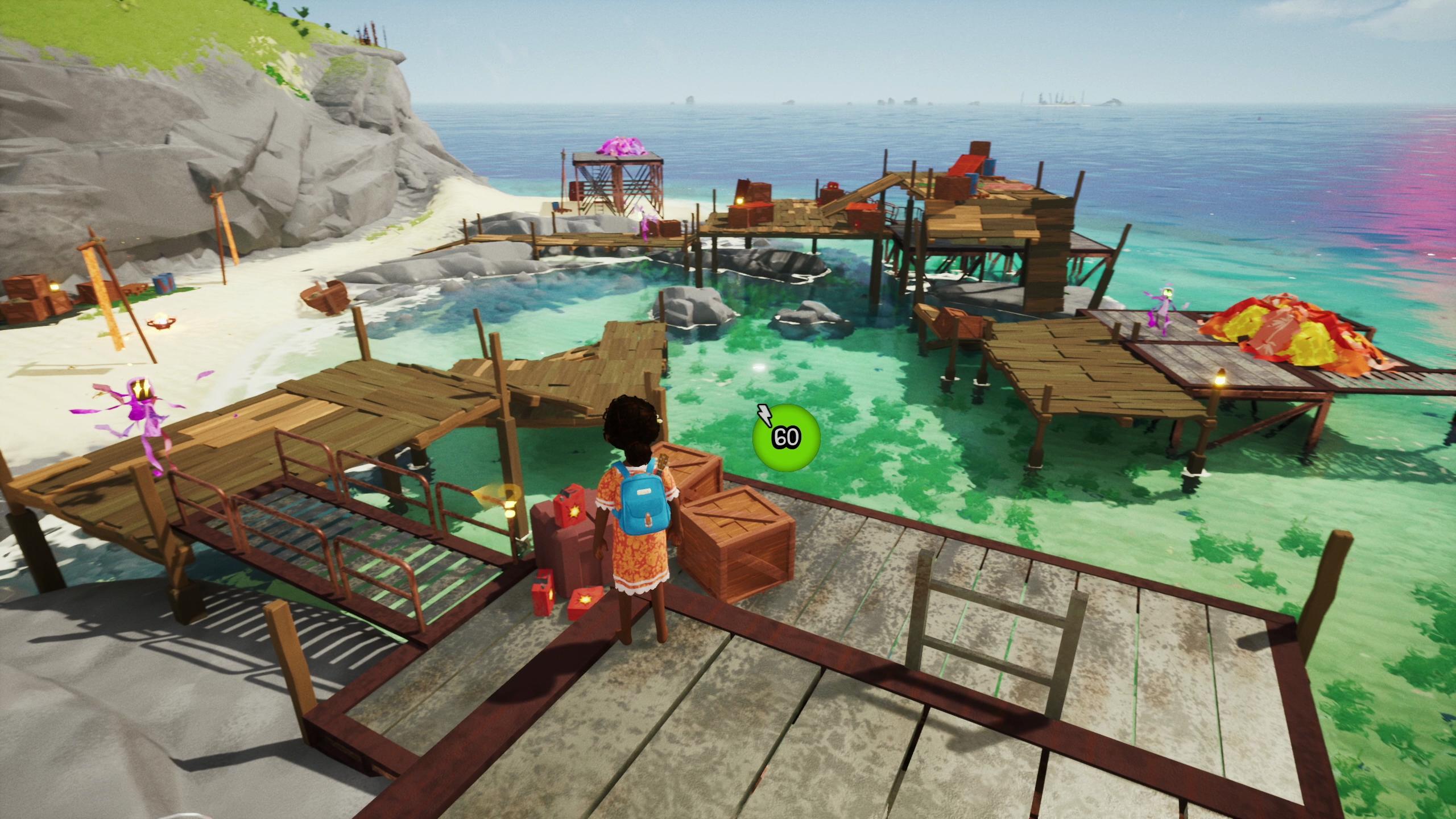 In Tchia, gameplay mainly consists of exploring the islands, sure there are main objectives, but just walking around and sailing on the open waters is extraordinary all on its own. On top of that, as the player, you’re able to climb trees and cliffsides in order to reach new areas and take shortcuts. Similarly to The Legend of Zelda: Breath of the Wild, Tchia has a stamina meter that runs out over time. This can be improved as you find fruit throughout your journey. It’s nothing unique, but I did find myself searching for these items in order to reach an underwater cave I couldn’t help but explore. It’s rewarding, and it never felt like a chore. 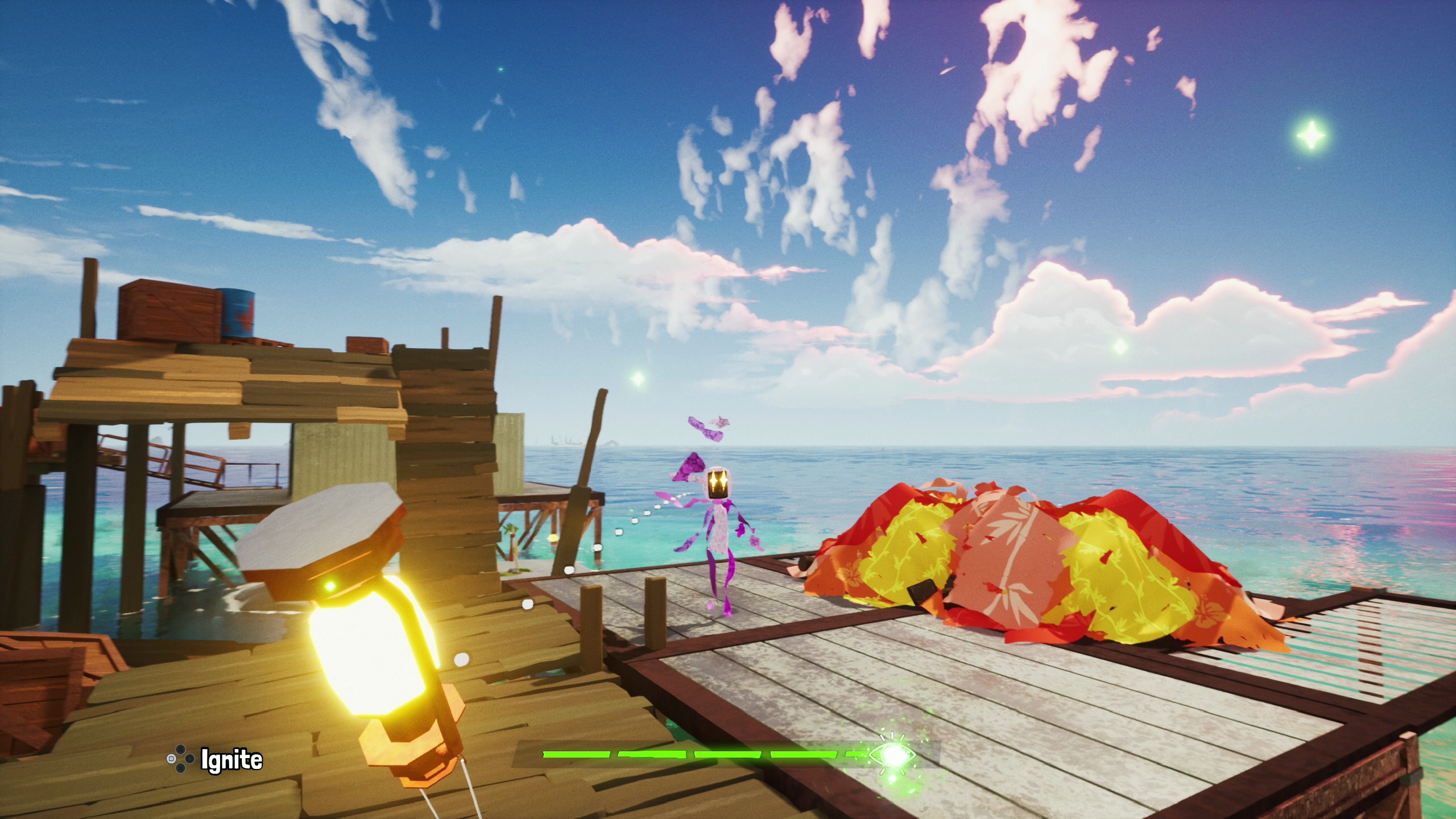 All of that is great, but the most fun, unique, and joyful aspect of the gameplay comes from Tchia’a ability to “soul jump” and possess almost any item and animal you come across. With a simple button press, you slow down time and take control of what you’ve selected. For example, I found myself wanting to get to a particular objective a little faster, so I soul-jumped into a bird and flew there! Another time I became a fish and swam my way into a hidden cave, only to discover a great cosmetic unlockable. And this isn’t just about traversal and exploration, controlling items in the world also allows you to defeat enemies. The Maano are creatures made of fabric, so as Tchia I became a lantern and flung myself at them as they burst into flames! Once I cleared that camp, I was rewarded with a treasure and was on my way to exploring the next forest. The inanimate objects can all be controlled in similar ways and used at your disposal whether you use them to discover a new area, defeat the baddies, or just for fun. 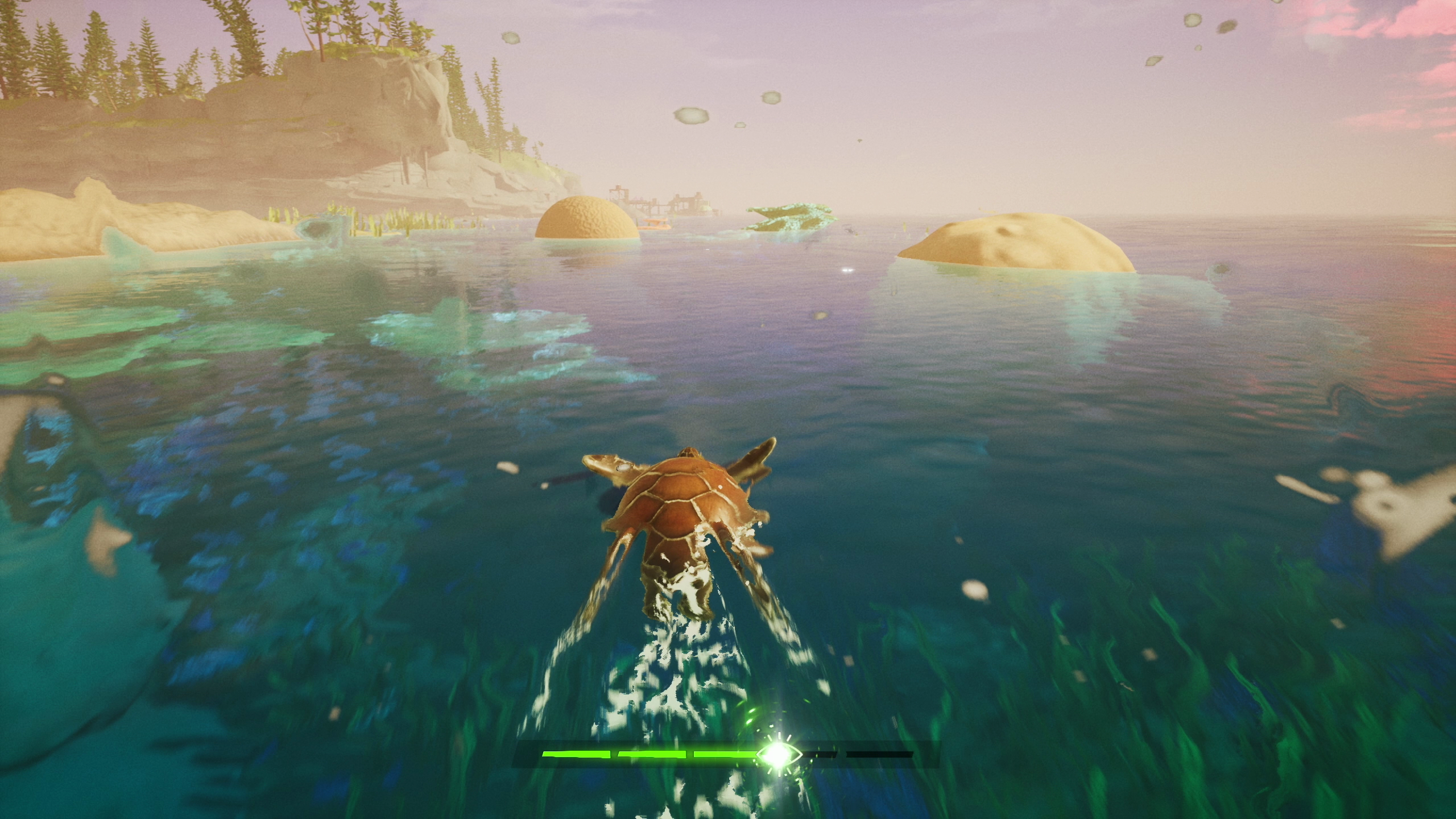 Like many open-world games, Tchia lets you do things at your own pace and largely in whatever order you’d like. While on the surface the game is very colourful and welcoming, it also doesn’t hold your hand when it comes to the map and where your objectives are. On one hand, I appreciated this because it allowed me to really sink my teeth into a gorgeous setting and get lost in its wilderness. On the other, some of the ways Tchia displays its objectives are far too vague and tough to keep track of. 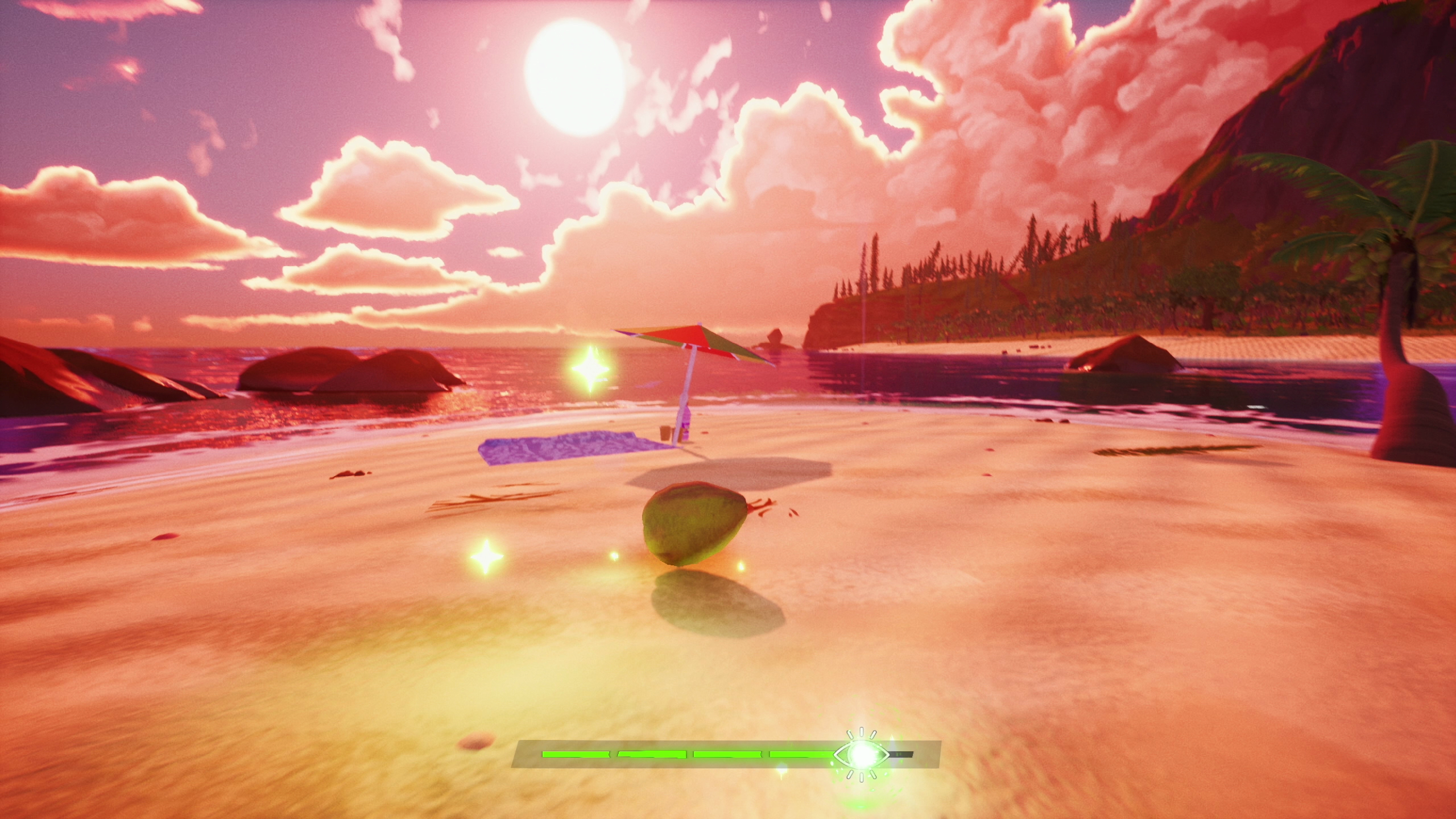 Regardless of where I was going or how I got there, I was in awe of how this game looked. From the cartoon-like characters and animals to the sprawling landscape, and the amazing lighting effects that are accentuated by the day-night cycle. The colours in the game really pop and become a huge part of why I found myself smiling throughout the chill adventure I was having. I wanted to explore even the darkest corners of the islands because I knew no matter what I found, it would look and sound great! 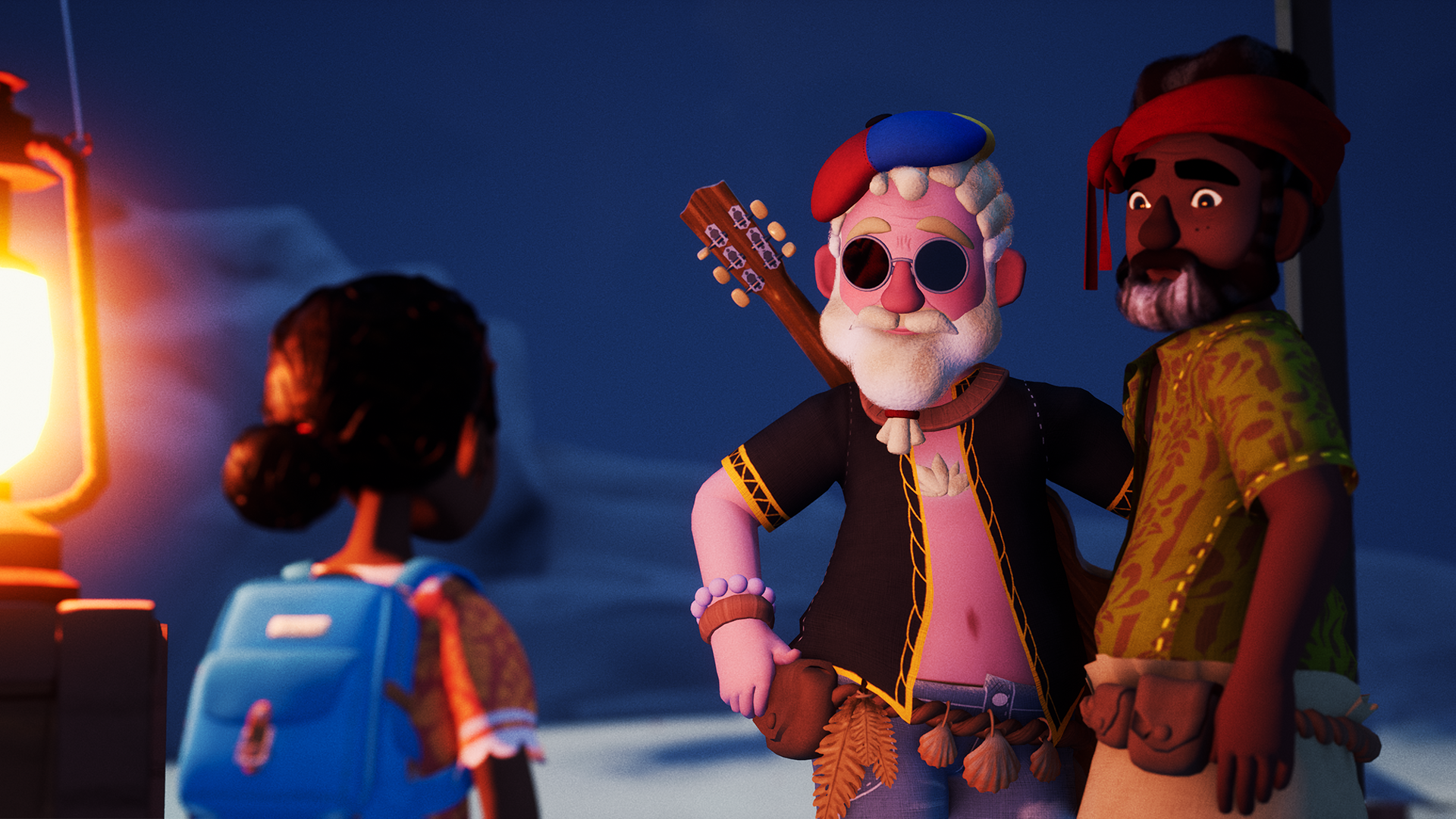 My favourite discovery during my time with Tchia was sailing to a smaller island made up of mostly rocks and cliffs. I was drawn to it simply because it looked like a great place to find something new and fun, and I was right. Along the shoreline, I discovered a giant cave door with a totem face on it. At the time, I didn’t know how to tackle this but I figured I’d find a totem that fit that description somewhere on my journey. 20 or so minutes later, I stumbled across a seaside town that had a station where I could chisel away at a totem, so I did! I follow the instructions on a piece of paper I found at the cave, and took it back to the island. Moments later I was inside and playing Tchia’s ukulele with the wildlife and watching an incredibly fun musical interlude. You can check this out in the video above. 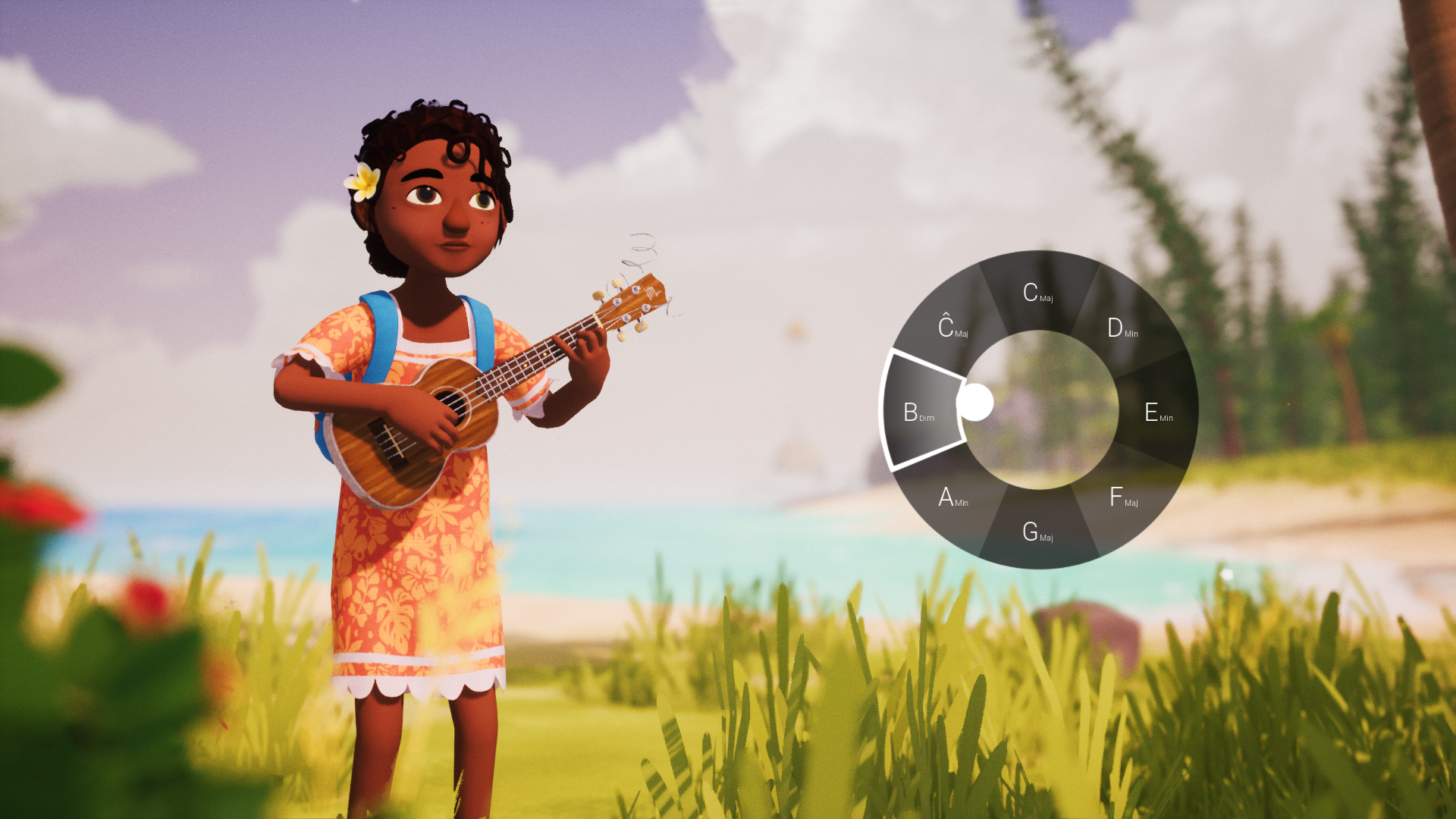 All this only touches the surface of a game I believe is not only a real breath of fresh air in many ways, but it could be a perfect way to get younger gamers into the open-world genre. Not only does the whole game ooze with amazing art direction and sound, but it allows the player to explore a region that isn’t filled with the typical violence and intense themes the genre is known for in mainstream titles. Tchia will be released later this year and I hope people will check out this labour of love that creates a wholesome, fun, beautiful, and distinctive experience. 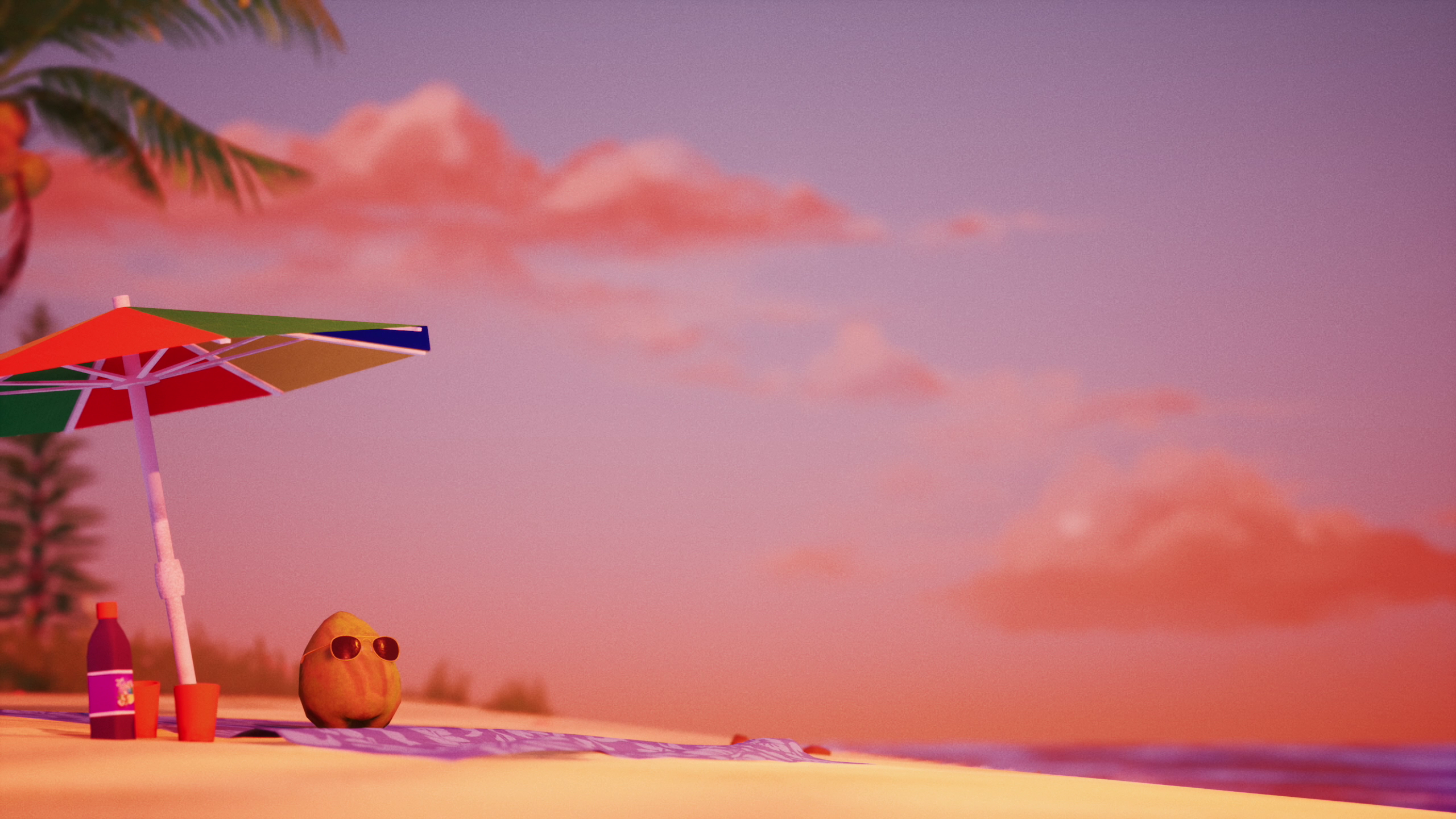 On their website the developers add this meaningful note:

“The world of Tchia is inspired by New Caledonia, A tiny island in the Pacific Ocean, the homeland of Awaceb’s co-founders.

Inspiration was taken from the rich and varied local landscapes, cultures, music, languages, folklore and traditions to create a fictional world and to tell a universal story that anyone can understand and enjoy.

The characters are voiced by local talent in traditional languages and subtitled in many languages including English, French, Russian, Chinese, German, Spanish, and more.”

Tchia will launch later this spring.