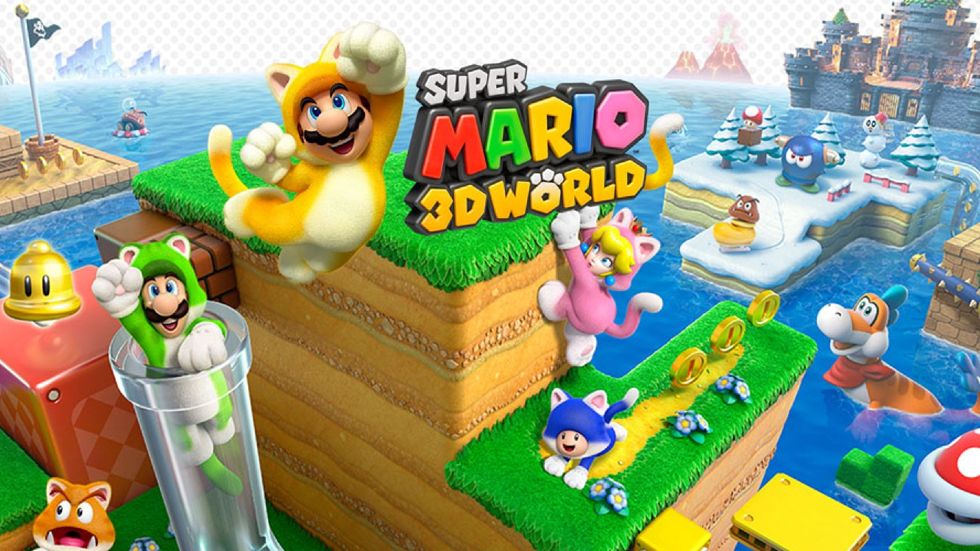 With the Switch port now being the definitive release, this is my first experience with this game.

For starters, it is nice to be able to play as either Mario, Luigi, Peach, or Toad and switch between them on a whim. The four included characters have their own strengths and weaknesses. If you’ve played Super Mario Bros. 2, the characters perform the same.

Mario, for example, is the most balanced while Luigi jumps higher and has lower traction. Peach can float but runs slower, and Toad is the faster but his jump is weakest. In Super Mario 3D World, up to four players can play together in each level.

Levels are accessible through a world map and across many worlds as you’d find in Super Mario Bros 3. Each level contains three green stars that you need to collect as well as a hidden stamp. The stamps were once tied to the Miiverse (and now for Snapshot Mode). Interspersed between the worlds are various Captain Toad mini-levels, the Mystery Houses, and Challenge Levels. 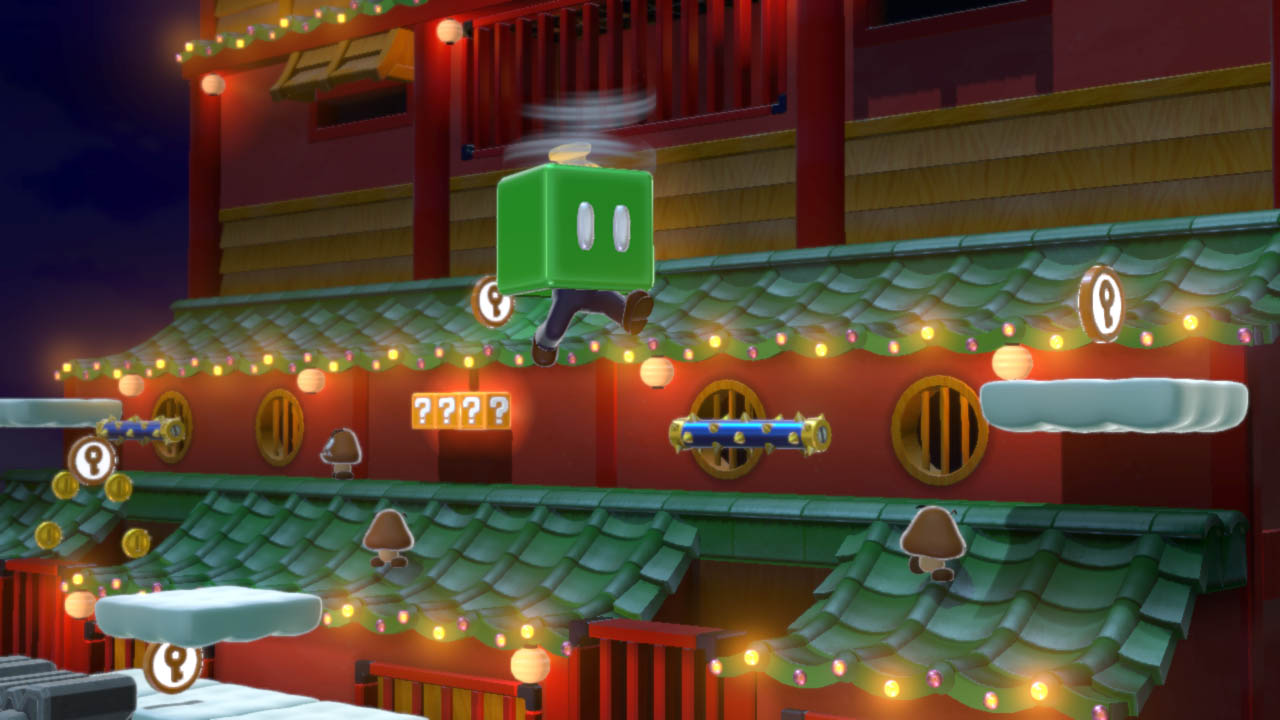 I wish I had three friends available to play Super Mario 3D World as intended. With the current lockdown in place, getting anyone together is tough. Luckily, when the game launches next month, it’ll come with online multiplayer for up to four players. I’m looking forward to diving in and seeing how chaotic Super Mario 3D World is with four players.

Besides the familiar power-ups like the Mushroom, Fire Flower, and Tanooki Suit, Super Mario 3D World introduces the Super Bell, which turns Mario into a cat. In this form, each player can slide, climb walls, scratch enemies, and even perform a midair pounce. It’s my favourite power-up in the game and pairs well with the faster pace Nintendo introduces in the port 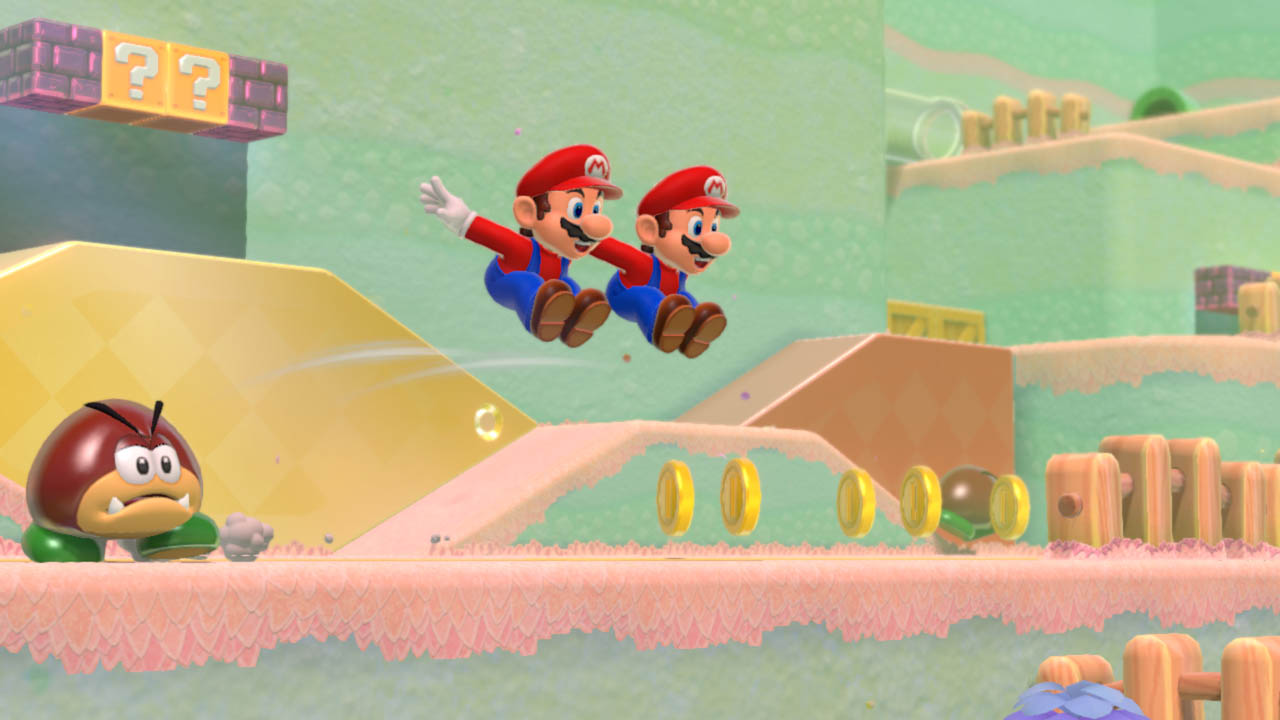 After spending the better part of the week playing Super Mario 3D World, this game is chaotic. Partly thanks to the speed boost Nintendo added to each character and because this game is frantic at times.

I’ve spent some time with Bowser’s Fury this week, too. I had hoped to focus all my energy on powering through Super Mario 3D World but Bowser’s Fury is new content. How could I pass that up? You can select the content from the main menu without having completed the main game.

Bowser’s Fury plays like a full-fledged 3D Mario title and that’s what I found to be surprising. It has all the familiar elements you’ll find in Super Mario Odyssey, but it’s not a full-fledged game and more of a spin-off.

Lake Lapcat is generally one big open area and each section of Lake Lapcat has five hidden Cat Shines to uncover. You are free to tackle each section in a variety of ways to my surprise with some areas offering platforming challenges, discovering secrets, or defeating a set of enemies. 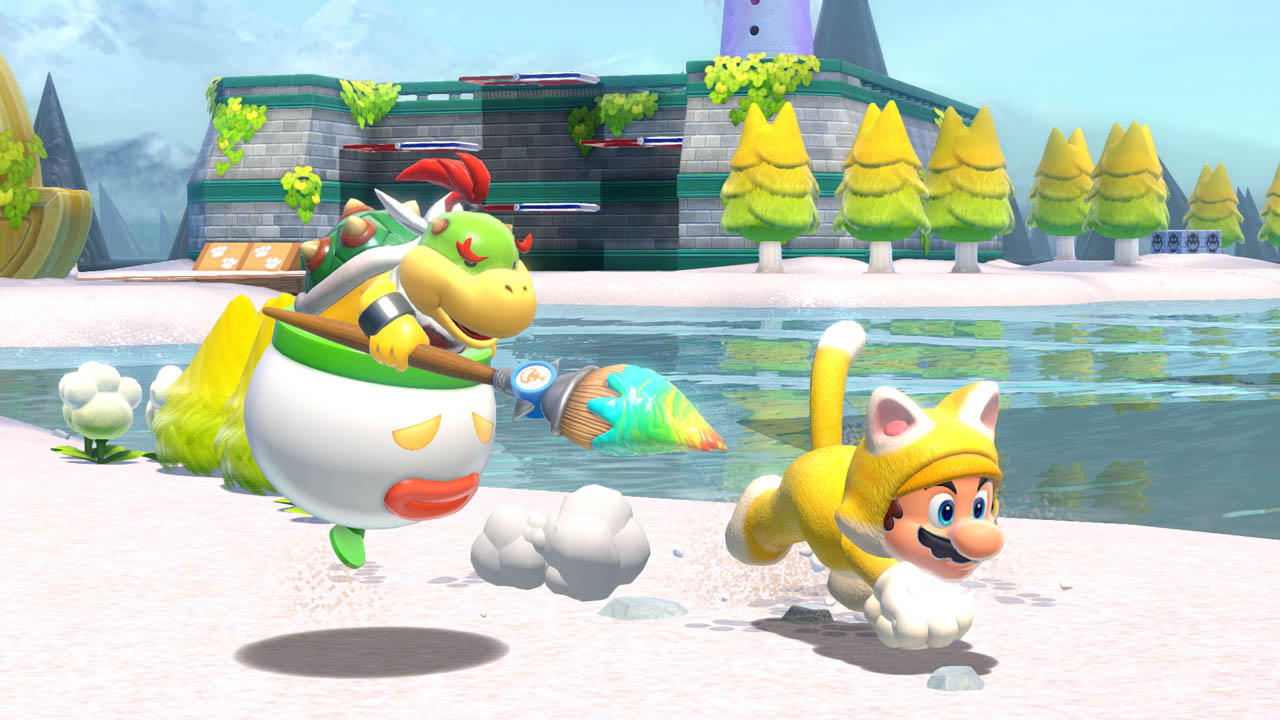 For the most part, these sections take around 10-15 minutes to complete and Mario freely stockpiles powerups (up to five of each) in his inventory. This makes things feel much simpler since you can freely choose your powerup to help navigate a tough section. While you’re collecting Cat Shines, you need to keep a watchful eye on Fury Bowser. While you’re collecting Cat Shines, you need to keep a watchful eye on Fury Bowser. In the midst of collecting one particularly tough Cat Shine, the signal that Bowser is angry initiated and he appeared. Regardless of what you’re doing at the time, Fury Bowser will appear and wreck you with falling lava, blasts of fire and you’ll need to quell his anger by collecting Cat Shines.

The scary thing is he’s unpredictable in when he decides to show up and for how it seems. In one instance I had Bowser reappear within ten minutes of earning a Cat Shine while the instance felt much longer – 15 minutes or so. Bowser ends up getting bored of Mario and sulks back into his shell.

Luckily, Bowser Jr. is there to help Mario as an AI-controlled character or as player two. Bowser Jr. is a big help in-game and if you find a secret hidden on a wall around Lake Lapcat, he uses his magical brush to uncover what’s hidden. 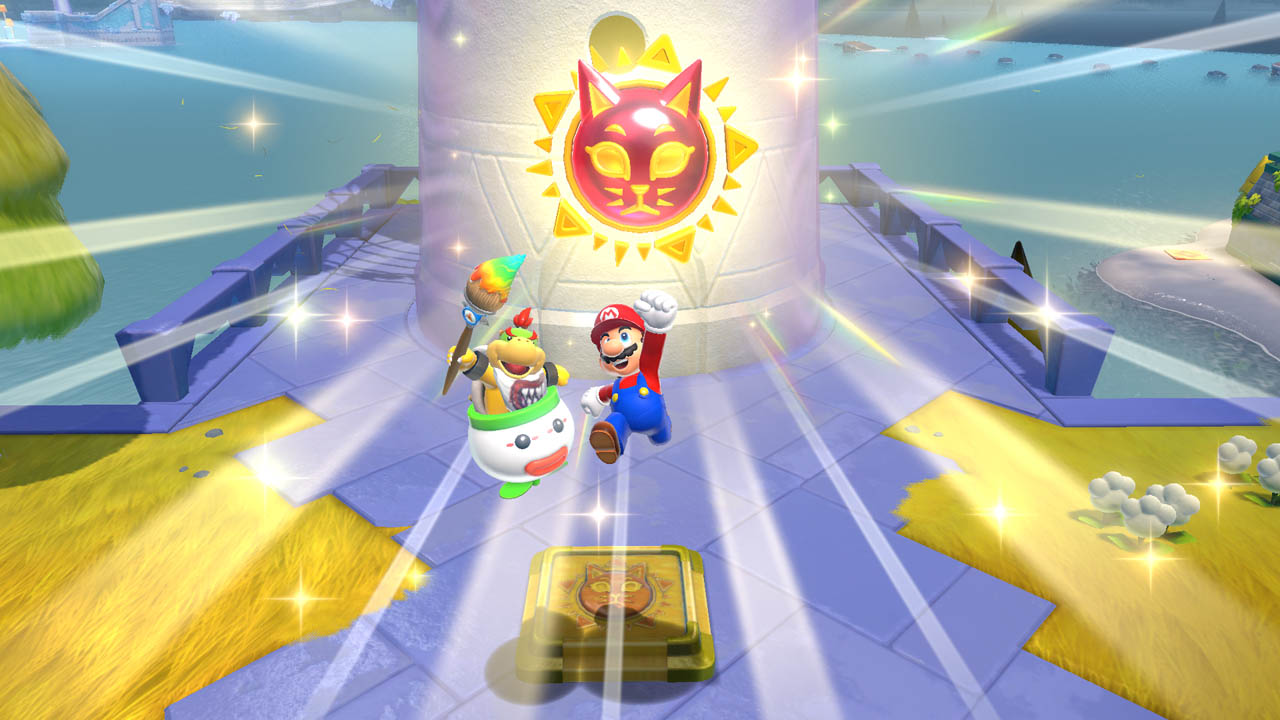 Bowser’s Fury is shaping up to be a great experience. I’ll have more on it closer to the launch of Super Mario 3D World + Bowser’s Fury.