It’s no secret that Ubisoft has faced a tsunami of setbacks regarding Skull and Bones. To put things into perspective, the game has been in development for nine years. Originally taking inspiration from Assassin’s Creed IV: Black Flag, Ubisoft Singapore has been chipping away at a development, moving from an expansion of Black Flag, to an MMO, and now to a third-person tactical title.

Skull and Bones have undergone multiple changes, seen key members of the development team jump ship, and delays causing the crew to batten down the hatches. In 201, Skull and Bones resurfaced at E3 to show off the latest progress only to once again be hit with a delay a year later.

In the most recent look, Ubisoft showed to the public today, we saw what the Golden Age of Piracy was like. It shows pirates’ troubles as they are outlawed with the empire hunting down every ship in the Indian Ocean.

Let’s get the launch date out of the way: Skull and Bones is set to launch on November 8, 2022. Ubisoft invited Console Creatures to a hands-off press briefing last week and we’re breaking down what we saw. 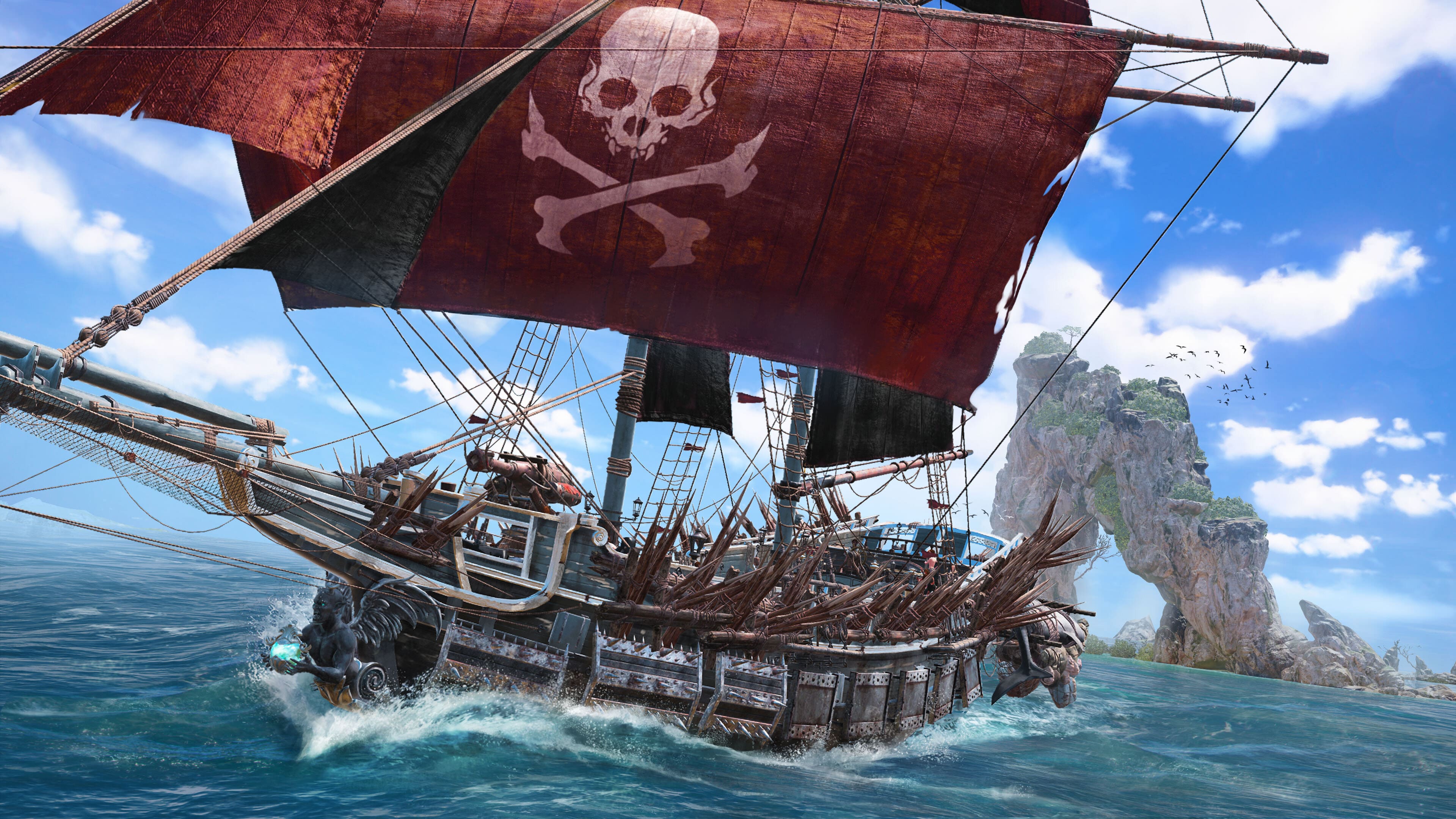 Kicking off the briefing we learned a bit about what’s happening behind the scenes. The team at Ubisoft Singapore is working under Vanessa Seow. Ubisoft wants to reimagine what pirates are under the Golden Age of Piracy.

You wash up on an island with amnesia, and the only way to survive is to become a pirate. What does that entail? Vicious hippos, crocodiles, pirates, unpredictable weather, and mutiny. That’s basically a chunk of the dangers out to get you and you’ll want to keep both eyes in front and ensure you don’t end up dead or worse.

We can build fleets, an open-sea pirate experience, stat with nothing and a small dhow ship, and you’ll progress by collecting and gathering new items. You then unlock contracts to gain new ships and parts for your ship. You will need to ensure your crew is satiated for the risk of a mutiny, making sure they are fed and taken care of will ensure success. And if your crew successfully mutinies against you, you’ll lose some of your inventory with the rest salvageable by returning and picking it up on the open sea. There are several hub areas including Sainte Anne, a boiling pot of all things necessary to succeed and grow your fleet. 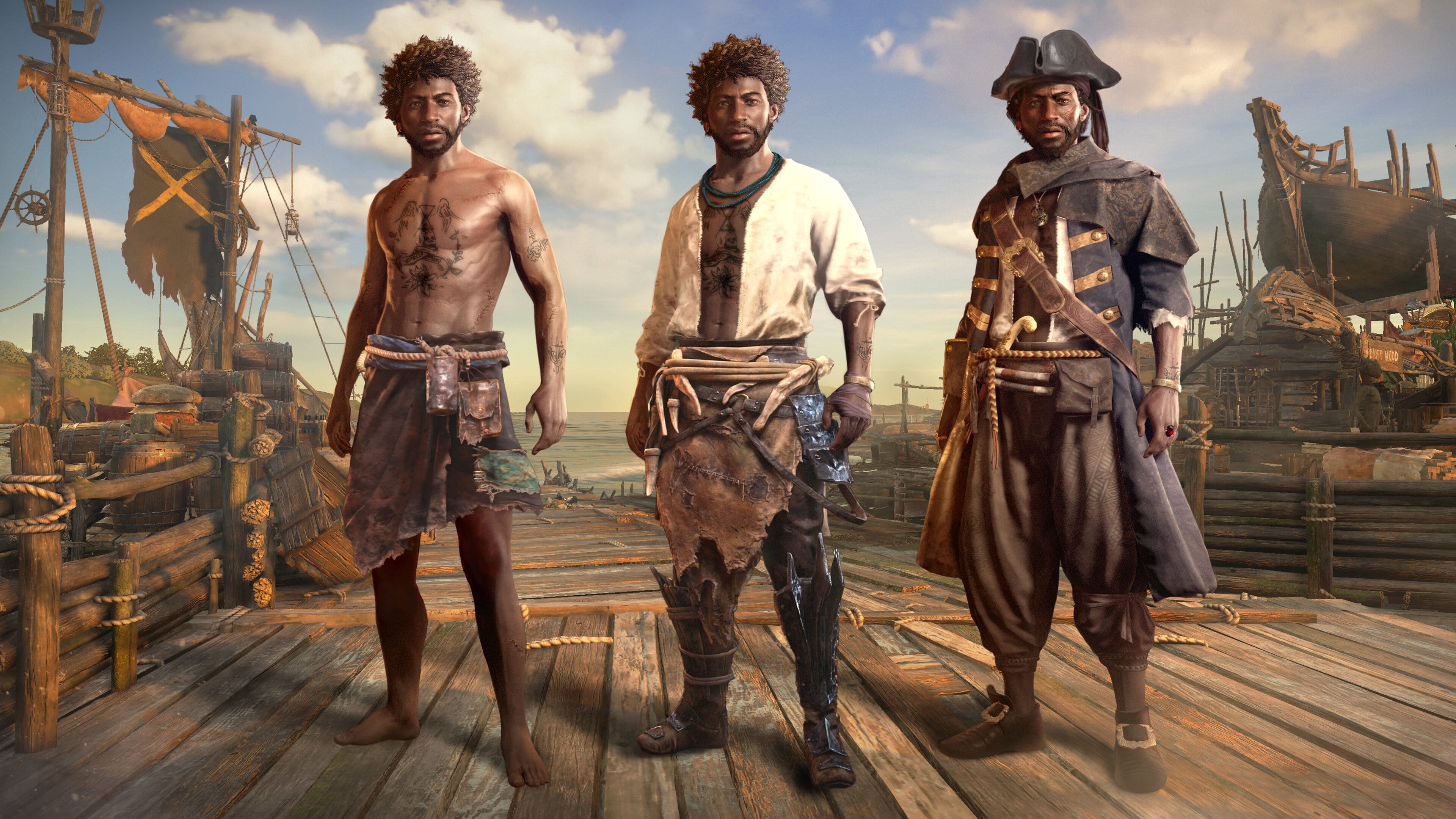 How do you become the most feared pirate? The naval combat is the core of Skull and Bones – want to be fast-paced and rewarding, offering a variety of weapons through infamy, Greek fire, mortars, and bombards will be there to create a different weapon and ship types alongside armour. Infamy is everything in Skull and Bones, it tracks across every aspect of the game and will gain you more opportunities to become a better pirate.

Taking up contracts from other pirates around the world will benefit everyone and offer better access to more activities. We see some exploration, treasure hunts, investigations, and more. Ubisoft says these can be done solo or with friends so no one can feel left out.

Can instill fear with ship customizations, you can journey to the further reaching of the Indian ocean, violent storms and rogue waves will make it difficult. Outputs are safe spots to dock your shop and trade with merchants, selling rare and illegal goods. Bounties are also available to find hidden treasures. Content can be done solo but is better with friends to become deadlier on the seas. 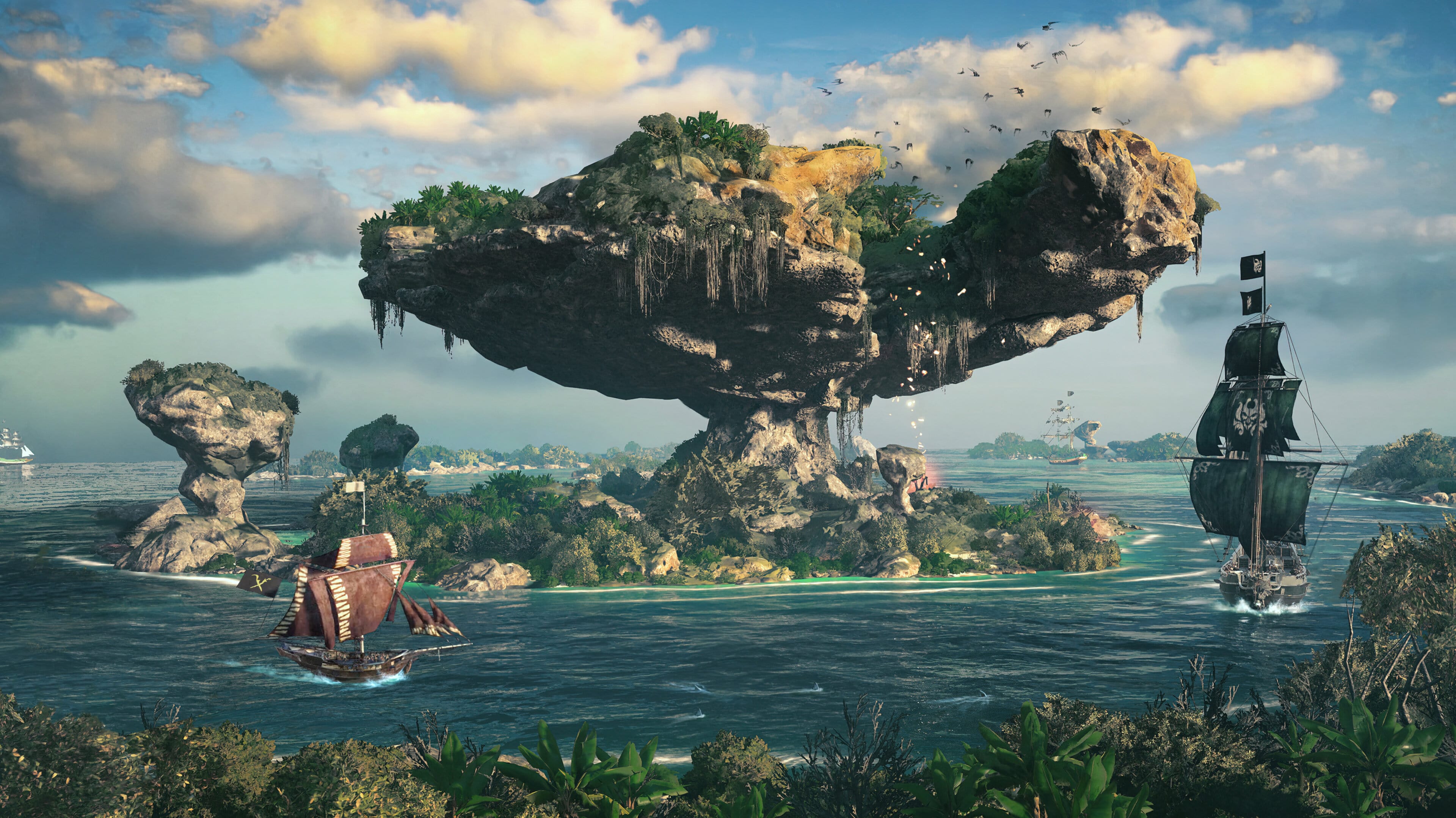 We saw dynamic events like merchant ships and a fleet of warships unfold after the mission. You can engage other ships on a whim if you so desire and you best hope you have the firepower to tackle these hulking floating fortresses. Alternatively, you can also escape if you have the necessary parts equipped to make a quick escape but not before encircling various merchant ships to pillage them of their goods.

Skull and Bones post-launch – it is a live multiplayer game and will feature content for the next few years, there are smaller themed events, challenges and engaging with local factions. You can work with Kingpins to steal cargo or raid settlements and board merchant ships.

A Pirate’s Life for me

Grow your infamy by taking contracts from other pirates – grouping up with friends is better and share your contracts.

On the docks you can customize your ship, we saw a brigantine being worked on. You can add cannons and explosive and crushing weapons -these work best for this contract. You can add loot bags and more to your ship.

You can attack other plays on the sea but there is a risk if you lose – your infamy goes down. We saw a battle going on between other players and you can join in if you want to. Our mission is to steal oil jars from a settlement. A progress bar on the top shows the crew’s progress looting the settlement. These settlements will defend themselves by attacking and calling reinforcements.

Some enemies are highlighted in red to deal critical damage. You’ll need to make sure the towers are destroyed before proceeding, same with the warships preventing your escape. There is a yellow outline detailing where the plunder line is, if you exit the plunder will end. 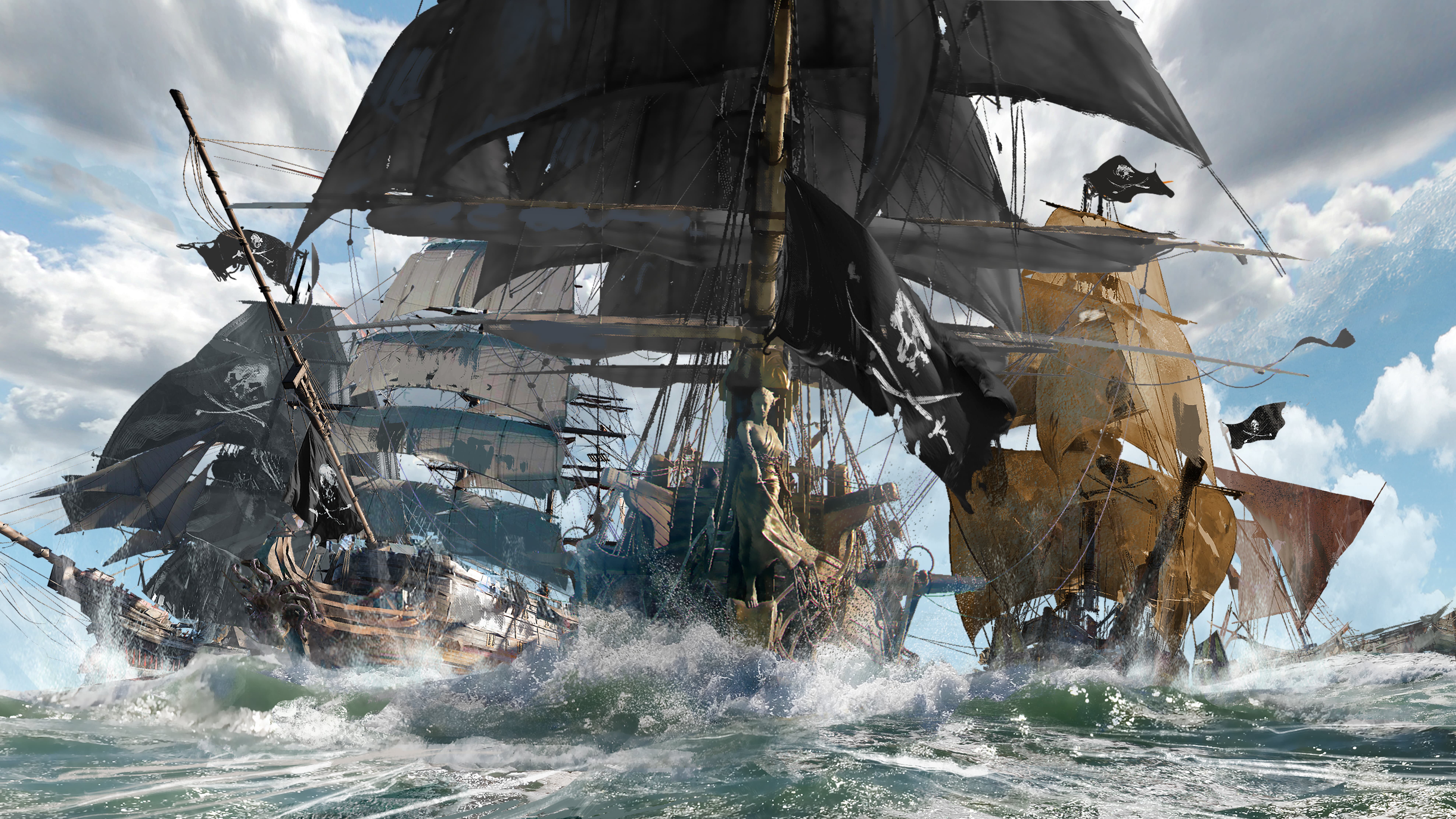 Furthermore, we see plunder areas and the loot being gathered. Now that you’re full of loot, you need to make sure it stays with you. Other players can attack you and steal all your plunder and depending on the ship will either go your way or you’ll sink.

We saw quite a bit of Skull and Bones and honestly, I can say I am looking forward to it. We know the game has had a rough time coming together but I appreciate the teams making the best out of the situation and ensuring something worthwhile becomes of the project that has faced rough open water.

Skull and Bones will launch on November 8, 2022