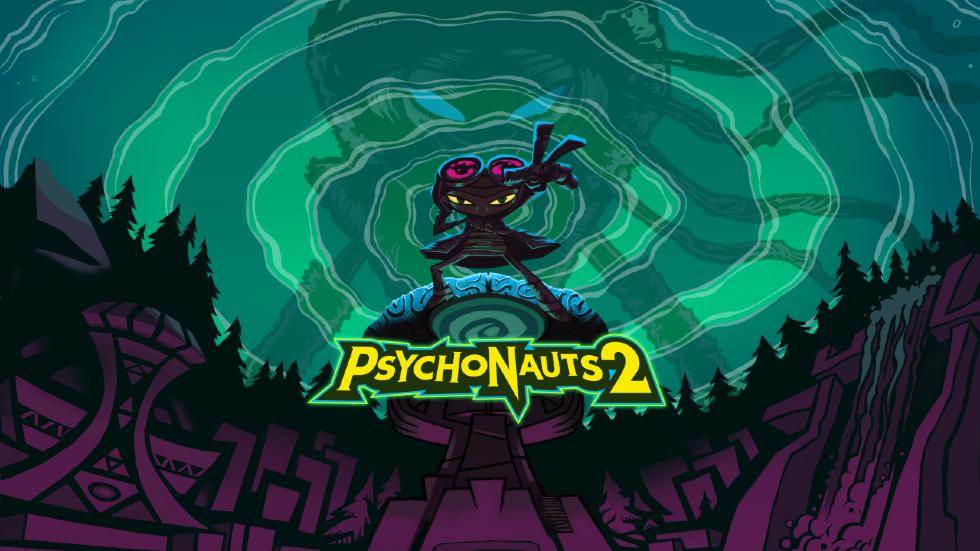 While Psychonauts has been dormant for nearly two decades, Double Fine’s revival of the series has been a long time coming. Despite not selling well during the game’s initial launch window, Double Fine released Psychonauts on the original Xbox garnering a cult following and has had fans asking for a sequel for years. However, the game lacked the one thing that needed to be made – funding – leaving Tim Schafer to turn to crowdfund to make the game a reality.

In 2016, with the help of crowdfunding on Fig, Psychonauts 2 but its funding goal quickly, breaking records even. By 2019, the sequel was hit with a few delays but also the best thing the studio could ask for economic support from Microsoft by joining the growing stable Xbox Game Studios.

Psychonauts 2 picks up right after Rhombus of Ruins

Our preview of Psychonauts 2 lasted several hours and included two brain levels as Raz works his way up from a Psychonauts intern to a Junior Psychonaut. Your internship is tracked through the main menu and is crucial to unlocking new psychic abilities. You can also increase your rank by finding PSI challenge cards among other Nuggets of Wisdom, these items allow Raz to gain Intern Credits and upgrade his psychic powers. 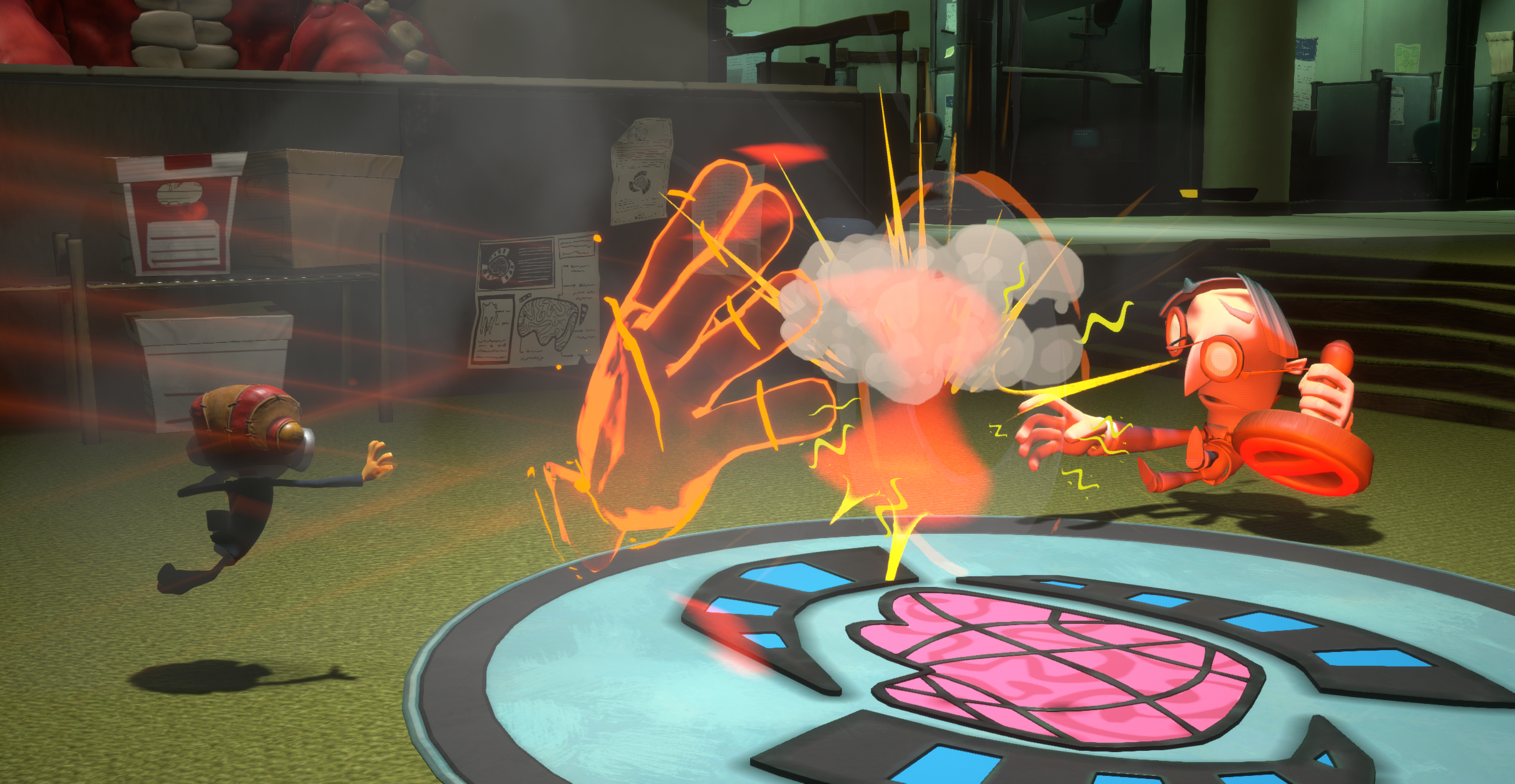 As Raz’s rank increases, he gains Intern credits, user to upgrade PSI Power Upgrades. You begin with Melee, Telekinesis, PSI Blast, Pyrokinesis, and Levitation. Each category includes four subskills per ability with upwards of ten ranks per category. Melee, for example, begins with Base Power, a simple punch for Raz. Hitting Rank 2 fives Raz the ability to punch while dodging and you unlock stronger abilities the higher your rank goes.

Telekinesis begins with the basic ability to throw or carry objects before growing stronger with ranking up. The second level goes flung objects more damage output, and so on. 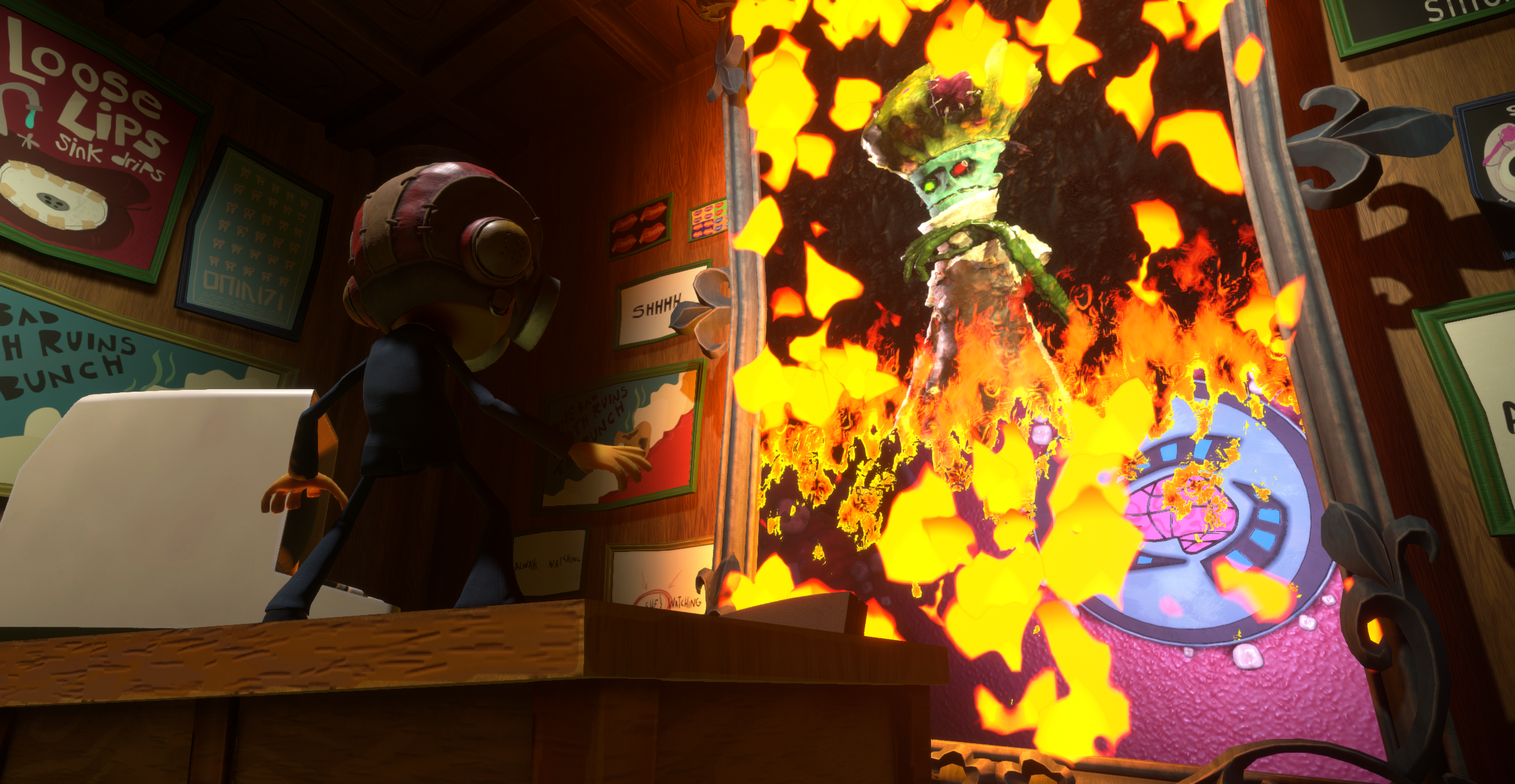 The general flow of gaining and upgrading power-ups is rewarding and not at all lop-sided. I always felt incentivized to go out of my and have the best rank I could and the best power-ups for Raz, giving me more than enough available upgrades to make combat and exploration consistently exciting.

Inside the Psychonauts headquarters are several things to see and do. By collecting PSI Cards, you bring them back to Otto-matic, “the one-stop-shop for Psychonaut supplies, Pins to mod your PSI powers, and PSI Challenge Marker Creation.” As an intern, Raz has access to much of the Motherlobe, the headquarters of the Psychonauts. While I only spent time exploring the Mail Room to report for duty sorting mail for the employees of the Motherlobe, it quickly turned into a mission for Raz, having decided to personally deliver a package to the head of the Psychonauts. 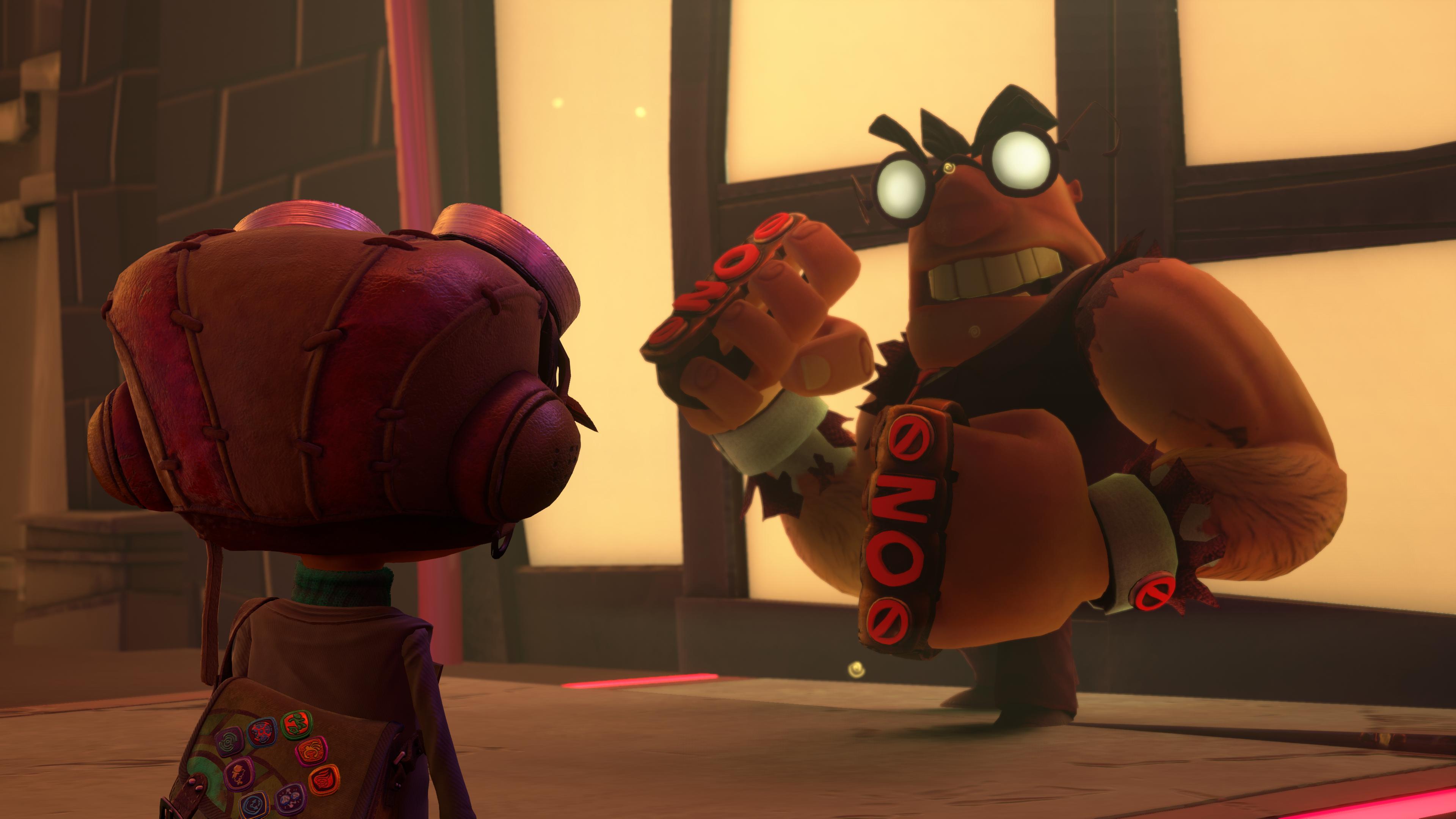 Raz’s powers give him abilities like Clairvoyance, the power to see the world and interact with it as someone else. You can find hidden items or solve a puzzle and you always see Raz as an interpretation of what the individual sees as a typical spy with a fedora, sunglasses, and black duster jacket. Animals see you as bigger versions of themselves and are used to finish puzzles and provide some humorous instances of your Clairvoyance power.

There are also optional missions to complete. While I won’t go into details about what these missions include, you do need to explore and deliver items to complete them. Raz can collect Half a Minds, when two are brought together they unlock additional health slots for Raz. 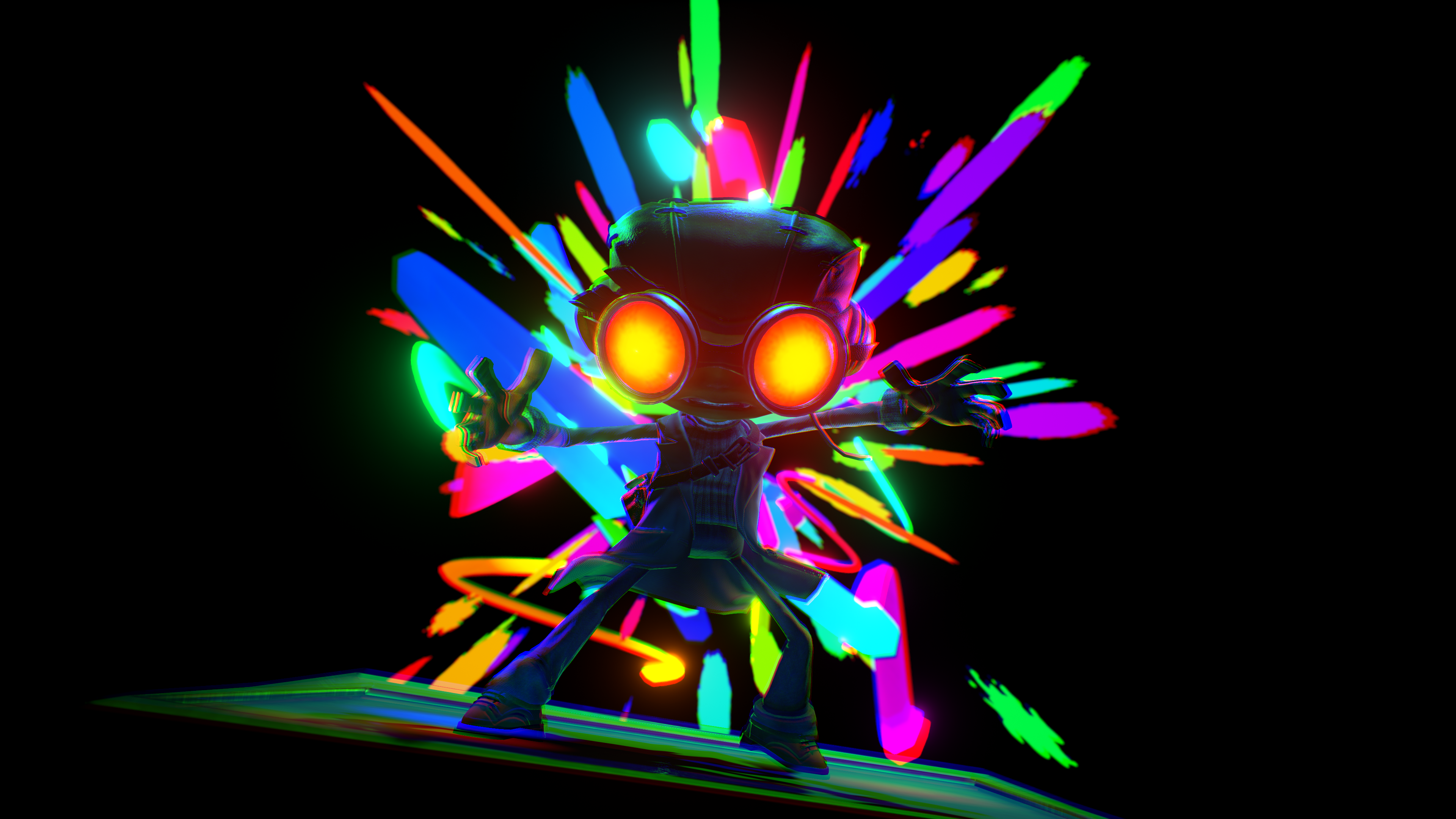 In total it looks like Raz has a total of 9 abilities like Projections, which distracts enemies and helps solve puzzles or Mental Connections which allow Raz to connect people’s thoughts and influence their decisions.

Some of the levels we had time to play around in include Loboto’s Labyrinth, The Motherlobe, Lady Luctopus, Compton’s Cookoff and Cassie’s Collection. 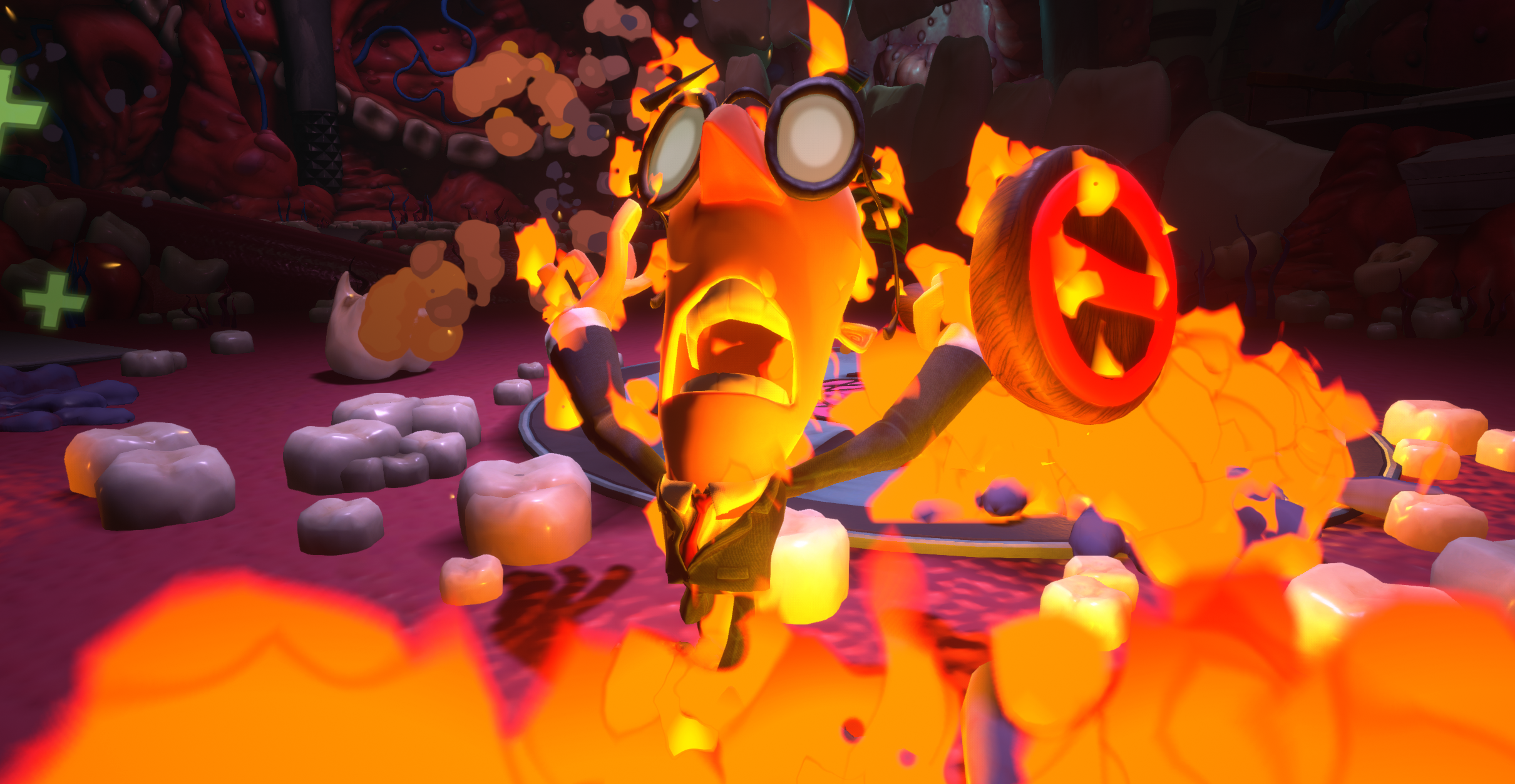 Loboto’s Labyrinth: The game picks up mere moments after the end of the Rhombus of Ruin. Raz will explore the mind of Dr. Loboto in an attempt to find out who ordered him to kidnap the grand head of the Psychonauts, Truman Zanotto. This level also serves as a tutorial for players to re-learn the basic movements and powers.

The Motherlobe & Lady Luctopus Casino: Once the Psychonauts arrive at The Motherlobe, Raz meets Hollis Forsythe who has been in charge while Truman was missing, she decrees that Raz may join the Internship program. After a run-in with his fellow Interns, Raz attends a class in Hollis’ mental classroom where he learns a new Psychic Power – Mental Connection. He also learns just how dangerous that power can be. 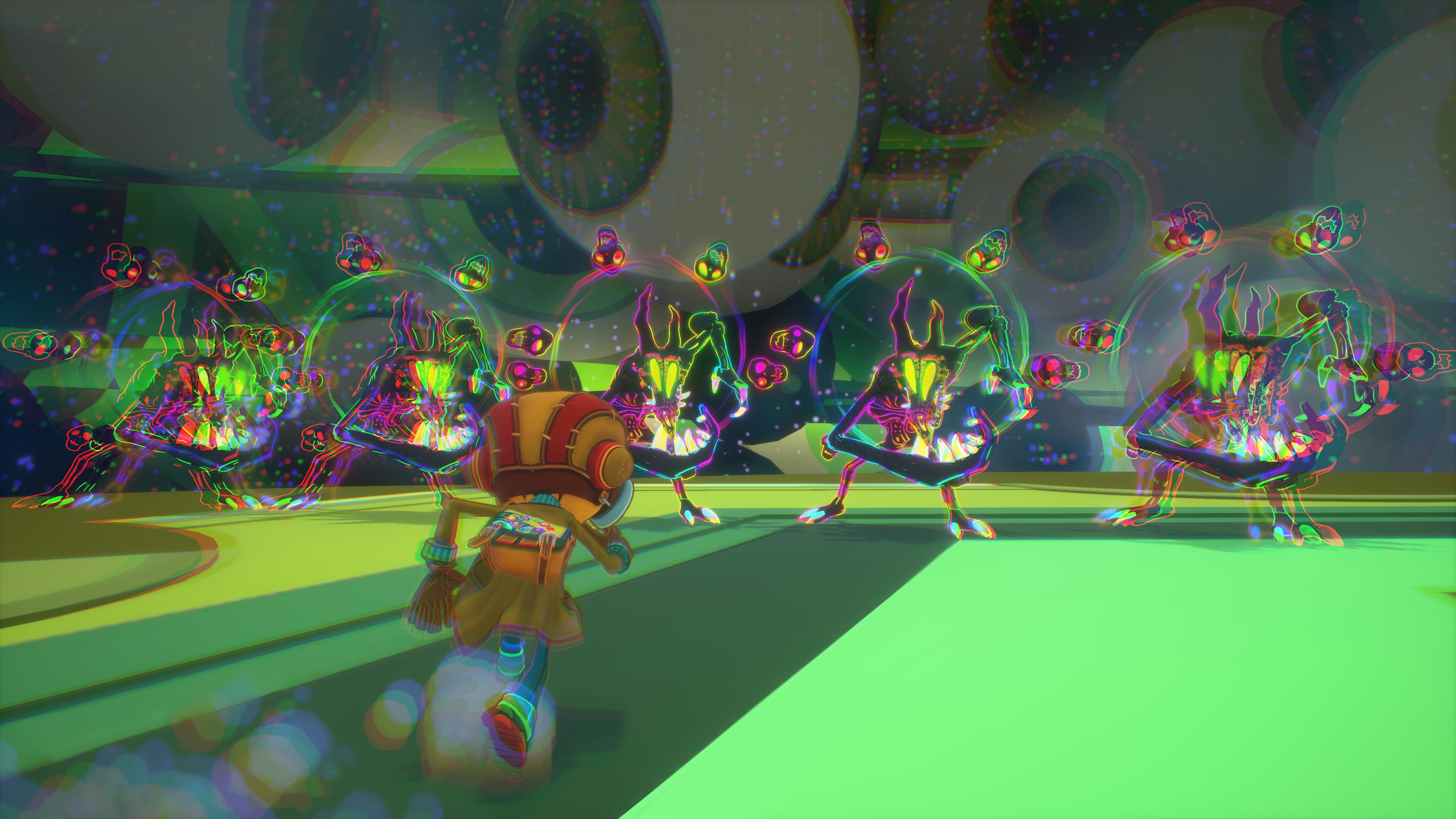 Compton’s Cookoff: Compton Boole is one of the original founding members of the Psychonauts – the Psychic Six, but when Raz first encounters him he has retreated to live inside a Psychic Isolation Chamber. He seems to be suffering from acute anxiety issues, and when Raz enters his mind, he finds his host’s anxiety manifested as a high-pressure cooking show in which Compton is the sole contestant, enterally judged, overwhelmed, and feeling unworthy.

Cassie’s Collection: Cassie is another member of the Psychic Six, who now lives secluded in The Old Colony, and when Raz encounters her, she is having self-control issues. Inside her mind, Raz meets many “aspects” of Cassie – a writer, a teacher, and a counterfeiter’s accountant, all controlled by a dominant, giant, aspect of herself: The Librarian. The Teacher aspect of Cassie teaches Raz the “Archetype” power 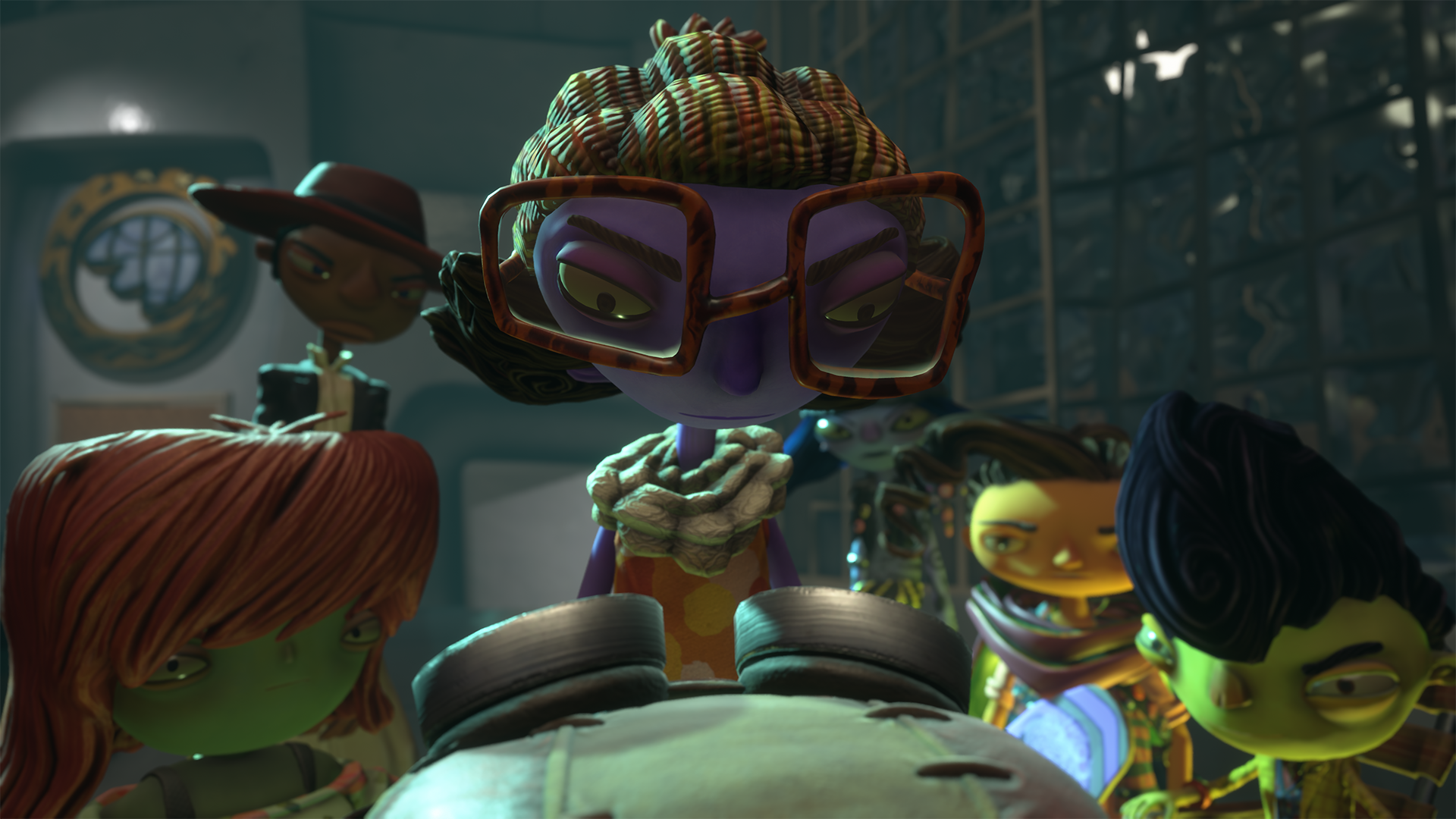 Cassie’s Collection has Raz visit a decrepit library where he needs to help one of the members of the Psychic Six. Her psyche has many levels and aspects, which you explore in the game. Finding a book within the brain level puts Raz into the actual pages as he performs a gauntlet of platforms.

Some of the things I did include heading into various books in the library. In these books, I’d use the words as ledges, you’ll climb the pages to collect the figments. While my time was cut short with the last section of the hands-on demo available to me, I was ecstatic with what the team had done and left wanting to dive into the full game. 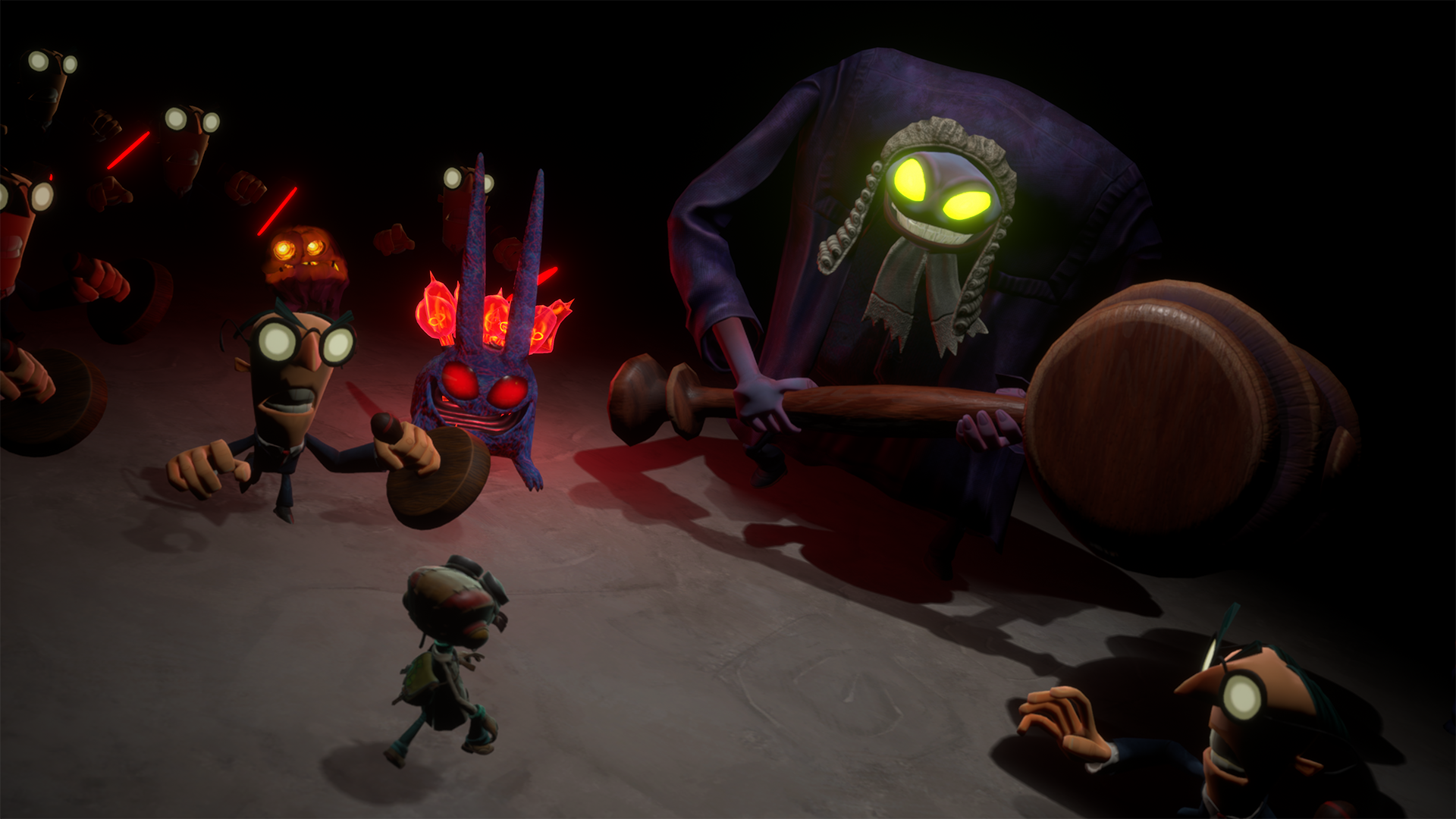 I only played the original Psychonauts years after it launched on Xbox but the game left its mark on me all the same. Double Fine’s been a staple in the games industry for years and I’ve always been there one day one to try the studio’s latest games.

Spending several hours with what is undoubtedly Double Fine’s biggest game to date has left me eager for August. While it’s been a long road filled with hurdles and delays, Tim Schafer and his team have something special on their hands. The powers are great, the cast is hilarious and Raz is a great protagonist that holds the entire thing together. Everything from progression to upgrades to challenge and even combat feels good and handle like a dream. There’s so much to love about Psychonauts 2 in the lead-up to launch but early signs point to it being a massive win for the studio and Xbox Game Studios.