On April 1st, I had the chance to meet the team from People Can Fly and Square Enix behind the new upcoming expansion for Outriders: Worldslayer and even play the new in-game content.

As you may know, Worldslayer is the next big expansion in the Outriders universe and is the ultimate version of the game for both new players and returning veterans. In addition to the content of the New Horizon update, Worldslayer contains a new campaign story with new gear, higher gear level caps, a new difficulty mode, new ways to progress your character further and a massive new endgame.

It will all launch in one pack that includes the original Outriders as well – while people who already own the base game can purchase a digital upgrade to Worldslayer.

You haven’t played Outriders before but still would love to play with your veteran friends? No worries — Worldslayer includes a brand new story campaign that you can jump into even if you never played before. The new content is suitable for anyone, may you be a veteran of many Expeditions, a player that just completed the main campaign story or a completely new player. Chose to keep your existing character or jump straight into the brutal 1-3 player co-op looter shooter action with a new character using the Level 30 Boost feature. 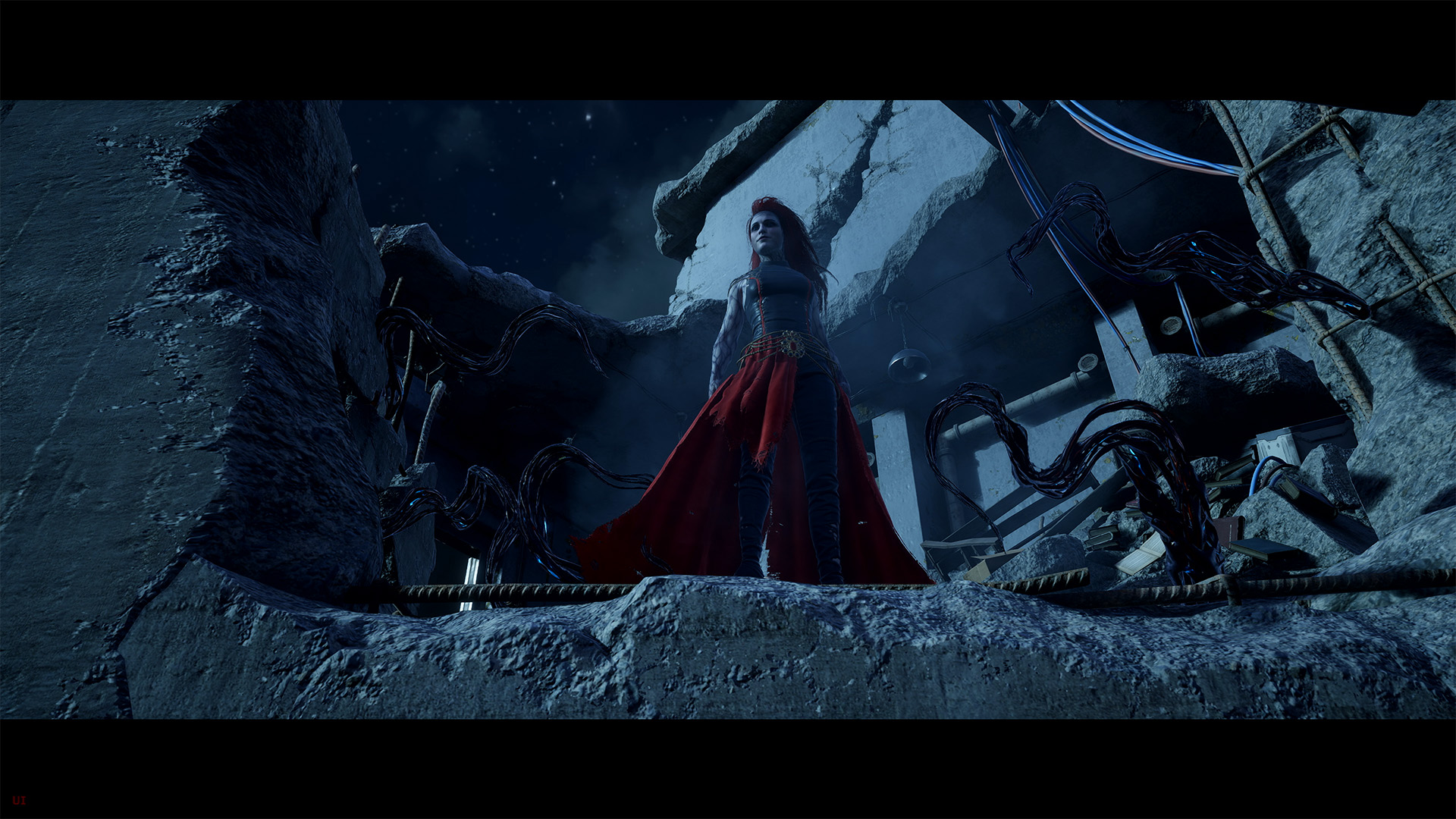 Ereshkigal, a powerful Altered who wields new powers no one has ever seen before stands in your way for humanity’s fate and survival. As Enoch experiences cataclysmic changes caused by the Anomaly, Ereshkigal plans to eradicate everyone.

By evolving deeper in the campaign, you will learn new information about the alien nature of Enoch and its story, focusing on a tight campaign experience with epic new environments and intense battles. 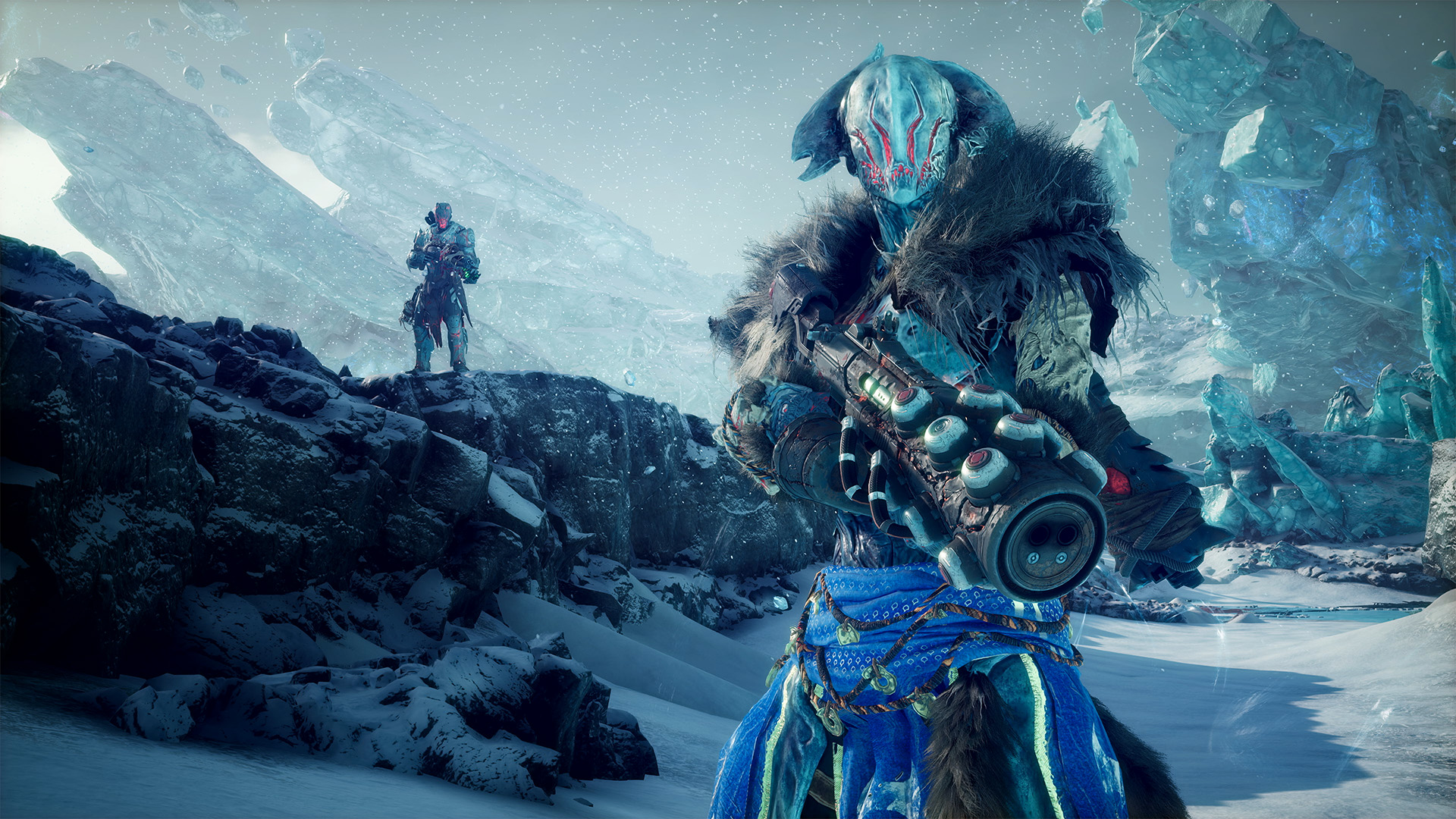 Even though you may access previous content from the original game through the timeline feature, which will all scale to your level, you will be able to carry over your existing characters or create a brand new one that can be boosted to level 30 with the appropriate guns and gear to begin your adventure in the new Worldslayer content. The character boost may be used as many times as you want, allowing you to start a new class anytime you want. Introducing tons of new gear, both weapons, armours and new mods, you will be able to get two new 5-piece and some other 3-piece Legendary armour sets which will be universally ready to equip for all classes. Containing over 100 new Legendary items across weapons and armour pieces, you will be able to ultimately change your gameplay by altering your abilities through unique mods as well.

Countless combos of the most powerful Epic, Legendary and Apocalypse items with increasing potential are awaiting you with these 3 mod slots allowing players to fully customize their loadout to match their playstyle. 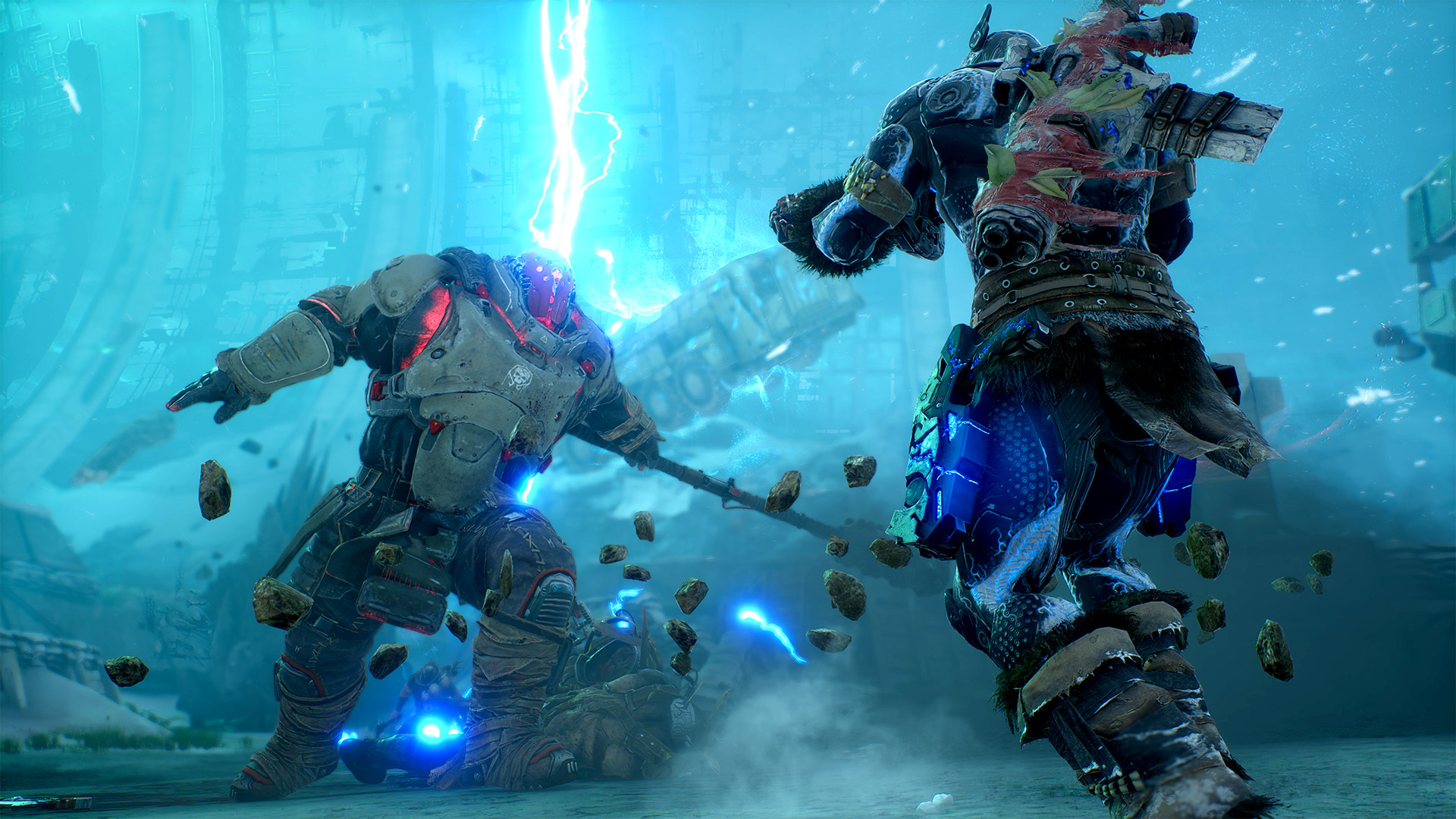 The new Worldslayer expansion introduces you to a new way to progress with your character: the PAX Class tree, which is a separate class tree from the existing three-branch class tree you may have been familiar with in the past. Unlocking at level 30, the new PAX Class tree will require its own PAX Points by completing the Worldslayer content milestones to activate the nodes in it.

You will be able to adapt your abilities and skills across both the Class Skill Trees and PAX Trees for additional hybrid branch boosts. Challenging yourself against all Apocalypse Tiers will allow you to boost your new progression system called Ascension. Levelling your Ascension level through battle experience will make you earn Ascension Points which can be used to invest in your character abilities: Brutality, Endurance, Prowess and Anomaly. Each of those categories has five options to invest in, including better armour, more HP, critical hit rates boost and more. Earning the total of 200 Ascension Points available should, according to the developers, take hundreds of hours. Are you up for the challenge? 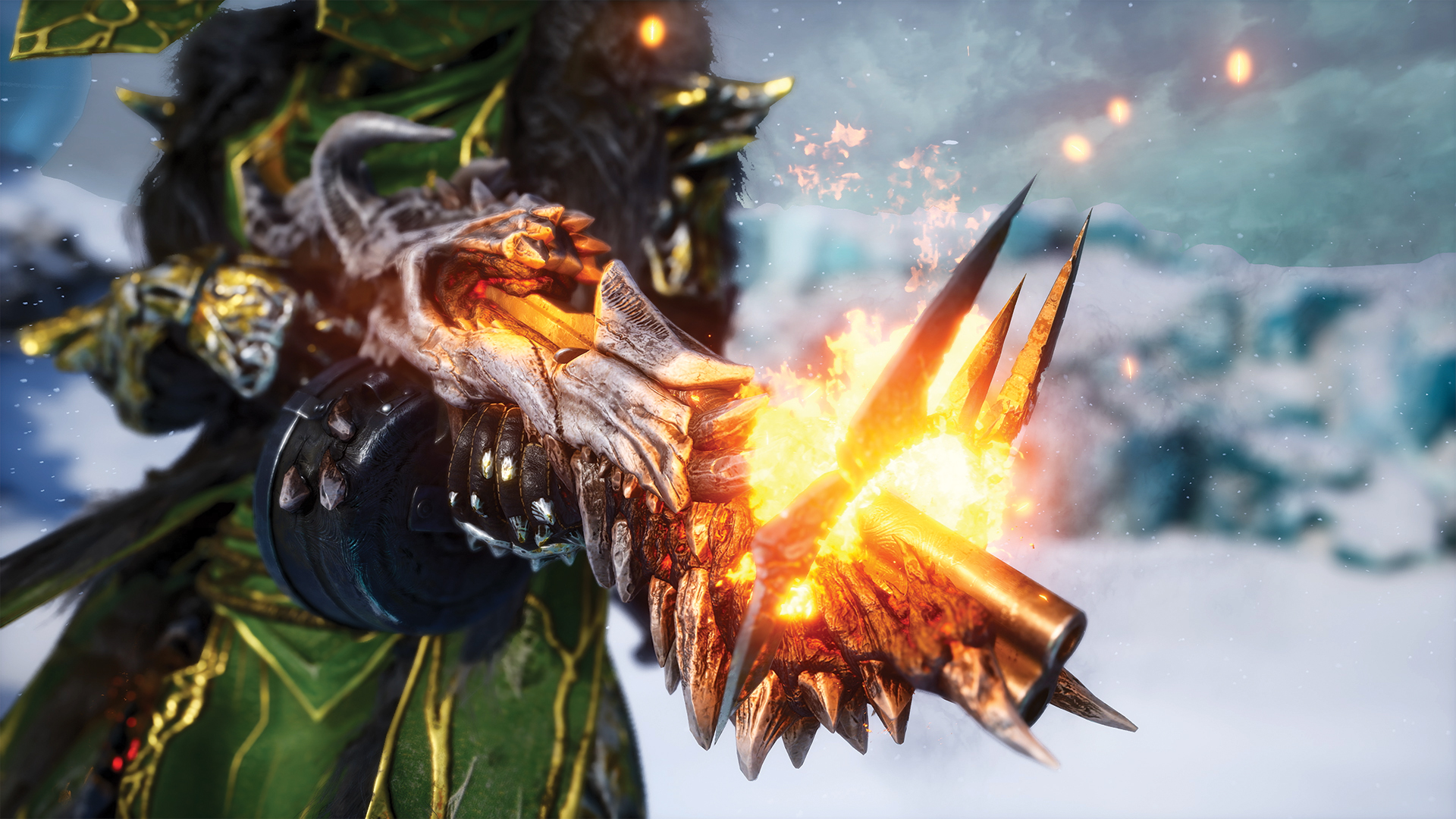 The game’s difficulty has changed

Allowing you to level up to 40,  this change will impact your max level of gear as well as the rarity of loot you receive and the number of experience points you will earn.

Challenge Tiers are being completely removed, this also means that Expeditions and Worldslayer content will both be playable using Apocalypse Tiers even if you do not own Worldslayer. This said, it also means that as soon as you start the new content, you will automatically change to Apocalypse Tiers and will stay on it no matter what content you’re playing, including in the original campaign, allowing you to work on your Apocalypse Tier progress by playing any content in the game.

Playing Outriders’ campaign on the Apocalypse Tier system will give you a harder experience with stronger enemies to fight and new loot. Of course, you may be able to switch back to the original World Tiers if you wish to play the original campaign content.

When you are playing on Apocalypse Tier difficulty levels, you have a chance to get Apocalypse Gear variants to drop. Apocalypse Gear pieces are variants of Epic and Legendary gear in the game and have a third mod slot available. The Apocalypse Gear can only be earned through drops and may not be crafted and the third Apocalypse mod slot cannot be edited, so finding an Apocalypse variant of a powerful Legendary with a strong mod in the Apocalypse slot will be key to unlocking maximum power for your Outrider. Suit up and get ready to start grinding, hunters!

The campaign in Worldslayer will bring you to the ancient city of Tarya Gratar, the cradle of the PAX civilization. Earn incredible loot as you dominate Expeditions or face new horrors in the new Trial of Tarya Gratar awaiting you.

As a New Player

This is my first time being able to cover the series as it isn’t something I’ve played before. Thankfully the base game is available on Game Pass and I’m happy I checked it out. Being a huge Destiny fan, I have to admit that playing the game was nice even though the narrative is not that great and the cutscenes feel like they still need some work. Having said that, after completing the main story and the extra content within 28 hours, I felt a bit disappointed with the game’s approach.

So being able to preview the new content for an hour I have to say that it was outstanding and the lore was way better than I expected. I loved the way the new PAX Class Tree gives players extra perks for our Outriders.

The new storyline looks great and the additional content is really appreciated. It’s like playing a whole new game and not just an expansion. This is definitely what I expect from a studio that wishes to give their fans new content and a way to bring back veterans.

Outriders Worldslayer will be available on June 30th, 2022.