Like a lot of you, I was burned by Nickelodeon All-Star Brawl. It had the makings of being a great accomplice game to Super Smash Bros. Ultimate. Sadly, that didn’t pan out the way I wanted it to but there’s still a chance to have a great follow-up. Enter MultiVersus, the upcoming free-to-play game from Player First Games featuring an extensive roster filled with characters from Warner Bros. I won’t blame you for comparing MultiVersus to any other fighting game as it pulls in DNA from several properties but I do know that after spending some time with it, there’s a lot that has me impressed and more I want to learn when the drops later this year.

The first thing that I want to get out of the way is that while MultiVersus is a wonderful alternative to Super Smash Bros. Ultimate, I don’t know if we’ll ever see it replicate the feverous love and popularity Nintendo’s brawler has garnered. That reputation has taken decades to build and while I think there’s something special to be had playing MultiVersus, it stands on its own merits.

I grew up with a lot of the properties WB has added to the growing roster. So far, we’ve seen Batman, Superman, Wonder Woman and Harley Quinn, Shaggy and Velma, Bugs Bunny and Tasmanian Devil, Arya Stark, Tom & Jerry; Jake the Dog and Finn the Human, Steven Universe and Garnet, and The Iron Giant. The last character mentioned is a bit of a sore spot on social media at the moment given what the movie’s message was, however, the studio says this is an alternate reality so I’ll take it at their word. 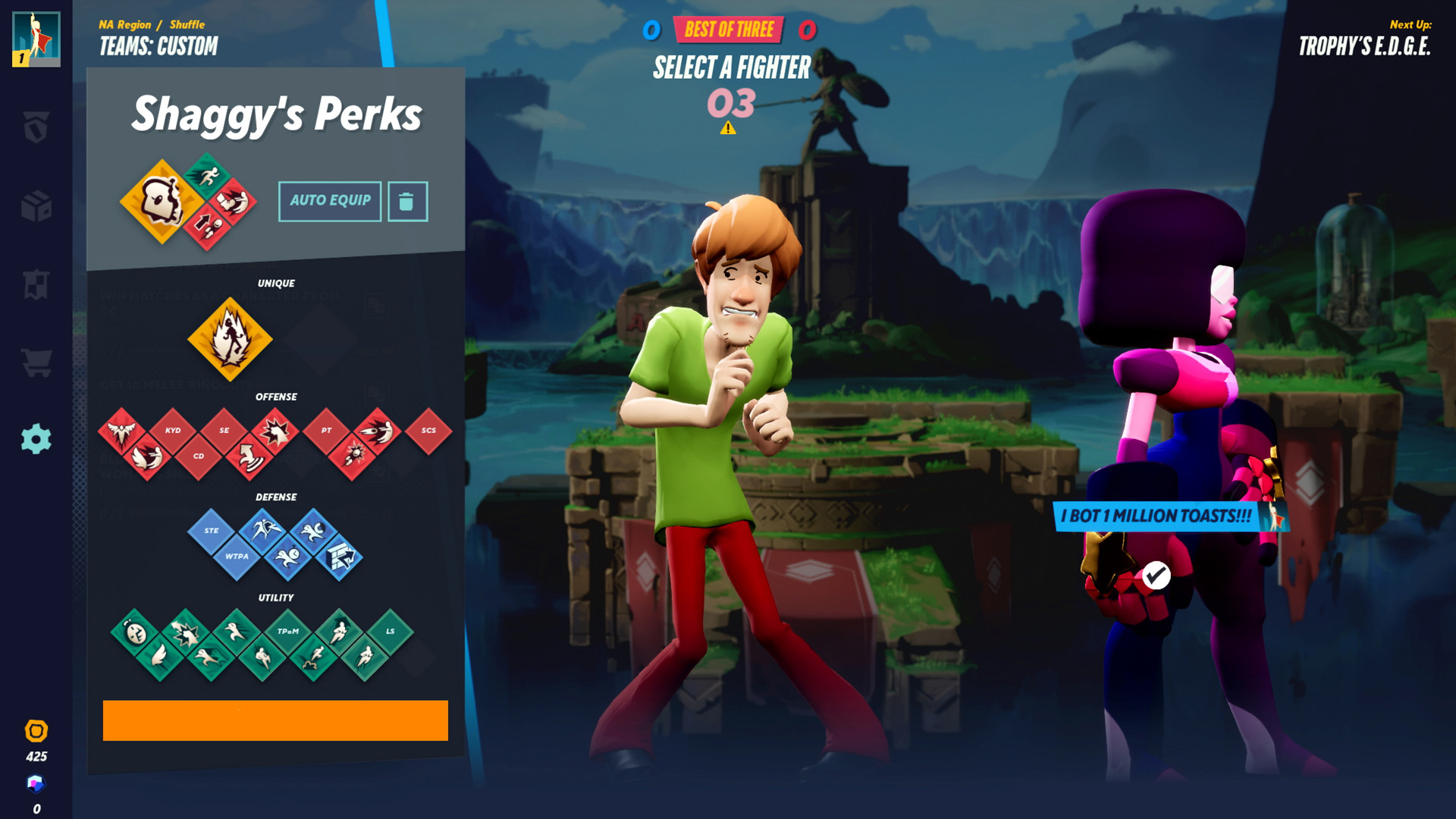 I’ve spent about a dozen hours working my way through the closed beta and am still as interested in the game as I was from the start. This bodes well because without giving a firmer response, I’m having a blast with the beta for what it offers. For anyone who’s played Smash, you’ll pick up MultiVersus in no time as it shares several similarities. The main goal is to know your opponent off the stage while dodging and using the ledges to weave and deal damage to opponents but where it changes things up is in the 2v2 team battles.

Teams are split between red and blue teams and you’ll need to score four points by defeating enemies. Don’t fret though as single and four-player modes are available too but the main draw has been the duo battles. Each time you knock an opponent off or deal enough damage to send them flying into the background, you earn a point for your team. What I like about this is essentially giving each team the capacity and freedom to earn points with the risk of losing lives — you essentially share the lives so both players stay in the game until the end.

And while a lot of the mechanics function similarly to Smash, the distinct lack of a block button has piqued my curiosity on why it wasn’t included. That’s the only grievance I have with the gameplay but the rest of the mechanics are familiar and well-tuned. Each character also has their own unique abilities and you’ll want to master them as part of a team. MultiVersus wants you to cooperate with your team member and you are encouraged to work as a unit to defeat your opponents.

MultiVersus has a lot of potential

Each character included feels different from their neighbour once you spend time with each of them. If you want a straight-up brawler then Batman is right for you. Spamming attacks will often lead you nowhere. Wall jumps come in clutch when pinned against enemies and I was surprised by how well recovery works in MultiVersus. Personally, I’ve been maining Finn since the closed beta kicked off. I have experimented with Jake the Dog, Shaggy, Arya Stark, and Superman. I still have a few characters to unlock but Finn has been such a blast to play and his moveset acclimated to basically every character in the available roster. Some games like Forza Horizon shower you with rewards, while others like Chocobo GP dole rewards out sparsely. Rewards in MultiVersus are given out at a hospitable pace and I never spent time worrying about grinding out a character or earning points. The developer has stated previously microtransactions are optional and all the cosmetics you find are the only things players can purchase with real money. You can buy additional characters without having to spend money on them but it’ll take a bit of time to do so with the in-game currency. 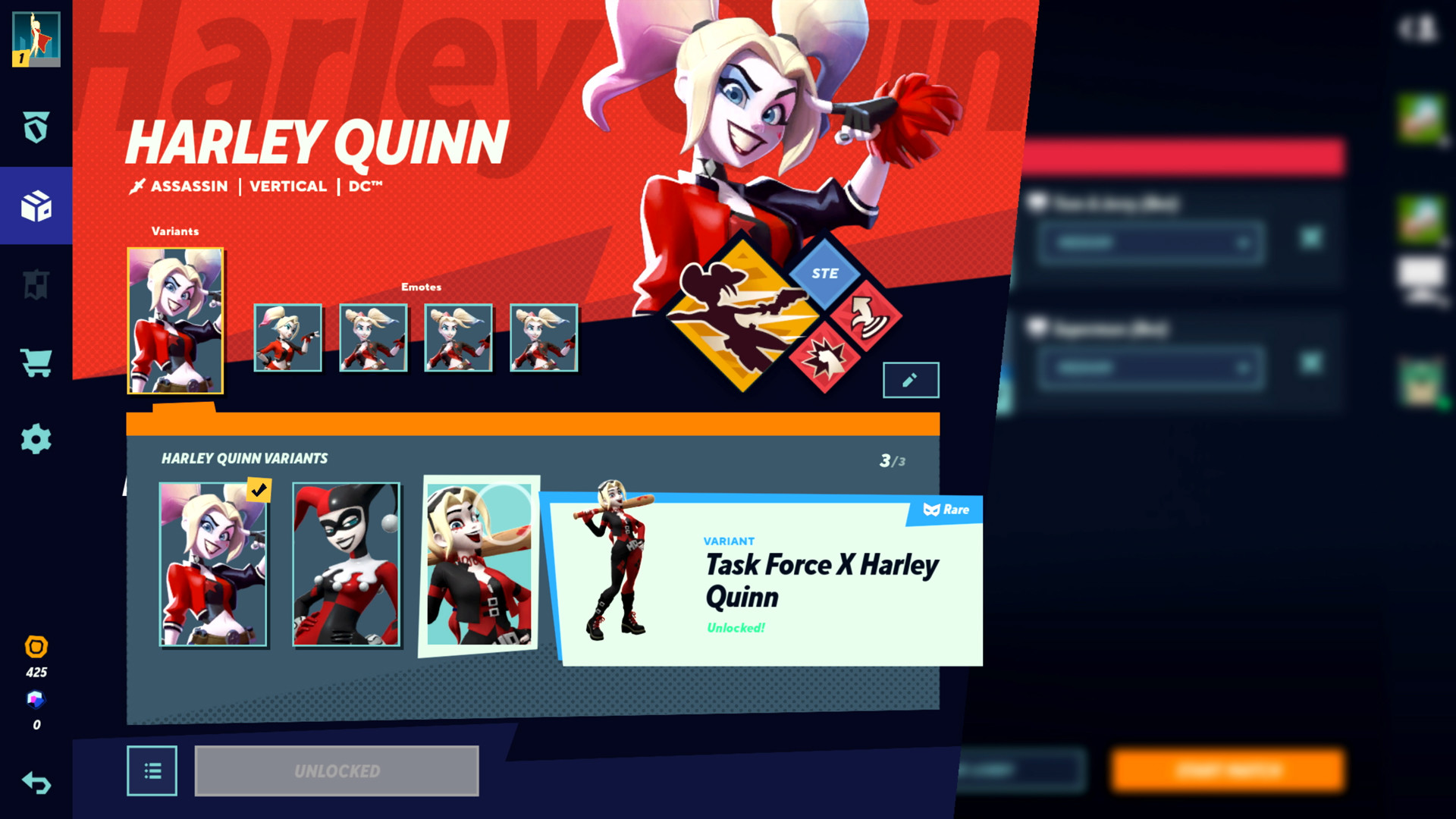 I will say though, that the alternate costumes included in the closed beta are great and I can see this being a big draw for players. Decking out Batman, Superman, Shaggy and Jake the Dog boasts a lot of potential and offers a lot of tie-in potential. If you decide to invest in the battle pass for MultiVersus, the way it stands now, you’ll be getting your money’s worth with costumes, perks, and bonuses.

Playing online was also a surprise to me because the developers promised rollback netcode and implemented it into the beta. In the dozen matches, I took online, I had one of the steadiest series of bouts I’ve ever had and it’s incredible how well MultiVersus works given there’s still no official date yet. I wouldn’t say it was a perfect experience as I did see minor glitches but not to the point of my opponents disconnecting mid-match. However, if this sampling is anything to go by, the final game has the bones to support an online community. 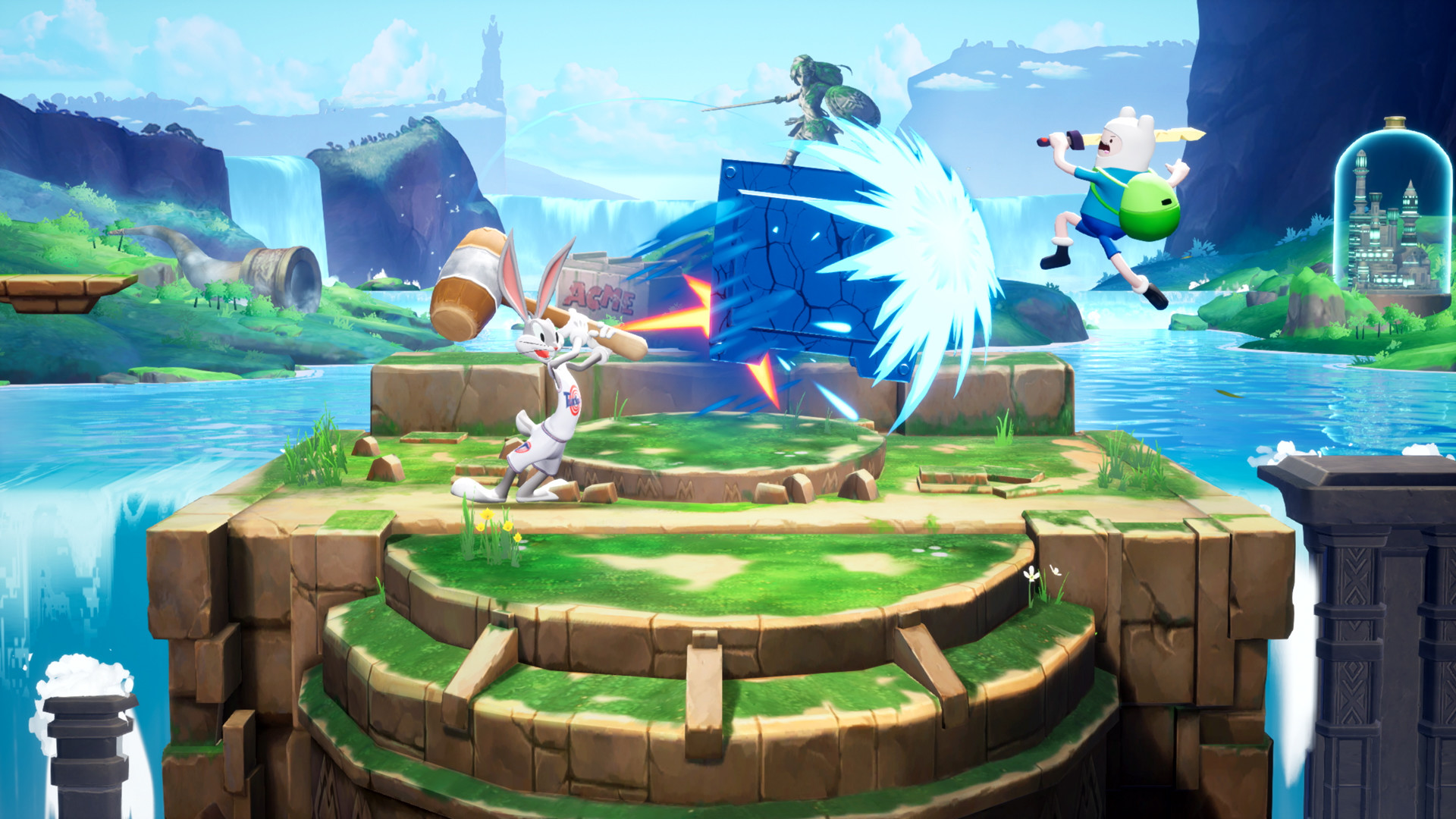 My time with MultiVersus fared far better than Nickelodeon All-Star Brawl. While I don’t see it replacing Super Smash Bros. Ultimate, it already has Nickelodeon’s ticket punched and there’s still some time before the game launches.

The roster is great and offers a good variety of iconic Warner Brothers characters with the gameplay delivering on several fronts. I want more time with the progression systems but I don’t feel like they are there to coerce you into purchasing bonuses and rewards more than any other game does. It’s also a bit early to say whether or not you’ll need to grind away for gear and items but so far I’m surprised how to put together this free-to-play game is turning out to be.

If the developers can stick to the roadmap they’ve created and continue to support the game with steady updates once the game officially goes live, I expect to see MultiVersus make a splash at several fighting tournaments and beyond. The game as it is is such a blast, it’s charming, and it has a lot of potential the developers can tap into.