Preview: Marvel’s Avengers Has My Attention

I’ve been undecided on whether or not Crystal Dynamics’ biggest game yet, Marvel’s Avengers is for me. From the initial reveal to the first showcase, my opinion has been little more than apathetic. The reveal at E3 2019 was unabashedly strange to me, and the criticisms the studio has faced since then have followed up until today, a month from releasing to the public.

I fell in love with Marvel’s Spider-Man, and Insomniac has unabashedly delivered the definitive web-slinging video game. I should also consider that Crystal Dynamics is the studio the revived Lara Croft and I adored 2013’s Tomb Raider reboot. However, this is the Marvel Universe at large for the first time, in a AAA video game and the studio has a huge challenge in front of them.

And since the reveal, I’ve felt that the game felt too… generic? How could you look at the original reveal of not see lifeless characters pretending to be Earth’s Mightiest Defenders? The reveal came with a fair amount of backlash from fans and critics and for good reason – there was a lack of inspiration when looking at the characters. Characters lacked flair or colour to their suits, Captain America’s costume felt like it was purchased piecemeal and thrown together, and the faces of our heroes felt any personality. After a decade of watching the Marvel Cinematic Universe blossom and give us the definitive versions of these heroes, I’ve become fond of those characters.

You also have to compare Marvel’s Spider-Man, an exclusive PlayStation title that introduced us to a new iteration of the web-slinging superhero, one that captured the spirit and carved out its path. A fine example is how Insomniac took the iconic Spider-Man suit and did their own thing, the design was chic and even explained within the lore.

But in the grand scheme, what matters is the gameplay. How does Marvel’s Avengers play? Much better than I’d expected after spending this past weekend playing the beta. My biggest takeaway after the trailers and guided demos left me feeling less than happy with the game. Thankfully, my opinion has now begun shifting from a lack of interest to a mild optimism that this might be a great video game.

The demo opens on A-Day, the event that essentially devastates San Francisco and shatters the Avengers. Starting on the Golden Gate Bridge, the beta kicks off with you taking control of Thor, who easily pummels the soldiers and their weaponry, you can even throw Mjolnir and have the godly hammer bounce around and knock out enemies. It’s a similar mechanic to God of War’s Leviathan Axe and its fun to use. Iron Man takes to the skies and battles it out as he navigates the bridge with ease. Eventually, you’re ambushed on the bridge and then you switch over to Hulk, who smashes everything in his way.

Captain America is on the Chimera dealing with enemies who want to kill him. He easily dispatches the combatants with his shield and physical prowess and the demo finally shifts to Black Widow, who tackles Taskmaster out of the sky and into hand-to-hand combat. Unfortunately, Taskmaster succeeds in his plan, and a Terrigen crystal explodes over the city, leading to new superpowered humans and effectively killing Captain America. This is what I found to be the most exciting bit of the beta for me, these narrative-driven set pieces that push the console to its limits.

I loved the opening segment of the beta. Getting to play as each Avenger in the opening moments offers a wonderful way to experience each character. I particularly enjoyed playing as Thor and Iron Man and Hulk, two of these Avengers being available in the beta. Moving on, the Avengers are disbanded due to their failure, Stark liquidates his assets and disappears. With the world in a state of confusion, Advanced Idea Mechanics (AIM) pick up the mantle and offer to help keep the world safe through advancing science to protect the world.

With so many Inhumans no spreading around the Bay Area, AIM begins to turn the world against these new superhumans, including Kamala Khan, the star of Marvel’s Avengers. Khan was victim to the Terrigen mist that exploded over San Francisco, and five years after the A-Day decimation, she is looking to gather the Avengers to save the world once again. 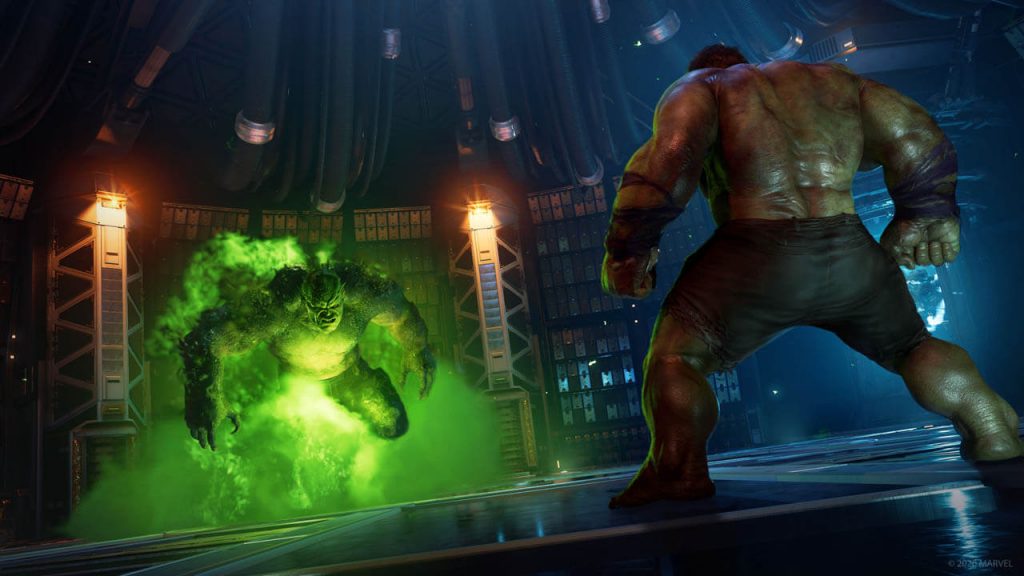 After clearing out a few narrative missions that take us to the Pacific South West, we play as Ms. Marvel who recruits Dr. Bruce Banner to help her find the other Avengers. If I could describe how Kamala plays, she reminds me of Luffy from One Piece and she’s a blast to play as. Each Avenger comes with Heroic attacks mapped to the shoulder buttons, as well as an ultimate attack that uses L1/LB + R1/RB together.

The beta includes 4 Hero Missions that are part of the Campaign, 3 HARM Room challenges, 4 War Zones, and 5 Drop Zones. The 4 Hero Missions are The Light that Failed, To Find Olympia, Missing Links, and Help Dr. Banner. Two of these include boss fights with classic Marvel villains and you can replay the War Zones content with any of the heroes as companions or as your key hero to try them out and level them up.

After I finished the Hero Missions, I jumped right into the War Zone missions, which are the core co-op missions available at the War Table in the beta. What took me by surprise was the expansive size of the maps, fully explorable and loaded with secrets to discover. You’ll also face off against several enemy types that will challenge you and your companions as you tackle AIM robots, soldiers, and more.

Six missions in the Pacific South West were available, a few in Utah. Many of the missions allow you and three other players to fully feel like superheroes. Once you select the mission you’re interested in, you can customize the loadout of your selected Avenger while the level loads. And as the level loads, Kamala will practice boxing, the Hulk will watch, and Iron Man will patiently wait to embark on the mission, these are neat little transitions to the open-ended missions.

In the beta, only one of three skills trees are available per hero and Crystal Dynamics you can’t max it out in one playthrough. This is, of course, a non-issue when the game launches next month, as you’ll have access to each Hero’s moves and heroics as you improve melee combat, ranged combat, traversal, Intrinsic Abilities, and Heroics.

I noticed that each War Zone mission begins at five stars above the title. This is the rank you’ll need to manage to achieve the highest status at the end of each mission. Downed allies cost one star, so if you’re playing as the Hulk, if Ms. Marvel is downed and you revive her, it takes away from a perfect score. War Zones also do not include any mini-maps to look at. Instead, you’ll explore by heading out into the unknown and seeing what hidden caches are out there, what secrets you’ll find, and more. 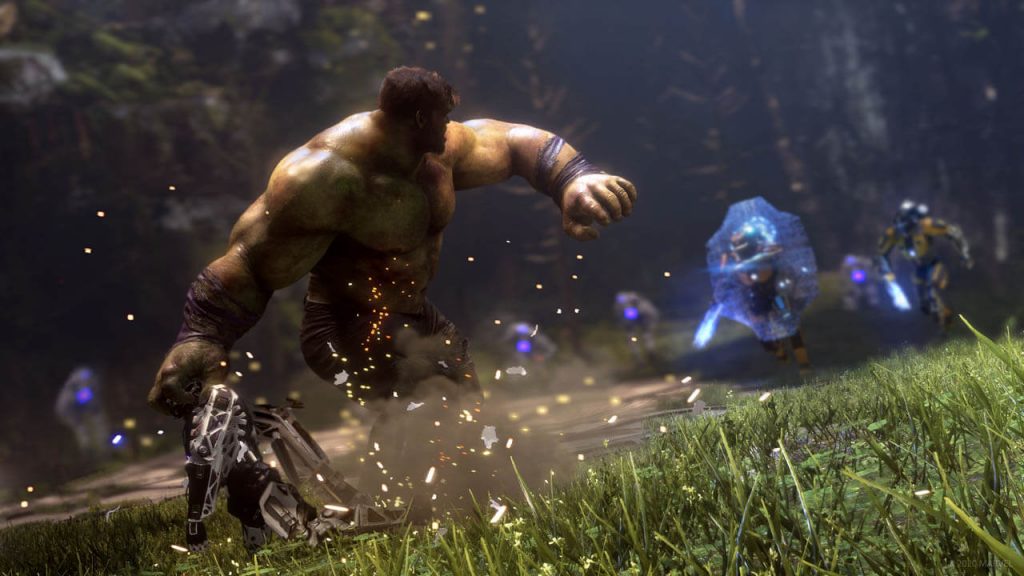 Overall, I noticed the AI is good in battle. AI companions will utilize the skills and abilities they have at their disposal and switch up their skill set when necessary. For example, I was playing as Iron Man and I noticed Black Widow using her ranged skills to tackle drones without me having to worry about them too much. When it came to deal with melee and close quarter combat, I was free to focus on my enemies while having the AI handle the others. As you near the end of a mission, you won’t be able to respawn, which is similar to how Destiny does things when dealing with particularly difficult bosses.

The HARM Room (Holographic Augmented Reality Machine) is a holographic training room where you can practice playing with each available Hero. I didn’t spend a lot of time here, but I did test out playing as Iron Man in the simulator. What I did was head to the room on the Quinjet and then as Kamala, you’ll select the Avenger you want to practice as. I spent a half-hour or so as Iron Man learning the mechanics of his fighting style and learning how to use repulsors, and also flight capabilities in exciting ways in combat. 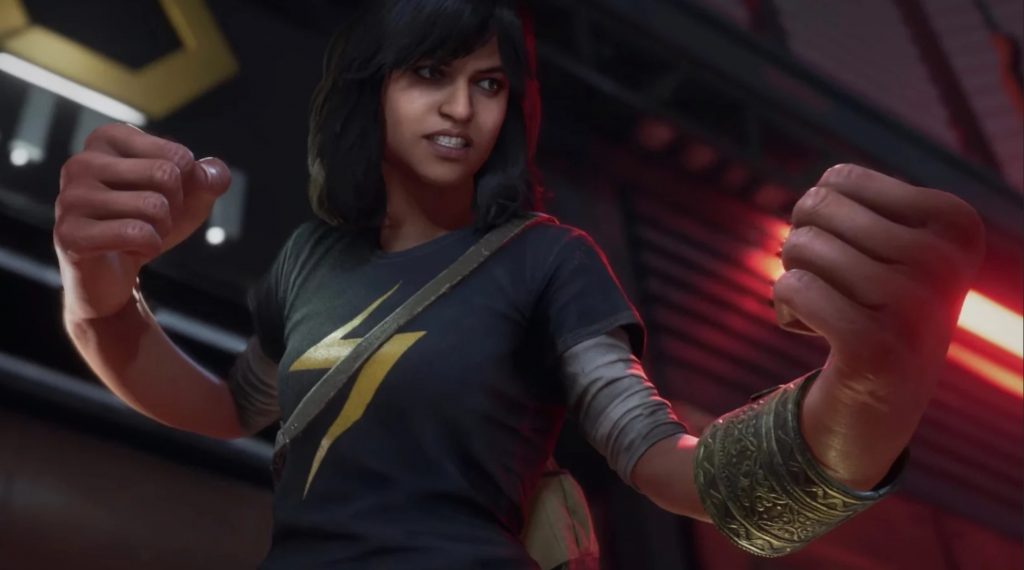 I wasn’t excited by the initial Marvel’s Avengers first look and that’s why I’m happy to say I’ve somewhat come around to what we’re seeing. Granted, I do have some qualms that I hope Crystal Dynamics addresses in the future: the camera shakes far too much when in battle and this is really disorienting for me, the motion blur is overdone and I hope that it can be turned off in the final game. That said, War Zone missions are fun, short, and an excellent way to level up your heroes. I enjoyed the handful of Hero missions and I’m eager to spend time on the narrative side of Marvel’s Avengers when it launches on September 4, 2020. There is still quite a bit of work to do and Crystal Dynamics has about a month before launch, however, this is a GaaS title so I expect to see improvements down the line.