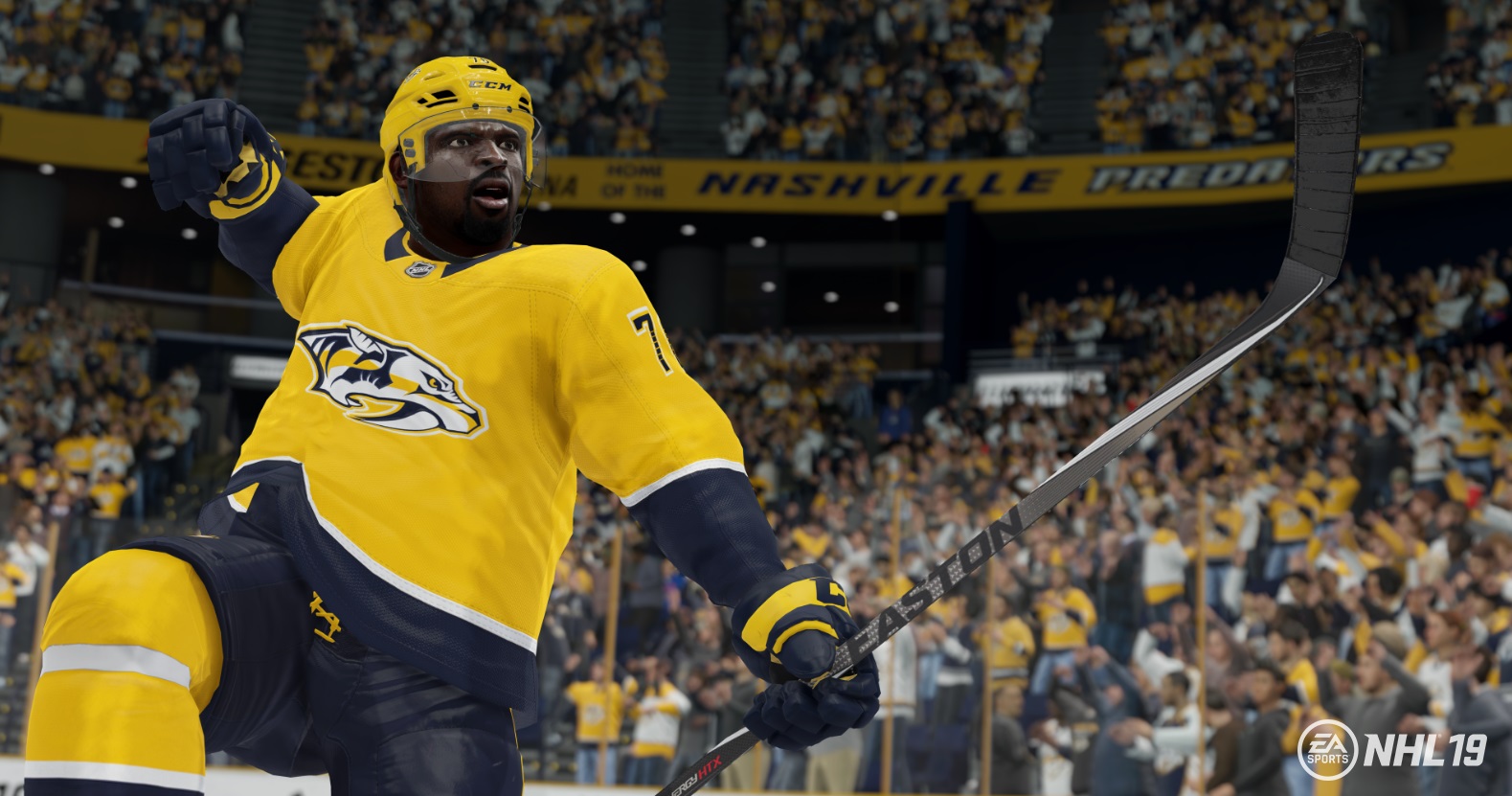 Preview: Hands-On With NHL 19 In Toronto

This past weekend we were invited to Le Germain Hotel in Toronto where we were lucky enough to get a preview of NHL 19 that will be releasing on September 14. The Creative Director, William Ho, was on-site to brief us the newest features that are being packed into NHL 19 before letting us experience NHL ONES first-hand.

William first touched upon the plentiful amount of customization features available for players to create characters that match their sense of style. With over 900 items to acquire, players will routinely alter their wardrobe upon acquiring new items from playing the game. Put simply, the more you play, the more items you will unlock. He also mentioned that players will rejoice in knowing that duplicate items will not be an issue as you will only unlock new items.

We then looked at the inclusion of Real Player Motion (RPM) Technology that delivers a never-before-seen immersive experience due to the realism of player movement and interaction on the ice. Player movement is life-like as skating, speed, and each turn, simulates a true NHL experience we have been craving. The most impressive feature detailed with the inclusion of RPM Technology dealt with the physics of collision detection to highlight every hit that is made on the ice.

The mode NHL THREES will be returning to NHL 19 alongside a new and exciting NHL ONES mode. NHL ONES is an experience like no other as these games are hosted on ponds that feature beautified landscapes. Progression up the ladder of success will also introduce players to new ponds that will feature even more breathtaking scenery. The finest of details were illustrated within this mode as William stated that a puck that leaves the pond towards parked cars on the side will trigger an alarm. Each NHL ONES game will feature three players, but it will be every man for himself as you try and score the most goals before time runs out to become the victor. The only rule on the ice is to have fun and score. This mode will be online only and will feature daily challenges where players who win the most games in a day will be crowned victorious and awarded with content to be detailed in the future.

William was also able to share with us some information pertaining to the Pro-Am mode where you will be able to play as the best NHL players from the past and present. This mode will feature around 200 players and the full list will be detailed closer to release.

After William detailed the many highlights of the upcoming release of NHL 19, I tied up my skates and hit the ice onto the NHL ONES mode alongside two others who were also attending the event. It was instantly showcased through gameplay and overall excitement that NHL ONES will be one of the best features of NHL 19. While the hands-on experience with NHL ONES was brief, the enjoyable gameplay had a lasting effect. It was quick to get into a match and players will want to invest many hours into this mode to have fun and to see if they are worthy contenders. Seeing and feeling the impact of every hit and the realism it portrayed showcased the implementation of RPM Technology and how it will alter the NHL experience going forward.

There are several changes to NHL 19 from the previous year and it looks as if they will be defining features of the franchise. Check your calendars as September 14 will mark the day you return to the good old hockey game.