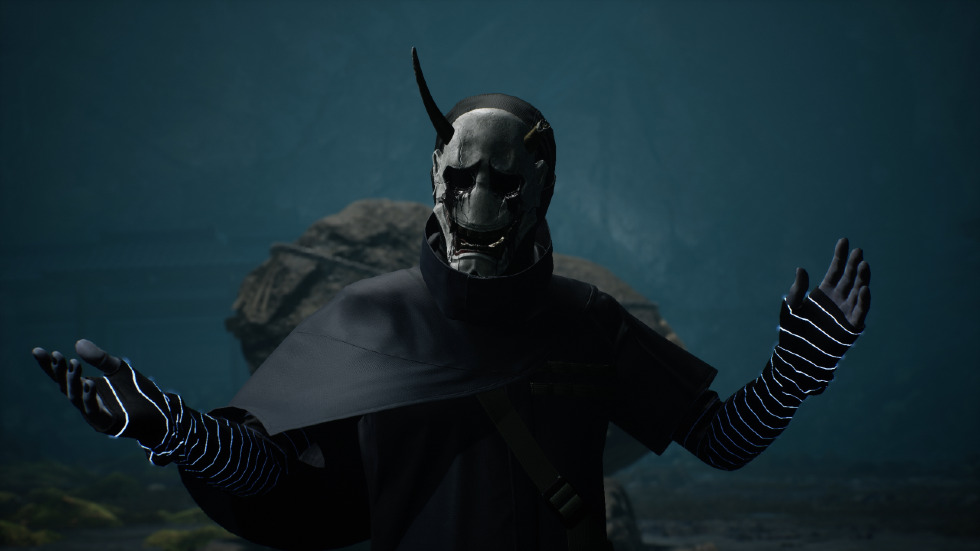 Since Tango Gameworks first revealed Ghostwire: Tokyo during E3 2019, I’ve been trying to put my finger on what this game actually is. Its eerie, fog-painted backdrop of Tokyo and bright neon lights piqued my interest but its gameplay loop left me puzzled. The tone and themes felt ominous but it was unlike the distinct horror of the studio’s The Evil Within series.

Thankfully, we’ve got a chance to jump deep into the first hours of Ghostwire: Tokyo to unpack what the game has in store for players. This early look helped open my eyes to piece together this mystery. Throughout the game’s first two chapters, I was introduced to Akito, the main character and KK, a spirit who bonds with him. I was also inundated with Ghostwire: Tokyo’s gameplay and got a taste of what to expect from its exploration.

As far as the setup of the story goes, Tokyo has been overtaken by foreboding spirits known as Visitors. Most of the civilians residing in the city have disappeared, with some leaving their spirits behind. Akito is possessed by spirit detective KK and the two begin to form a love-hate relationship with one another. In fact, both need the other and must begin to work together in order to fight the Visitors. Akito’s sister, who is hospitalized, is kidnapped by a group of Hannya-masked foes. The latter of which KK has mysterious ties to.

Ghostwire: Tokyo has a lot to prove

The setup itself is really intriguing, especially as a fan of The Leftovers. Roaming the empty streets of Tokyo is haunting in and of itself but to see the undisrupted remains of clothing and personal items adds a lot of texture to it. As far as the dynamics between Akito and KK are playing out, I’m still hoping for it to be fleshed out as time goes on. There is a bit of a buddy-cop relationship brewing here but some of the interactions are rather stale. That said, the game defaults to Japanese audio and I’ve been loving the voice-over work done here moreso than the English-speaking dialogue. 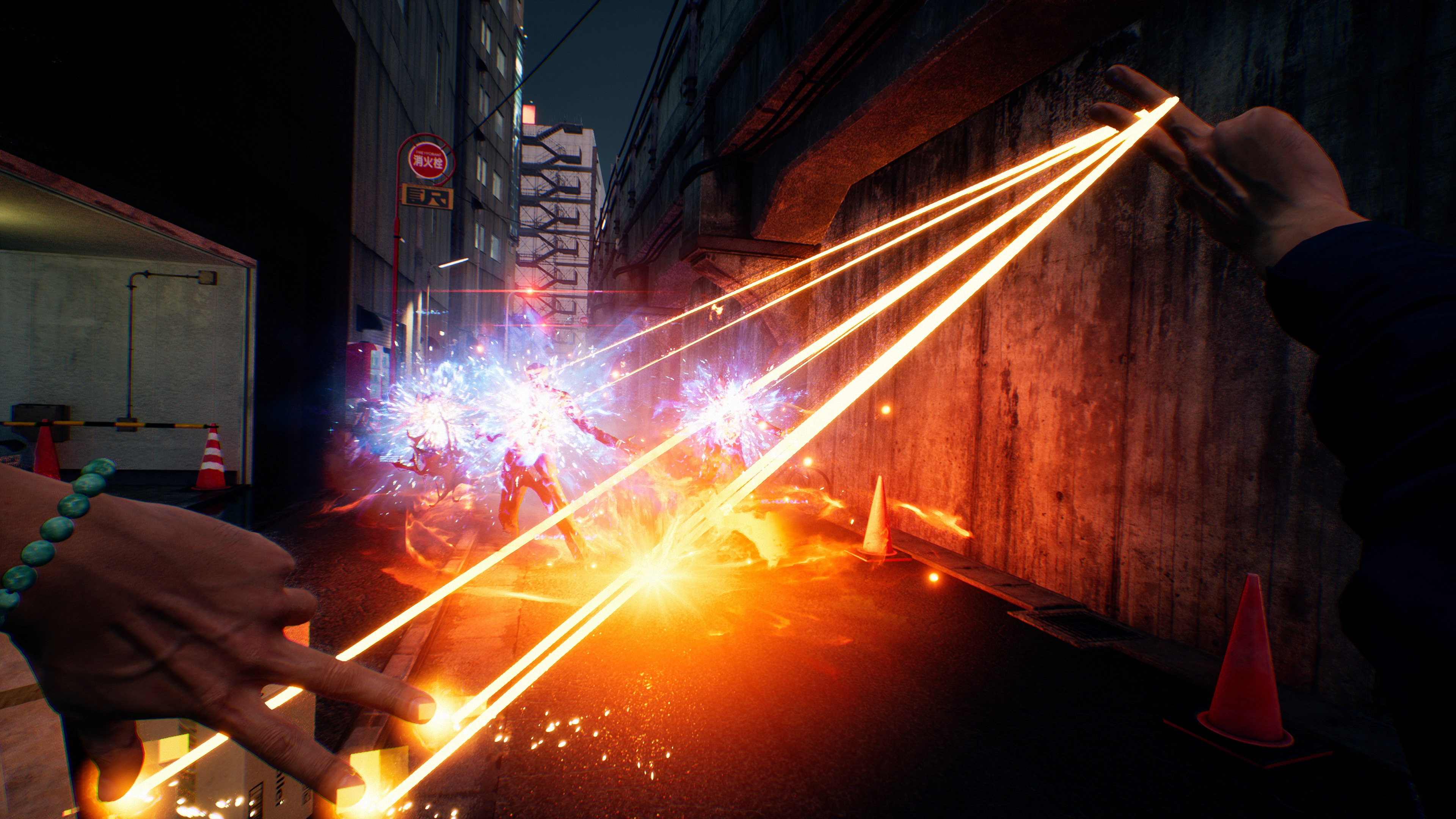 Tokyo is now populated by the evil Visitor spirits. Some of their imagery is a bit unnerving but is far from anything The Evil Within served. So far, nothing I’ve come across has crossed the line into the horror territory. Though, the faceless, slender, suit-wearing Visitors are a bit creepy. The atmosphere and environments have been the most alluring aspects of Ghostwire: Tokyo so far. As the rain drenches the streets and neon signs illuminate the horizon, I’ve been enjoying my time so far cleansing Torii Gates and discovering more about the world.

Akito harnesses elemental moves known as “Weavings” to defeat the Visitors. As far as the first two chapters go, which largely serve as the tutorial, I’ve been able to unlock and play with three elemental Weavings. The first is the Wind Weavings, which is the standard attack. Akito is able to cast fast-firing attacks that pepper the enemy. Fire Weavings are more explosive but slower. Finally, Water Weavings cut through the air and cover a wider range. Alternatively, each Weaving can be charged for greater effect. 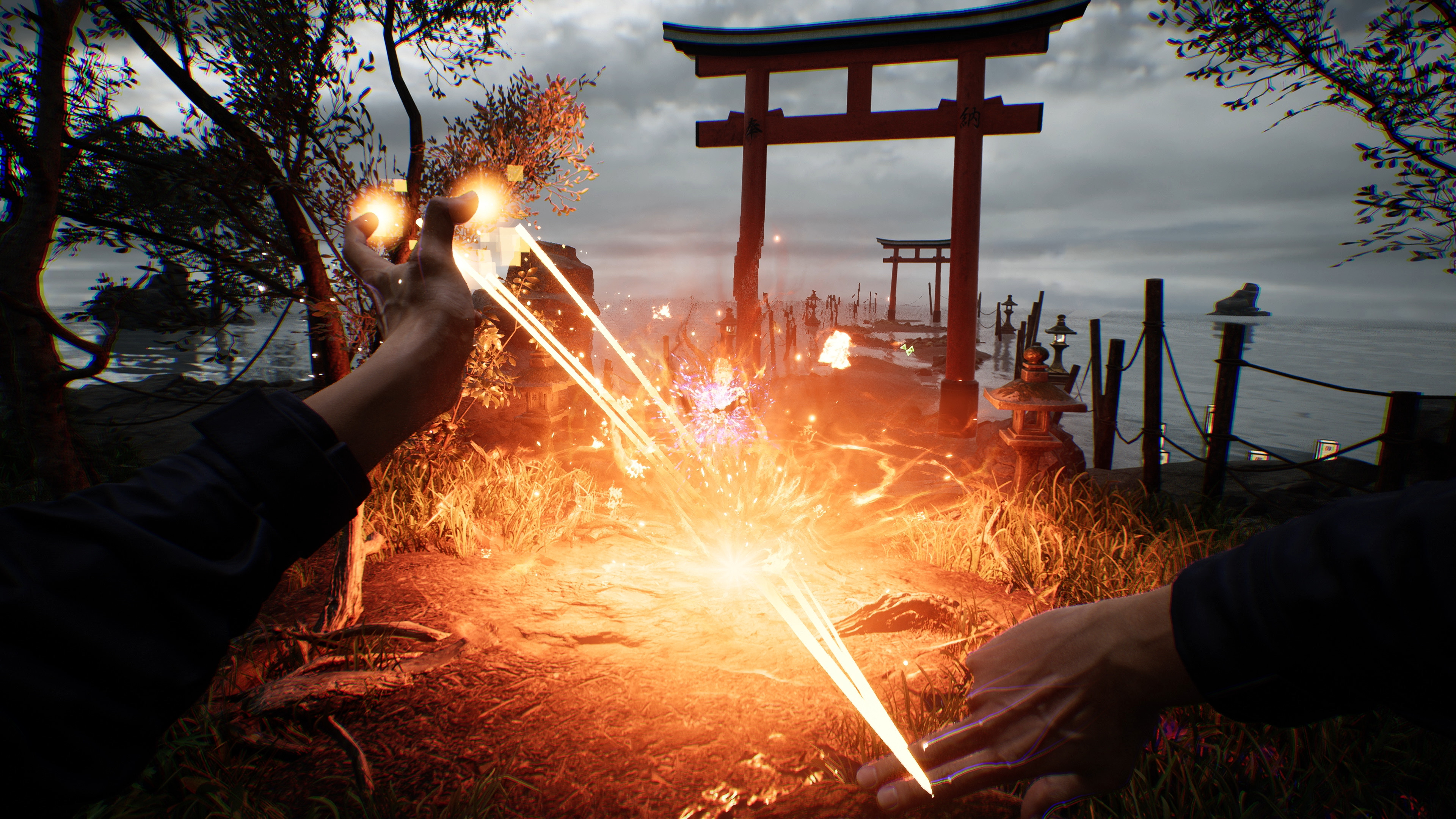 The combat so far has been incredibly sluggish. The loop to defeat enemies is to hit the Visitors enough times that it exposes their core. Akito can then pull it out, defeating the enemy. Due to the combat being in first-person, I struggle to wrap my mind around the pacing so far. Combat is not fast enough to be categorized as an FPS but isn’t slow enough to be compared to a game like Dishonoured. Additionally, the game introduces stealth-based combat, where Akito can grab an unsuspected enemy core or shoot them with a bow and arrow. Though, so far, stealth is very surface level.

That said, Ghostwire: Tokyo’s combat makes up for all of that with its style. There is so much thought being put into how the Weavings differentiate from one another. Akito’s hand movements when casting can be drawn to Doctor Strange in the MCU. It’s stylish and flashy. When yanking a core out of an enemy, the screen explodes with colours and particles. Plus, when using the DualSense, you do become a bit more immersed when feeling the tension in the triggers and the rumble of the haptics. 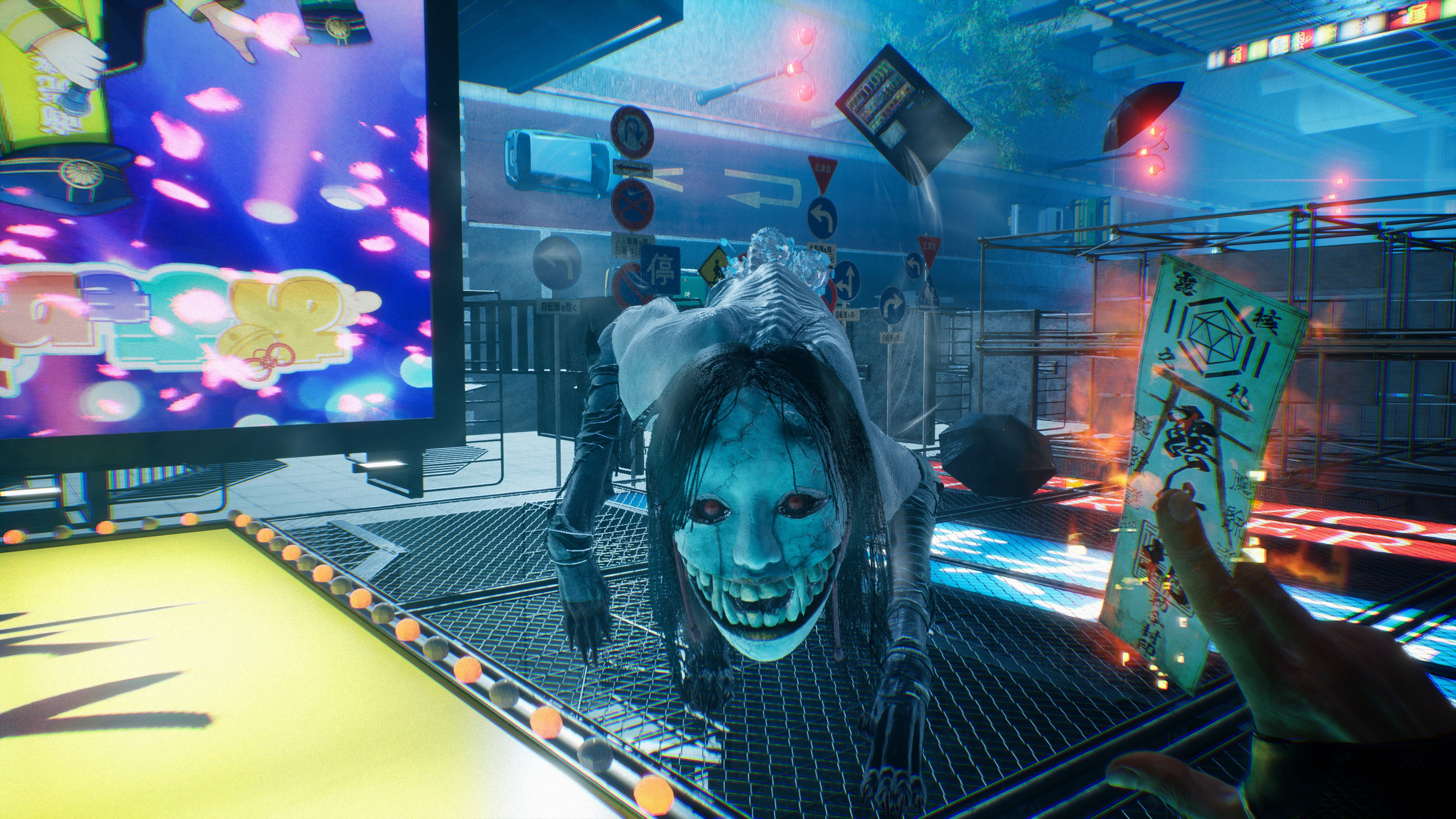 Outside of cracking open this mystery of the Hannya-masked Visitors, Akito and KK serve as spiritual problem-solvers around Tokyo. Many of the side missions introduced within the first two chapters see Akito being asked by a spirit to investigate a home or to track down another spirit. So far, there hasn’t been a whole lot of variety. When entering a home, you’re almost playing Ghostbusters as you located a spirit in distress and try to calm it or bring it peace. There are also a lot of collectibles to find that draw on Japanese culture and folklore. It’s been interesting to learn more about Jizo statues or Katashiro papers, which are used to capture spirits around the open world.

So far, Ghostwire: Tokyo has been enjoyable. While in the early throws of my time with Akito and KK, I’m hopeful their bond will lead to a fleshed-out and interesting dynamic. Tokyo itself is busting with style, atmosphere, and love for its culture. For that reason alone, I’m okay that combat is a bit one-note so far. As I continue, we’ll see if Tango Gameworks is able to broaden that aspect of the game.

Be sure to keep an eye on our full review of Ghostwire: Tokyo before the game lands on PlayStation 5 and PC on March 25.