I’ve always found the Forza Horizon series to do two things better than other racers — providing the thrill of barreling down a street at 300KM/h and giving us the most lifelike and gorgeous car models in the industry. It’s also the one series on Xbox that regardless of what I say here, won’t come close to actually sitting down and playing through the game yourself. After spending a few days lost in Mexico, I’m confident saying that I’m ready for it to be November 9 so I can dive back into Forza Horizon 5.

Forza games are about building your adrenaline across multiple events and while ensuring your victory in the Horizon Festivals sidequests need to win to become the best in the world. I’ll say that that the opening race is easily my favourite out of every Forza Horizon game, if only because of the sheer spectacle that Playground Games looks to deliver this year.

Welcome to the Horizon Festival

Continuing by putting the focus on the player, Forza Horizon 5 is looking to keep you busy with an impressive list of cars put together for the festival, enough events to keep you coming back, and all the customization options you could ask for to make both your cars and character look like a superstar. The opening moments let you choose your avatar, select a nickname (I went with Zeus), your pronouns, and even pick what your prosthetic looks like before being jettisoned off a plane.

These biomes represent the diversity in Mexico’s landscape, from canyons filled with rock formations and unique striations, a tropical coast filled with palm trees white sand beaches and calm water. Mexico’s farmlands are filled with rolling hills and lush vegetation and wide, shallow rivers while the arid hills are full of dry grass and open spaces to go off-roading on. The jungles of Mexico are full of lush, dense vegetation sporting impressive waterfalls and rivers. In total, Playground Games say there are a total of 11 unique biomes “each of which was painstakingly researched and recreated by the team.” 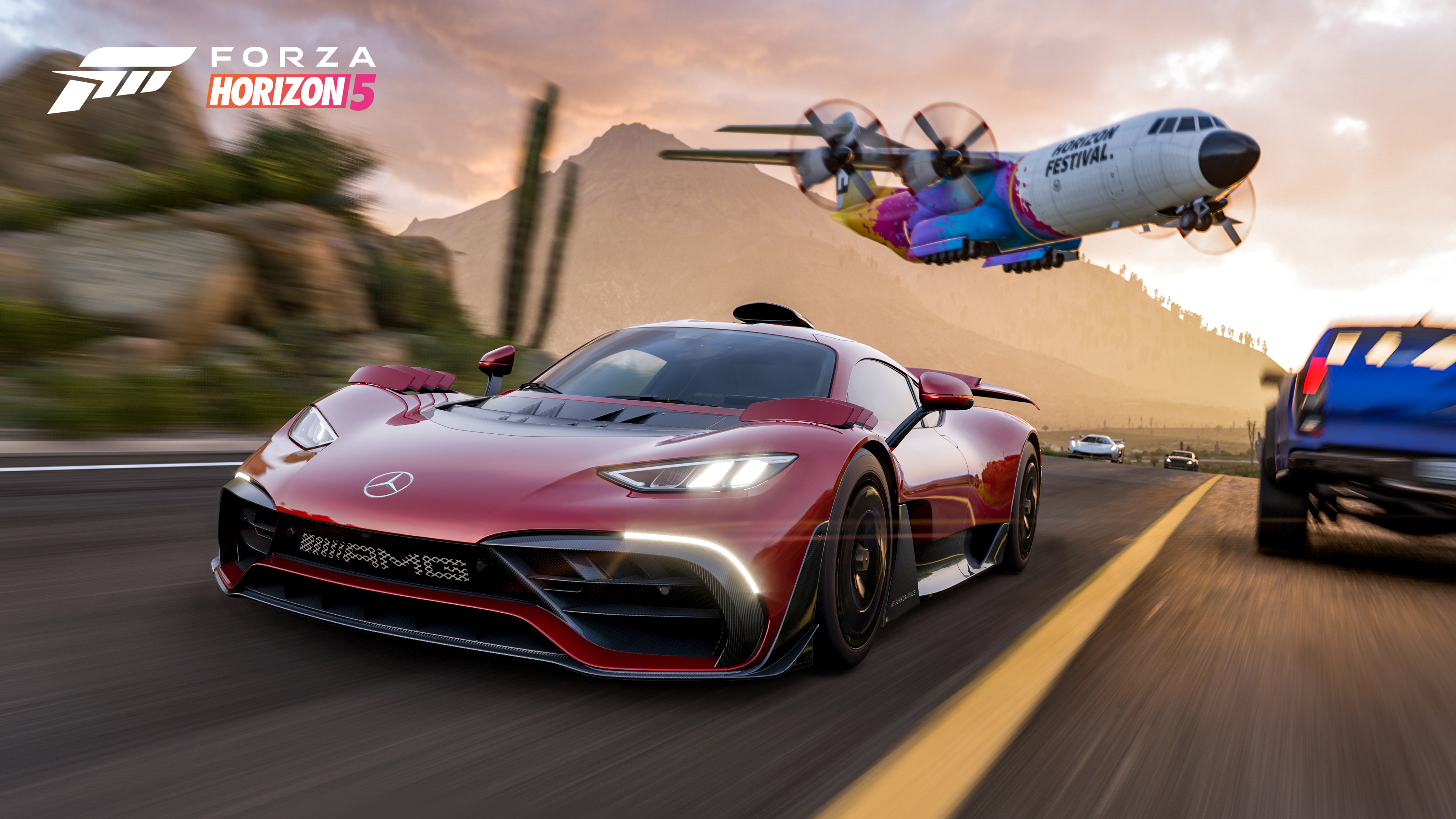 While I agree with Luke’s opinion on Forza Horizon 4’s campaign has a distinct lack of progression, this year’s follow-up looks like it’s learned from the past. Previously, cars were given out for accomplishing pretty much anything and at one point, the wheelspin I had stacked hit nearly 100. In Forza Horizon 5, I can tell already it’s a tighter experience but I’ll follow up when we tackle our review in the coming weeks. Right now, from my hands-on time, I was eager to continue the game’s idea of a campaign thanks to the new structure in place. 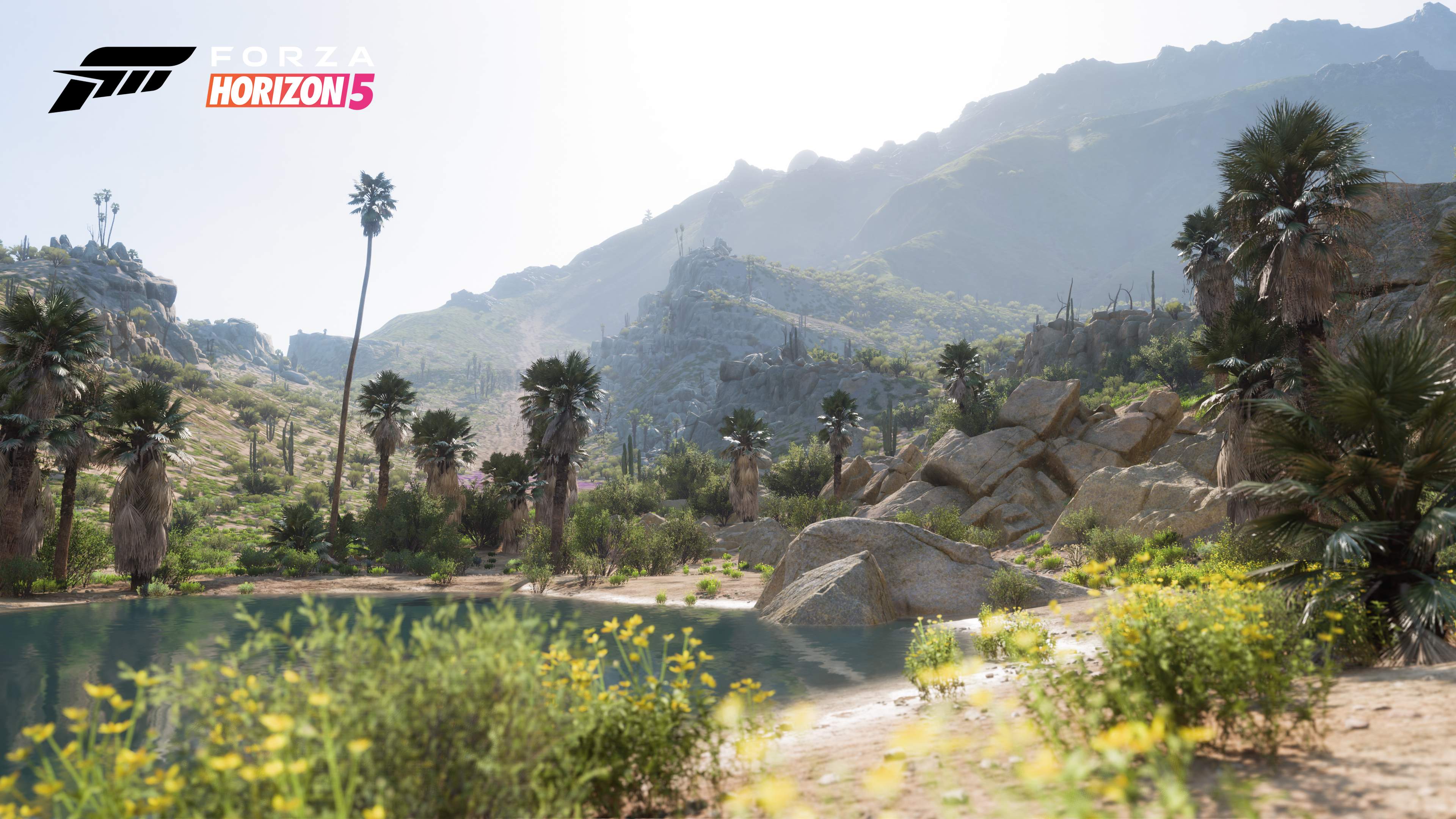 If you’ve seen the preview above for the first 10 minutes of Forza Horizon 5, it looks good but plays better. This year’s inaugural opening race is a great mix of off-road and street racing paired with tons of jumps and stunning vistas. With a few exotic cars to give players a small taste of the raw power, these beautiful machines offer, all while showcasing a small slice of Mexico on your way to the first Forza Festival. The race ramps up rather quickly, giving you a stunning transition between each car type, climbing to a stellar finish with a Mercedes Benz hypercar race to the finish as a jumbo 747 descends to the festival. You’re given a lot of gorgeous backdrops from the start and these provide a great sense of the country, especially during hitting breakneck speeds of some of the most advanced cars on the planet.

Take it to the streets

Performance mode favours a solid and 60 frames per second while resolution aims to be a consistent 4K and 30 frames per second. In a series like Forza Horizon, I prefer higher frame rates where available.  Whatever model you decide to go with, the game is a shining example of what first-party support for the Xbox Series X offers and I am more than ready to get my hands on the full game to dive back in and get lost in this beautifully rendered version of Mexico. Given this was only a preview session I’m holding off on saying much more before getting my hands on the final retail version. That said, I’m excited to see and play more. 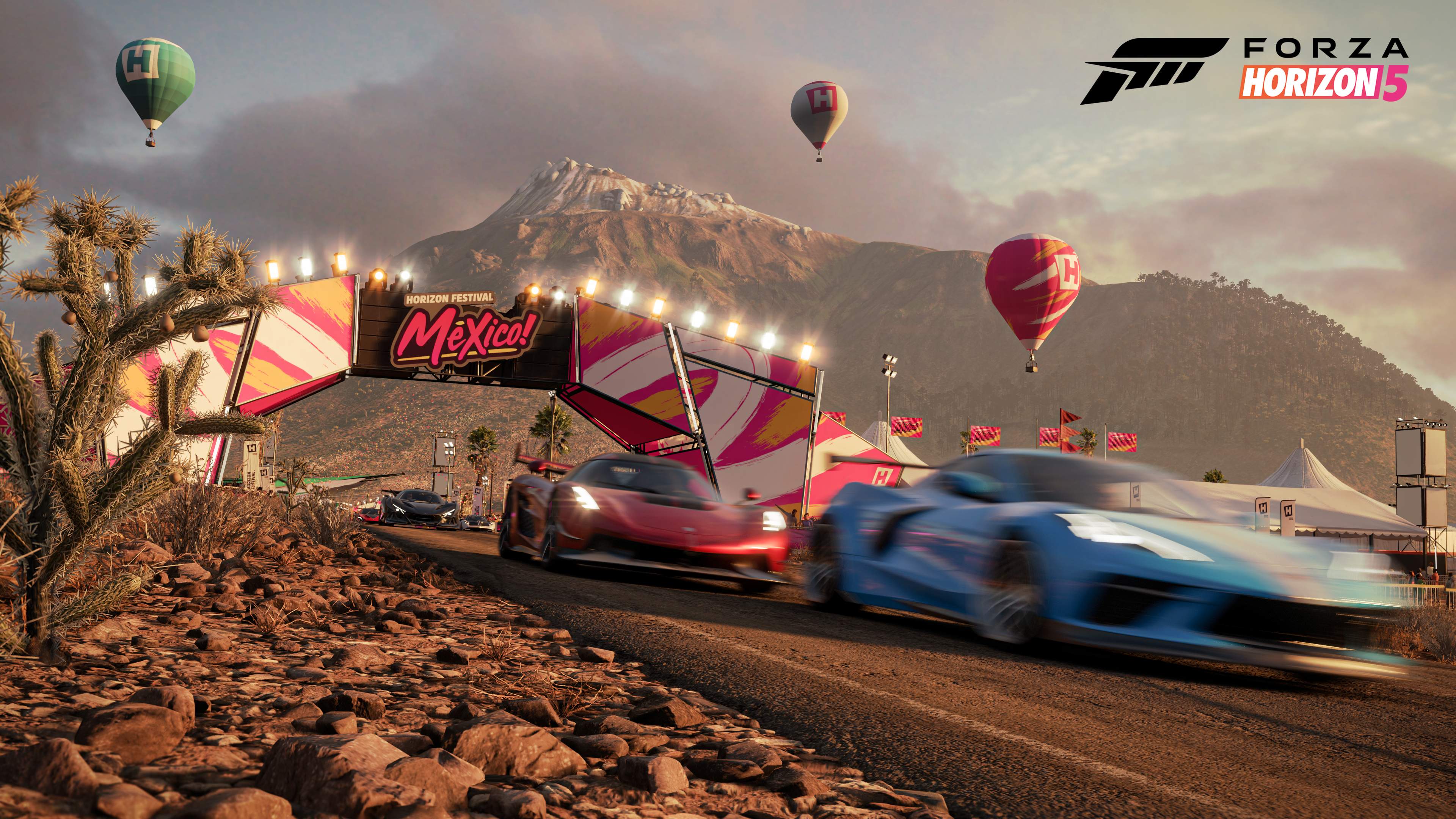 Forza Horizon 5 comes with several race types to keep you feeling the need for speed as you hurl from the west coast Baja to the Riviera Maya. Racing through jungles, finding, and competing in circuits within the small town and beachside villas is a far cry from ripping through the British countryside. I made my way through Race Events, PR Stunts including Danger Signs, Speed Traps, and Trailblazers, and Horizon Stories. As much as I loved racing through Britain and its beautiful rolling hills made it a sandbox. Moving to Mexico as the next location feels like a whole playground this time, offering a variety of biomes that are far removed from the previous game and a welcome change for the series. 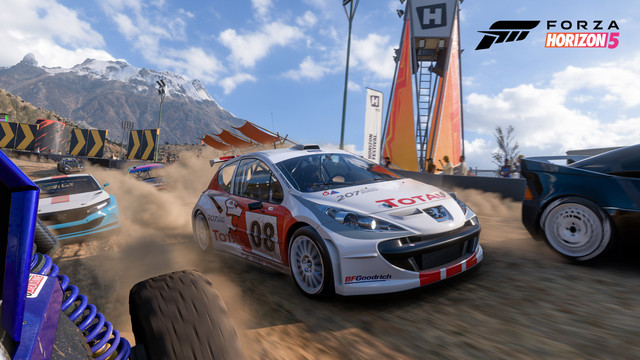 Car variety is a big component of any racer and Forza Horizon 5 comes fully loaded with all the upgrades. A lot of brands are available from Autoshow, you have your regulars like Acura, Ford, Honda, and Nissan. You also have your supercars like Ferrari, Lamborghini, Pagani, and McLaren. There’s a good mix of car classifications and you’re sure to find a handful of favourites in each category. 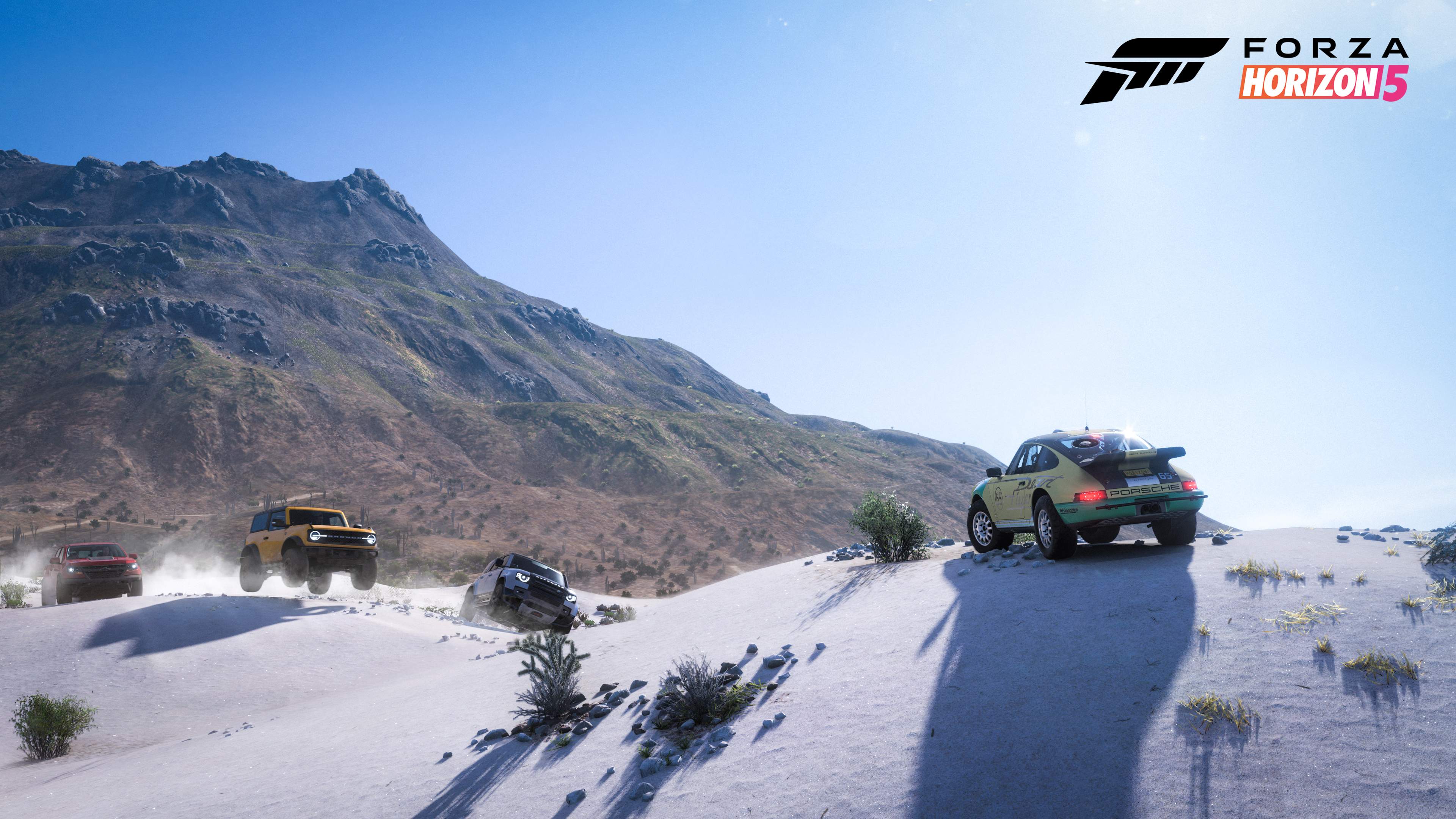 Off-roading with the new Ford Branco served me well for those events. I was aiming to unlock the Warthog from the Halo for the rest of those races. For speed, my starter cars included both a 2020 GR Supra and a 2020 Stingray Coupe. What I found is the general feel of each car is far improved over Forza Horizon 4 and a lot of that has to do with the extra development time the studio took for themselves to improve on the handling for each car. Not only that, the suspension system was rebuilt and cars now behave a lot closer to their real counterparts when on the same terrain in Mexico.

I’d say the extra time was well spent given how heavier cars feel just that — heavy when racing them while other classes like the supercar control like a dream.

Customization is a fun way to personalize your fleet

Before each race, you have several options to choose from to customize your race. From difficulty levels to accessibility chocks, you can adjust controls, his and gameplay, and audio and video. There are also the cool features of tuning your car before the race or if you’re looking for suggested tunes, can grab user-made tubes via the Tune Browser. You can adjust the tires, alignment, springs, and a wealth of finer details. Cars include a mix of Rear Wheel, All Wheel, and Front Wheel Drive, each class designed to 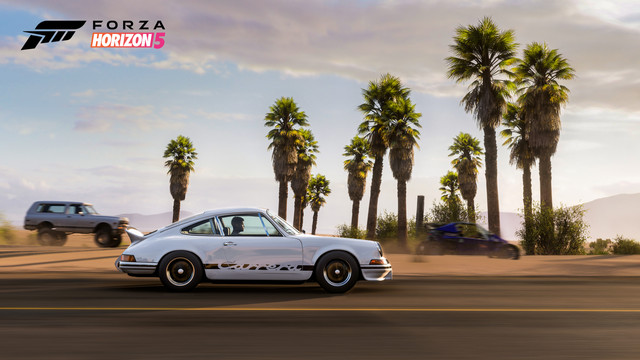 For example, the Ford Bronco Badlands is tall off the ground and well suited to rough terrain, while trailer car number 2, the Corvette Stingray is low to the ground and nimble — the perfect partner for blazing through some Mexican cornfield country roads. 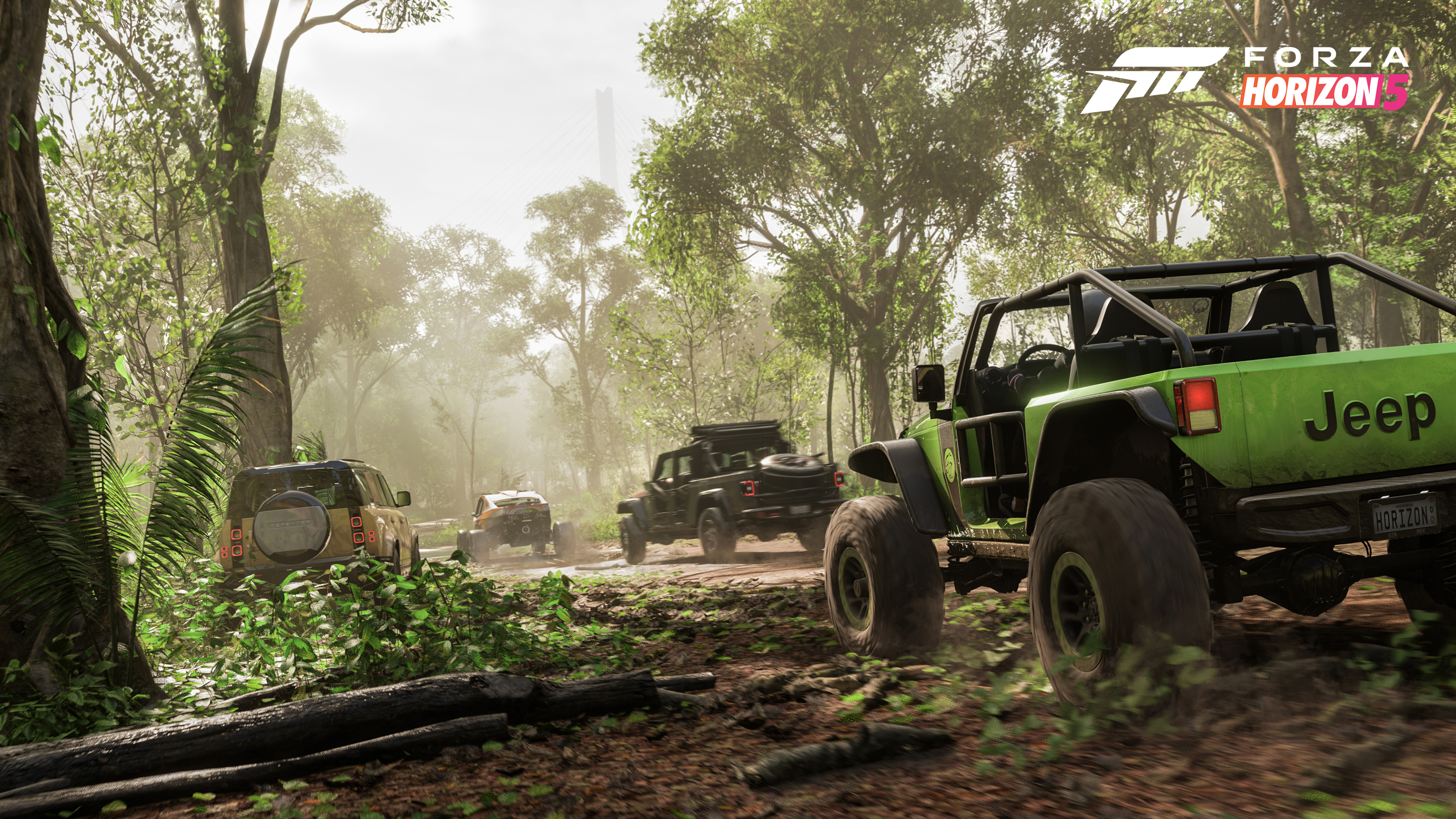 Playground Games brings back the season system from Forza Horizon 4, and my preview sessions kicked off in Spring which was a dry and humid temperature. And you’ll see how this system works across every biome you will work your way through. For my preview, the last few days turned into Summer causing the roads to be rain-slicked. This made controlling cars a bit different and the seasonal turn highlights just how different cars handle on wet roads. One thing I’m excited to do next month is to build my garage of a solid mix of each class of cars and then rotate sets of three cars in and out from the game.

Forza Horizon 5’s Mexico setting is shaping up to be a fun and exciting playground for players next month. Several hours later and Playground’s extra development time has given to a better experience and is a worthy iteration for the series so far. A lot of what I played feels meaningful compared to Forza Horizon 4’s oversharing on cars and prizes, giving players a clearer system of progression.

You won’t have to wait much longer either as Forza Horizon 5 launches on November 9, 2021, and joins Xbox Game Pass Day One.