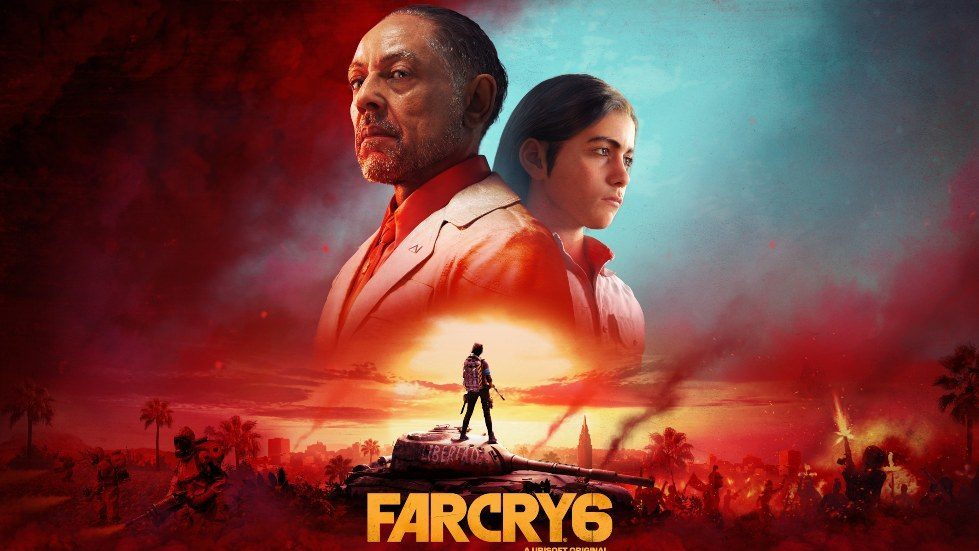 Far Cry 6 whisks players off to the fictional Caribbean island of Yara. Under the siege of a corrupt and fascist dictator Anton Castillo, players must arm themselves to the teeth and take the fight to free Yara straight to Castillo’s doorstep. Though, with an overwhelming influence, Castillo and his army won’t make it easy.

It’s a rather familiar set up in the Far Cry series. Narratively, we’re used to facing down the barrel of a big bad whose reign over an area of the world is mighty. Developer Ubisoft Toronto appears to be using this familiarity as a touchstone while offering unique changes to the franchise in the sixth mainline title.

The studio offered an extensive five-hour hands-on preview to get familiar with central character Dani Rojas, the environments of Yara, and the new gameplay features prominently displayed in Far Cry 6.

Far Cry 6 features a much deeper level of customization and ownership over the character than previous entries. To begin, players are able to choose to play Dani as a male or female. For reference, I chose to play as a female. In doing so, I was able to experience the voice acting of Toronto’s very own Nisa Gunduz. Dani is a quick-witted protagonist with thick skin. When interacting with characters, the game will transition from first-person to third-person. This allows Dani to become much more of a focal point, with reactions and expressions on display. Even in my five-hour preview, I felt like I had a better understanding of Dani as a character. In previous Far Cry games, the main character is more of an avatar for the player. The perspective changes in Far Cry 6 amplifies the characterization given to our central character.

Setting the stage, Yara is a downtrodden island stuck in time. Its “noble” leader Anton Castillo has been spearheading the engineering of a cure for cancer to be used in tobacco leaves in cigars. Castillo hopes to use this to gain leverage against other world leaders. With Castillo’s efforts in motion, forced labour has ramped up and civilians are feeling the weight of the fascist leader’s thumb. All the while, a guerilla liberation effort is brewing with Dani Rojas joining the fold. In an attempt to escape from Castillo’s military forces, Dani is eventually stranded on a smaller island off Yara and begins a journey to becoming a guerilla fighter.

Yara is an interesting location to explore in a Far Cry title. Of course, you can expect an expansive map to traverse through with many POIs and collectibles to find. But it’s how the map is designed and what you find that sets it apart from previous titles. There are familiar touchstones across the map yet it feels exotic at the same time. Yara is not as remote as Far Cry 4’s Kyrat yet it’s not as lived in as Hope County from Far Cry 5. In five hours, I was able to explore the early parts of the map and found a good balance of lush, bright forests mixed with communities and townships laid with brick and pastel colours.

Of course, when approaching any Far Cry game, I often feel the biggest draw is how they handle the central antagonist. In the case of Far Cry 6, you’re treated to a performance by arguably one of the most prolific actors known for playing villains, Giancarlo Esposito. His filmography includes Breaking Bad, Better Call Saul, and The Mandalorian. Esposito is a natural at playing an intimidating villain. Ubisoft Toronto was smart to cast Esposito as Castillo. Any time he is on screen, Esposito commands your attention. Whether he’s diving into a rich monologue or simply interacting with other characters, the atmosphere is tense. I only got a slight tease at the dynamic between Anton and his son, Diego. Anton’s son is being groomed to be his successor and the future leader of Yara. However, Diego shows a lot of trepidation while under the wing of his brutal and cruel father. As strong as Anton’s presence is, I do fear that Esposito won’t be utilized as much as possible. I’ve experienced a recent trend in Far Cry games where we’ll be served an intriguing villain on a platter but they’ll be relegated to off-screen interactions with rare head-to-head conflicts until the very end. Having Giancarlo Esposito in a starring role, I hope Far Cry 6 properly utilizes the character.

Far Cry 6 expands on the little customizable features that first debuted in Far Cry 5. On top of being able to choose genders, you’ll find equipment and gear to give you buffs and other perks. Gear encompasses helmets, chest pieces, shoes, gloves, and pants. They not only change the cosmetic look of Dani but can provide some much-needed perks depending on the mission. In one example, I was instructed to infiltrate the Viviro Nueve Plantation and use the flamethrower weapon to set Castillo’s tobacco plants ablaze. To protect me, I was given a helmet and gloves that improved my defence against fire-based damage. Other examples of what gear can provide are soft-target protection, stamina recovery, and armour piercing defence. Once I begin to amass a collection of gear pieces, I found it easier to begin thinking of how I wanted to approach a mission and prepare accordingly.

Customization also extends to weapons as well. Ubisoft Toronto has overhauled the weapon system in Far Cry to integrate far more options to accommodate my playstyle. Like other Far Cry games, I could hold a maximum of three primary weapons and a secondary. However, the range of weaponry has been expanded to hit all sorts of assault rifles, SMGs, shotguns, etc. The sheer number of different weapons is pretty staggering for a Far Cry title. Naturally, each has its own stats. Beyond the standard fare, I could level up and attach mods to each weapon. As I increased the level of each weapon and craft mods for use, my efficiency with the weapon will increase. I was able to add silencers, scopes, choose specific ammo to use. There’s a real sense of ownership over how I wanted to play that’s extended beyond anything Far Cry has offered in the past. Sure the combat loop itself is cut and dry, but the approach and end result can pretty be varied depending on my loadout. Being familiar with the shooting mechanics in Far Cry, not much has changed. Gunplay is not revolutionizing the FPS genre but it is clean and accurate when you do have a robust arsenal with you.

Crafting plays a large role in Far Cry 6, as it has in previous games of the series. Using workbenches, you can use items like gun powder and recycled junk to craft new attachments and mods for your weapons. Scavenging for items will play a big role in the upgrade and modification systems.

The biggest addition to equipment is the Supremo. These over-the-top bombastic Supremo weapons are treated as an alt-attack Dani can use. In the preview, I was given extensive time with the Armagedón Strike, a Supremo that will launch rockets that target enemies. It’s destructive. It’s fun. And I quickly got addicted to using it at any opportunity possible. Other Supremo weapons include the Furioso, which when Dani jumps, an explosive ring will shoot out and damage surrounding enemies. It’s a dynamic new toolset to use. In previous games, you’re encouraged to play stealth or in a more aggressive way. As you can probably tell, Supremo weapons cater to the latter.

Hitting Them Where it Hurts

Much of the focus during my preview was set on ancillary quests designed to chip away Catillo’s empire. One mission, in particular, had Dani infiltrate an old Spanish fort to steal depleted uranium. Another mission had Dani fly into the ocean to intercept two cargo boats loaded with Castillo’s forces. This very much felt like the standard combat we’ve seen in previous Far Cry games. Though, there is a bit more thought put into the range of enemies I encountered. Some enemies will have more armour, requiring players to use armour-piercing rounds for maximum effectiveness. Others will wear helmets, making headshots harder to achieve. The core Far Cry DNA is very apparent. Though, the small changes in how to approach combat did elevate the gameplay for me during the preview.

Based on the five hours I spent with the game, the various scenarios I found myself entangled in were quite interesting. Although I only experience missions and locations fairly early on in the campaign, it appears as though Far Cry 6 is stepping away from the usual pattern of clearing traditional outposts over and over again until a boss battle or big set-piece. Missions all feel a bit varied from one to an other and so do the locations. When you’re not dismantling a corrupt army, Dani can enjoy the finer things in life like fishing, and hunting treasure.

In classic Far Cry fashion, it does feel like you are an army of one facing off against Castillo and his empire. However, that doesn’t mean I couldn’t bring one of the many great companions along with me or dive into some co-op play. The internet has already seen and fell in love with the adorable dog companion Chorizo. My preview introduced me to Guapo, the fashionable, yet deadly crocodile owned by Juan Cortez, an advisory met throughout Dani’s journey. I also got to meet Chicharrón, the rooster with a bad attitude. All companions can be used to attack Castillo’s forces and provide distractions while I flanked or stayed in the shadows.

Co-op has personally never been a huge draw for me when it comes to Far Cry. That said, when it’s implemented well, it can create a fun dynamic and set up some excitement with friends. During my preview, I was paired up with Best Buy Canada’s Gaming Editor Jon Scarr and we ended up having a ton of laughs while hitting Castillo’s army like a ton of bricks. Infiltrating an enemy compound is fun on your own, but when you can coordinate an attack and it goes well, it can feel satisfying. When chaos breaks out, you can’t help but laugh. However, I do wish there was a bit more unison in how progression is tied when playing in co-op. For instance, I unlocked a fast travel point in a certain area of the map. Upon joining Scarr’s game, he was unable to see the fast travel marker as he did not unlock it himself. Therefore, although it was not my lobby, I had to initiate a fast travel sequence. It’s an example of small quality of life improvements that could be made to elevate the co-op experience.

Far Cry 6 is shaping up to another solid entry in the long-running franchise. The new gameplay systems seem to enrich the combat and sense of ownership a player can have over their version of Dani. Of course, a big selling point will be Giancarlo Esposito’s role as villain Anton Castillo. Whether or not he’s properly utilized remains to be seen but I am eager to witness his full story.