You know by now what you’re getting into when sitting down and playing a game from the mind of Hidetaka Miyazaki – tragic characters dealing with unfathomable situations. However, for what I feel like is the first time, I sat down with Elden Ring, one of the most anticipated games in recent memory and felt something different – a melancholic experience I haven’t felt when playing any of the Dark Souls games over the years.

Elden Ring is about refinement. I’ve always felt that each game we’ve seen over the years was an iteration, a laser-focused refinement of the formula with each new game homing in on what makes these games so great. In the case of the newest game from the famed Japanese developer, we’re seeing this and more with a return to the familiar Souls style gameplay after moving away from it with Sekiro: Shadows Die Twice. If anything, we’re seeing a direct continuation of Dark Souls 3 and this can be seen in the mechanics – like the Estus Flask and being able to allocate how many health or mana potions you want to prioritize.

I wasn’t prepared for the slower, more nuanced combat of Elden Ring given I’ve been so accustomed to Sekiro and Bloodborne. I spent my first few hours getting reaccustomed to the mechanics since it had been some time since I’d play Dark Souls. Starting Elden Ring brings you to a screen where you can select one of the predetermined betas builds — Warrior, Enchanted Knight, Prophet, Champion and Bloody Wolf with each one having its own innate strengths to utilize against enemies. I went with an Enchanted Knight for my beta experience as it gives you a good mix of physical and magical abilities to play around with. In the full game you can use a character creator to make your ideal Tarnished, so fret not the network test has pre-made characters.

It’s hard not to compare Elden Ring to The Legend of Zelda: Breath of the Wild given how both games gave me the same wonderous feeling. Both games begin the same, you awaken in a tomb and begin your ascent to the entrance before the larger, open world enraptures you. From the moment I stepped foot outside of Fringefolk Hero’s Grave. On one side, you can see a series of shipwrecks, boats scattered and lost to the elements. On the other side, a marsh teeming with monsters and fauna looking to hurt you. Looking to the horizon and seeing how far and wide the world is, shows that the Souls series needed to change and this feels like a step in the right direction. The Lands Between is a large open world, filled with what seems like never-ending landscapes. My time was spent moving from one location to the next while eradicating the cannon fodder of undead soldiers and wolves who would otherwise make quick work of me if I left them alone. For the first time ever, the world is no longer segmented like previous games. Instead, there is this sense of scale and fear the world offers to the player, it isn’t the most welcoming place, and the expansive lands will pull you in like a siren’s song, making it far too difficult to pull away from the evocative beauty of this fascinating new world inspired by George R.R. Martin.

It’s hard not to become overwhelmed at the sight of some of the monsters you see in Elden Ring. After acquiring the Spirit Steed, traversal became a bit safer and because stamina isn’t an issue on horseback, I could maneuver myself away from the juxtaposing safety of the Sites of Graces to a warrior’s grave filled with bandits looking for treasure. It is this tumultuous excitement you get the moment you open the map (a new feature never seen before) that makes this wait to February even more worth it. Managing stamina is also a bit different compared to previous From games. Instead of draining when doing almost anything like older games, stamina now only drains when you’re running. Dodging and rolling no longer takes up stamina and when riding your Spirit Steed, there is no cause to worry about managing stamina at all.

Mounted combat adds another layer but don’t go in expecting it to be any easier. You need to be precise when you strike as all four shoulder buttons correspond to the side they are on. L1 and L2 will attack enemies on the left of the horse and R1 and R2 cover the right side. Elden Ring is a refined iteration from From Software

There’s an abundance of things to see, and do, and you’ll need to collect map fragments to fill out all the details missing. All of this unfolds in front of me as the music swells, giving us subtle hints at the sweeping score that does a wonderful job at setting the tone and elements in its own way, it’s almost hauntingly beautiful at times, nudging you to let your guard down as you enter Limgrave.

I didn’t expect myself to feel lost, this never happens in a FromSoftware title to me. Generally, these games have a path that leads you from one encounter to the next, steering you through dilapidated cities, sewers, and any other hazardous traps dead cities and fallen kingdoms can muster. It’s weird that now, for the first time we’re seeing a world that isn’t dead, given there are animals, birds, and plants to be collected and used to restore the world to its former glory. It’s a major shift for From’s usual output but it is shaping up to be some of the studio’s best from the hours I spent with it. Then there are new mechanics like mounted combat, a feature that took me some time to wrap my head around. Once it clicks though, working with your trusty steed can come in clutch when trying to deal with mobs of enemies or lumbering giants pushing cards with treasure. Against mobs, this is where I found myself seeing the traditional formula break from habit. In most cases, one-on-one encounters play out the same as any other Souls game.

Mobs will often alert others of your presence and that often leads to even more enemies appearing, ready to put your collection of Runes (currency in-game) at risk. In some cases, if you can clear a mob, you can have your flasks restored but in classic risk vs reward, sometimes it isn’t worth tackling a group when there is so much on the horizon to tackle next. For fans yearning for a more familiar experience, the “Legacy Dungeon” Stormveil Castle will whet your appetite. It’s exactly what you expect it is. However, it comes with some changes I appreciate, like multiple routes to tackle the castle – whether you want to go in the front gate or through a hole in the wall. Each route offers its own set of challenges, and you’ll need to be fully alert to your surroundings or risk death. Unfortunately for me, the entire castle wasn’t available given this was a closed network test. A lot of the world was sealed off from the looks of it.

This brings me to Margit the Fell Omen, the toughest boss I’ve faced in some time. I spent nearly two dozen tries on downing this boss and he would not let up. As you approach the gates of Stormveil Castle, you are met by a foreboding-wizard type that packs a punch. I couldn’t tackle him on my own or with another player. It took three of us to even put a dent into his massive health bar with the three of us just barely surviving. 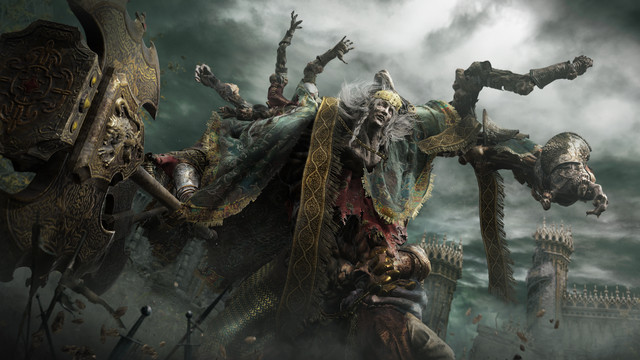 It should be said that exploration is the key to survival in Elden Ring. Diving into the catacombs to deal with nuisances, traps, and the like leads to worthwhile weapons you can use to upgrade. Finding stronger spells and using Ashes of War, fine-tuning your build to meet the challenge ahead is half the fun the series offers, after all.

Overall, Elden Ring is everything I can ask for and more. It provides me with a challenge; it gives me a vivid world that feels like a dream. Elden Ring still has a few months to go before hitting retail, but this small sliver is enticing and has left a strong impression on me. 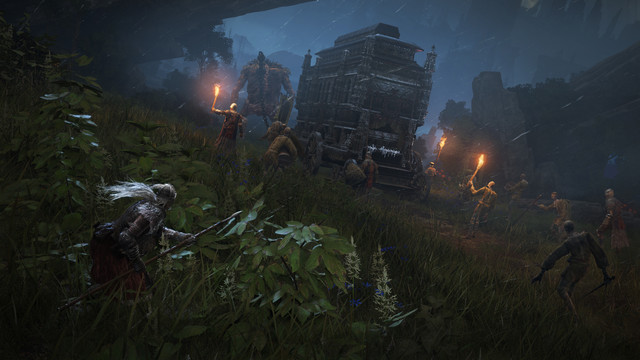 Elden Ring launches on PlayStation and Xbox on February 25th, 2022.