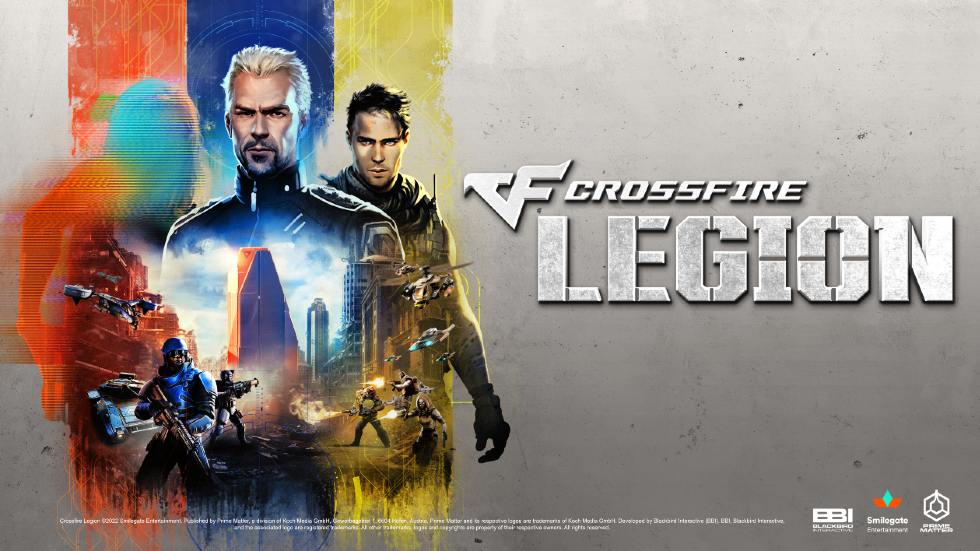 You’re forgiven if you haven’t been keeping up with the Korean behemoth FPS that is Crossfire — I certainly haven’t been.

Smilegate’s take on Global Strike-like massive military battle arena action boasts 8 million concurrent players and 690 million registered users, according to data the company shared with us in a recent preview event. But much of that user base is currently outside of Europe and North America. Now, Smilegate has joined forces with Koch-backed super label Prime Matter to bring forth Crossfire: Legion — a retro-feeling RTS title made in the majority by RTS revivalists, Blackbird Interactive.

Now, I will say that I haven’t really seen enough of Crossfire Legion yet through a press event and limited testing mode to know where I stand on this game’s path to global domination. Prime Matter has promised a game that will remind us of the RTS classics like Starcraft and Command & Conquer, but that uses player feedback so as not to feel dated like the previous titles.

The problem is that neither presentation nor testing has me convinced that’s there yet.

No gameplay was shown during the press event aside from less than 30 seconds of base rush action that frankly looked… basic. A slide in the presentation teases that there’s going to be a full campaign mode to introduce players to the two current factions, Global Risk and The Black List — as well as a third faction that was teased… with no information aside from a promise that info regarding said faction will be available in February.

Global Risk is a sort of UN-adjacent anti-terrorism organization led by Cardinal, a no-holds-barred leader who can use the Fire At-Will ability to launch an artillery barrage, as well as use Rally to add a temporary rate-of-fire bonus to his troops. On the opposite side of the conflict, The Black List is a group of mercenaries brought together by Phoenix, a guerilla fighter who can use Ghost Core to apply passive healing to his units as well as the Ghost Recall to teleport units and shroud them in stealth for a while. All I am willing to say so far about the factions is that neither feels terribly unique. I find myself longing for something like Age of Empires IV, where the units are mostly the same aside from a coat of paint, but where the factions each play vastly differently. I’ve yet to see that on full display in Crossfire: Legion. 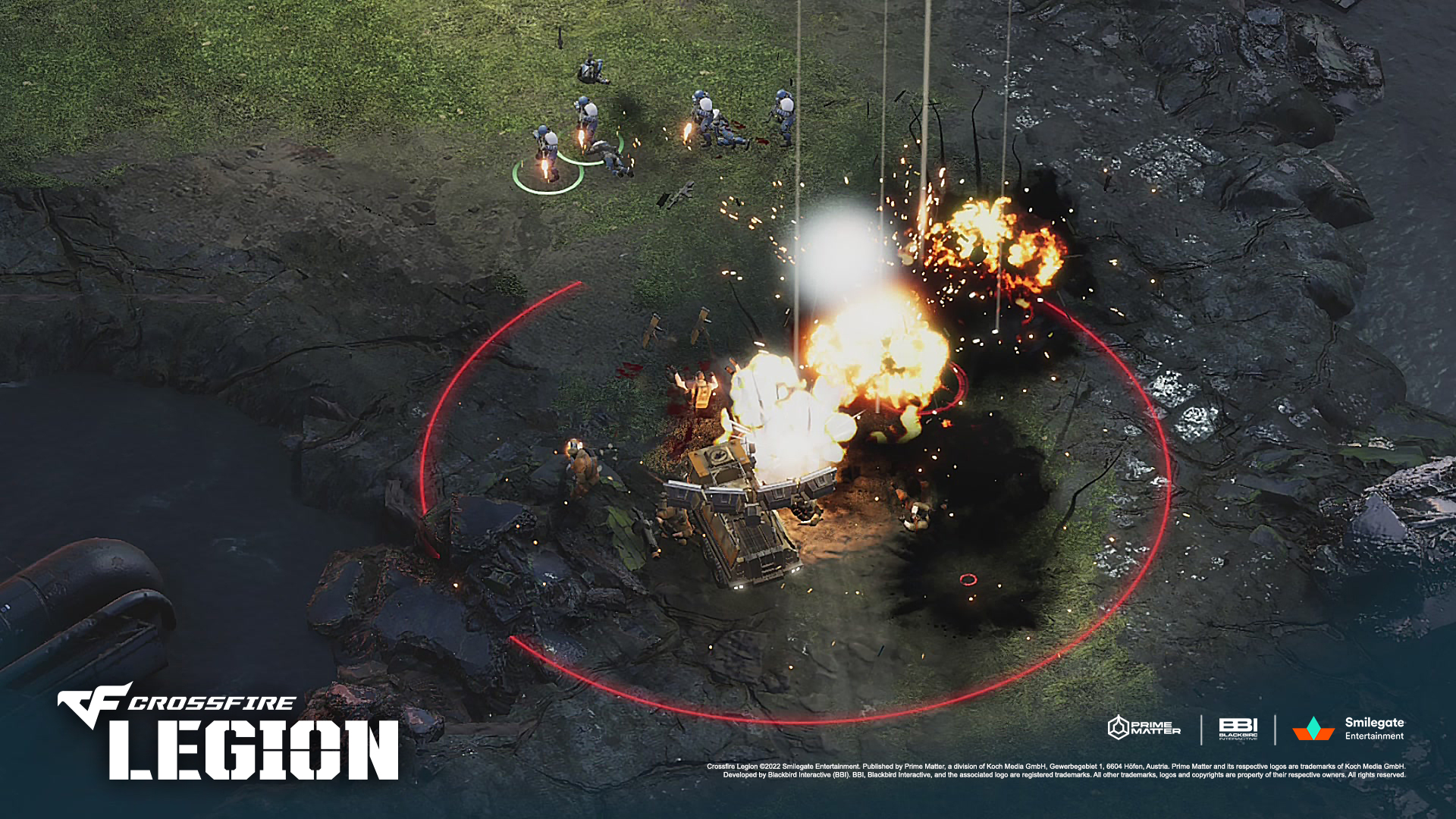 Prime Matter has teased that more commanders are on the way with some likely coming directly from Crossfire, but once again, nothing has yet been shared with us.

Additionally, resource gathering here doesn’t feel unique. It feels like that tried and true means of production war of attrition that builds too quickly to award victory to the person who can pump out units the fastest— bringing back Age of Empires into the discussion. One of the things that game excels at is making resource production so heavily dependent on how you interact with your gameboard and the technologies you research. 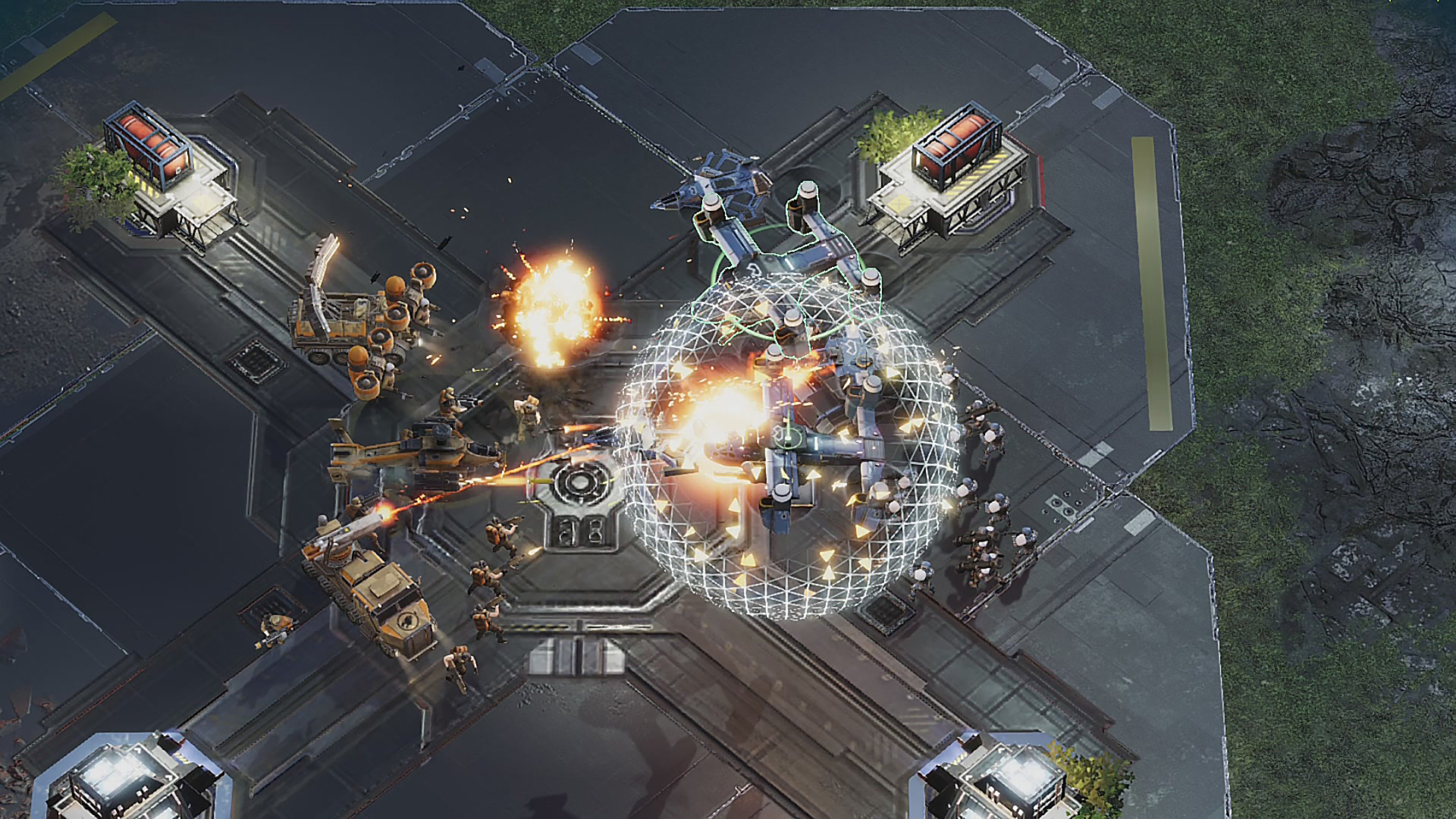 However, that may change with the development of my next point.

While the product on offer right now is bare-bones, Prime Matter has confirmed the game will have an extensive card system on offer to customize your factions. Once again, they haven’t shown us anything on that yet. However, I’ve recently become a convert on how card collecting can impact playstyles greatly through games like Back 4 Blood and Inscryption, so I’m excited to see how Crossfire: Legion used cards alongside different commanders and abilities to differentiate itself from what has been on offer before. One thing I would really like to see cards accent is the environment because right now, the gameboard feels a little empty and uninspired. It was fine for games like Command & Conquer that were limited by the technology at the time. But there’s no excuse for not having an immersive gameboard in 2022. 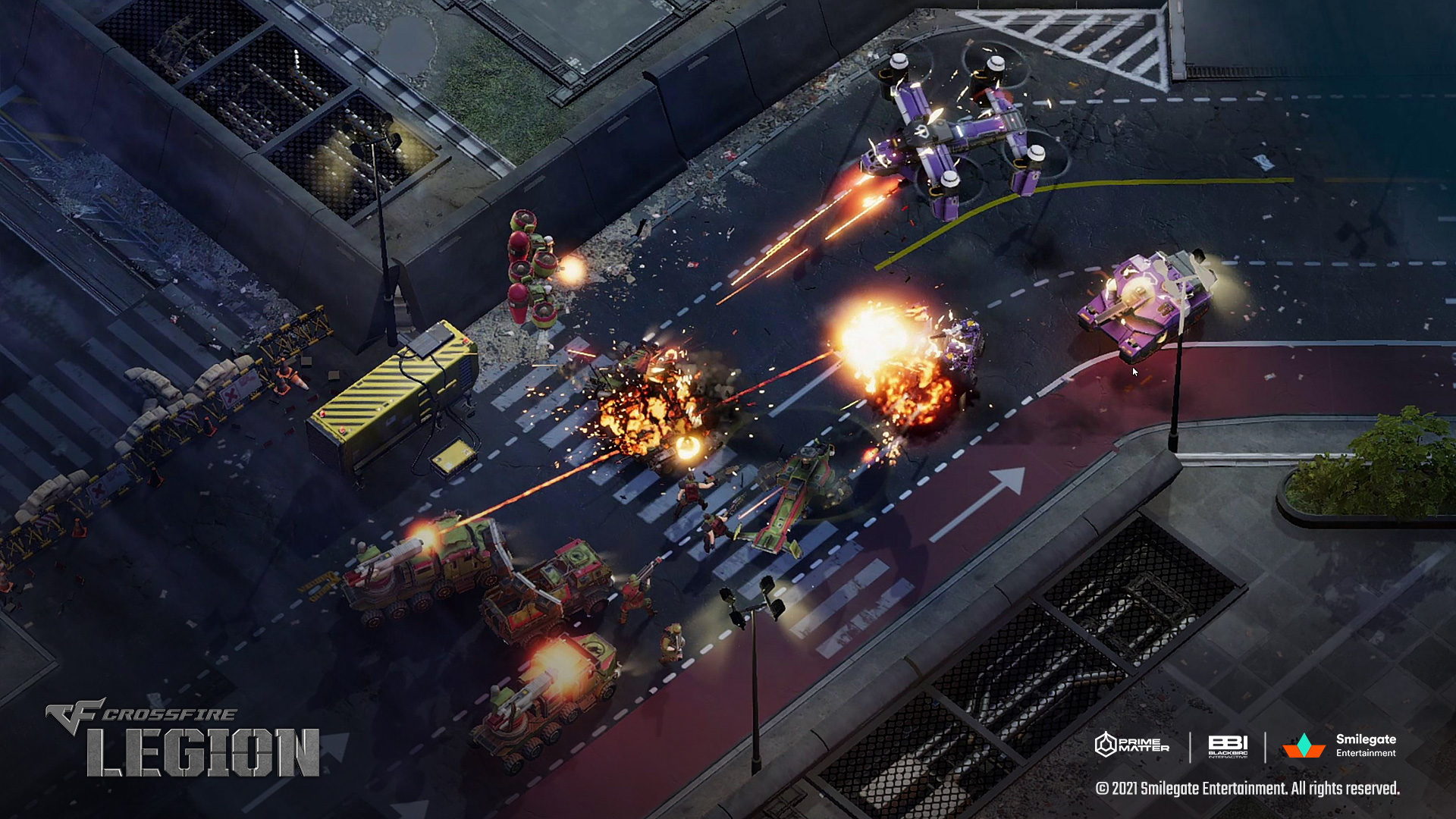 As I mentioned, a third faction is coming sometime next month! My guess is it’ll be something more defensive to stand out from the two factions we’ve been introduced to so far. I would really like to know more about the campaign and how it plans to set players up to use all these factions. The mark of a good FPS game seems to me at least to be how well the single-player prepares one for multiplayer, so I’m watching out for that.

Later this month, everyone will have access to the two maps and two factions we’ve had access to, and I hope that will help in informing where Crossfire: Legion goes from here.