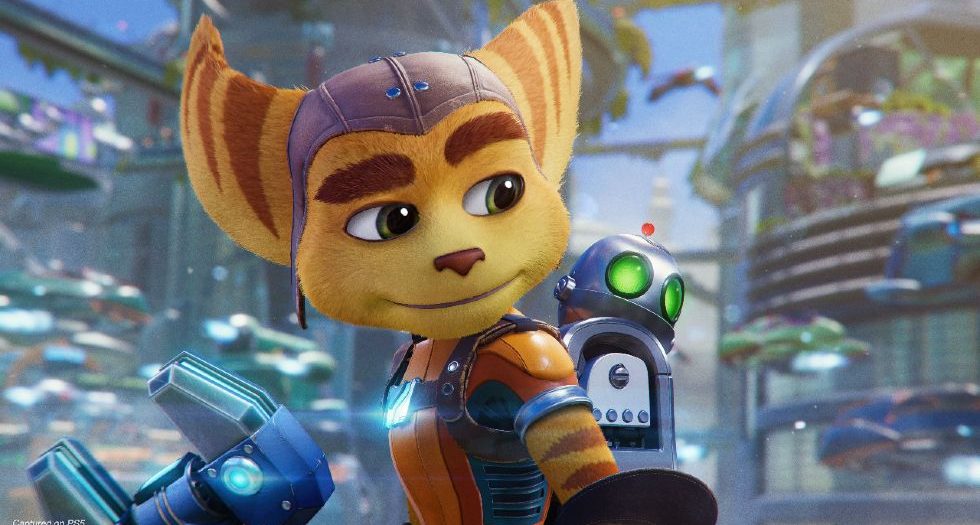 Ratchet & Clank: Rift Apart is a new standalone adventure. We pick up as the duo are being celebrated for a lifetime of galaxy-saving adventures, and just as the party is about to start, the Dimensionator is stolen by Dr. Nefarious. This kicks off a brand-new adventure for Ratchet & Clank, who not only have to deal with space pirates but also Dr. Nefarious once again.

The core idea of the series remains the same – the story of two unlikely heroes who are friends until the end, but the way Insomniac tells these adventures has changed over the years. When the series began on the PlayStation 2, the game was more about the action, those games are now a product of their time, and were created when games transition from very little story to overarching plots. In those days’ games focused on action and the narrative catered to that but as games evolved so did the series.

Friends until the end

The PlayStation 3 took an introspective approach to storytelling with a personal point of view, Insomniac explored Ratchet’s background since he was the last of his kind, Insomniac introduced a great war that sent the Lombax’s into hiding and Clank’s metaphysical origins, he’s a robot looking to be more than his programming, the games focusing on the future (A Crack in Time, Tools of Destruction, Into the Nexus) introduced broader and expansive storytelling but retained the ideas of friendship and humour.

Insomniac’s latest entry brings the series into a new generation of consoles with the PlayStation 5, they are trying to tell a more personal story. The idea is to focus on internal struggles and how characters relate to one another. Rift Apart incorporates modern storytelling techniques that Insomniac hopes will help players empathize and relatable. With an alternate dimension, we get to see how these disparate characters are different due to their circumstances but how they are true to each other. 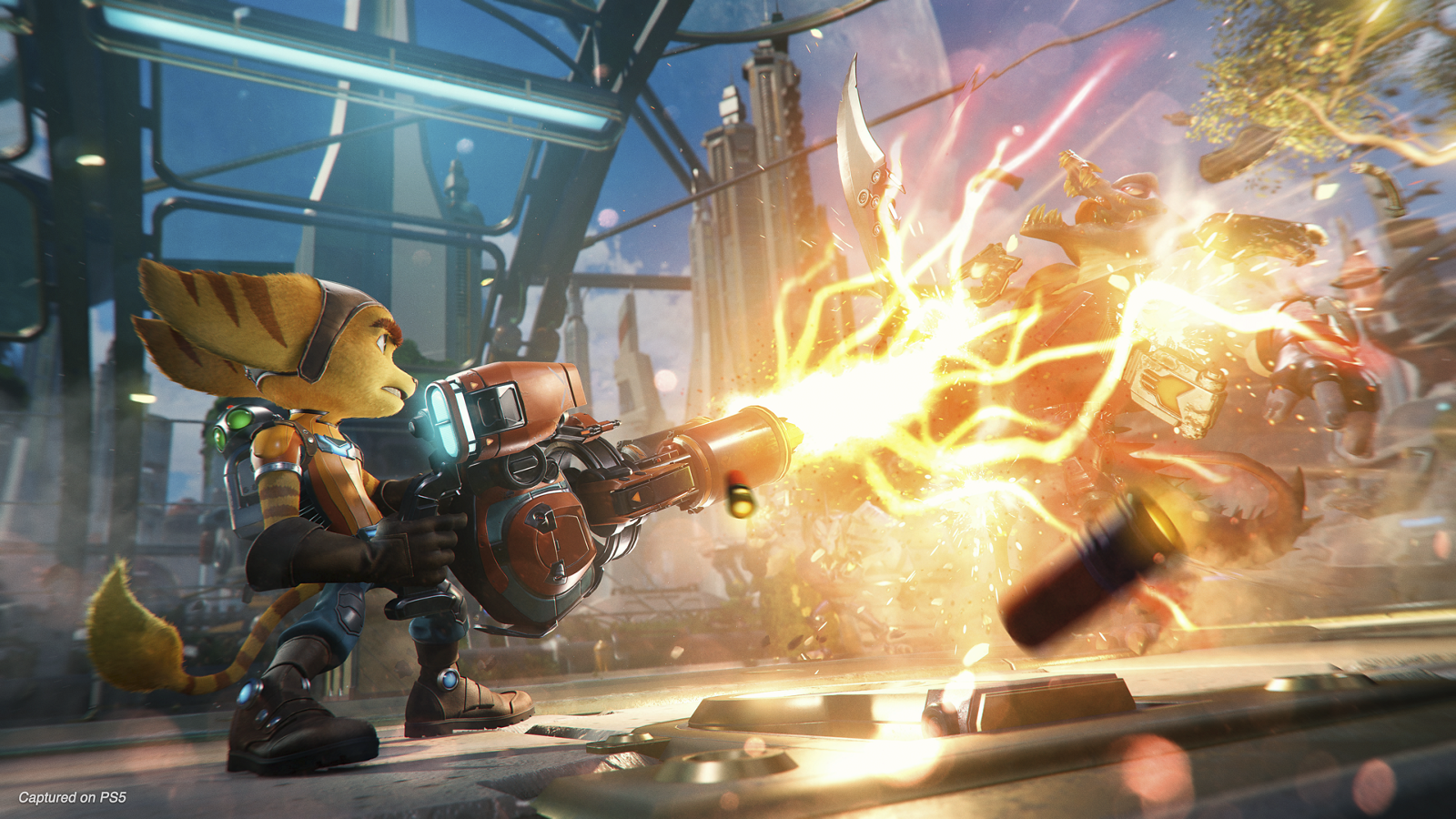 An example given during the session is an older version of Ratchet, who is no longer as impulsive and is more mature and is no longer driven to chase his past. Rivet lives in an oppressive world as a resistance fighter where her impulses keep her alive.  The idea is each planet is its own thing with its own unique story, with players feeling like they are visiting alien-like planets, each with their action set pieces. Insomniac’s planet stories are meant to weave with the bigger story being told overall, and the studio hopes players will appreciate the additional layer of storytelling.

Lauren Mee, a Senior Writer at Insomniac, chimed in saying, “What do these characters want and need, and how can they learn from each other and how much lore from previous games needs to be brought in to tell these stories?” The goal was to create an endearing and relatable cast, no matter how much knowledge you have going into Rift Apart.

Longtime fans rejoice! This game picks up after Into the Nexus, where we saw Clank trying to fix The Dimensionator, which he had secretly picked up at the end of Into the Nexus so he can help Ratchet find the Lombax dimension. “In Rift Apart, we want to answer these questions as they were a major cliffhanger. New fans don’t need to worry though, it’s fine as they will be able to join with no issues, the idea was to honour the past. The stories told are meant to be universal.”

If you’re new to the series, worry not, you’ll fit right in

Insomniac planned to take what fans loved about the franchise and dial it up to an 11. Exciting gameplay that is driven by character motivation and narrative that extends out of cutscenes and into gameplay. All characters have full lives and personalities with plenty of humour mixed in. One of the biggest and most exciting features is the strange and new alternate dimension. Dr. Nefarious steals The Dimensionator and uses it to transport our heroes to a dimension where he always wins. Players will see familiar faces from the franchise while showing alternate versions of these characters, it keeps things fresh for fans and newcomers. 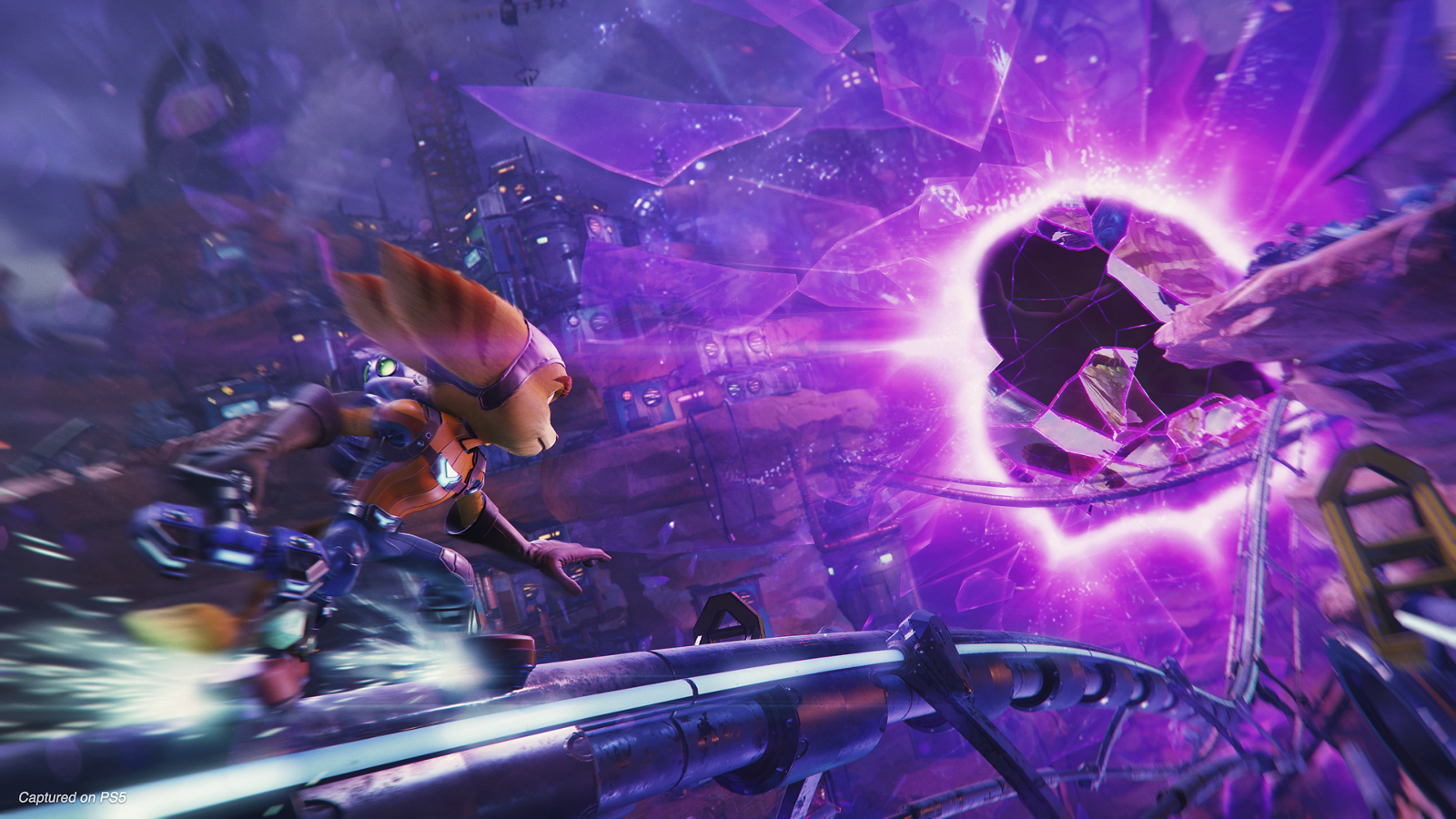 We’ll get fresh takes on tons of characters from the series. Skidd McMarx, a former hoverboard champion, appeared in Ratchet & Clank, returns as Phantom in Rift Apart. In our preview session, Mee says he’s a resistance fighter in Rivet’s dimension fighting against Dr. Nefarious and his regime. He is an expert hacker and inventor and lives a much different life than Skidd.

One of the most important characters, of course, is Rivet the female Lombax, and Ratchet’s counterpart, but she is a new character with her own personality and a ton of history in her dimension. “Rivet was a labour of love for many of the developers, says Lindsay Thompson, Senior Animator. “Rivet, unlike Ratchet, has been on her own all her life and she never had a friend to help her through struggles, celebrate her wins with and no one to turn to in her darkest moments.”

When development on Rivet began, the question Lindsay and Lauren started with is “Who is she, what is life as a lone wolf in a dangerous world made her into and, who is she in her heart?” She’s naturally a bit awkward when it comes to being social but at her heart, she is kind and determined and always levelheaded. Despite Rivet’s tough exterior and perceived coolest, she is never cynical, dark or cruel but she sure isn’t shy and tries to protect the innocent from Emperor Nefarious. Rivet is scrappy, independent, and a smart ass and relies as much on her wit and charm, she is never mean-spirited and is loyal to her friends and chosen family but she’s also vulnerable and she knows it. Insomniac made sure to get enough time in development to capture her personality, and Lauren and Lindsay describe this part of a “really fun part of the process, and they knew they had captured lightning in a bottle.”

“Rivet is such an important character to everyone at Insomniac and the goal was to do her justice. Everyone at insomniac rallied around her and they believe they’ve created a new hero that all players can look up to,” says Thompson.

Bringing the story and characters to life is a huge team effort and took a lot of coordination. In particular, the relationship between story and animation was close and collaborative. The script went to animation and then they would work on the process together by taking and sending notes back and forth. A good story shouldn’t have to rely on words alone and video games offer that possibility. It was because of the animators that Insomniac was able to create fun, emotional and over-the-top memorable moments that will stick with players. 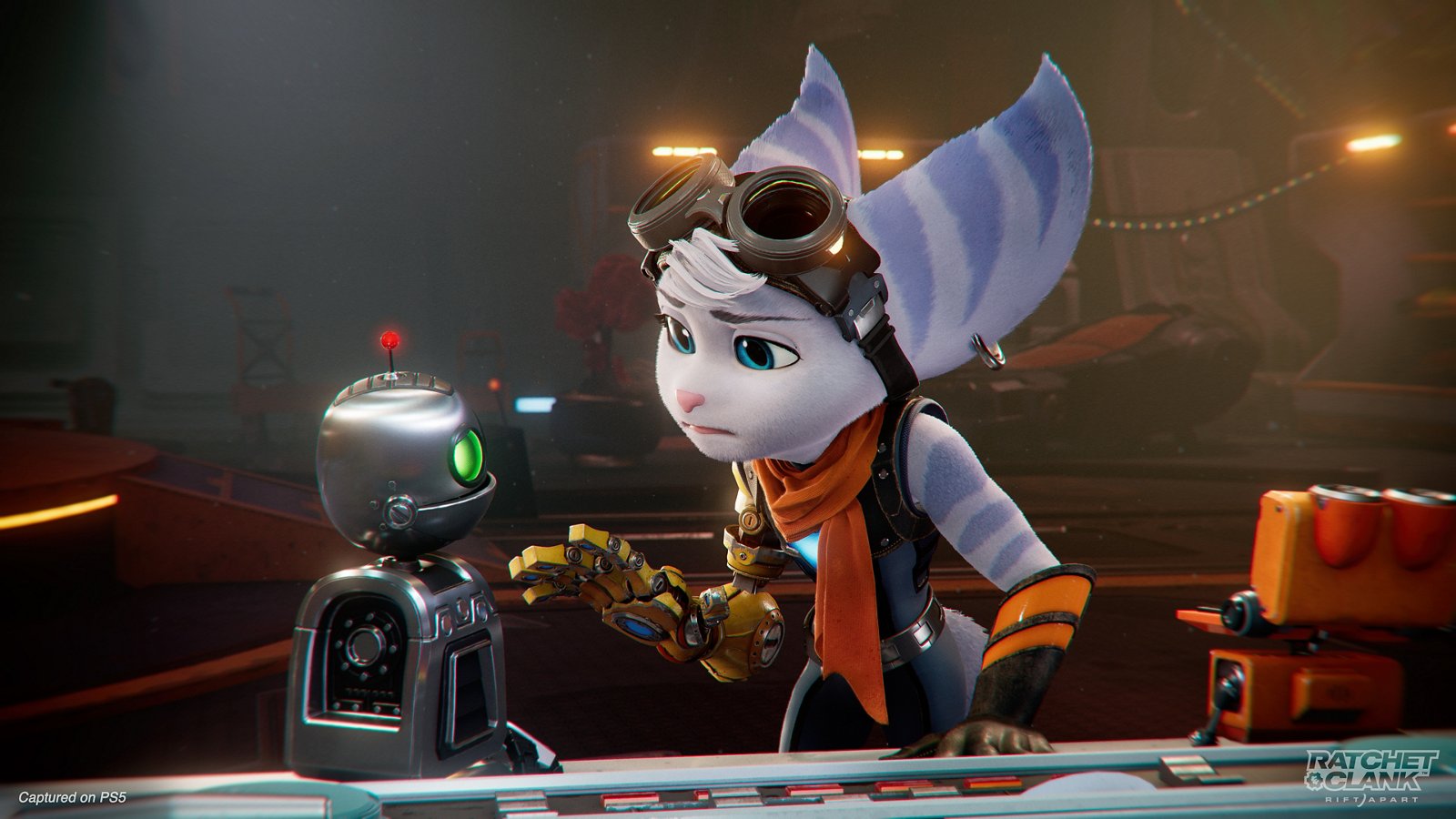 “For me, this was the closest I’ve ever worked with the narrative team as a cinematic animator. When we were allowed in the office, we sat back to back and ran ideas by each other to come up with the most efficient and coolest ways to tell a story,” says Thompson. “We had to come up with a cinematic way to show the Rifts Tether mechanic, so I took this on and decided that as Ratchet is frustrated, he picks up the shard and Clank sees the Rift activates when the crystal points to it.” Weaving humour and personality into these teaching moments is what makes Rift Apart so much fun.

All heroes come in different shapes and sizes

Marcus Smith answers some pre-selected questions from the press, and he describes how the DualSense is a game-changer. In terms of immersion, especially with the weaponry and it felt like the controller was designed for Ratchet & Clank’s arsenal. With the Adaptive Triggers and being able to feel different functionality and the haptic feedback – the fidelity is so much better on PlayStation 5.

Lindsay is excited about the emotional moments you’ll find in Rift Apart; she would be in meetings and bringing the scripts to life with the team. The story and quality of the characters is impressive, and it is a movie within a game.

Another question comes up regarding Rivet and her prosthetic and despite her disability is able to kick ass. Marcus chimed in saying “overcoming odds is a hallmark of the franchise, there is more to it and obviously, it will be part of the story. We want everyone playing our game to be a hero because all heroes come in different shapes and sizes.”

We Spoke with Marcus Smith About Ratchet & Clank: Rift Apart

Everything We Saw in an Exclusive Ratchet & Clank: Rift Apart Demo