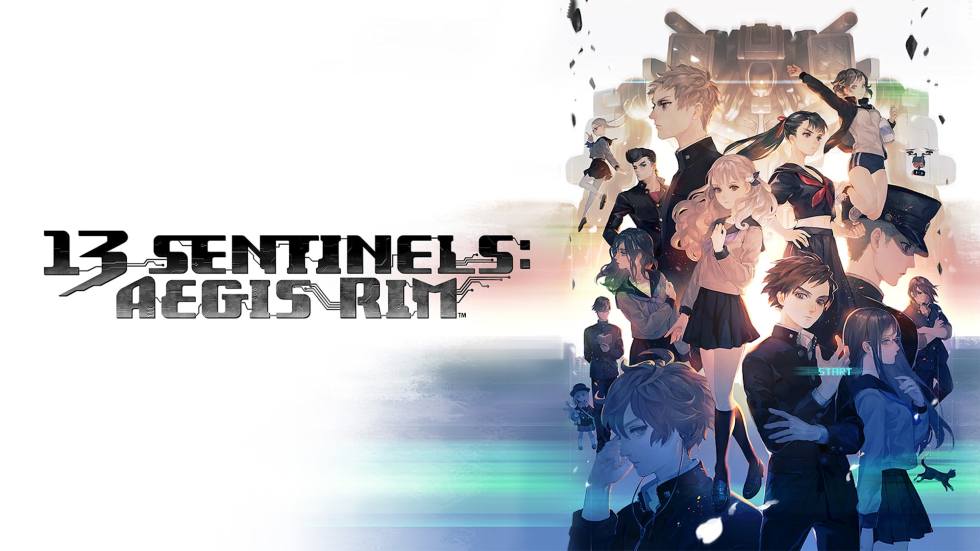 13 Sentinels: Aegis Rim was a massive departure for Vanillaware when it launched. As a fan of the developer, I went in pretty much without any information or what the game played like. The only reason is I trust the developer and think they’ve earned my trust to deliver some excellent titles paired with exciting gameplay.

Low and behold, one of the standout games of 2020 for me was 13 Sentinels: Aegis Rim. I wasn’t too keen on the gameplay but boy did the story keep me invested. Atlus and Vanillaware had a cult classic on their hands and one that I feel not enough people experienced. Now, with the game getting another chance to spread its wings and launch on the Switch, I wanted to revisit the game in a new way.

Having the game transition from a PlayStation exclusive to a now readily available option on Switch is a great way to get more people to check out 13 Sentinels. The sheer portability is reasoning enough for me to pick up a game for the Switch over consoles these days, especially now as travel restrictions are easing up and I’m looking to travel internationally. Sure, playing on television is usually preferred but so is being able to lie in bed or sit on the couch and play in tabletop mode. 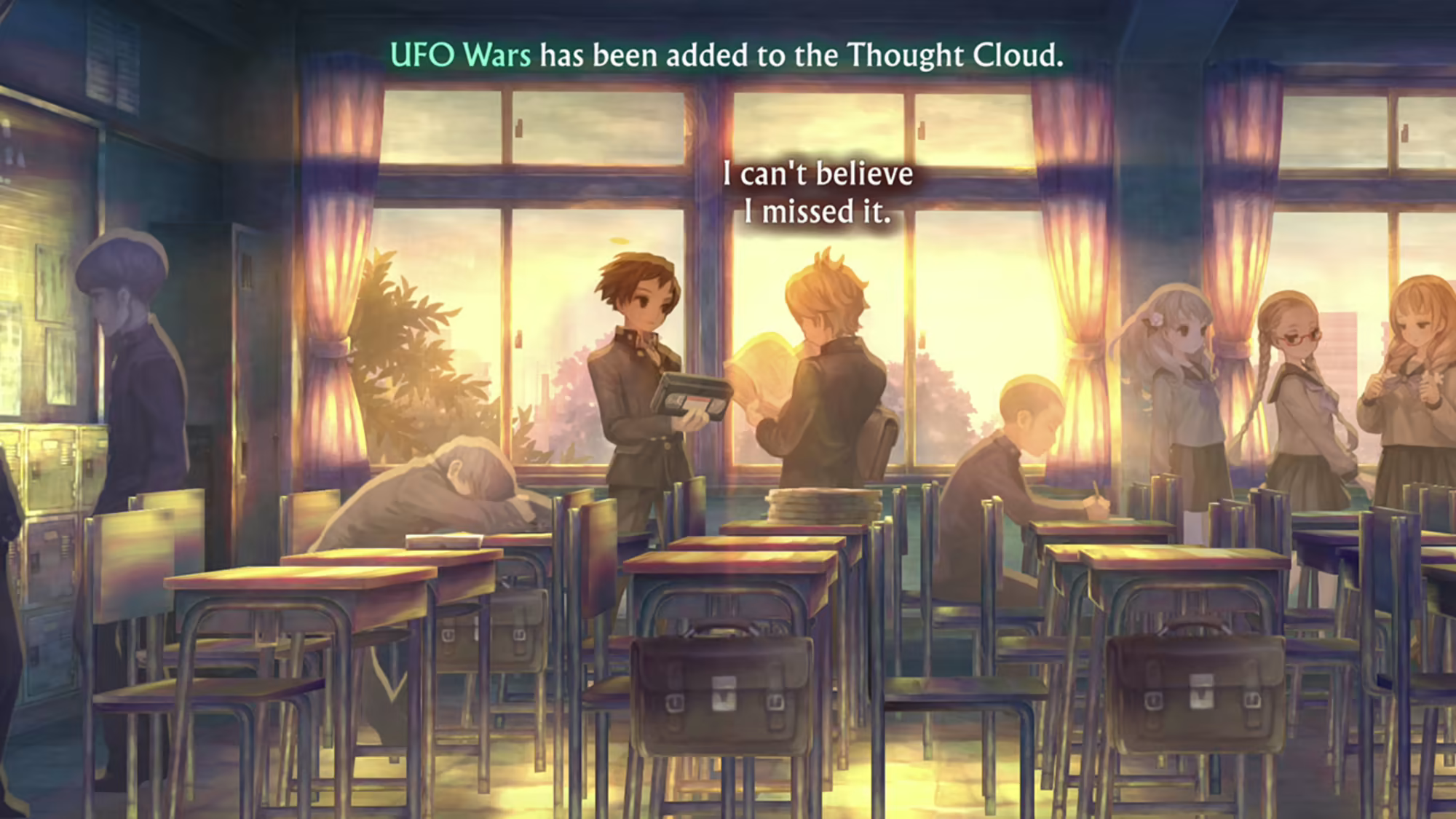 Without diving into spoilers as the story of 13 Sentinels: Aegis Rim can often be convoluted; the premise is that humanity faces extinction. After giant monsters begin to attack Tokyo, a group of teenagers are the only thing standing up to the incoming forces — beings capable of wreaking havoc on the planet if left unchecked. However, that’s not the most memorable bit of the narrative. Instead, it’s the intertwining backstories, the various story threads, and the culmination of those tales that make Vanillaware’s latest game also one of its best.

A lot of the time you spend playing is following each character’s individual story before moving to another character and continuing to piece together the overarching connective tissue putting these people together. Some stories are told out of order as you jump from protagonist to protagonist as they interact with each other. 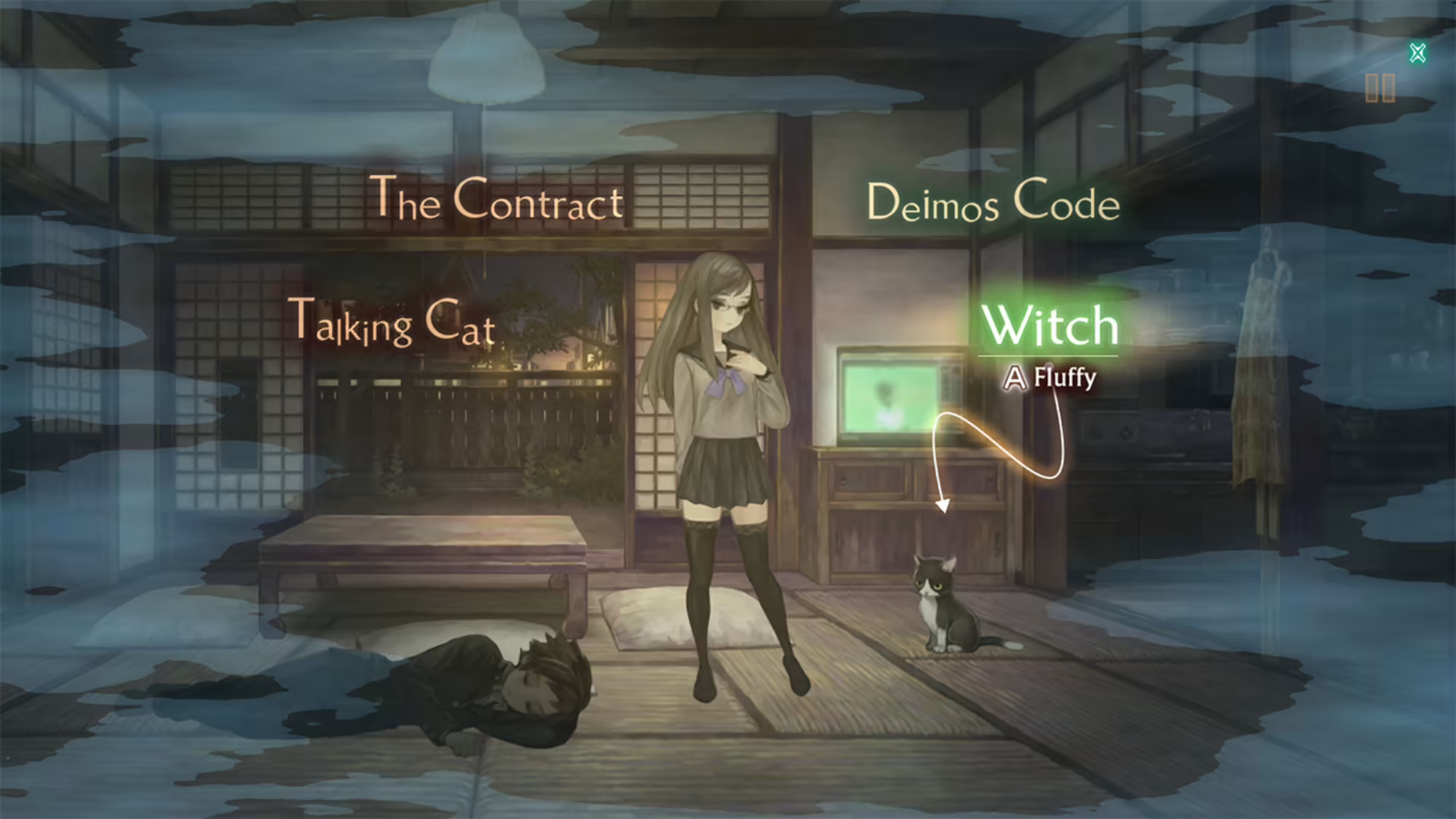 Between three-time periods, the story told begins to shift into overdrive with some really interesting ideas being told in the Remembrance sections. These are the game’s visual novel elements that weave together to tell a story that transcends time.

This isn’t a traditional JRPG by any means and when I learned that Vanillaware was moving away from what I knew the studio excelled at, I was worried. 13 Sentinels: Aegis Rim is a Real-Time-Strategy game that unfolds in Destruction Mode. These segments have you and your companions pilot the Sentinels against the incoming kaiju invading the area. 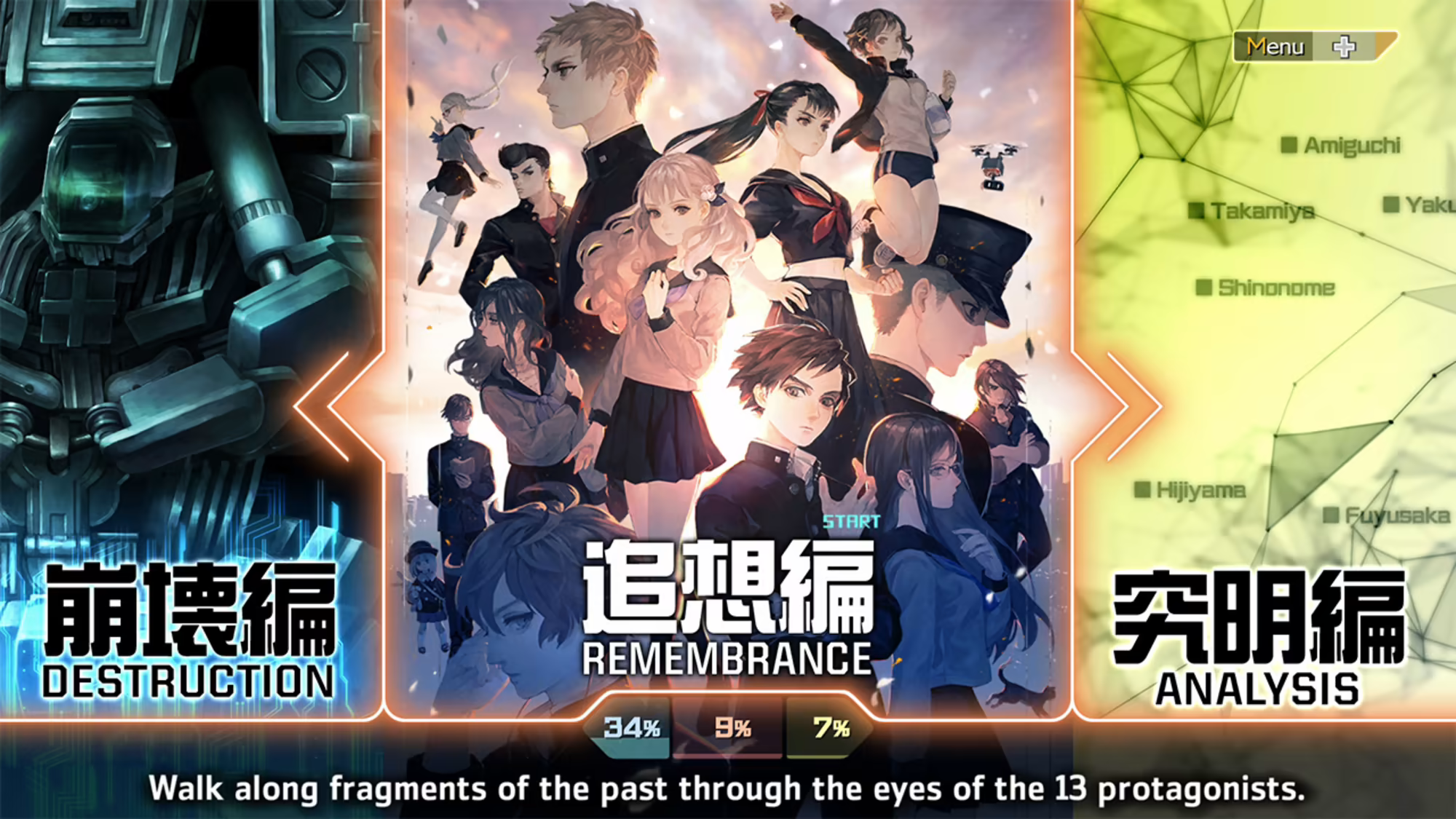 You’ll control each character while viewing a 3D map of the city while utilizing each Sentinel’s abilities to negate the forces trying to make landfall. Some of the Sentinels are better melee while others are adept at long-range and snuffing out enemies from afar. You’ll need to make sure your team is equipped and able to handle the situation or risk losing everything.

On PlayStation, 13 Sentinels: Aegis Rim was stunning and continues to be beautiful on the Switch. The Remembrance sections are what you expect from Vanillaware and are told on a 2D plane but one packed with details. The dub is impressive too and I’m glad to see hold up well even two years later. Of course, you can also play the game in Japanese. 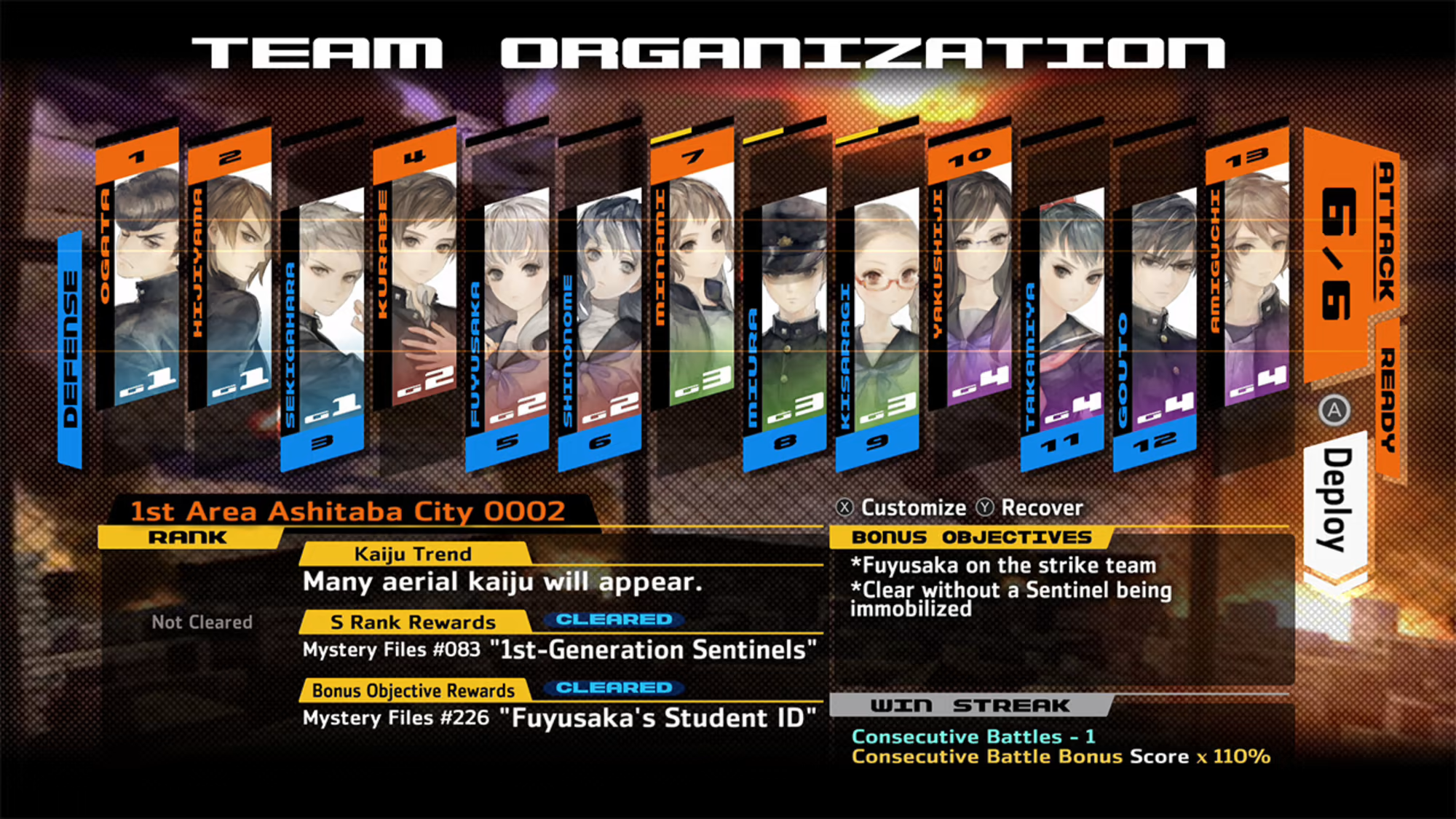 Everything about this port is impressive so far and the impression I get is this wasn’t a quick port. Sure, the game feels the same as it did on PlayStation but it’s now on a new platform and able to be played at a more casual pace from the comfort of wherever it is you desire to play. I’m not the target audience for visual novels but this one, in particular, is a standout and is an imaginative sci-fi adventure that more people need to keep an eye on. 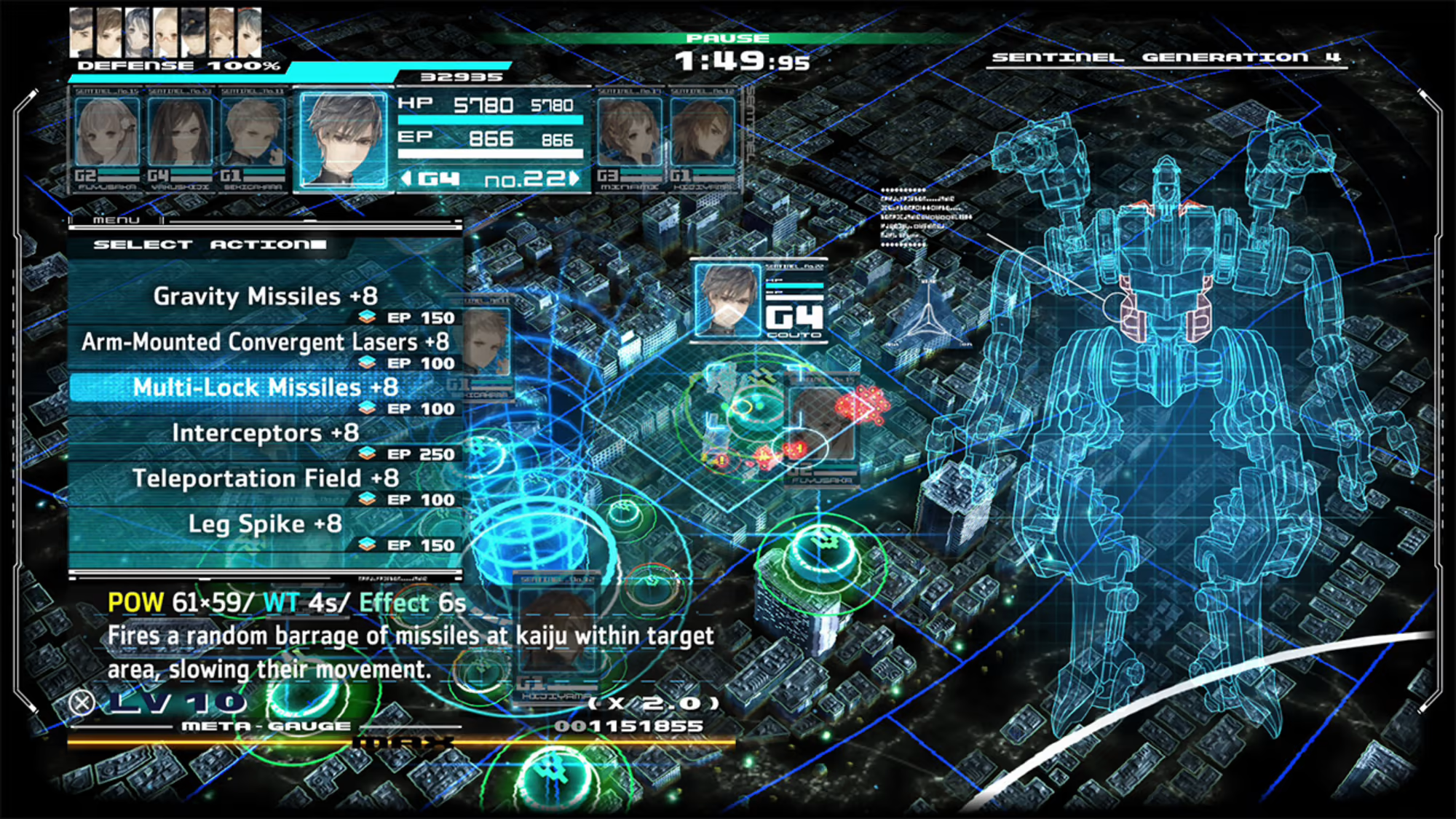 If you’re curious to learn more, you don’t have to wait much longer as 13 Sentinels: Aegis Rim is set to launch on April 12, 2022, for the Switch and we’ll have our full review then.