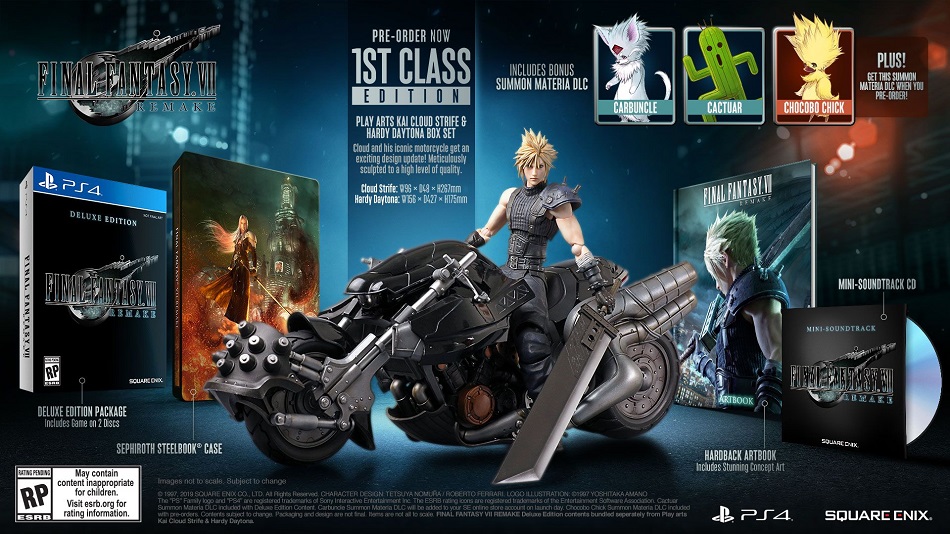 Fans around the world have been rejoicing due to the new images, videos, and announcements regarding Final Fantasy VII Remake at E3. Pre-orders have increased due to the news and now you can decide if you want to change your pre-order to the 1st Class Edition that was recently announced. It will run you $329.99 USD from the Square Enix Store, but it does come with several goodies that are just too hard to pass up.

Included are the following:

All i know is that statue will definitely look great with my collection. Decisions, decisions. Final Fantasy VII Remake will be released on PS4 March 3, 2020. What edition will you get?