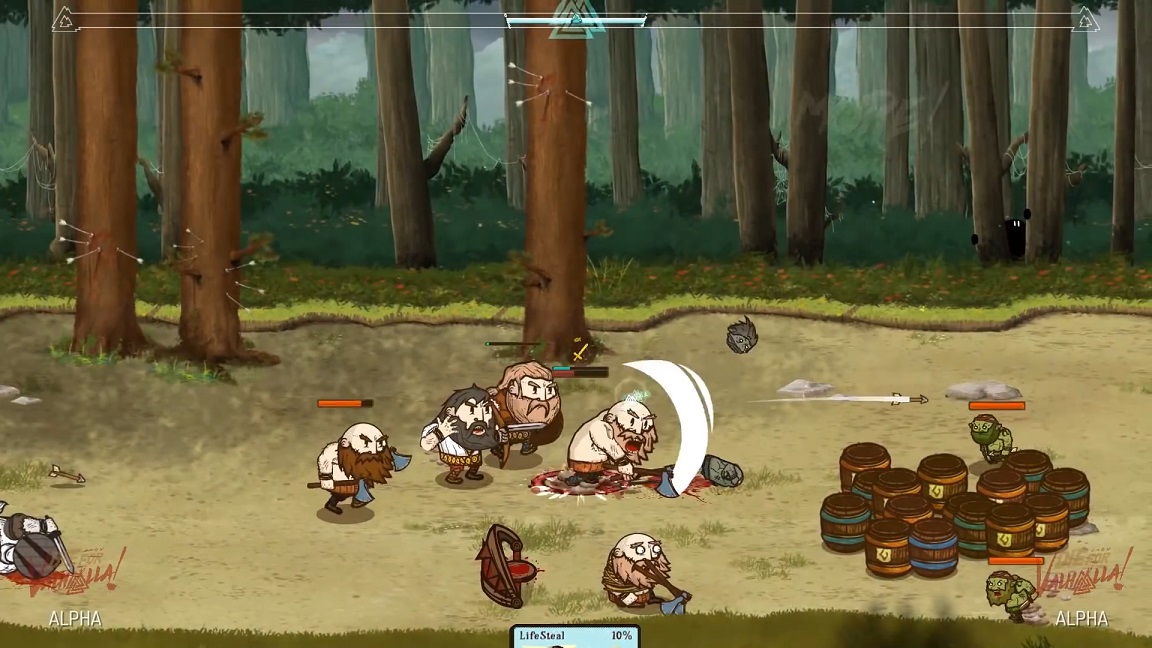 Possess The Dead In Die For Valhalla!

Another successful Kickstarter campaign will see the light of day in the near future as an Xbox One announcement trailer arrived showcasing the blood and gore of Die for Valhalla! You play as a Valkyrie who sets out to help the Vikings save their realm from an impending threat. Players will be able to possess and take control of Viking warriors and monsters along the journey to victory.

Die for Valhalla! features solo play for the most daring, or up to four players in local cooperative play who require added weaponry to help them subdue the enemies before them. Gameplay modes include Beat ‘Em Up, which includes revival and a larger world to explore, and Rogue-lite which features a higher difficulty and permadeath. There will also be over ten Viking clans to unlock, seven different classes and playstyles, and over eighty skills to enjoy as you progress and level-up your Valkyrie.

No official release date has yet to be announced, but definitely keep an eye out on how to visit Valhalla in the coming months.