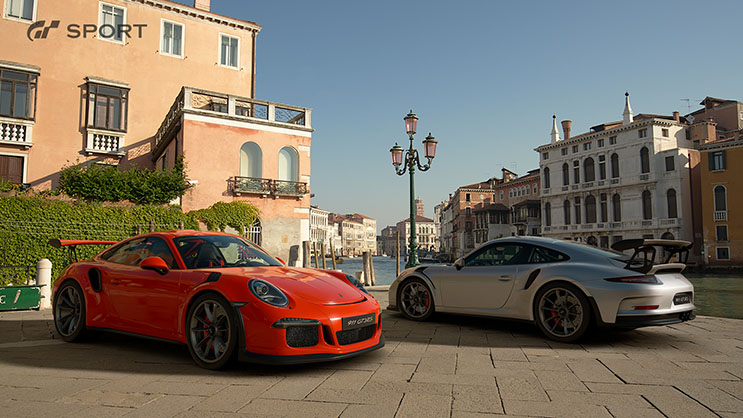 Porsche Will Be In Gran Turismo Sport The news broke earlier today on the official Twitter for PlayStation that Porsche will be in Gran Turismo Sport.

With the exclusive partnership between Porsche and Electronic Arts expiring last year, the German manufacturer is now free to appear in other franchises.

The only Porsche we’ve seen is the 911 GT3 RS but we can assume to see other Porsches available in the final build. We also got a peek at a few new tracks: Blue Moon Bay, Sardegna Windmills and Dragon Trail.

Gran Turismo Sport will arrive later this year on PlayStation 4.