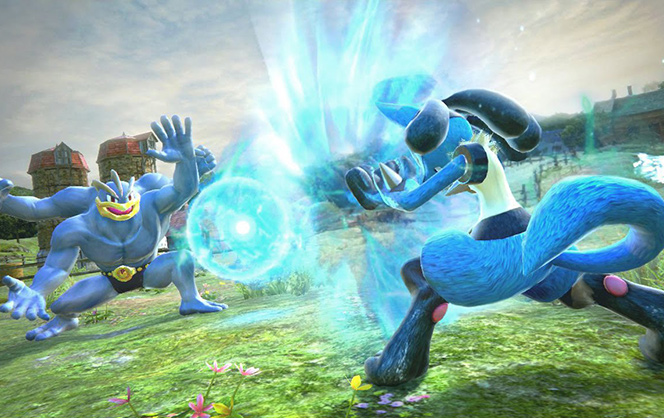 Pokken Tournament Out In March

Pokkén Tournament, the upcoming game that lets players battle as prized Pokémon in fighting arenas, will launch exclusively for Wii U on March 18 at a suggested retail price of $74.99. Pokkén Tournament brings high-definition game play and over-the-top action to never-before-seen battles between some of the most recognizable Pokémon characters. People that buy the first production run version of the game will also receive a special Shadow Mewtwo amiibo card, which can be tapped to the Wii U GamePad controller to unlock the Shadow Mewtwo playable character in the game. To celebrate the 20th anniversary of the Japanese launch of the Pokémon franchise, the original Pokémon games (Pokémon Red Version and Pokémon Blue Version, as well as Pokémon Yellow Version: Special Pikachu Edition) will be available as digital downloads in the Nintendo eShop on Nintendo 3DS on February 27 for $12.49 each. That same day, Nintendo will also launch a New Nintendo 3DS Pokémon 20th Anniversary bundle that includes the New Nintendo 3DS system, two Pokémon-themed cover plates (one featuring Charizard and one with Blastoise), an exclusive Pokémon HOME Menu theme and both Pokémon Red Version and Pokémon Blue Version pre-installed on the system. The bundle will hit stores on February 27 at a suggested retail price of $239.99.