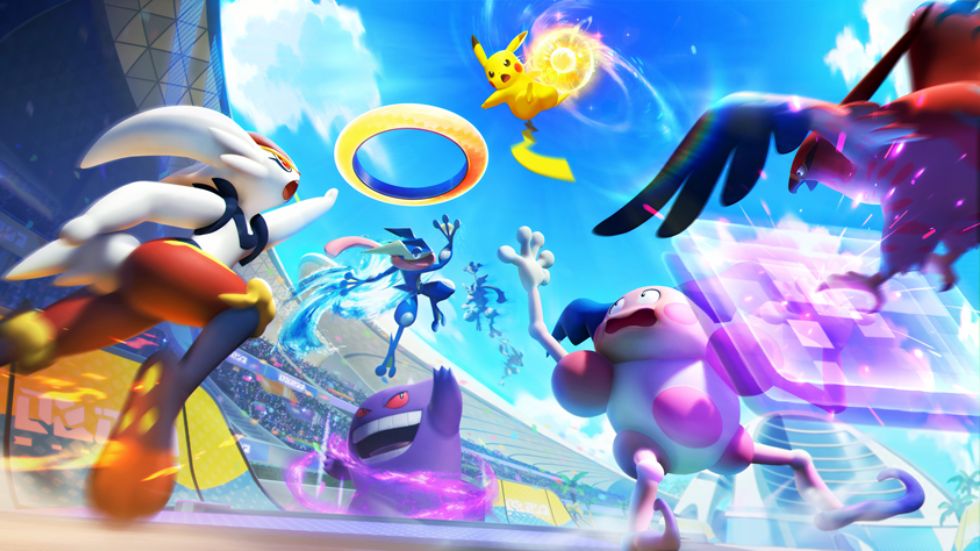 The Pokémon Company has announced that Pokémon Unite will launch in July with mobile to follow in September. The MOBA-inspired series is in development with Tencent’s TiMi studio and will be a free-to-start game with optional in-game purchases.

There will also be cross-play between Nintendo Switch, iOS, and Android. With your Pokémon Trainer Club account or Nintendo Account, you can sync progression between all your devices.

You’ll earn points by gathering Aeos energy by defeating wild and opposing opponents then deposit the energy into one of the goal zones.

Many different Pokemon, such as Charizard, Pikachu, and Greninja, appear in Pokemon Unite. Although type strengths and weaknesses do not exist in Unite Battles, each Pokemon has its own unique stats and role—Attacker, Defender, Speedster, Supporter, or All-Rounder—that reflects its play style. You’ll want to practice with various Pokemon to find out which best suits you. To use a Pokemon in Unite Battles, you need to have a Unite license for that Pokemon. Unite licenses can be obtained through the Unite Battle Committee, where you can exchange Aeos coins