Earlier this morning and like clockwork, the latest trailer arrived and brought some new surprises along with it!

What we learned is that an overarching story plot will feature treasure. Game Freak says that in “Pokemon Scarlet and Pokemon Violet, the school you’ve enrolled in hosts a special independent study project. The theme of this assignment is a treasure hunt.”

Three stories will be woven into the journey you’ll embark on across Paldea. You’ll even arrive at Victory Road on your way to earning the Champion Rank.

Victory Road is the path to the top and you’ll need to master eight Pokémon gyms in order to unlock the Champion Assessment from the Pokémon League headquarters.

Much of your school year will also consist of battling the various students of your school, including the rebellious ones from Team Star. Their boss, Mela will not make it easy for you so be on the lookout. 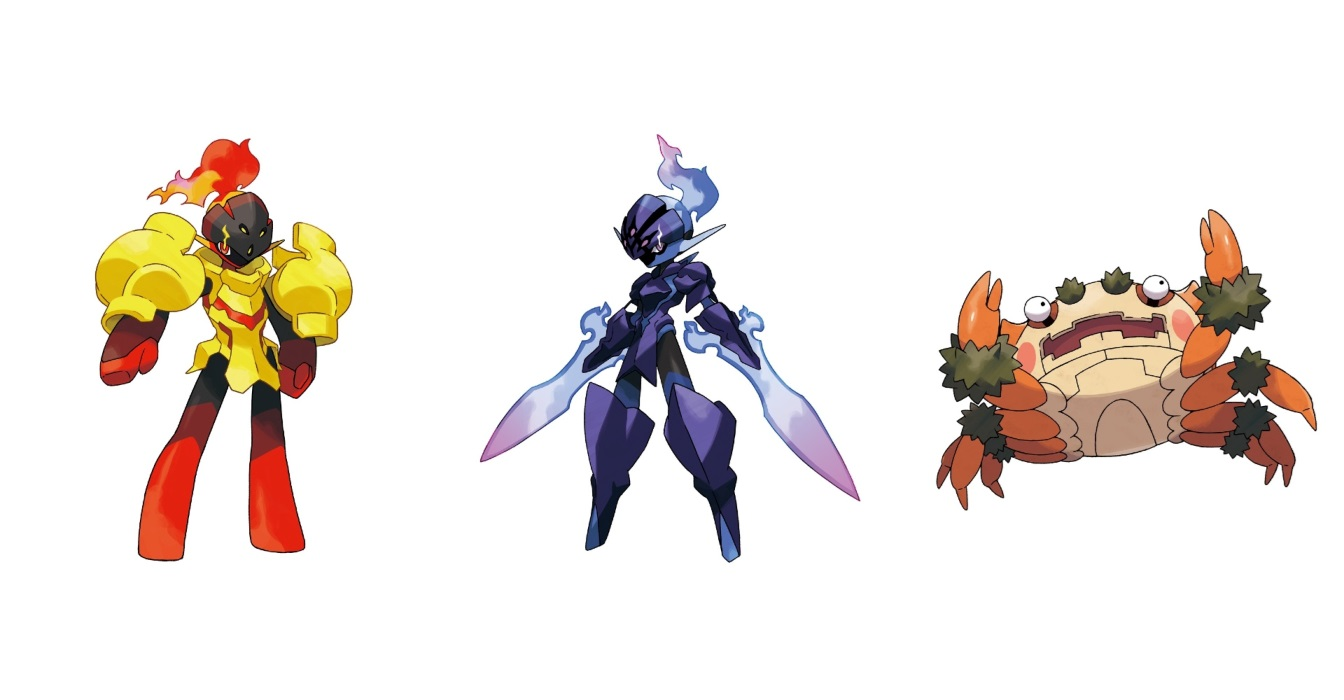 New monsters were included as part of the showcase today including the new crab Pokémon Klawf, Armarouge, a fire-type Pokémon that looks like a Digimon and is exclusive to Scarlet, and Ceruledge.

Nintendo also has revealed auto-battles, it’ll be familiar to those who may have played Pokémon Let’s Go. Essentially you can tell one of your partners to pick up items and auto-battle nearby Pokémon.

“Auto Battles are a new way of battling that can be activated by using the ‘Let’s Go!’ feature. Doing so will send out a Pokemon to battle wild Pokemon without needing orders from its Trainer. Your Pokemon can be sent into an Auto Battle against any wild Pokemon you see on the field, and it can even find Pokemon to engage in Auto Battles on its own.​”