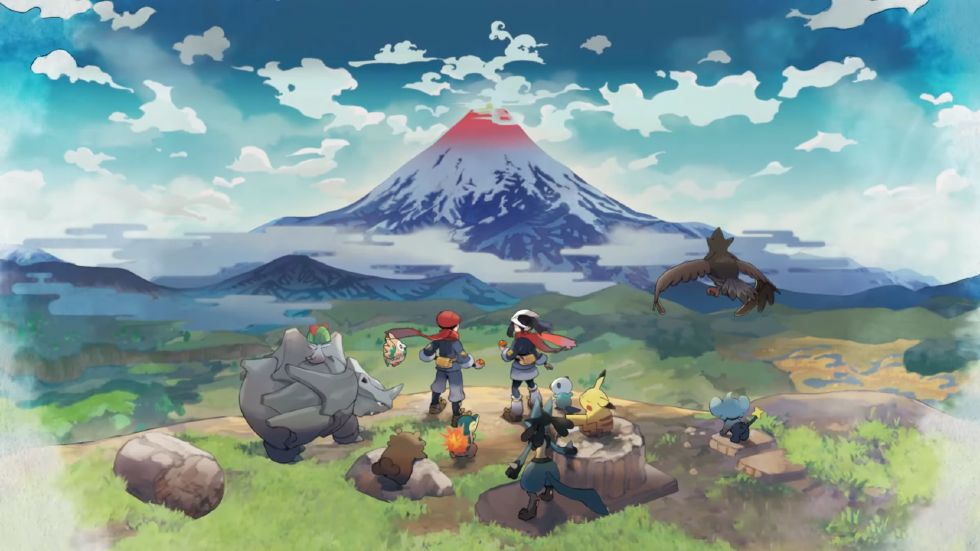 Everything Shown During Today’s Pokémon Presents

Kicking off at 6:00 AM ET/9:00 AM ET, the live stream was the longest one yet lasting just under 30 minutes. Pokémon Brilliant Diamond and Pokémon Shining Pearl are coming to Nintendo Switch on November 19. These two games are remakes of the fourth generation games that launched on Nintendo DS and will include updated visuals with modernized mechanics.

Pokémon Legends: Arceus is a new take on the Pokémon series with players going far back into Sinnoh’s past as one of the first Pokémon trainers looking to fill out the first Pokédex. The game is set in an open-world feudal Japan-inspired region.

Pokémon Unite is coming to mobile on September 22 and will be cross-play will be enabled with Nintendo Switch. Switch players can receive a Zerora but you’ll need to redeem the creature by August 31. Mamoswine and Sylveon are joining the roster in future updates.

Chief Operating Officer of The Pokémon Company, Takato Utsunomiya was our host for today’s Pokémon Presents. Kicking off the hour was the announcement that Pokémon Cafe Mix is getting a revamp and a new title, Pokémon Cafe Remix. There will be new monsters and are launching this Fall. 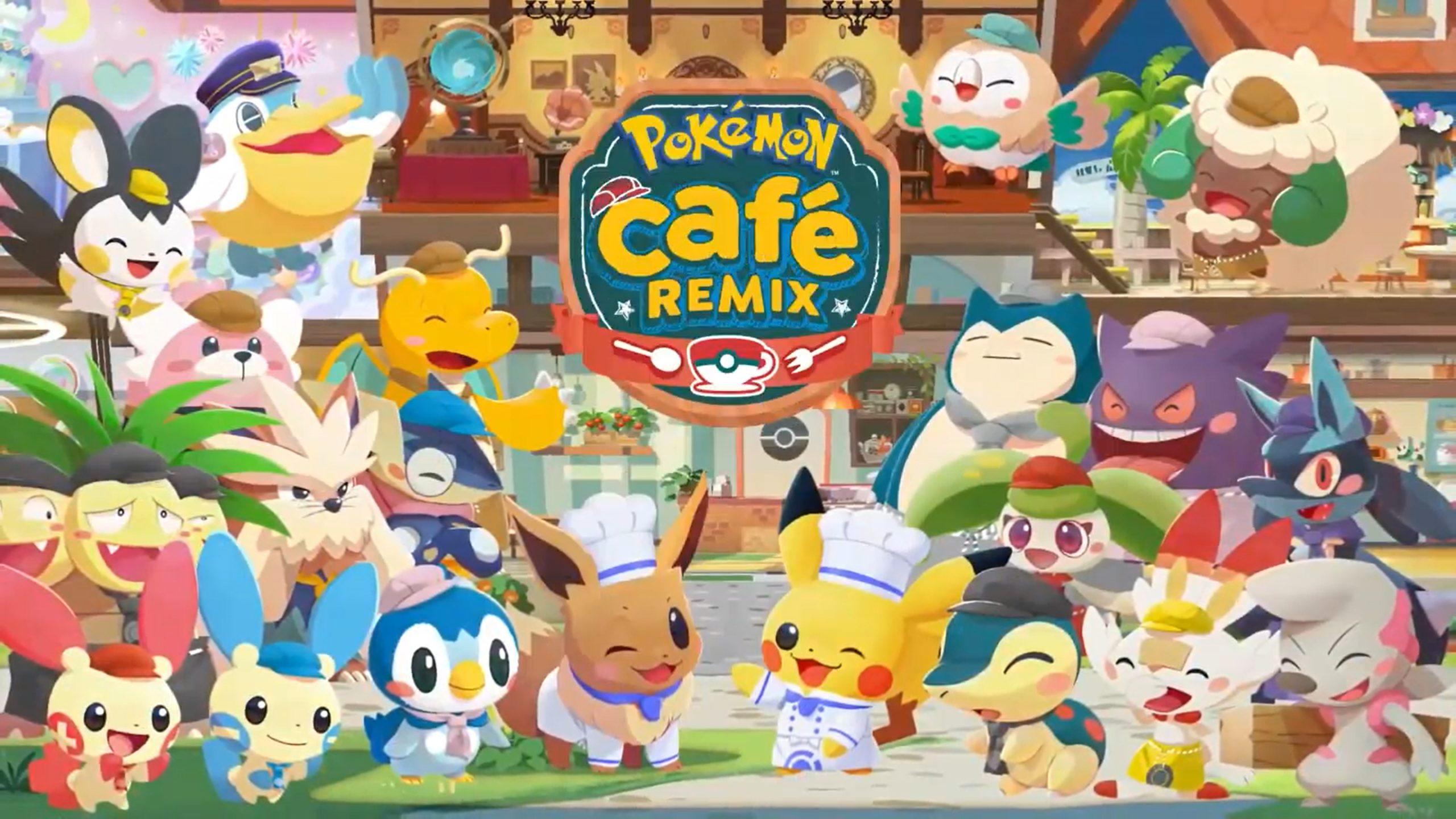 Pokémon Masters EX is getting Dynamaxing and a new event with Hop and Zamazenta to celebrate its two-year anniversary. Sygna Suit Leon and Hop have arrived and a new event begins today! If you log in, scout up to 100 sync pairs at no cost with a daily 10-pair scout happening. Players can team up with three Legendary Pokémon and in September, a new story arc begins with Kanto! 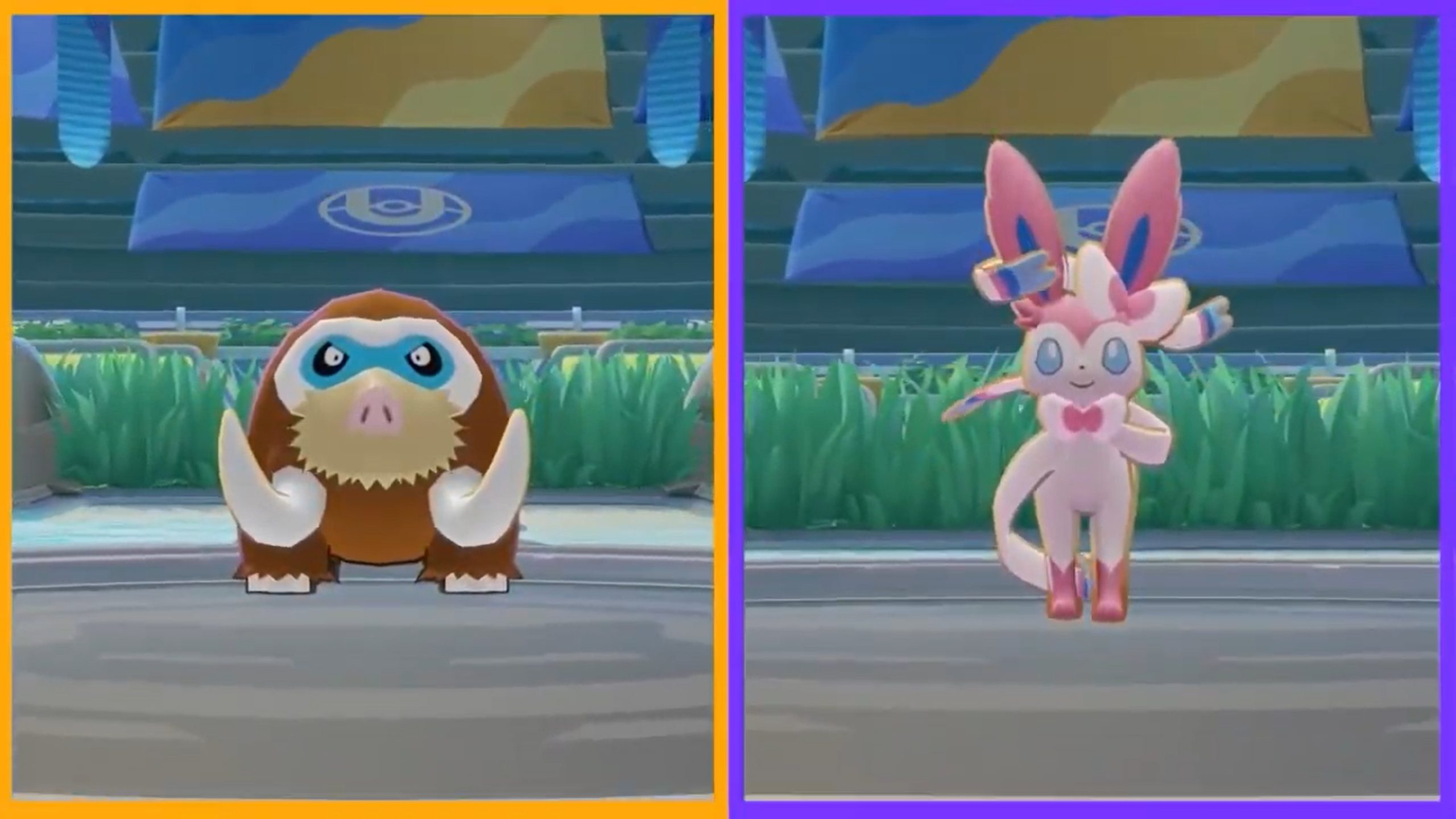 Pokémon GO’s fifth anniversary is happening and that means new Pokémon are appearing in the wild! Pokémon from the Galar region will begin appearing on Friday, August 20 at 10:00 AM local time all the way to Tuesday, August 31, at 8:00 PM local time.

We got a new look at Pokémon Brilliant Diamond and Pokémon Shining Pearl with a new trailer. It gives you a good overview of the mechanics and systems you’ll be using when the game launches. Including using stickers, changing wardrobes, minigames to boost states, and the Grand Underground! You can dig up fossils and decorate your area in the Underground with trinkets.

The Grand Underground features new areas called Pokémon Hideaways and certain Pokémon can only be found in these new areas. Speaking of the stickers, you can attach them to the Pokéball to give your entrance some style and you can even pick the Pokémon who hangs with you outside on the world map.

The Sinnoh region’s popular Pokemon Super Contests return as Super Contest Shows, and players can socialize with other Trainers from around the world in the Union Room. Trainers will also be able to personalize their gameplay experience by using Capsule Decoration.

Everything you loved in the original Pokémon Diamond and Pokémon Pearl is here. In just three months, you’ll be able to return to the Sinnoh region. Your job as a trainer is to capture Pokémon and become the local champion while making new friends across your journey. You’ll even have a friendly Rival, you’ll me Roark one of the local gym leaders and battle Team Galactic. Even Cynthia makes an appearance today during the presentation! 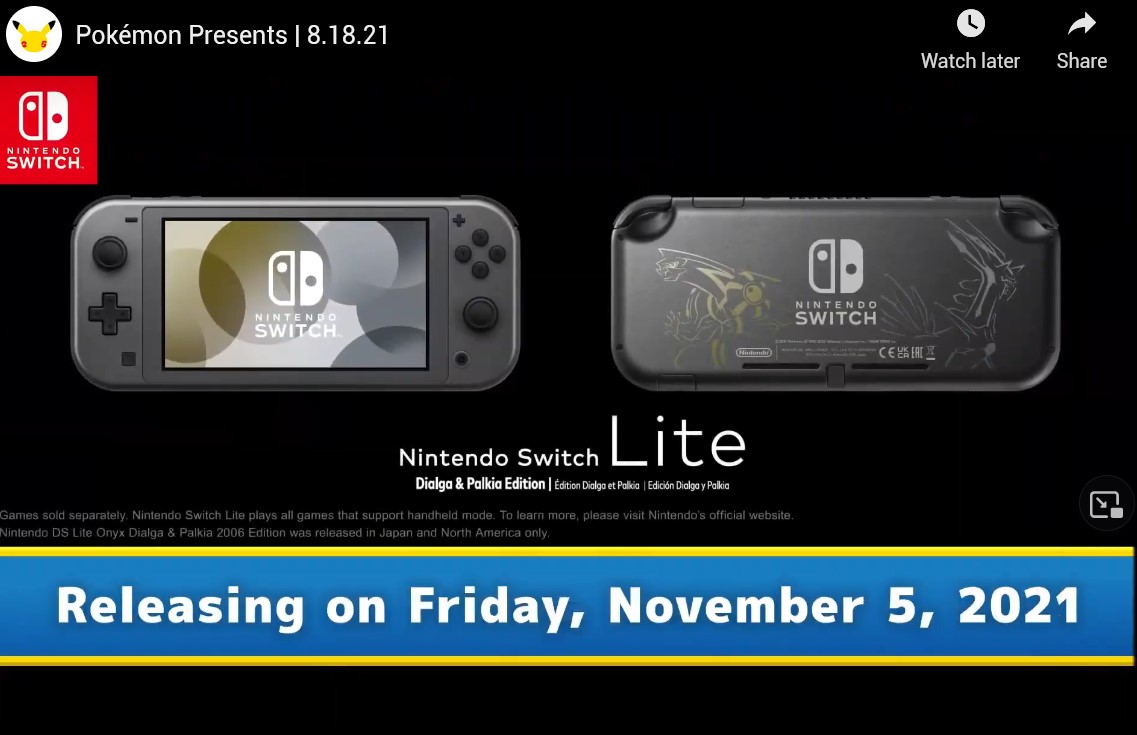 A special Nintendo Switch Lite is dressed up with the Legendary Pokémon Dialga or Palkia and will be available on Friday, November 5, 2021.

Pokémon Legends: Arceus was next and we got a brand-new look at the game, which features a very different version of the Sinnoh region. Watching the first Pokémon trainer in the region slink their tall grass to capture Pokémon or climb mountains, even swim across the region is exciting. You can ride on your partner Pokémon and battles play out in an entirely new way, providing a shift into the mechanics we’ve come to love over the last dozen games.

The game is fusing action and RPG elements, the name of the region is the Hisui region. This land will be the Sinnoh region in the future and your job is to fill out the first Pokédex. You begin your adventure in the Jubilife Village and join the Galaxy Expedition Team. This team is made up of people from various regions and includes the Medical Corps, the Security Corps, and the Survey Corps.

As part of the Galaxy Team, led by Professor Laventon, you’ll head out into the Hisui region to help him build out the first Pokédex. You’ll meet Cyllene, head of the Security Corps and is described as “your biggest supporter, who watches over you. Then there’s Commander Kamada who allows your character to join the Survey Corp., and you’ll visit various areas in the region while establishing base camps.

Base camps include crafting and buying items and while you are out completing surveys, you’ll battle and study Pokémon and if your partners are injured, a quick stop at camp will heal them. During your surveys, your character is susceptible to being attacked by wild Pokémon, so be sure to keep an eye out and not get hit, otherwise, you’ll blackout.

Once you finish your surveys, you head back to Jubilife Village and submit your reports.

Others may be too strong and need to be weakened in battle. Pokémon have two styles in battles – strong and agile style, and an action order (basically who is up next) is in the top right corner of the screen. A single Pokémon might be able to act multiple times in a row depending on its Speed stat and the move it uses. Strong style moves increase power, but action speed is lowered. Agile style decreases the move’s power but action speed is raised.

Survey work given to the professor is added to your Pokédex and that gives you more information about each Pokémon. Some of the Pokémon you’ll encounter include Wyrdeer — Stantler can evolve into Wyrdeer and uses black orbs at the bases of its antlers, this Pokémon generates and unleashes psychic energy powerful enough to distort space. 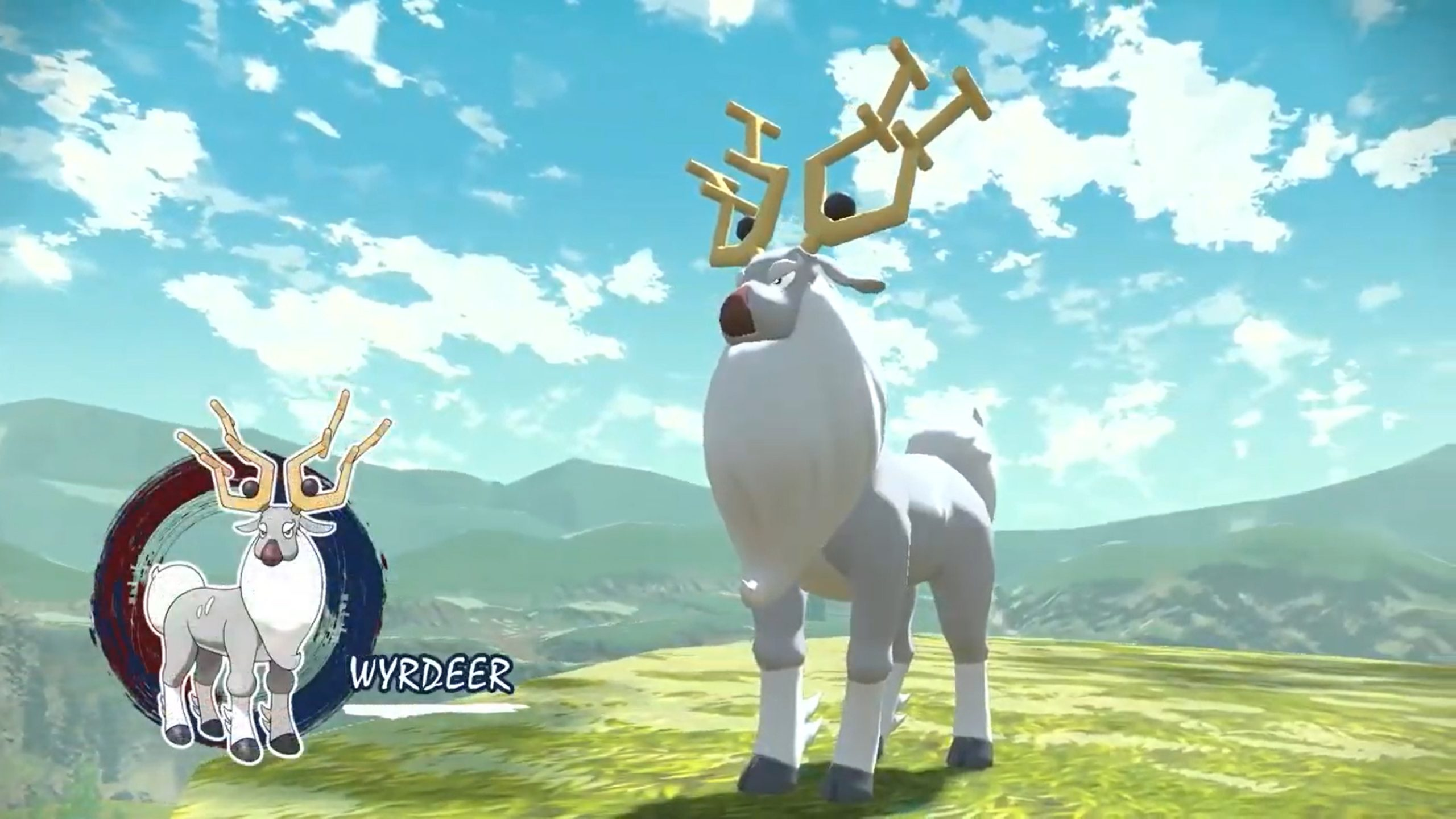 Next is Basculegion — Basculin evolves into Basculegion in the Hisui region and is possessed by the souls of other Basculin from their school that could not withstand the harsh journey upstream. 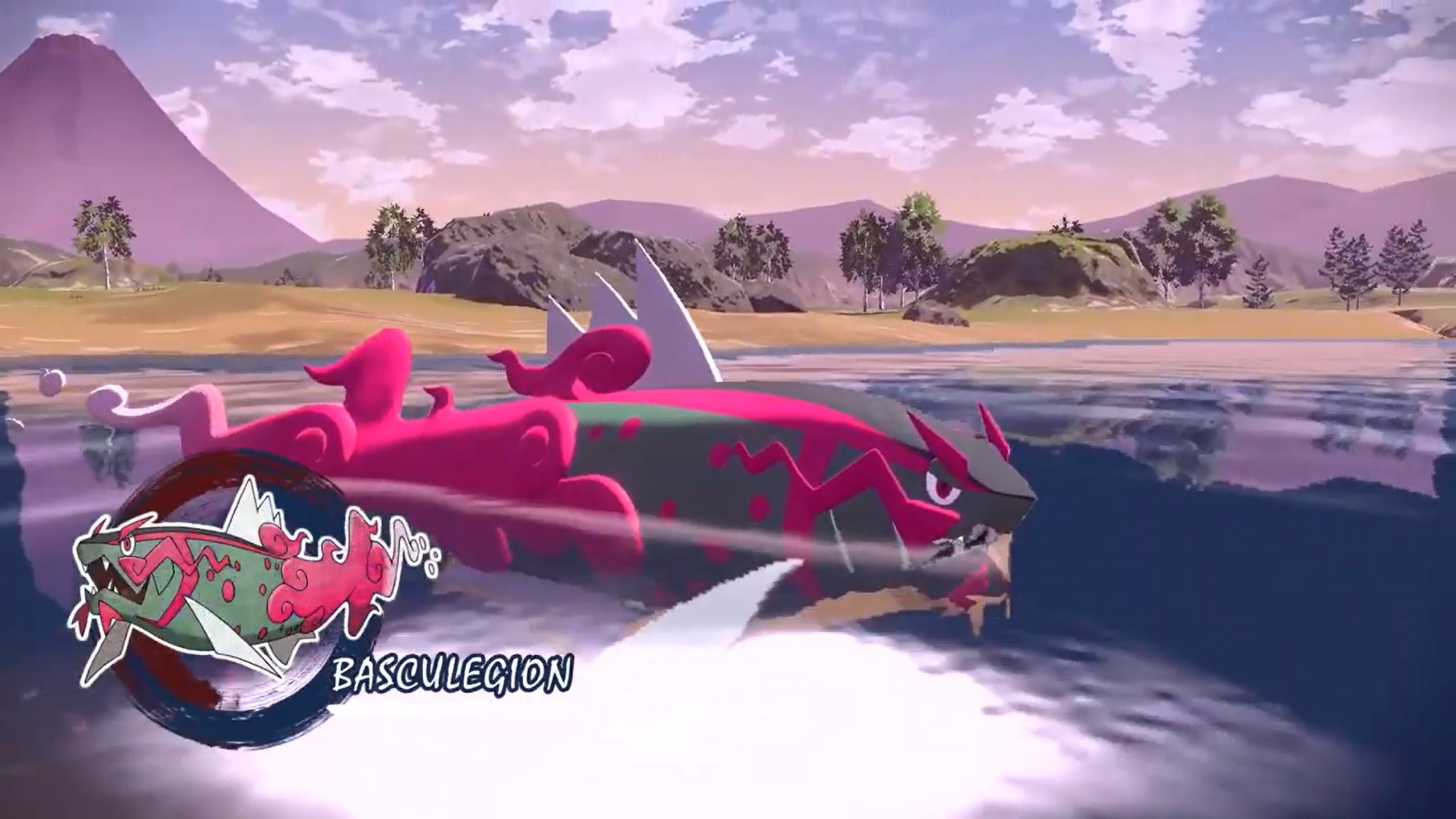 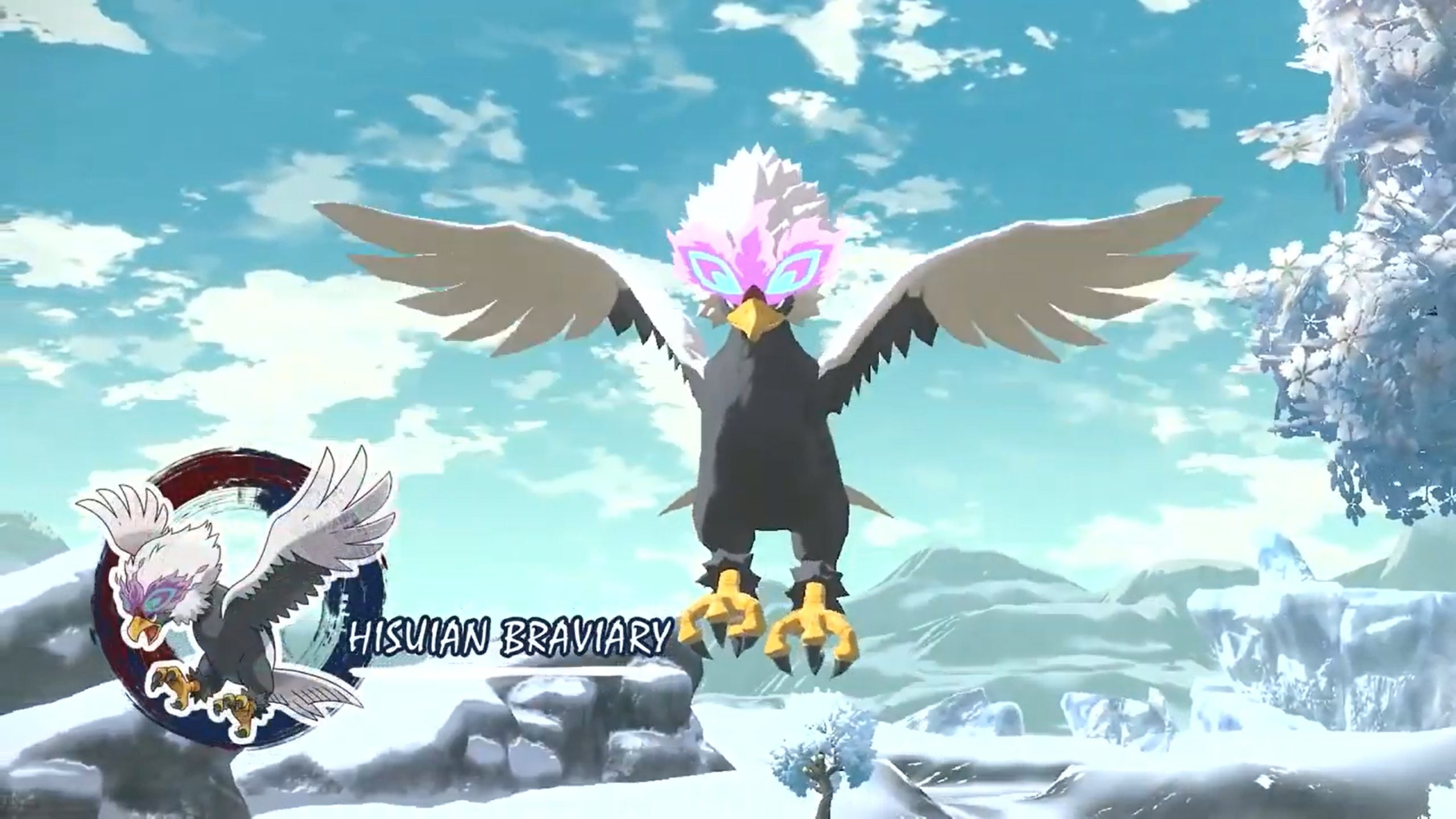 We also saw a Hisuian Growlithe — this Growlithe has longer, more voluminous fur than the previously discovered form of Growlithe. Highly vigilant, they tend to be seen watching over their territory in pairs. 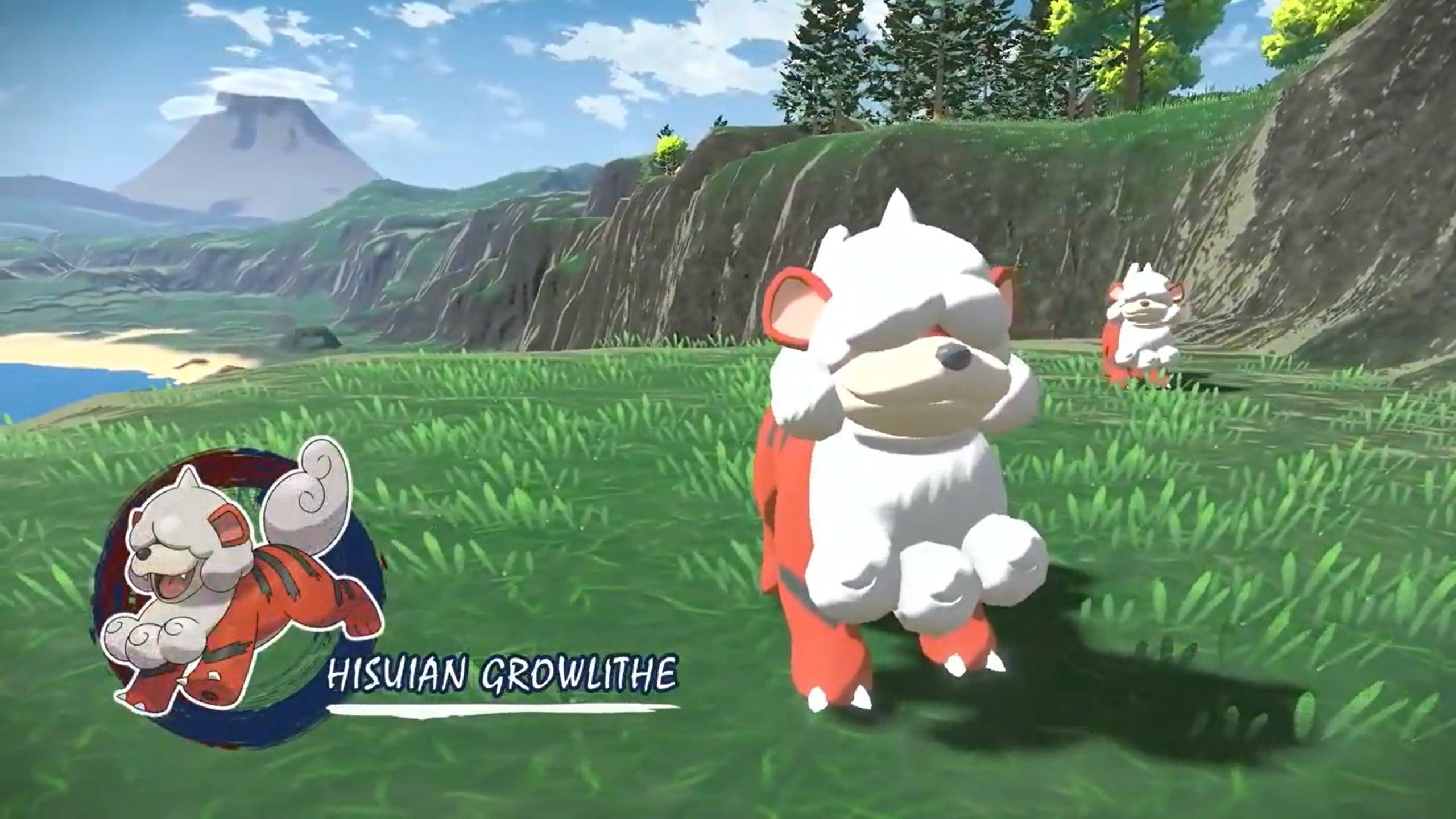 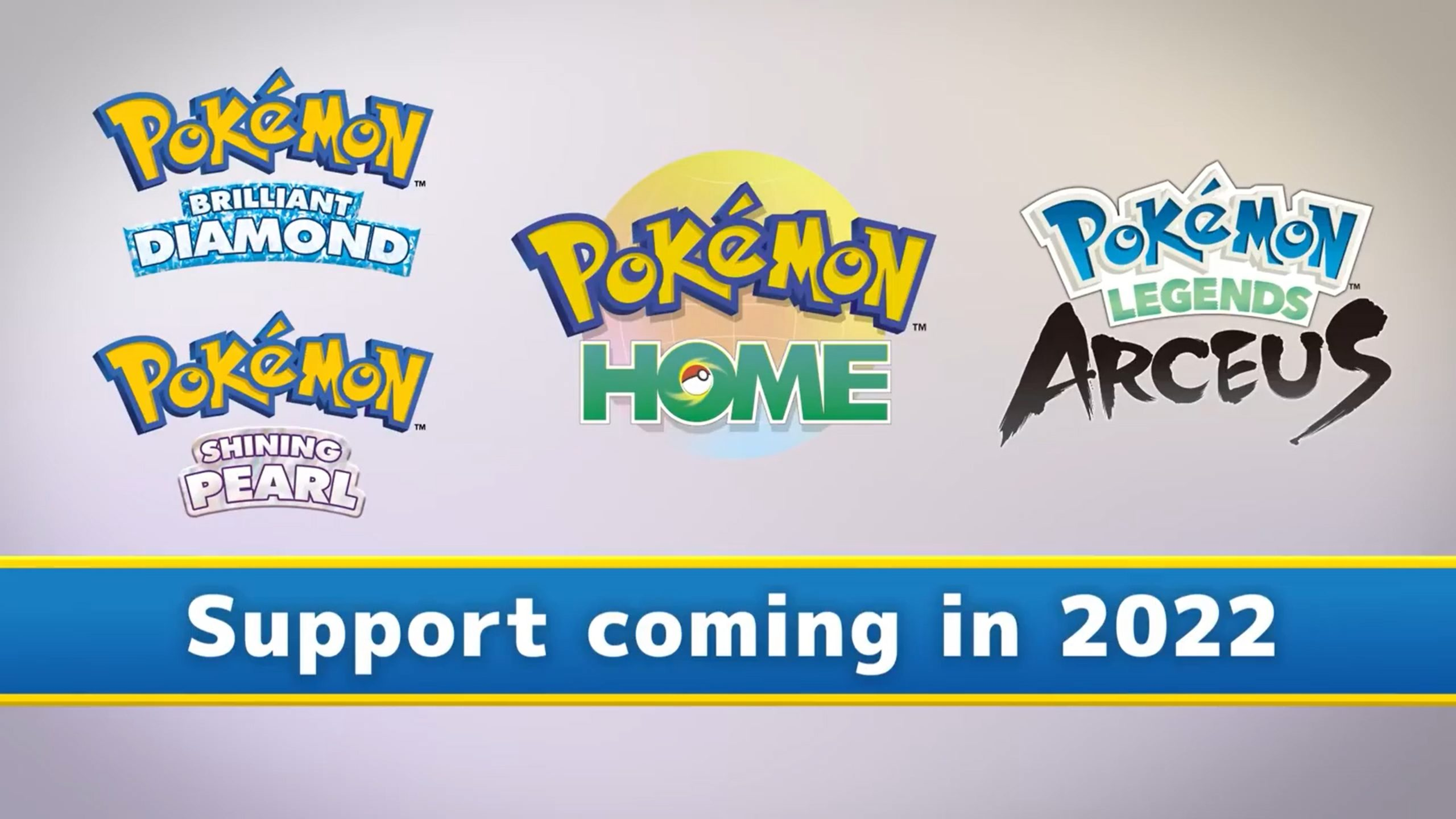