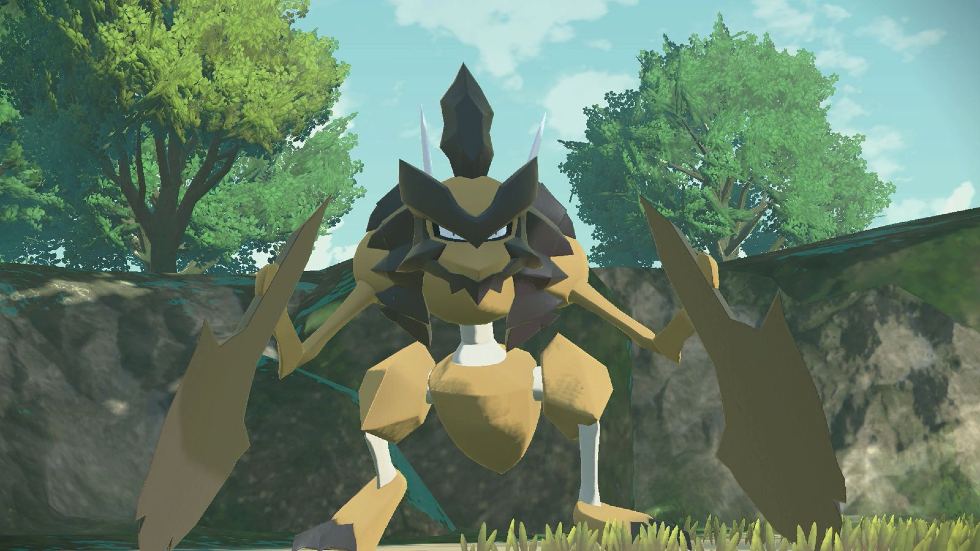 We got our first look not that long ago, the spin-off is set in the Hisui region and is the earliest version of what we know today as the Sinnoh region, long before the world we know today full of familiar towns and cities.

Players will gain access to the Arc Phone, a distinctive device that appears to take inspiration from the Mythical Pokémon Arceus. Also, the Arc Phone contains some sort of power that helps players as they complete their journey.

Furthermore, we get a look at alpha Pokémon, monsters with glowing red eyes that appear larger than normal. They are stronger and faster and can be aggressive against humans.

It seems like we’re getting a new type of Pokémon too, called Nobles. These are known to have received a mysterious blessing and go out of their way to help the people of the Hisui region.

According to the legends, these Noble Pokémon hold power, not even their regular counterparts carry and are given wards to be protected by giving them care and attention, ensuring their territory is unviolated.

However, something is driving them to go wild and lose control. There’s something to be concerned about and when a Noble creature loses its mind, it is difficult to get them back.

Today’s trailer also features a new region-specific evolution for Scyther, which happens when the minerals in the Hisui region cause it to evolve, with parts of its body turning to stone.