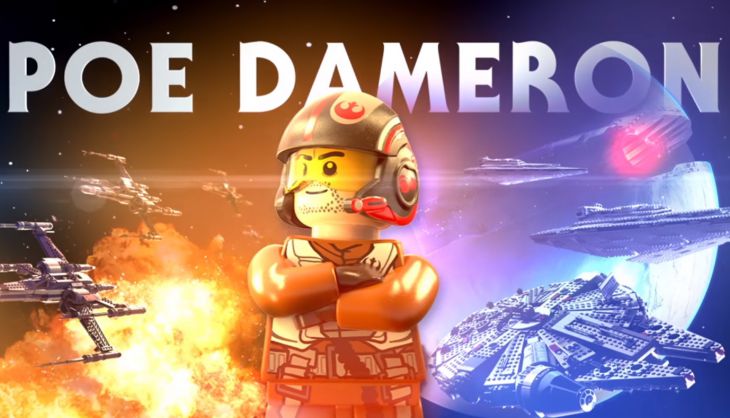 Poe Dameron was one of my favourite new additions of Star Wars: The Force Awakens. So when I saw this vignette on Poe Dameron in my inbox I was ecstatic to see this. And to make it even better, Oscar Isaac is returning to voice our beloved Poe.

• Relive the Blockbuster Action – Blast off into a new and improved LEGO Star Wars experience that takes fans deeper into the new film than any other game, retold through the clever and witty LEGO lens.

• Variety of Characters, Vehicles & Locations – Play as all of the heroic characters from the movie, including Rey, Finn, Poe Dameron, Han Solo, Chewbacca, C-3PO and BB-8, as well as Kylo Ren, General Hux and Captain Phasma, while exploring iconic Star Wars locales, such as Jakku and Starkiller Base, and utilizing a multitude of vehicles along the way.

• Build… and Rebuild – Through the enhanced Multi-Builds system, players must choose from multiple building options – to puzzle solve, or just for fun – all advancing the game in different ways.

• Experience the Galaxy Like Never Before – Experience the thrill of high-speed, action-packed flight gameplay like never before, including arena-based battles and dogfights in space.

• More “I” in A.I. – Enemy fighters can now build using LEGO bricks to support their fellow Stormtroopers, calling in air support, reinforcements or heavy artillery – taking the fight to the Resistance with the power of LEGO!