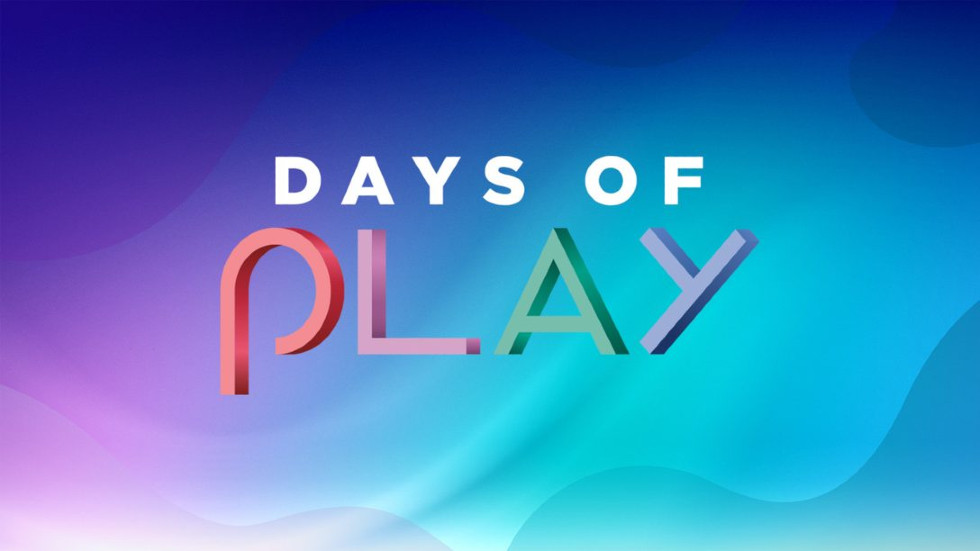 PlayStation’s Days of Play Starts May 18

Sony’s annual Days of Play celebration is set to begin next week and this year includes some prizes for those who decide to sign up for the free themes and avatars.

This year, the PlayStation community is being asked to work together and play as one to earn prizes. Each time you play, you add towards the community goal and each time that stage goal is reached you unlock an avatar or theme for your PlayStation 4.

So what prices are there, you may be asking. I’ve screen grabbed the pool of goodies you can work towards below: 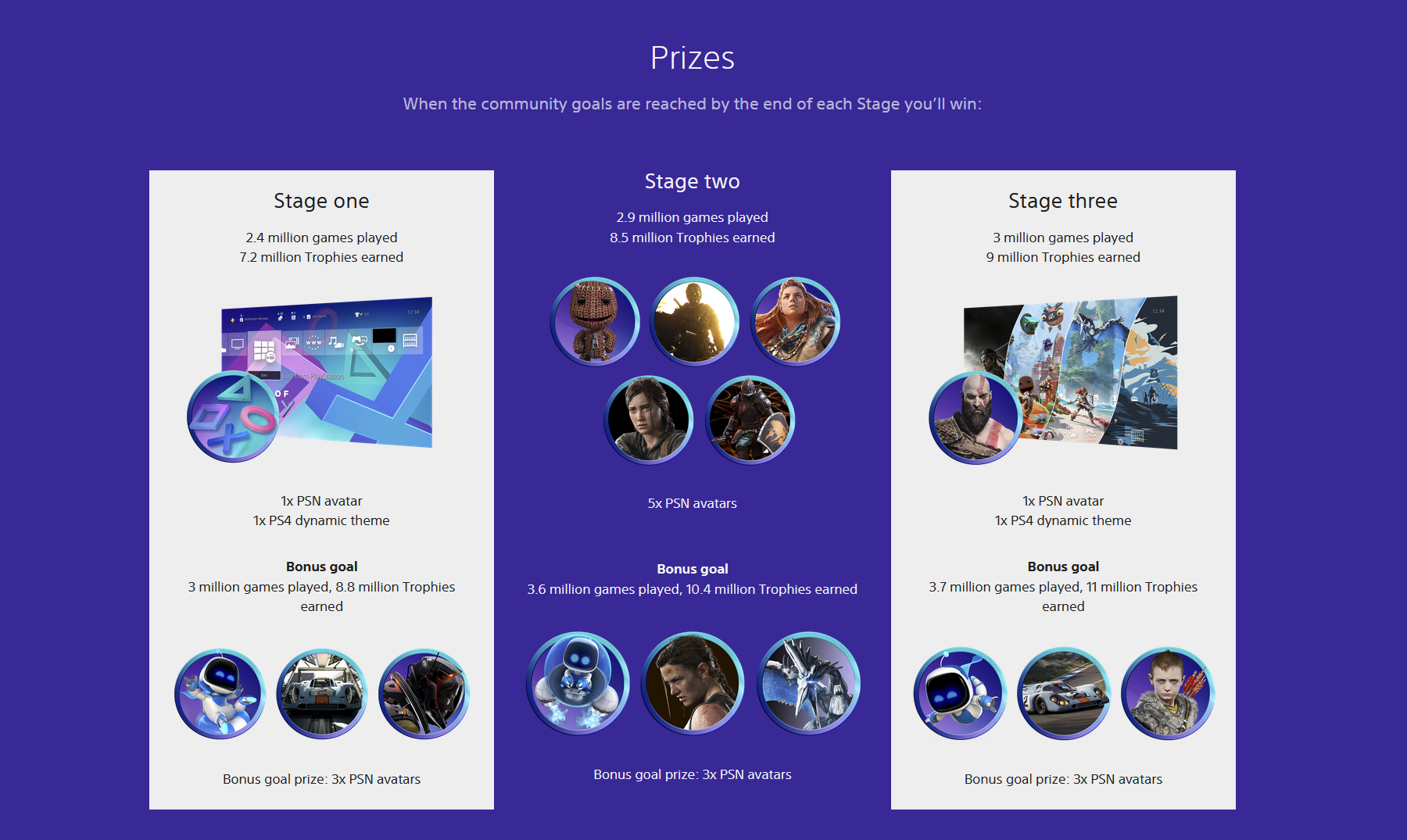 The PlayStation Player Celebration opened today and Sony said it’ll stay open until the end of the month, May 31. Simply log into and on May 18, start playing games to get through the three stages and completing the community goals.

Stage Three begins on June 1 and runs until June 7: 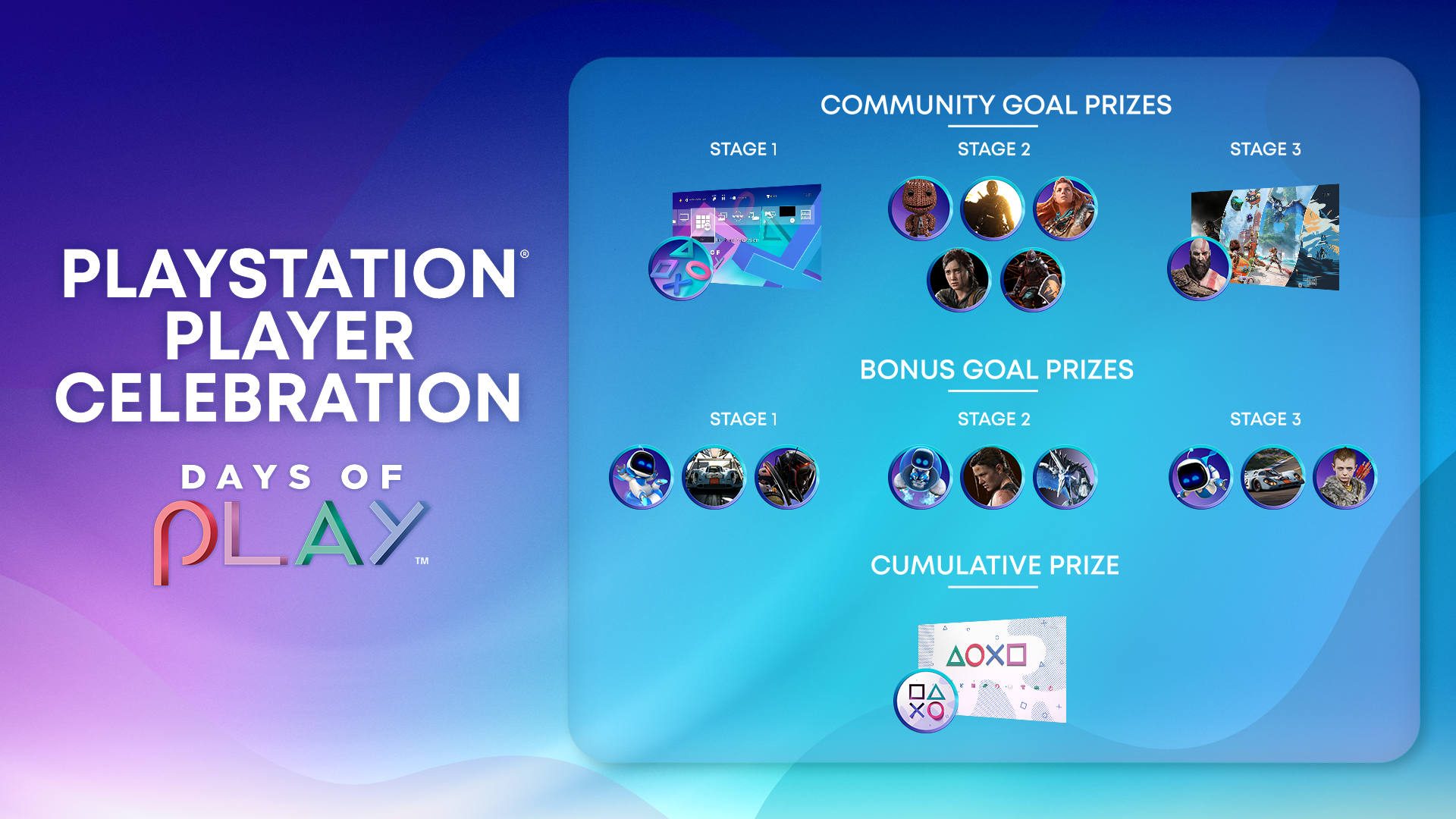 A Days of Play sale will kick off later this month, and the sale will feature PS4 and PS5 titles.