PlayStation Plus Titles for April 2021 Announced

And just like that, April is here! Today, Sony Interactive Entertainment revealed the games you’ll get if you are a current PlayStation Plus subscriber. 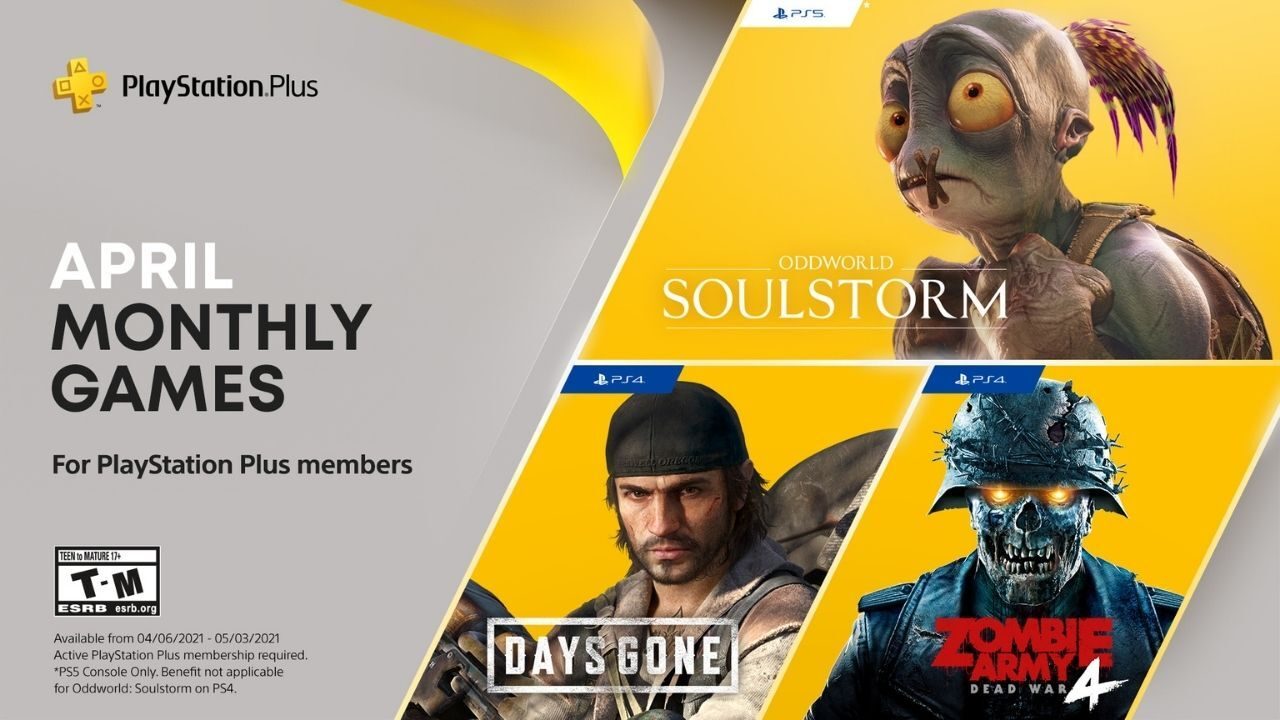 The lineup, which will be available beginning on April 6, is certainly worth checking out – especially Days Gone, which has been significantly improved since launch and now is absolutely a must-play if you own a PlayStation 4.

Oddworld’s Abe is back and following the events of 2014’s Oddworld: New ‘N’ Tasty, Abe must help his fellow Mudokons and save them from peril. Days Gone puts you in the boots of Deacon St. John, a former biker who is left to survive after humanity turns into Freakers, mindless monsters with a taste for humans. Lastly, Zombie Army 4: Dead War comes from the developers of Sniper Elite 4 and you’ll face off against undead hordes of zombies, occult enemies and use epic weapons to stop them.