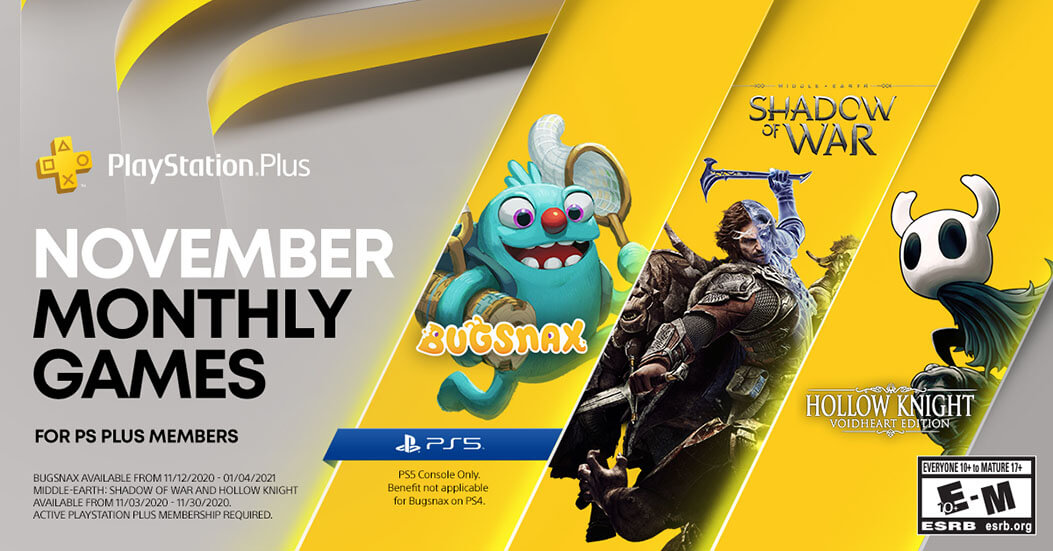 PlayStation Plus Gets Bugsnax in November

To kick off the console launch of the PlayStation 5, Sony has confirmed that in November, PlayStation Plus subscribers will gain access to some great games, which now includes Bugsnax for free.

When the game launched, I said that “Shadow of War is a world with endless gameplay that provides players hours of quality content that is sure to intrigue many fans.”

PlayStation Plus subscribers will also get to play Hollow Knight: Voidheart Edition. You’ll dive into a sprawling underground world of Hollownest to deal with bizzare creatures and befriend bugs.

Here are all the games coming to PlayStation Plus Collection on November 12.

From our third-party publishers and developers: