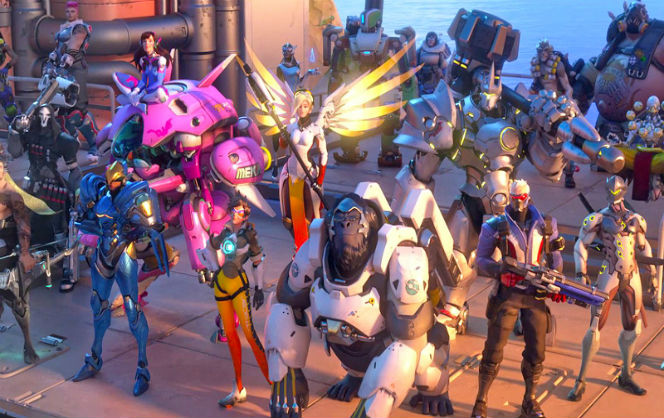 Here Are The PlayStation Blog Games of the Year 2016

The award winners of 2016 are in for PlayStation titles, and the readers have spoken over on the PlayStation Blog. According to the post, over half a million people voted in 2016’s award categories. Below are the categories as well as Editor’s Choice from the territories:

Editors’ Choice
Overwatch. Blizzard’s meticulously designed, ultra-polished, and highly accessible team shooter represents the biggest leap for the competitive FPS genre in nearly a decade. Its impact will be felt for years to come.
Sid Shuman, US PlayStation.Blog
Dark Souls 3. It’s been a great year for games, no? Uncharted 4, Titanfall 2 and Dishonored 2 ran it close, but my pick for GOTY (predictably) goes to Hidetaka Miyazaki’s latest dark masterpiece. The “shock of the new” might be gone, but the level and boss design is as good as any in the series.
Fred Dutton, EU PlayStation.Blog
The Witness. The minimal aesthetic lets Thekla’s brain-squeezing puzzles take center stage, and I couldn’t bring myself to give up on them. Thank goodness for that, because finally completing “The Challenge” is one of the most rewarding moments of any game in recent memory.
Justin Massongill, US PlayStation.Blog
Hitman. The masterful level design and vast array of player choice — combined with the brilliant games-as-a-service structure — kept me coming back to the game week after week and resulted in my most satisfying gaming experience this year.
Zac Minor, US PlayStation.Blog
Overwatch. This is one of the strongest debuts by a collection of characters since Street Fighter II. Every hero is uniquely individual and instantly memorable, yet Blizzard manages to make this mob perfectly balance against one another. I can get my fix with a quick match or happily lose an evening to a whole season of them. Just great design, mechanics, and balancing. Brilliant.
Gillen McAllister, EU PlayStation.Blog

A stupendous year for high-quality games, with strong poll showings from The Last Guardian and Doom. But in the end, it was Naughty Dog’s send-off for Nathan Drake that claimed the Platinum, scoring more than 40% of total submitted votes.

Though Firewatch was the decisive overall winner, voting trends in this category showed a wide spread. Alone With You, Severed, and Darkest Dungeon all left a strong mark on the polls, though not enough to place.

The votes were fairly split here, but Rocksteady’s atmospheric mystery ultimately took the top slot. Rez Infinite, Rigs, and VR Worlds each saw lots of support in the polls, though not quite enough to place.