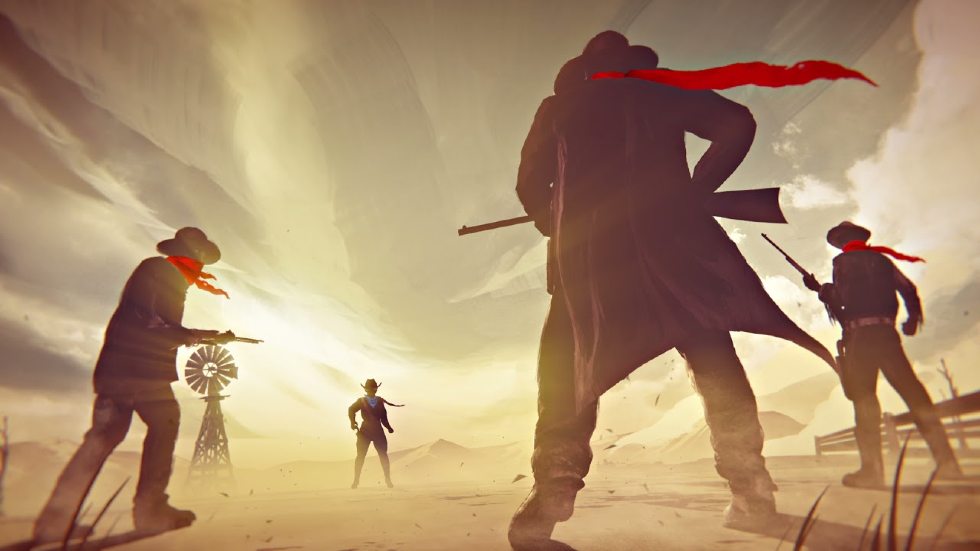 Canadian developer Cloudhead Games is working on a campaign for Pistol Whip on August 12, and we’ve got the details on what to expect when it launches next week.

The new Western-themed campaign is called Smoke & Thunder and arrives on Oculus Quest, PCVR, and PlayStation VR on August 12. The campaign is adding a fully-voiced campaign, “pulse-pounding star-studded soundtrack,” and what the developer calls the game-changing Styles system offering “endless replayability.”

Cloudhead’s previous campaign took players to 2089, narrowly missing the cursed 2077 while Smoke & Thunder looks to the past for the next adventure. The developer is promising new mechanics, weapons, and a new outlaw threat with a big boss to take down.

Oh, and that star-studded cast soundtrack has some heavy hitters like The Heavy, Black Pistol Fire, Bones UK, Devora with a never-before-heard song from Magic Sword.

Whether you’ve wanted to be Clint Eastwood or Marty McFly in the Old West, Smoke & Thunder‘s campaign transports you back to the time of heroes in an immersive Western sim starring sisters Jesse and Tess.

And if you’re looking for something outside the box, the new Styles system allows you to combine your preferred weapon type with upwards of five modifiers to create scenes straight out of an action movie. You’re free to find a Style you prefer and even challenge friends to dominate the leaderboard.

Some of the weapons you’ll find for use in Styles includes the Brawler, transforming from the No Ammo modifier into a new melee mode. The previous campaign’s 2089 mode included a Burstfire mode which is found in Styles, too. Basically, the possibilities are endless when playing Styles and it’s up to you to find something you like.

On August 15, Pistol Whip will go up by $5 after launching Smike & Thunder and Styles. After that date, the game will retail for $29.99 on storefronts.