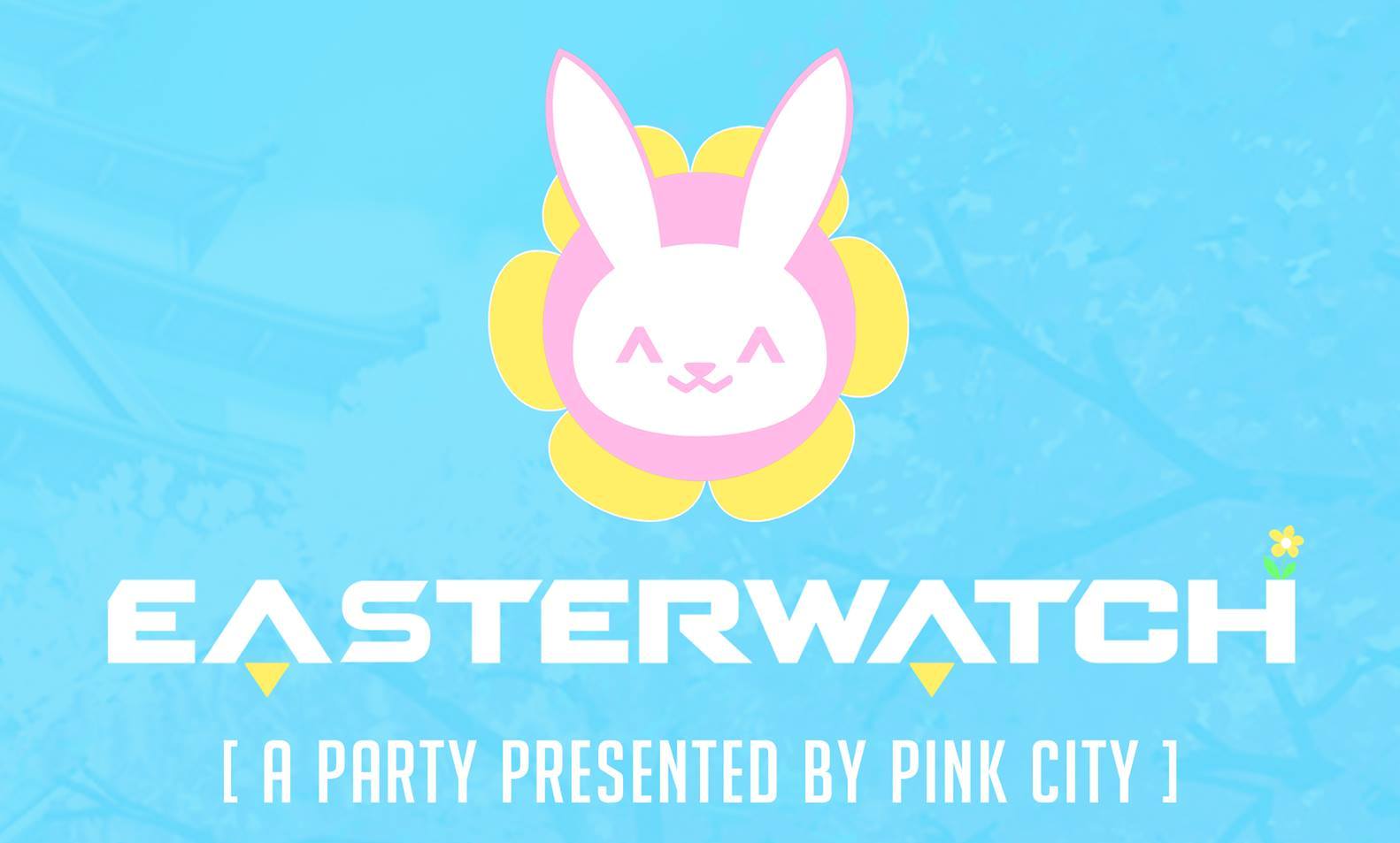 Taking place on Saturday April 15th in Toronto at Raiders Esports Centre, Easterwatch invites everyone to attend and dressing up as your favourite Overwatch hero is encouraged! Aside from the basic party necessities, music and dancing, Easterwatch will have themed drinks and special guest. In the past Pink City’s guest have included Shaun Hatton (formerly Reviews on the Run), Holly Wolf and Zombie Bit Me. Also fans can play Overwatch 3vs3 elimination matches with Toronto Esports Club, a pro Esports team, and win prizes. The prizes don’t stop there as the best Overwatch cosplay will win one of Pink City’s Sombra inspired “HACKER” jacket!

The 19+ event is $5 before 11 p.m. (or free if you are dressed in Overwatch cosplay) and $10 after 11 p.m. Although this will be Pink City’s first party at Raiders Esports Centre they are no stranger to throwing the ultimate geek parties, like their Fan Expo Pokemon themed afterparty last year. However this time around they are taking the theme further by teaming up with Henchmen Studios, prop makers extraordinaire, to help bring Overwatch heroes to life!

Pink City was founded by brother duo, Chris and Mike Tung, who were disappointed by the quality and generic designs of nerdy clothes they ordered online. Fed up they took matters into their own hands by merging their love of pop and geek culture with fashion, to design eclectic streetwear that stands out from the rest. It’s no secret that celebrities and cosplayers are fans of the brand as Jessica Nigri, LeeAnna Vamp, Meg Turney and iiSuperwomanii are just some of the big names that have sported Pink City.