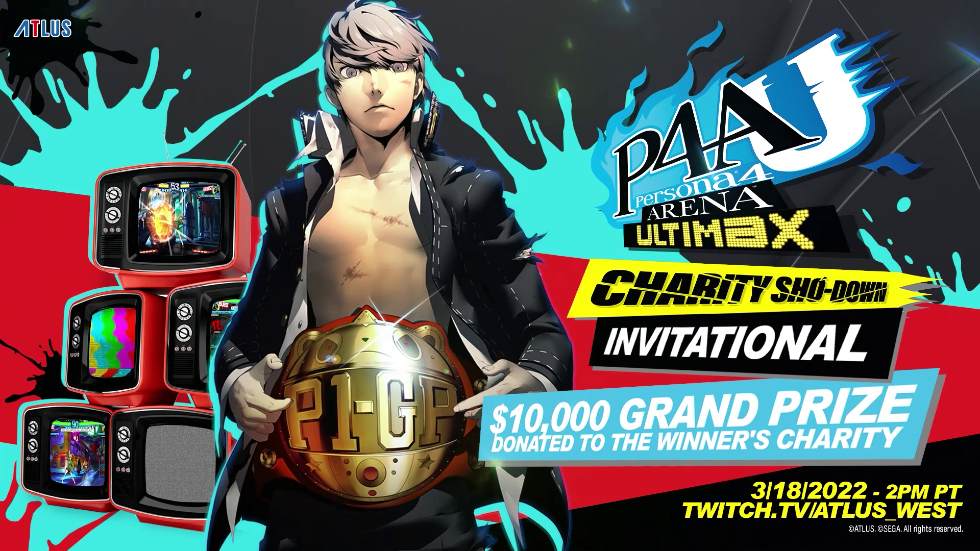 Atlus has announced next week’s release of Persona 4 Arena Ultimax will be celebrated with a charitable invitational tournament.

On March 18, 2022, eight of the top-level Persona 4 Arena Ultimax are facing off in an all-out brawl. This is an 8-person double-elimination bracket, with seeds randomly drawn on the day of the invitational.

Atlus is offering up some great prizes for players, too:

All non-placing players will receive a $1,000 donation made to their charity of choice as a thank you for their participation.

The below challengers will be representing their chosen charities in the invitational:

The Persona 4 Arena Ultimax Charity Sho-down will be hosted by Mynus, with the all-star commentary team NobodyExe, Bace, SuperKawaiiDesu and Fox.