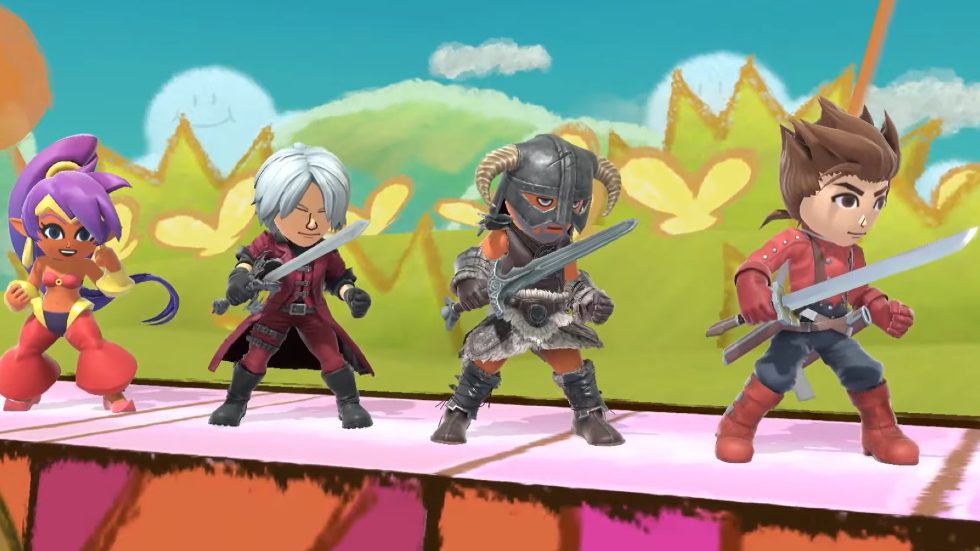 The Penultimate Round of Mii Fighter Costumes Arrives Tomorrow

The second to last round of Mii Fighter costumes are set to arrive tomorrow as part of the Kazuya Mishima update. These four fighters might not be what everyone was expecting but seeing them join the roster one way or another is a nice bit of acknowledgement.

Dante from Capcom’s Devil May Cry series and Dragonborn from The Elders Scrolls V: Skyrim will join the roster as costumes for the Mii Fighter in Super Smash Bros. Ultimate. Rounding out the Mii Fighter costumes updates is Lloyd from Tales of Symphonia and Shantae from the Shantae series.

The four costumes are joined by new fighter Kazuya Mishima of Tekken fame. He will be available with the four Mii costumes tomorrow as part of Fighter Pass Volume 2, retailing for $37.79 CAD or separately for $7.55 CAD. Each Mii Fighter costume retails for roughly $1.00 CAD. 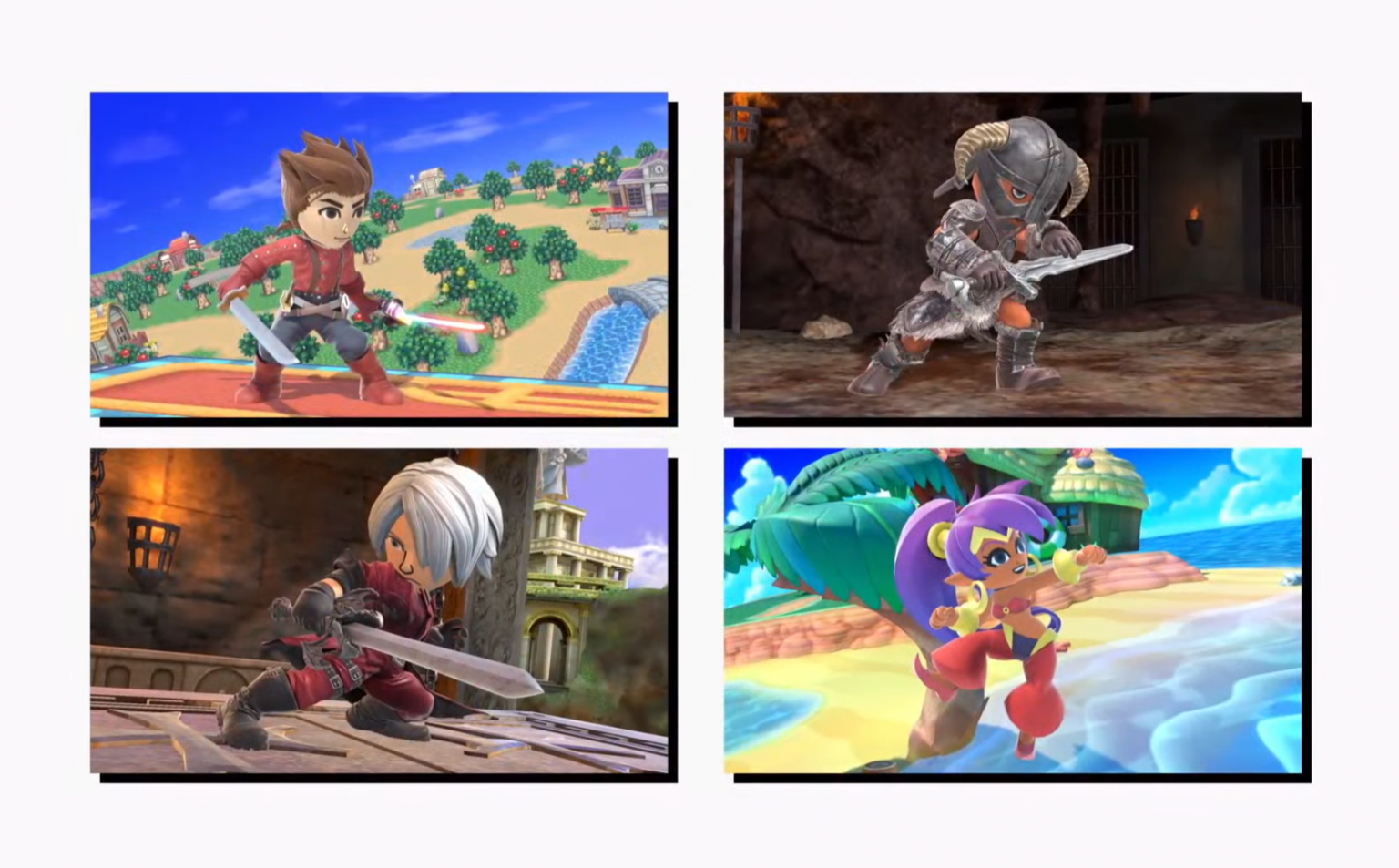 Earlier today, Masahiro Sakurai confirmed that there is one fighter left and this would conclude development on Super Smash Bros. Ultimate roster.