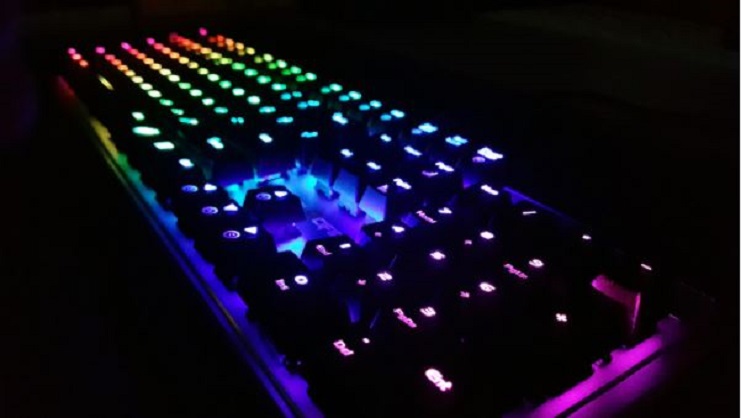 How Has PC Gaming Become Part Of Popular Culture For The Masses?

Back in the 1990s, PC gaming was widely considered a far geekier option than its console counterpart. Over the past decade especially, though, it has quickly become an option used by gamers of all background. Nowadays, it’s universal popularity is greater than ever.

In truth, seasoned PC gamers have appreciated the rewards for many years. But how has this form of gaming managed to reach the masses? Here’s all you need to know.

Twenty years ago, people were limited to Minesweeper and card games that helped develop an understanding. With computer literacy through the roof, it isn’t hard to understand why so many new gamers are now willing to try advanced PC titles.

Essentially, people now know how to use a computer and are aware of their immense capabilities. The influence of this factor is huge.

In today’s world, we all have a need for instant entertainment. While it isn’t an idea that’s limited to the realm of PC gaming, the ability to download games at a click of a button has certainly helped.

Gamers no longer have time to think about whether they want to purchase a game or not. One smart banner ad can be all it takes to download an App from iTunes or a game from Steam. Moreover, the special promotions that are sent to our email addresses can have an equally telling impact. Moreover, once the game has been downloaded, it can be opened with the click of a button from your home screen. For inexperienced and seasoned gamers alike, this simplicity can work wonders.

In addition to the easy access of titles, many casual gamers want games that are accessible in terms of gameplay. While the PC boasts some of the most challenging games on any market, it also has some of the easiest games to pick up.

Fans of nostalgia and retro themes can embrace titles like Wonder Boy that can be picked up and played without any previous experience. Meanwhile, emulators offer the chance to step back in time with games originally designed for old school consoles.

The popularity of games like Minecraft shows that PC games often focus on playability rather than flash graphics and gimmicks. The online capabilities and independently published games have helped consoles in this area too. However, for the simple gaming experience, PCs are now the best choice.

Ultimately, gaming is supposed to be a relaxed pastime that puts a smile on our faces. For many, the rewards of beating a boss or achieving the goals of the game are more than enough. After all, the storylines and graphics are often far more gripping than the average film. Other gamers need an additional incentive, though, and PC titles are what will provide it.

There’s no doubt that playing for money adds a little excitement. Games like online Foxy Bingo are free to download, so paying a few pounds to enter the games evens itself out. However, taking this option over traditional console games additionally offers a chance to win big.

Various websites also offer the chance to play sports games and shooters in a competitive field. These can be used for console games too, but have certainly aided the mainstream popularity of the PC.

Gaming is predominantly a way to cure boredom. Even if you only have 10 minutes to kill, internet games can solve those issues. There are hundreds of websites offering Flash games. They might not offer the same level of longevity as a console game, but they’re a great way to waste a few minutes.

The real game-changer, though, has come from social media games. Farmville, Candy Crush, and Words With Friends are all crazes that gripped the planet. Their popularity has decreased over time. Still, millions of users still choose these simple click games over the alternatives. The fact that they are relatively easy also adds to the enjoyment.

Some players have been known to fall into the trap of paying silly money to bypass tasks. But for a gamer that enjoys a balanced approach, this type of gaming can be very attractive.

It’s already been touched upon, but the plethora of games on the PC easily outweigh any console. PlayStations and other consoles are somewhat limited due to the hardware as well as the need for quick sales.

Given that PC sales are greater than consoles due to their other uses, publishers can target niches. Therefore, we see simulators and educational games as well as the more traditional titles. Therefore, gamers looking for something slightly different are equally like to find the perfect game on this market.

Independent publishers increase the variety even further. Meanwhile, the ability to alter monitor setups plays an important role. This is especially useful for serious gamers but is also a big reason for the wider popularity.

The average console is going to offer a lifespan of somewhere between five and 10 years before it is replaced by the next generation. So, while a great gaming PC is more expensive to build, it probably offers more value for money.

It’s possible to replace virtually every part of your PC, ensuring that it is always ready for the latest titles. Moreover, broken parts are unlikely to cause a catastrophe. Get the ring of death on an Xbox, however, and you’ll probably need a new one altogether. No gamer wants that, regardless of their experience or ability.

Worse still, it’s not only the old console that becomes obsolete. Games, accessories, and other items become almost worthless. At least if you decide to sell your PC, you should gain a fair price.