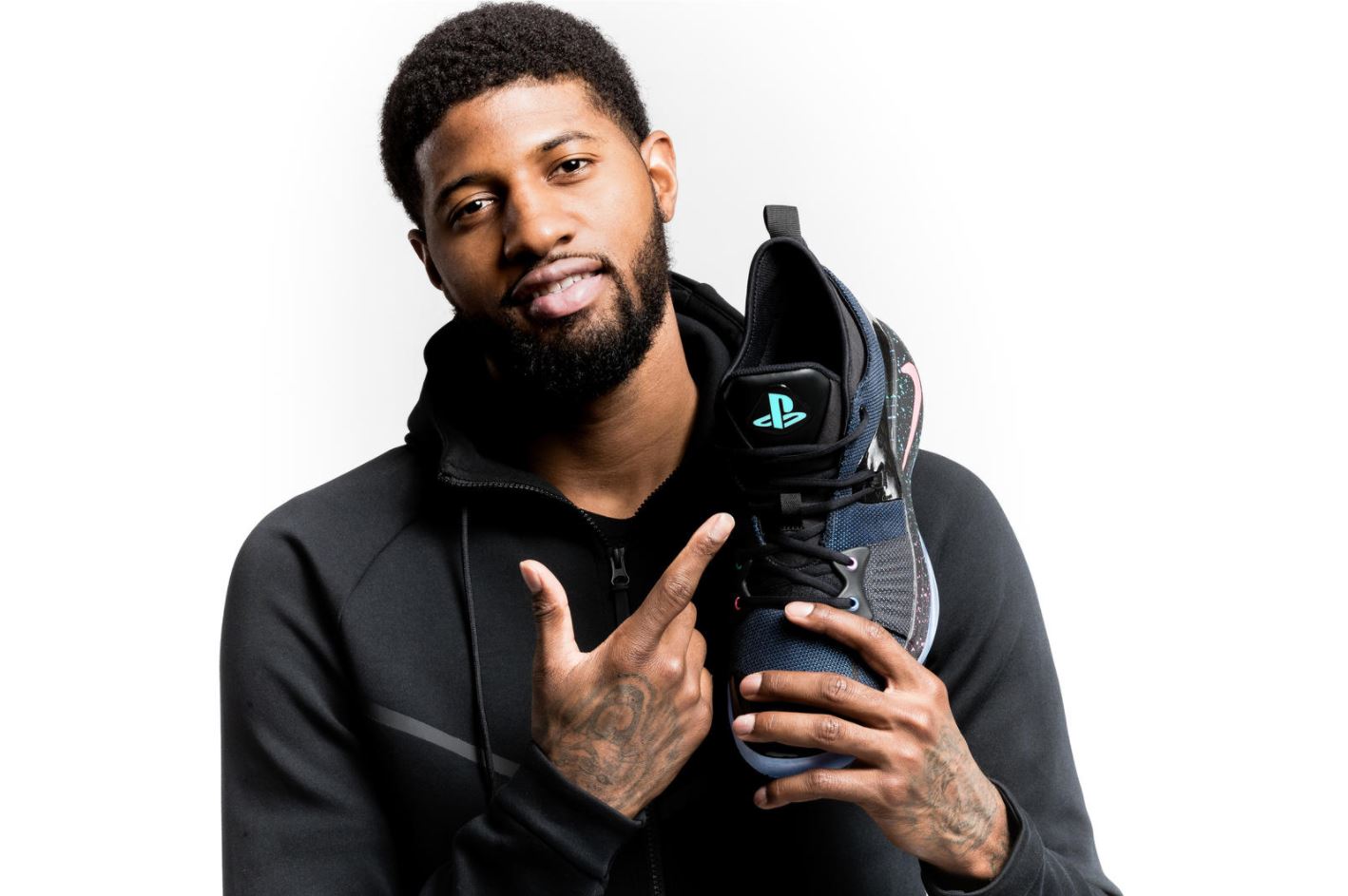 Paul George revealed his signature PG1 last year, and as with many things today, the first of anything leaves room for improvement.

I’d say Paul George went above and beyond with the PG2, which he debuted this past weekend against the Cavaliers.

“Think about the heritage of Nike Basketball in general and all the signature athletes we’ve had along the way and how exciting a lot of those products have been and how they’re so culturally relevant,” says Tony Hardman, designer of both the PG1 and PG2. “To be a part of that legacy is heavy; you just try to put your stamp on it along the way.”

The PG2 is themed around the PlayStation brand and feature light up tongues featuring PG and the PlayStation logo. When you turn the lights on, the shoes send a vibration through the shoe much like you would find in a DualShock controller.

Furthermore, as nice as these shoes are, you can’t parade them around like you want to. There is roughly a 150-hour lifespan on the lights for these shoes, and are not replaceable when the battery dies. You’ll want to be conservative with them. Also, the eyelets on each shoe resemble the colours found on the PlayStation’s DualShock controller.

Purchasing these shoes also grants you access to a special dynamic theme which can be redeemed on the PlayStation Store, with the code directly placed on the left shoe.

If this is something you see yourself purchasing, you can do so for $110 USD starting on February 10.