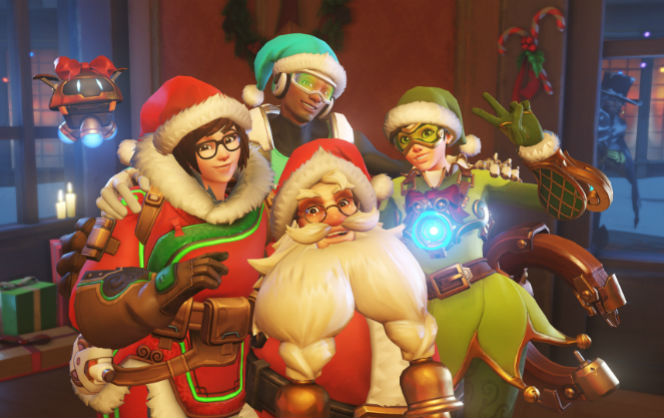 Fans of Overwatch are going to want to log on to the game tomorrow as Blizzard is bringing Winter Wonderland back to the game for the second year in a row. The event is set to start tomorrow (December 12th) on PlayStation 4, Xbox One, and PC and last until about January 2nd, 2018.

The Winter Wonderland event will include a bunch of new skins both returning and new ones. Hanzo, as well as Junkrat and Roadhog, are set to receive new skins. A brand new game mode is coming as well. In ‘Mei’s Yeti Hunt’, the game pits a team of five Mei’s against one Winston. The point of the game is to hunt down Winston as he gathers meat around the map and fuels his Primal Rage. If Winston fully powers up before being caught then the Mei’s must hurry up and escape.

Additionally, Mei’s Snowball offensive is making a return. I’m incredibly excited for this as I missed it last year. In this game mode, its a 6v6 (all Meis of course) and your primary fire is snowballs! The Snowball Offensive will take place on the Black Forest map this year.

Speaking of maps, the Black Forest map as well as the Hanamura, King’s Row, and Ecopoint Antarctica will all receive festive makeovers fit for the holiday season!