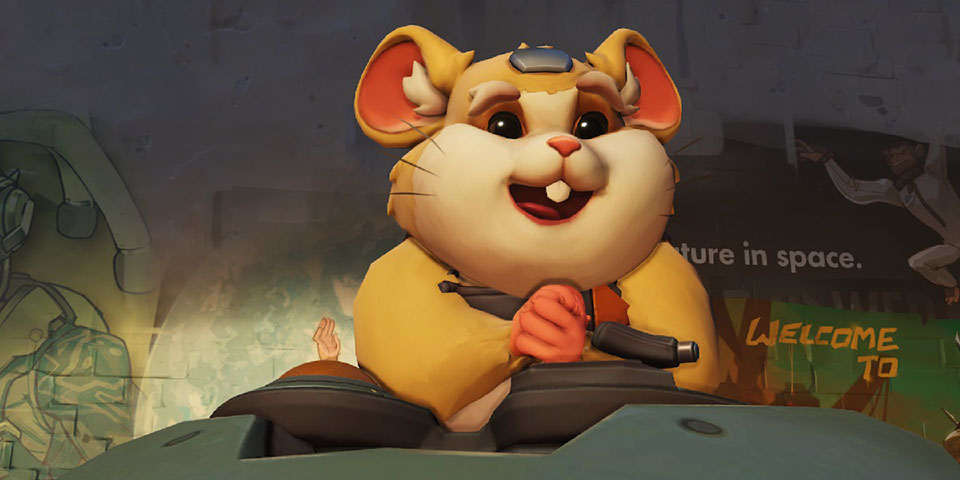 Overwatch Reveals Newest Hero And It Is A Freakin’ Hamster!

Blizzard’s official Twitter account revealed the newest Overwatch hero today, and while fans had ideas of who was being teased, no one expected a hamster piloting a spherical warmachine as it rolled joyfully into the picture. I know I didn’t and that’s why this reveal has been the best of all so far.

Over on the official Overwatch website, Hammond pilots Wrecking Ball, the newest hero and his stat page is pretty neat! If you follow the lore behind the game, you’ll know that Winston and Hammond are two escaped test subjects from the Horizon Lunar Colony. Just like Winston, Hammond was experimented on and soon the creature’s “intelligence grew, and he became more curious about the world around him.” Hammond would frequently escape the scientists moving around the moon base, as he secretly learned to be a mechanic.